If it ain't Baroque, fix it!

I'm a serious classical music lover.  And in particular I have a soft spot for music from the Baroque era.  So when I came across 'A House Near Luccoli" by All Things That Matter Press author D.M. Denton, I got very excited.  This is a historical novel centered on the later years of the life of Italian Baroque composer Alessandro Stradella, who was renown in his time and lived a particularly spicy life.  More than one contract was put on his head.  There was a botched murder attempt, after which he moved to Genoa to live in a house provided by the very man who had attempted to eliminate him.  This is where Denton's novel picks up his story.  Stradella lived about four more years before someone stabbed him to death - a murder that has never been solved.

Okay, those are the bare facts.  Author Denton, in 'A House Near Luccoli' introduces a fictional character, Donatella, who narrates.  Donatella lives in another apartment in the same house.  At first she is sure that she shall have nothing to do with the composer.  But in time the entanglement begins ...

"Classical musicians were the rock stars of the seventeenth century, especially in places like Genoa, Italy. A House Near Luccoli takes an interesting approach to one of those stars, Alessandro Stradella, a composer who was famous during his life but whose fame has faded compared to contemporaries such as Vivaldi and Handel. The book's narrator is Donatella, a young woman who has the good fortune to live with her aunt and ailing grandmother in a house owned by Signor Garibaldi, the prince of Genoa. The prince offers an area of the house to Stradella as a place to stay and work while he's in Genoa. The novel is told from Donatella's point of view. If the plot was set in the twentieth century, A House Near Luccoli would have been Patty Boyd's story rather than George Harrison's or Eric Clapton's.

In keeping with its period, A House Near Luccoli reads more like a symphony than a rock song. It is separated into parts that are like movements of the larger work. The language is not simple, making it the type of book I like to read slowly. There is so much in every phrase and I found I was often flipping back to let the meaning of Denton's words sink in.

Donatella loves to paint. Her sense of style and perfect hand make her the ideal copyist for Stradella's work. This is pointed out by Nonna, Donatella's grandmother, in an interesting scene where Nonna appears to be offering her granddaughter to Stradella for multiple purposes. "'Come here,' Nonna pleaded as Donatella could never refuse. 'Look, signore, at the beauty in her.'"

In addition to his composing Stradella's duties include performing. He calls on Donatella to sing while he plays and he tutors her for that task in one of the most sensual sections of the novel. "'Keep your arms up.' His hands pushed against her diaphragm. 'Make it a sliding note, higher, higher,' he dropped them from the inflation of her breasts, 'with body and voice until you can't feel any difference,' to her waist. 'Reach from your toes!'"

A House Near Luccoli mixes fictional with historical characters. It was fun to use Wikipedia to learn more about Stradella as I read the novel and Youtube to hear performances of his music. I recommend this book for readers who enjoy historical fiction with beautiful language. 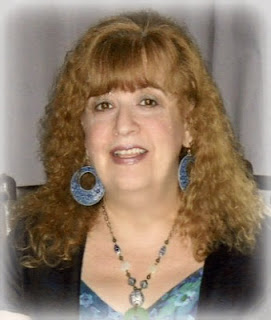 D.M. Denton has an interesting life story of her own.  She was born in Western NY State, where she still lives.  Her love of writing appeared at an early age.  Her musical tastes came in part from her Concert Pianist maternal grandmother; and some of the most defining years of her adult life were spent studying and living in rural England, in a yellow-stoned village with thatched cottages, a duck pond, and twelfth century church and abbey turned Jacobean manor house. In addition to writing, music, art, and cats, Denton is passionate about nurturing nature and a consciousness for a more compassionate, inclusive, and peaceful world.

This is the ninth of a short series of Author profiles that features fellow authors in the All Things That Matter Press family.