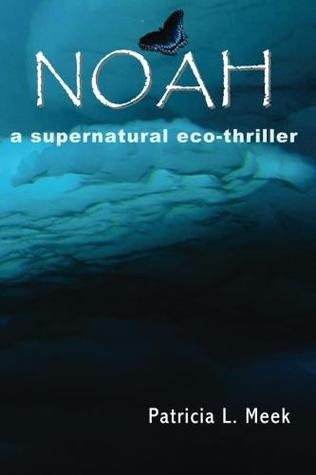 Author Patricia L. Meek has written a modern day rendition of this classic biblical tale.  'Noah: A Supernatural Eco-Thriller', published by All Things That Matter Press, has a stated aim to "confront readers with the fragility of life in order to evaluate one’s relationship to the Earth as a living, sentient being in order to awaken consciousness so we might live more fully and presently in the fragile gift of life itself."

"Noah is a mystic/environmental thriller set in contemporary New Mexico. Noah, a fifty-seven year old carpenter, is in love with the much younger Bambi, a psychotherapy graduate student from Georgia. Noah’s simple life is disturbed when he hears God’s voice speak to him on an abandoned television in the desert. It is then that he has his first vision of a star child who tells him there will be a celestial rebellion. This is the first revelation of a celestial intervention to stop a diabolical plot by the POA.

The POA, (Protectors of the Apocalypse), is a powerful, clandestine global organization that is intent on insuring the apocalypse as a means of purging population and retaining global domination. Noah is commanded to build a vessel worthy of a birth. He struggles to accept his commission to build an ark, as he must tell Bambi and is worried about her clinical reaction; and also, he must collect scat in order to preserve DNA as a means to save animal consciousness to be restored to an earth utopia.

To complicate Noah’s struggle, he finds there are two supernatural beings attached to him—a demon named Charlie and a daemon named Danwho represent the greater celestial plan of earth’s cataclysmic transformation. This “plan” comes from the cosmic source that Dan and Charlie call the Mystery.

Noah is a quirky, action-packed narrative. It is a rollercoaster ride that takes the reader through the polarization of science and religion, technology and indigenous wisdom. Noah’s struggles are the struggles of all of us as we attempt to find meaning in Universal paradoxical patterns. Noah will speak to everyone’s struggle with planetary changes and the expansion of evolutionary human consciousness. Noah is a wisdom tale for wise folks."

Available reviews for 'Noah' are uniformly glowing, but unfortunately also uniformly brief.  Here, for example, is the review written by M. Richards:

"I found this book to be filled with more layers than I knew what to do with! Absolutely a book I will be reading several times; it's one of those stories that changes along with the reader's own evolutionary process. A fun and twisty exploration of reality. Beware, there is some major mojo packed inside!" 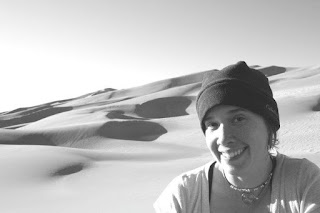 This is the fourteenth of a short series of Author profiles that features fellow authors in the All Things That Matter Press family.