It's done - a nine year trek laying down an unbroken path to the front door of every address the post office has ever delivered mail to me – 21 of them – plus some other special and significant places.

It ended at its high point, both emotionally and in elevation, at the house that I built between 1976 and 1980 in the foothills of the Rockies, an address that was, back then, simply

Here are some 'then-and-now' shots of the house, of the garden-rock/rock-garden with embedded tree (that has gone from a spindly thing to a great natural bonsai in the past 40 years), and of the spectacular hundred-mile view (which hasn't changed at all): 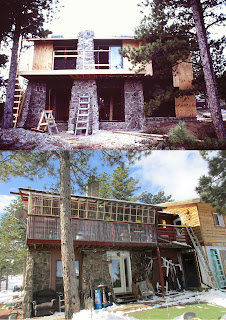 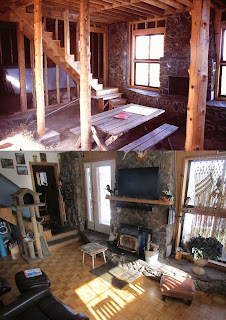 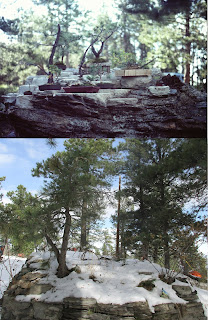 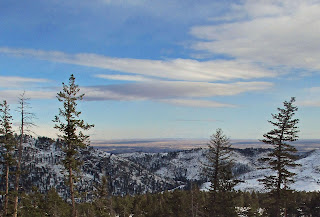 Each of the last six walks, covered in this long post, was truly an adventure, each very different.  As I've been doing lately, I'll cover them one at a time in chronological order:

I got to walk five miles with my major professor Dr. Bill Cotton, who was a fresh hire when I 'recruited' him to be my advisor.  He's just 8 years older than me, still walking, jogging, sometimes kayaking, on a regular basis. 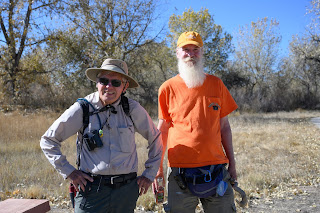 His wife Vollie and son Bill joined us.  The younger Bill is a photographer for the university, and the above photo is credited to him.  Here's the gang, along with Kobe. 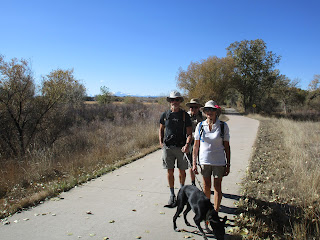 We were hiking the Poudre River Trail--a bike trail with plenty of great river views that runs from Greeley to Fort Collins. 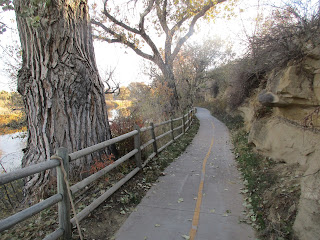 In Greeley I walked through downtown, passing the Weld County Courthouse and the historic adobe Meeker House.  Here's the GPS Track:

Day 120:  Temperature 22 degrees, with snow coming down all day, but little accumulation.  I hiked the Poudre River Trail and a road walk through a gap in the middle. 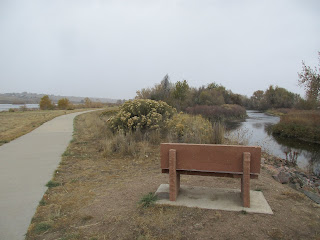 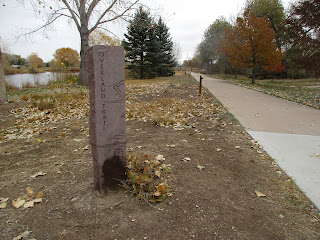 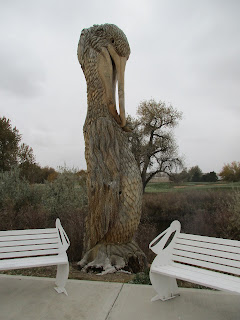 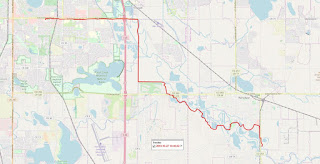 Day 121:  Temperature 17 degrees rising to 28 after a few inches of overnight snow.

Today I visited two of the three rental homes in town where I lived as a college student.  Bill walked with me again, for a mile or so in the middle.  I was on streets, and park trails and briefly back on the Poudre River Trail. 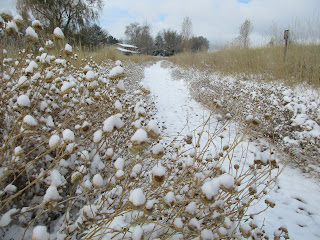 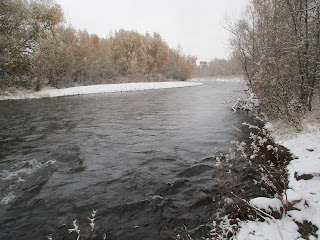 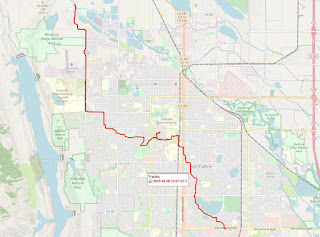 Day 122:  Temperature 11 degrees, wind chill below zero, seven inches of snow.  It was a truly nasty day, but I decided to venture out (not in my crocs - for the first time in several years) to hike almost nine miles and visit the last of the rental homes in town.  It's now abandoned, probably has been for years, and looks basically the same as when I lived there 1971-2.  It was a dump even back then.  Hiking into the stiff breeze for two hours, I reached the house with a big ice 'bib' or halo on my beard.  Here's the resulting selfie of me in front of the house. 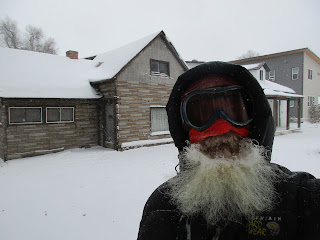 Later I was able to get rid of the goggles and face mask as I walked down-wind.  Took this video walking through Warren Park: 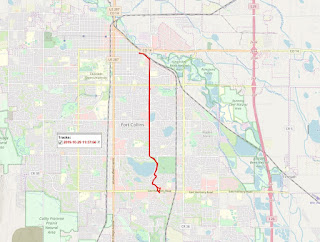 Day 123:  Temperature 30 degrees, bright sun, calm wind.  Landmark day, as I left the Great Plains, which I had hiked across all year, and entered the foothills of the Rockies on Rist Canyon Road.  As mentioned in the headline photo, the area suffered a major fire in 2012, so half the wooded landscapes I remember are now covered with the skeletons of the dead.  But the mule deer have proliferated since I was here.  They were a rare sighting in the '70's. Today I saw three different groups. 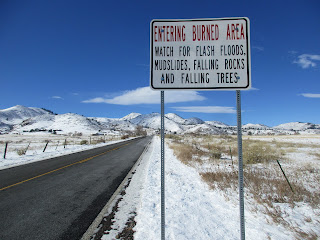 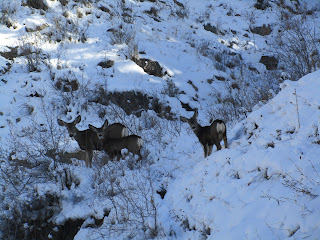 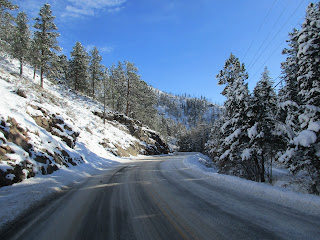 Here's our homely, friendly, familiar landmark, Whale Rock.  She's had dozens of coats of paint and lipstick over the years.  When I left in 1980 somebody had recently painted her silver.  Now its blue. 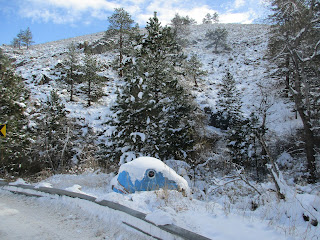 Day 124:  Temperature 28 degrees.  It was a short day, making the 2.3 mile climb on the private, unmaintained roads up to the final front door.  Then a visit to a stone house so full of memory I almost cried.  I spent four years of my spare time gathering the native rock from the property, mixing mortar, and laying the stone, one by one.  I did all the work myself except for a brief three-week visit by my dad. 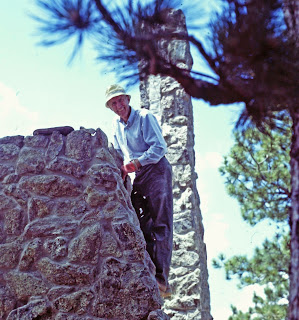 The current owners have lived there 35 years and could not have done a better job of lovingly decorating and maintaining it.  Photos already posted up above.


So what's next?  Well I was interviewed by Jayme DeLoss, media guru for the Department of Atmospheric Science.  So you'll just have to read her article for the answer.