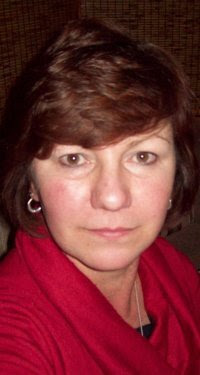 Maggie Tideswell lives in Johannesburg, South Africa, hates the traffic, and would like to settle in Sitka, Alaska some day - or some similar small town with mountains and forests.  My kinda gal :-)  She's been writing for decades, and originally did not intend for her work to go in the direction of the paranormal--it just seemed right for the characters as they came to life on the page.  I'm a firm believer that a good fictional character has to be like that.  It's the best way to make characterization seem natural, and most importantly, interesting.

Maggie's debut novel, 'Dark Moon' was published by All Things That Matter Press in 2011, and there are more books on the way.  Look for "Moragh, Holly's Ghost" coming soon. 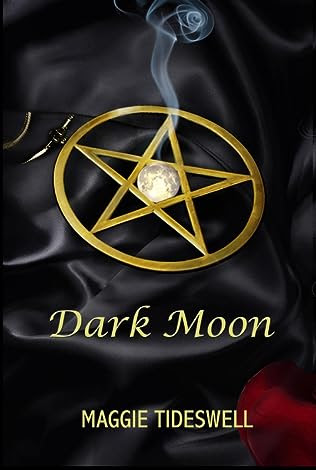 Set in beautiful Cape Town, South Africa, "Dark Moon" is the story of love and betrayal and misplaced loyalty. Storm has a choice to make, but is her information and perceptions reliable? Isn't she being unduly influenced? Trevor is an attractive man, but he is an expert at bending people to his will. Then there is Jarred...  In Storm's words, "One knew what to do with her, but he didn't love her. The other loved her, but had no idea how to treat her." One wanted to control her, and only one wanted her as his wife. Storm finds herself, her friends and every one she holds dear in mortal danger. What can she do to neutralize the evil that is following her?

In Dark Moon, the eternal triangle takes an innovative twist into the occult. Riveting plot lines will have you guessing from chapter to chapter - you won't be able to put it down until the dramatic ending. Read it on a stormy night, and you'll find yourself jumping at things that go bump in the night.

Here's a good informative review of "Dark Moon" from Books4Tomorrow:

"Yet again I was pleasantly surprised, and suitably impressed, with the writing of another South African author. Maggie Tideswell has done what only a handful of others have been able to do before her - and that is to prove that South African authors can compete on an international level with the best out there.

"Dark Moon" is a splendidly written novel which takes the reader on an unforgettable journey full of twists and turns and keeps you guessing until the end. The author introduces all the characters at the start of the book and develops their stories throughout to tie together in an explosive ending that will surprise even the most hardcore of readers. In this novel she expertly blends romance, mystery, fantasy and the occult; and explanations are given out of every angle and for every situation the characters are faced with, so that the reader isn't left hanging at the conclusion of the story. It is clear that Ms Tideswell has thoroughly researched every element that is used to make this a great novel.

The book is written in a unique South African voice and the dialogue reflects this accordingly. I have to applaud this author for being one of few who successfully uses the more-showing-less-telling technique. Not many have mastered this.

Set against the breathtaking backdrop of the Southern African landscape, any reader who hasn't visited the country before will feel like they are taken on an explorative journey to the spectacular sights, sounds and colors of this strikingly beautiful tip of the African continent. The author doesn't hold back on the descriptions of the characters' surroundings and thus lets readers immerse themselves into the real-life world the story is based on.

Even though I had reservations when I started reading this novel, I am now a dedicated reader of this author's work and am looking forward to what Maggie Tideswell will surprise us with next."

Maggie's  second book, Moragh, Holly's Ghost will be available late summer 2013. It's - you guessed it - a ghost story.  But it's also a romance.  Here's a review from Nora Chipley Barteau:

"All Holly ever wanted was to be married and have children. She thought she had her life's dream with Donald, her now husband and father of their two beautiful boys, and she thought he wanted the same. Why then did he find it necessary to cheat on her with his new assistant Gwen? She thought he loved her as much as she loved him. And now, why does he feel he has to be so cruel by keeping the boys away from her? What desperate measures will she resort to in order to be with her children and how many lives will it affect? Follow Holly in her quest to answer all of the questions haunting her life and find out how magic and the supernatural play a huge role in it. The tortured spirit of Moragh, who wanted her story told in death because her life, her very existence, was taken from her and thrown aside like yesterday's garbage.

In Moragh Holly's Ghost, Maggie once again shows brilliance in breathing life into her characters, allowing them to crossover into the reader's reality. As a reviewer and fan of Maggie's, I was excited when asked to review Moragh, not knowing anything about the subject matter, which peaked my imagination. I walked with Holly as she encountered love, disappointment, betrayal, magic and a bit of ghostliness. My heart was into this book from the beginning to the end.

Moragh Holly's Ghost is not your typical love story. It is a well written story by an author who puts all of her creativity, imagination, talent, heart and soul into her work. You as the reader will not be disappointed, and I encourage you to take a chance and get your copy today!"

This is the tenth of a short series of Author profiles that features fellow authors in the All Things That Matter Press family.
Posted by PJ Wetzel at 4:41 PM