Character fiction at its best 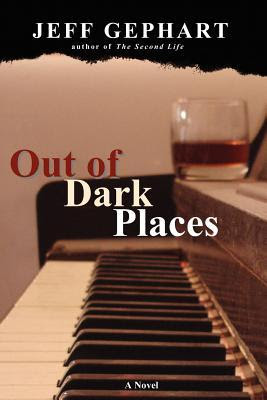 Jeff Gephart paints characters with words, and he's a master at the art.  His latest novel, 'Out of Dark Places', published by All Things That Matter Press has so many glowing reviews that share this repeating theme.  I'm convinced.

Let's start with Jeff's own 'blurb' (I don't like that term but don't know of a better one - a blurb is a synopsis or a 'jacket/back-cover teaser' intended to draw the reader in without giving away the story):

"Lukas Willow was once a musical prodigy, but his life took a vastly different turn when he discovered that he possessed unexplainable clairvoyant powers. Haunted by troubling visions, he has become an alcoholic recluse, his life suspended in a stagnant state of paranoia and self pity. When the mysterious Katie Reiker, a beautiful but emotionally scarred young woman, shows up on his doorstep, an unconventional relationship begins to develop that might just save them both. Time is running out,however. An impending natural disaster that only Lukas knows about forces him to make a difficult decision that will affect the lives and futures of everyone in his town."

And here are some of the typical reviews:

"The author's fascination with the human psyche is both clinical and artistic. His protagonist Lukas examines every casual one-time passer-by with an eye of a painter or a prophet, finding messages and clues in every detail. His painful sensitivity and hightened intuition cause him a great deal of unease. The narrative is written in the present tense, and the progression of the plot is not always linear, which contributes to the feeling of being out of time. The novel is set in a different dimension. It's marked by the exquisite, subtle moodiness of 1970s French films." - Marina J. Neary

"Jeff is an incredibly descriptive writer, which leads to phenomenally complex, dark characters, yet likable at the same time. I was most impressed with two aspects of this book: first, with Jeff's ability to set up a scene that the reader fully believes is happening only to find that it was a product of the character's imagination. Second, and along the same line, Jeff does not allow his characters to experience the typical Hollywood style interactions that have become so predictable and trite. His characters are much more true to life." - Dan Fitzgibbons

"It's hard not to become absorbed in the lives of the two main characters as you follow them through the novel's various dramatic scenes and well-written moments of self-examination. So different seeming at first, both in personality and lifestyle, the author manages to convincingly draw similarities between their progressively intertwining lives. Not to say too much about the story - which is well worth a read - the "Out of Dark Places" is written against a backdrop of powerful metaphor for the fragility, unpredictability, and violence of life as we live it in our modern world. Page-turning excitement is interspersed with moments of tenderness and reflection, where the reader will easily find some aspect of the protagonists to identify with. Addressing themes of love, addiction, abandonment, loss, and guilt, among others, it is a wonderful statement about human existence and the various ways in which we struggle to find our place in it." - Jo de Mots 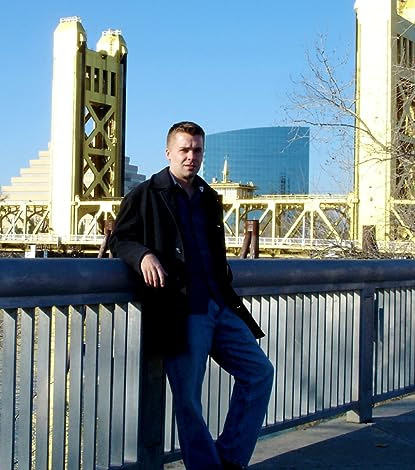 Jeff Gephart wrote and performed for a weekly sketch comedy television show for three seasons that was seen on cable television markets in the Eastern and Midwestern United States. He has acted in various independent films and has worked professionally as a graphic designer and an elementary school teacher.  He lives in Sacramento, California.
-----------------------------------------------------
This is the nineteenth of a short series of Author profiles that features fellow authors in the All Things That Matter Press family.