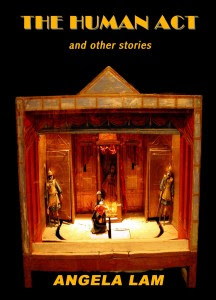 Fourteen stories of hope and discovery that will change your life 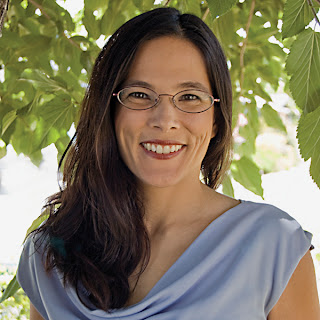 Angela Lam Turpin has done a lot of writing.  By my count she has six books in print and innumerable stories, essays and poems in magazines, anthologies, etc.  And her writing credentials include a B.A. in English and creative writing from Sonoma State University.

Her latest offering, from All Things That Matter Press, is 'The Human Act', a series of short stories, among which is the Pushcart Prize nominated story "Lips" about a teenage girl's struggle with loneliness, despair and sexual identity.  Another is the title story, "The Human Act", a dog-lover's delight.  Written in the first person present tense from the point of view of Amelia's shelter-rescue dog, it explores Amelia's eating disorder and the role a dog's loyalty and love have in healing it.

That gives you a taste of the treats in store when you crack open this January 1, 2013 release.  Here's a brief review, written by Meg Sevrens:

"I thoroughly enjoyed these short stories although I wanted some of them to actually be longer! Angela writing has progressed immeasurably since I first read Legs. She gets inside the heads of a large variety of characters and I felt a connection to each one. Great read"

Angela is a California native.  You can find her Facebook author page here.

This is the fourth of a short series of Author profiles that features fellow authors in the All Things That Matter Press family.
Posted by PJ Wetzel at 1:09 AM