I left society behind and walked into the woods about the time of the original COVID lockdowns in Spring 2020, and it has proven to be the right choice.

It has been a productive time. For me, the purpose of the Hermit/Forest-Dweller lifestyle has been to simplify and to look beyond the cares of this life.

Let me paraphrase Huston Smith in his remarkable compendium “The World’s Religions” (second edition, 1991), p. 53 from the chapter on Hinduism:

“Why are we born to work and struggle, each with a portion of happiness and sorrow, only to die too soon? The generations swell like waves. Each, in its time, breaks on the shore and subsides into the boundless Fellowship of [the Great Stream]. To find meaning in the mystery of existence is life’s final and fascinating challenge.”

As a scientist during my working years, the discoveries of Quantum Physics have always fascinated me. Nobody (and this is a direct quote from prominent physicist Richard Feynman) understands Quantum Mechanics.

I find this inscrutability fascinating. Among the paradoxical thought experiments that highlight the strangeness of this theory is the famous Schrödinger’s Cat scenario, in which a cat is sealed in a box with a vial of deadly poison gas, which is released when a (purely random) radioactive decay event happens—say, when a Uranium atom spits out an alpha particle on the way to becoming Lead. Quantum Mechanics tells us that until we open the box and observe the poor kitty, it exists in a state of ‘superposition’, both alive and dead at the same time.

My analysis of that thought experiment is the main subject of the video, discussed as I walk along a stream at my hermitage: the Cloister at Three Creeks.

The video verbalizes many of the ideas I have come to accept, including the idea that this ‘superposition’ state, which is achieved when consciousness is rejected, is a far better representation of reality, and is, for me, the ‘ideal’ state—my Nirvana.

Over the last few months, I have distilled these ideas into a ‘final’ form … at least one that I consider ready to share as my ‘Epitaph’ should I be called to ‘break on the shore and subside’.

It is a philosophical discussion, but it relies heavily on our current state of understanding (and lack thereof) of Cosmology and Quantum Physics. And then it extends into speculation (or Science Fiction) before winding up in the realm of Spirituality.

So, without further discussion, here it is, all Seventeen pages worth: 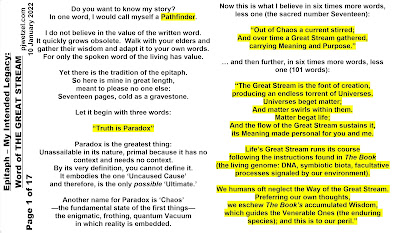 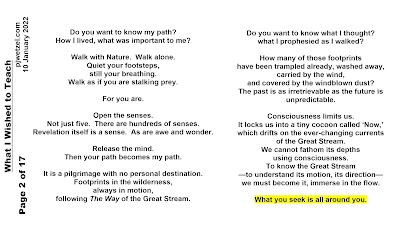 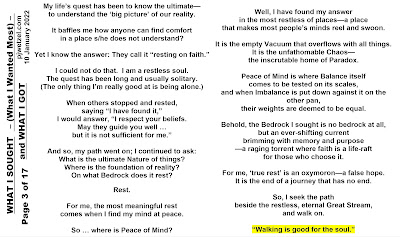 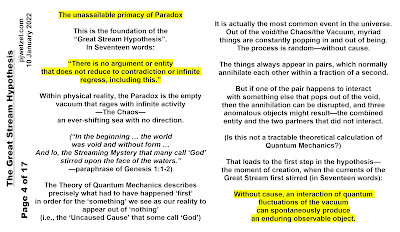 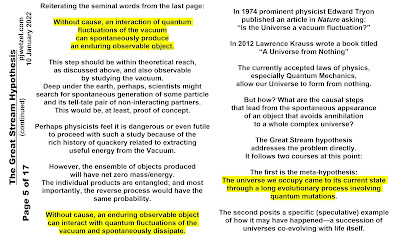 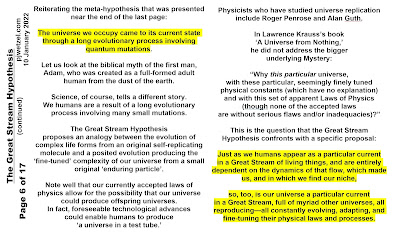 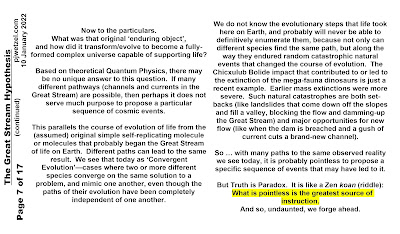 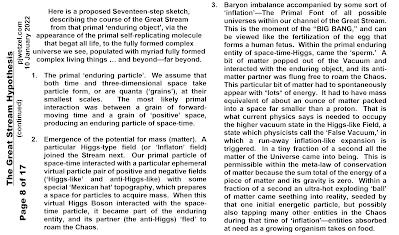 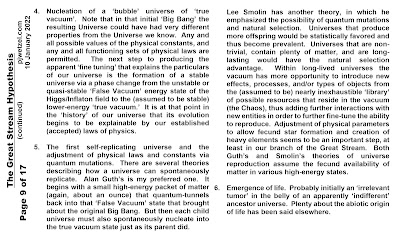 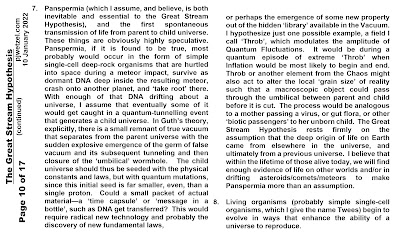 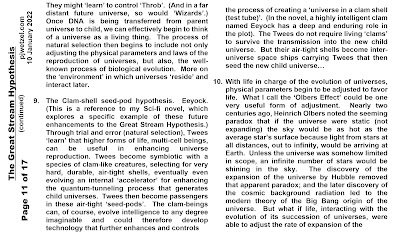 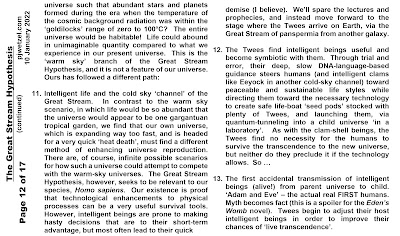 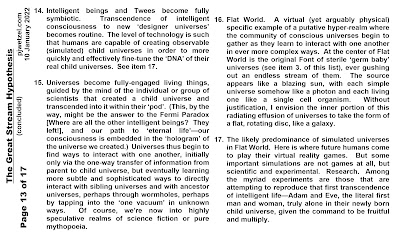 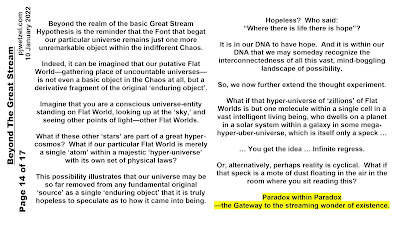 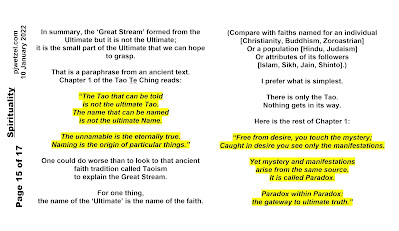 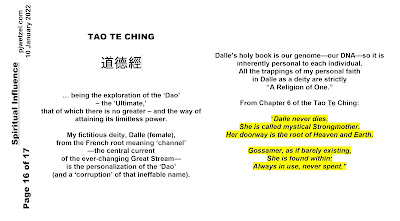 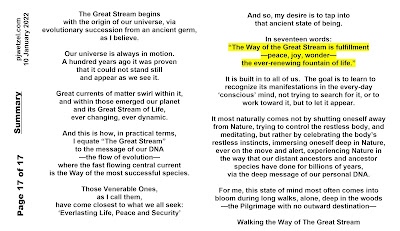