Review of Harry Potter and the Sorcerer's Stone 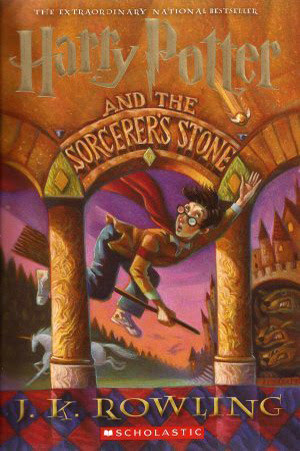 J.K. Rowling's Harry Potter books have achieved unparalleled popularity.  At over 450 million books sold, this is far-and-away the bestselling book series in the history of the planet.  There’s a solid reason for that, which I’ll discuss later.  But …

I read the first in the series, and it turned out to be one of very few books that I disliked enough to give it away after buying a brand new copy and then reading it. I won’t read any more of them.

So what’s wrong with me?  Surely the problem is mine. I liked the movie well enough and saw it before reading the book. Was that the problem? I think not.  I think it’s my age and life experience.

The childhood English-author classic that I was raised loving was Winnie-the-Pooh (‘only’ 70 million sold).  Compare A.A. Milne’s writing style with J.K. Rowling’s and you may begin to understand my problem.  What I disliked most about Rowling’s offering was the bland, uninspired and uninspiring style. For her, and for the young people who swoon over her books, it’s the imagination, the imagery that matters more.  Why?  This I cannot answer.  But I have a guess.  Have we become aesthetically numbed by television?  There was no TV in my house until I was six years old, in 1954.  By then I had practically memorized most of the Pooh stories.

Pooh and Piglet and Eeyore have delightfully distinctive characters (Christopher Robin not so much).  On the other hand I found Rowling’s characterization surprisingly 'cardboard'—completely devoid of inner voice and emotional depth. As prose, this book is a failure. As a light story-telling experience, it is well done. However, again, given my lifetime of experience prior to the publication of this book, I found that most of Rowling's imagery was borrowed from off-the-shelf templates that have been rattling around in our cultural psyche for many generations. The originality lies only in the minutiae.

The book (and the series) appeals to its fresh, squeaky-faced young target audience because it introduces this cultural heritage to them; and thus will forever 'own' it. And I suppose that's the true 'magic'. Not every author is able to so comprehensively tap in to and bring to life the touchstones of her culture—to voice a narrative that is already familiar but not fully actualized in so many of our minds. All future generations will view this magic-fantasy sub-genre through Rowling's eyes, and that's not a bad thing. She has vividly enriched it and gathered many myths into one 'compendium'. Think of how the anonymous 1823 poem "'Twas the Night Before Christmas" has defined Santa Claus and much of the surrounding myth and tradition of secular Christmas celebration.  I think that’s an apt parallel.