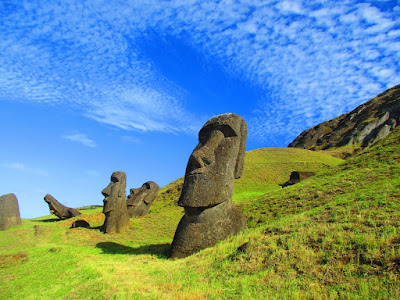 It's one of the most remote populated places on earth, yet a place with more big, imposing, ancient man-made monuments per square mile than almost any other.

Some statistics: It's only 15 miles long, fewer than 8000 people live there, 42 percent of the land area is a UNESCO World Heritage protected National Park.  There are 313 ceremonial platforms--each one representing a village ceremonial site, and there are 883 of the iconic monolithic stone statures, called Moai, such as those shown above (These stand at Rano Raraku, the main quarry site, awaiting transport).  The largest completed, transported, and erected statue is 32 1/2 feet tall and weighs 90 tons.

This is just a place that is in a class all by itself.  There's nothing else even remotely comparable.

The best part is that is very accessible for hikers.  There are a number of well maintained trails and some surprisingly remote and secluded stretches, particularly the 7-mile roadless north coast.

I just spent twelve days there.  You have to buy a National Park pass when you arrive, and it's only good for ten days and not renewable.  So I maxed out.  Yet I was only able to hike about half way around the island.  Here's a map of the continuous coastal hike venues I covered.  I also hiked shorter isolated segments that are not shown. 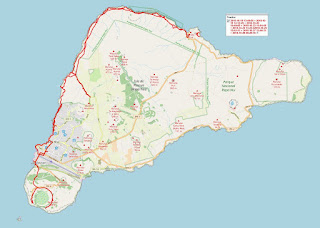 The island consists of three volcanoes and several smaller cinder cones and craters.  Here's a look at the most spectacular, Rano Kau, with its deep crater lake covered in floating mats of reeds of a species that came from South America. 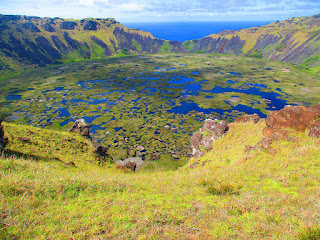 Legend says that Easter Island was first settled about 1000 years ago by Chief Hotu Matu'a and his wife Vakai, along with extended family, traveling in two canoes, who arrived after a long journey from the west, probably from the Marquesas Islands.  This rendering of the imagined likeness is my favorite of many.  Easter Island seems to be somewhat of an artist colony these days, with many talented artisans. 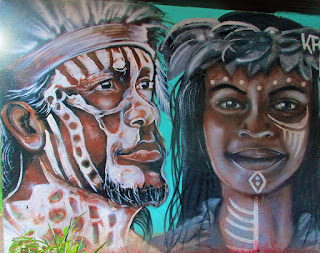 Of course the main attractions are the Moai, and Tongariki has the most in one place.  Fifteen.  This site was destroyed by a Tsunami in historical times and restored by the Japanese in the 1990's. 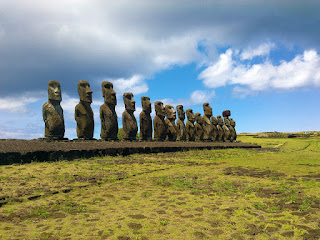 The so-called Traveling Moai is also located at this site.  It had been shipped to Japan, where it was on display at various museums and fairs for many years, then returned at the time of Tongariki's restoration. 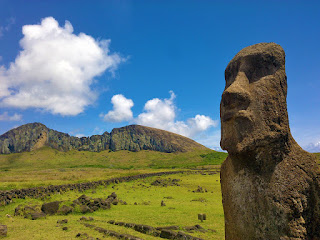 Petroglyphs and 'canoe houses' and numerous other remnants of the ancient culture are so abundant that you're virtually never out of sight of something of significance no matter where you go, especially along the coast. Shown here is the iconic 'bird man' holding a precious Sooty Tern egg. 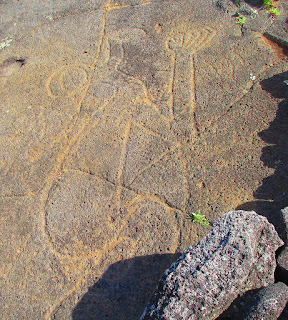 There's spectacular scenery too.  The best of it is this view from Vai Atare, at the top of a 1000 foot sheer cliff on the western end of the island, looking out at the three 'birdman' islands that lie a mile and a half offshore. 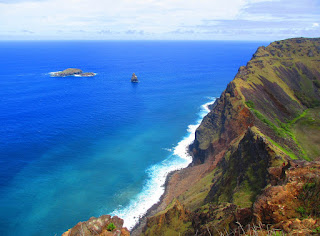 Here, without much more commentary, is a pictorial tour of highlights from around the island. 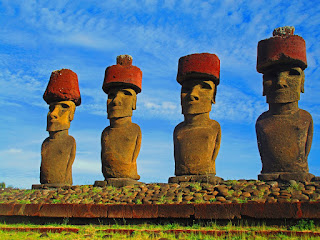 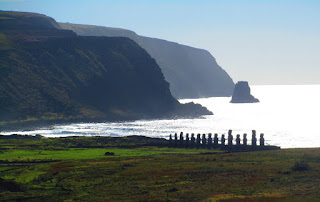 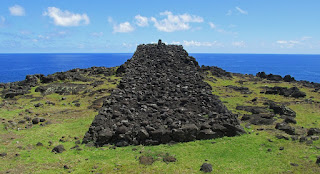 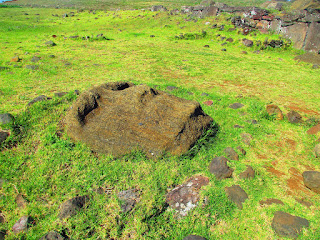 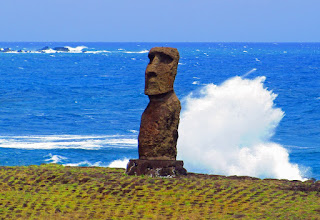 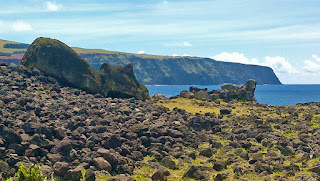 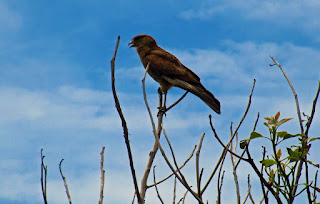 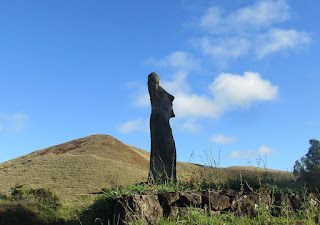 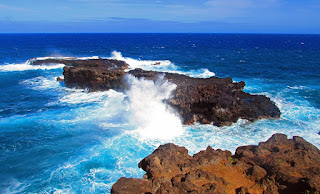