There be cliffs! Michigan's Niagara Escarpment 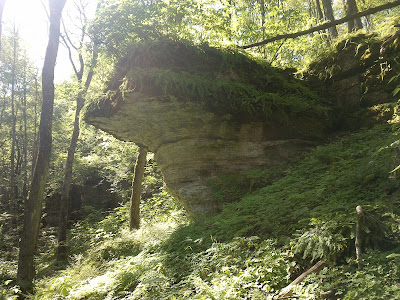 Heading across the interior of Michigan's Upper Peninsula, I had been climbing sand dunes and seeing plenty of lakes and wetlands, but not much in the way or rocks.  That is, until the North Country Trail took me alongside this substantial rock outcrop. 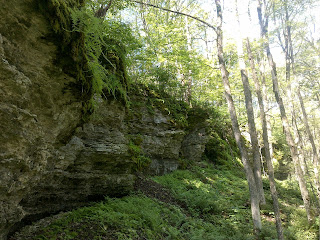 They call it the Niagara Escarpment because it is apparently part of the same formation that produces Niagara Falls.  Here it was dry - an impressive cliff in a pretty stretch of woods dominated by sugar maple.

That was the highlight of the three days it took me to get to the shores of Lake Superior.  Well, it actually took five days, but I've already reported on the other two.

Other sights here in the north woods did include the obligatory lakes and wetlands, including a vast grassy bog that reminded me of Florida's Hopkins Prairie. 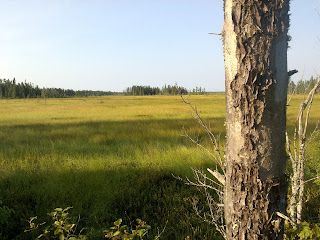 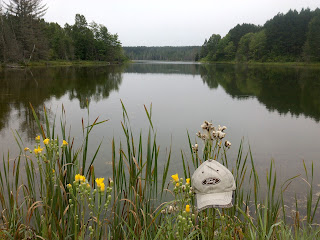 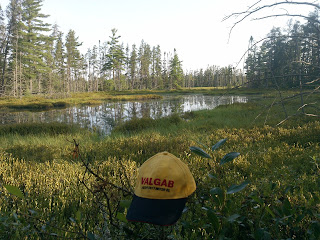 And for variety, Hat 46 set itself in the midst of some of the driest, most parched looking of Michigan's landscapes. 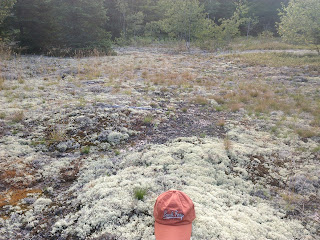 Soil in places is so sandy and so poor in nutrients that nothing but lichens grow.

I've been waiting to get a distinctive photo of one of my favorite north woods trees, the paper birch, and finally got this shot. 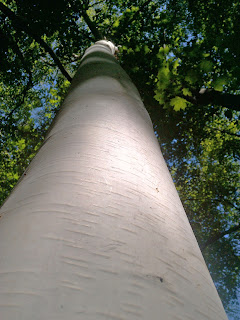 The woods of Michigan, like every other woods in this country, was all clear cut and hauled away more than a century ago.  Up here there are still stumps from what I believe would have been the virgin forest. 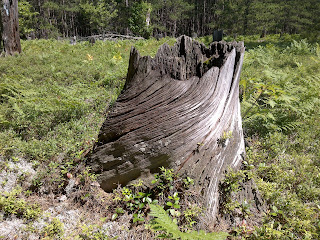 And up here the spruces are a favorite object for the formation of bulbous growths of burl.  It's pretty common, but here's an extreme example. 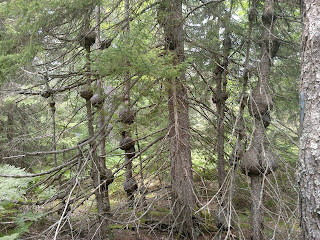 Finally, the blueberries are out. 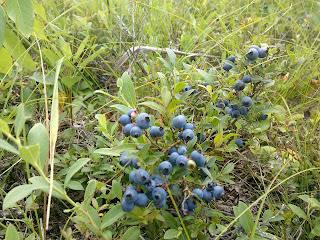 They are fat and juicy this year because of the abundant rains.  Every now and then I've given in to the urge to just stop and 'graze,' eating my fill without wandering more than a few feet from where I stop.  Yum!

For the most part, I've been blessedly remote from civilization, and I love it that way.  But there was one man-made sight that caught my fancy.  This is a genuine working two-seater privy on the trail at Pine River, near the primitive campground. 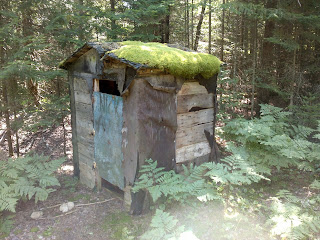 Okay, one last photo - from the 'nature-as-art' department. 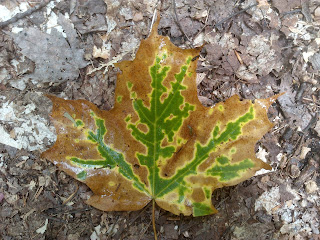 Now it's on to some different scenery.  Lake Superior.  Stay tuned.

Here are the GPS Tracks of the three days covered in this report. 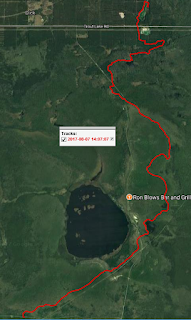 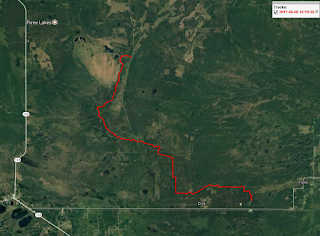 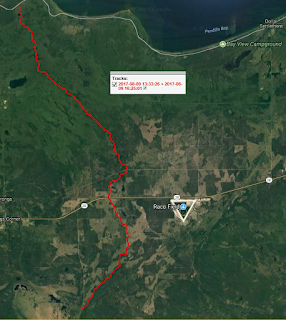 And for more detail, just zoom in on this interactive overview map of my ongoing trek across our great country.