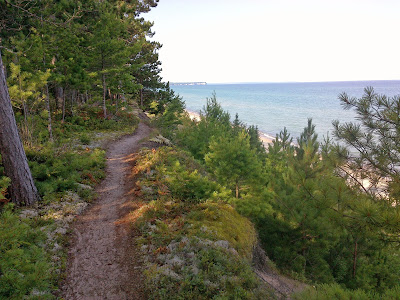 All beach all day.  Yet the North Country Trail proper rarely offers unobstructed views of it.  The view shown above is an exception.  It's a trail in the woods that parallels the beach.  If you want beach you take one of the side trails.  I hiked Twelve Mile beach west to east, so my first beach contact came at the end of the 1.6 mile Little Beaver Creek access trail.  Before I got to the beach I encountered a taste of the sandstone rock that would dominate tomorrow's hike, in the form of a rock shelter. 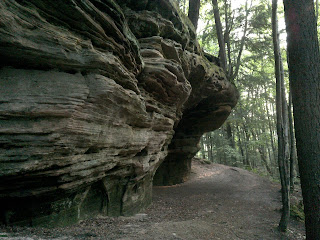 Emerging on the beach, the rocky shoreline began just a few hundred yards to the west. 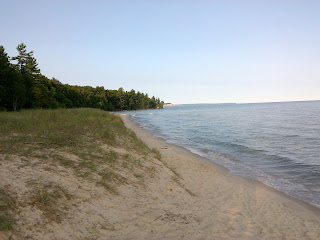 And to the east, twelve miles of sand. 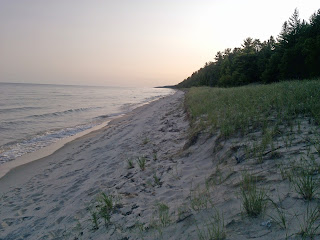 It's not a continuous beach, though.  Two major streams interrupt it.  The first is Little Beaver Creek.  The trail crosses it on this rustic footbridge. 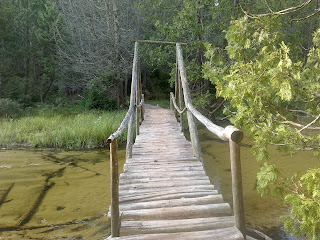 The other is Seven Mile Creek.  I wonder how far down the beach that is.  No matter, I wasn't counting miles.  I was absorbing the sights and sounds of Lake Superior 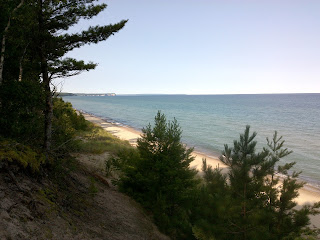 The trail followed an old road for a while.  Traffic was pretty light. 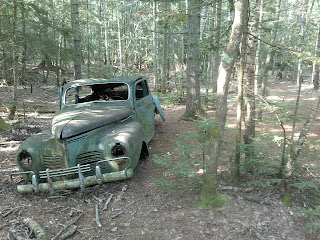 More wild scenes than man-made ones.  Hat number 61 found some kindred companions to pose with. 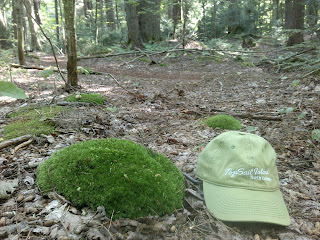 Mosses and fungi were lush and abundant in the wake of all the summer rain. 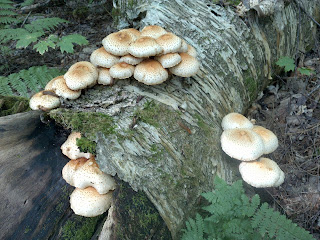 But honestly, it was beach that I craved.  Woods can be found anywhere.  When there is woods beside sandy beach, it's the sandy beach I want to walk. 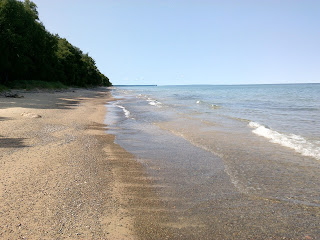 And so I strayed from the trail for several miles as I approached Twelve Mile Beach campground and the east end of the day's trek.  Here's the interactive GPS Track.  Zoom in for a closer birds-eye view of this scenic coast.