Today's hike was about rich, thick, remote woods.  I was christening my new shirt - yes, numbered, to go with the hats. 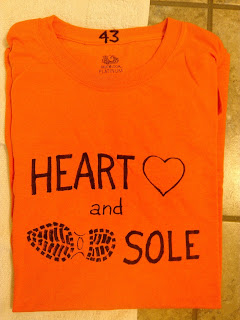 When you're walking the 'green tunnel,' the footpath itself becomes the story; and the story was manifold and varied.  For the first time since somewhere in Ohio, bedrock replaced the ubiquitous sandy soil.  Here's hat 43 amid some ankle-twisting footing that required close attention. 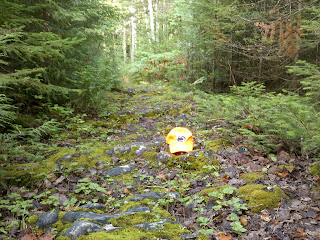 That didn't last long, though.  The other extreme is trail that requires wading.  This was also a first for Michigan. 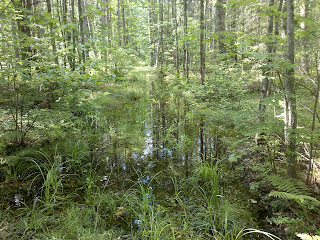 Most of the rest of today's wetland walking was well covered.  I crossed probably a mile or more of boardwalk in three or four long sections. 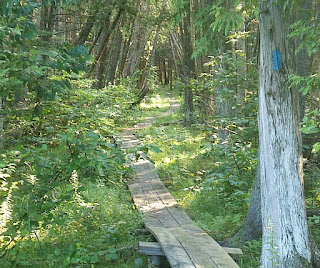 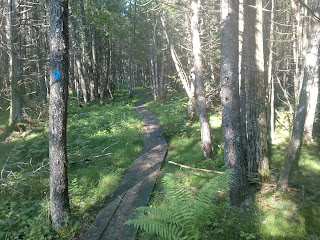 And there were a number of major footbridges over big streams/rivers. 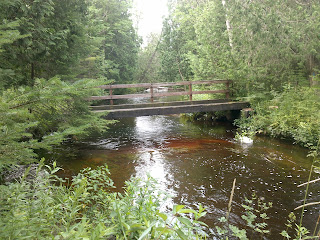 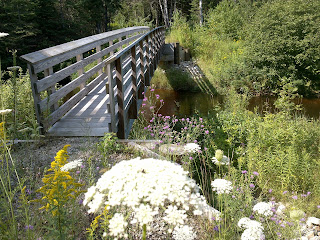 Although I thoroughly enjoyed the day, this is not a popular section of trail.  Parts have so little traffic that the footpath is well and truly overgrown.  Here the blue blaze (circled) is practically smothered in chest-high bloom. 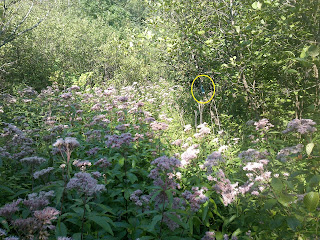 No, don't take the weed whacker to this!  It's too pretty!  Nor here: 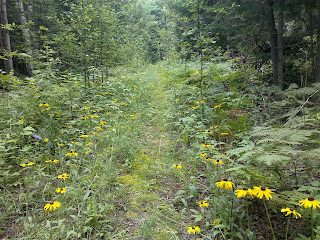 Maybe here.  Where the wetlands weren't so extreme as to require boardwalk, the trail had long sections of this built-up trail bed - somebody at some point in the past has put in a huge amount of work to get trail through here. 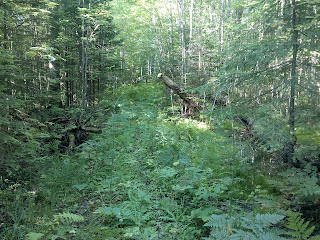 Interestingly, this next view is not of trail, though I wish it was.  It would have been cool to stroll off to infinity here.  But this was just a passing side view where the natural mature woodland gave way to a large plantation. 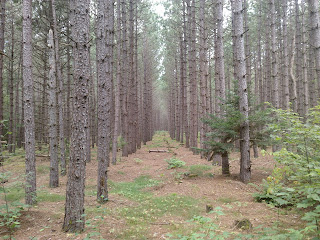 Finally, one last scene bringing the fungus world back to the center of attention. 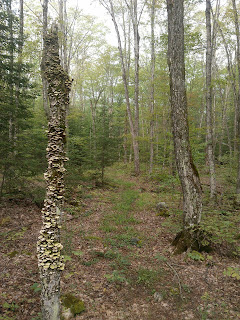 Perhaps a week of this would start to get old.  But today, for me, it was pure pleasure.  Here's a screen shot of the GPS Track. 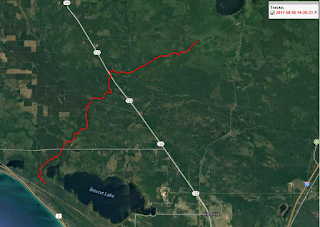 And here's the same track in interactive form, via Wikiloc.  This gives people a chance to zoom in and delve deeper into detail if they wish.