Hiking Pictured Rocks, part one: Au Sable (at the Sand) 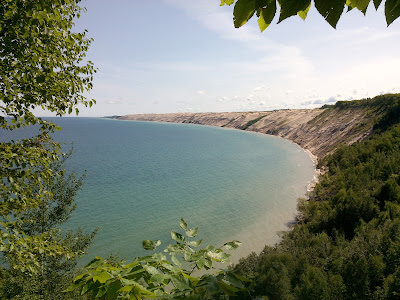 Back from a three day trip to Wyoming to take in the Eclipse, I was greeted with sterling weather as I embarked on the first of three magical days in Pictured Rocks National Lakeshore.  This eastern section of the 'park' contains the gigantic Grand Sable dunes, shown in the vista above.  The dunes are up to 300 feet high and cover five miles of beach.  The trail doesn't go through the desolate grassy landscape.  It stays in the woods, leaving the lake shore and skirting the inland edge of the high dunes, but by taking a short side trail I got a close up taste of what the area looks like. 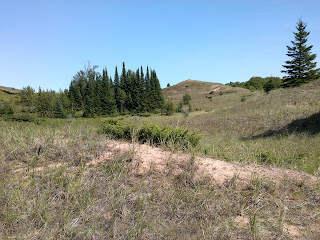 West of the dunes the trail resumes Lake Superior shoreline as it approaches Au Sable point, with its 1874 light still in use. 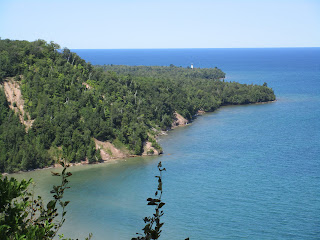 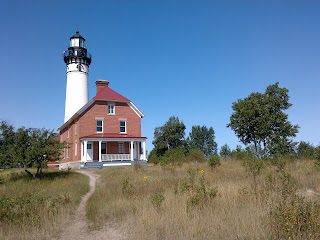 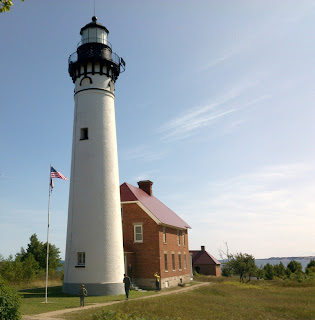 The light is an essential navigational guide.  This is the 'shipwreck coast' of Lake Superior, and by hiking the beach west of the light for half a mile I got to encounter evidence of several old wrecks. 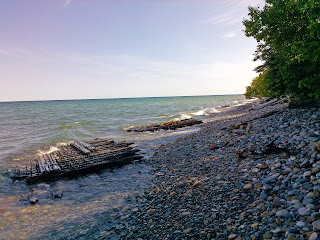 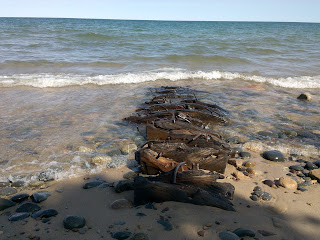 The day ended at the eastern tip of Twelve Mile Beach, which is tomorrow's fare.  Hat number 60 poses there with a view of the first little bit of the beach and some of the fifteen miles of sandstone cliffs in the distance beyond. 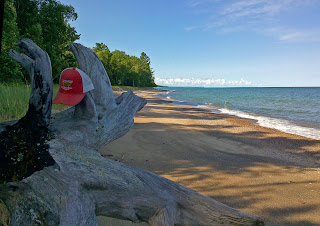 Excitement to come.  Here's an interactive map of the GPS track of today's hike with a good look at the massive Grand Sable Dunes.  Zoom in for more detail.