The old man and the tire

Okay ... today's challenge is to make the long road trek to Maryland - haul my 'two-ton steel tent' 900 miles from Millinocket, Maine -- with a leaky tire.  This old man is too lazy to just get out the jack and change the tire.  I was hoping to find a shop to do the work.  But I didn't want to wait around for the shops to open.  Soooo ......

(From my personal journal)

I got up at 5:30, still not decided whether I’d get the tire repaired in Millinocket or try to start south. But the tire still had about 9 pounds of pressure – the leak seems to nearly seal itself as the pressure goes down. So there’s sort of a floor or ‘safety net’ of tire pressure that I seem to be able to count on. In any case, it was too early to get service in Millinocket, so after a bit more rest and thought, I hand-pumped the tire up to 23 pounds pressure and decided to head out, hoping to find a repair shop along the way later in the morning, if needed.

I left Millinocket at 6:20AM and headed east to I-95 and found that the speed limit there was 75. As I cranked my steel tent up to that speed, hoping that the big plug in the tire would not come flying out, I began to get confidence in it. It was leaking air slowly, but was tolerating the high speeds with no additional problems arising.

I stopped at an exit about ten miles north of Bangor and pumped the tire again, as it had dropped to my chosen lower threshold of 20 pounds. That was at 7:21AM. I had driven a full hour at full speed before needing to pump the tire. Furthermore, I found that having this ‘excuse’ to stop every hour and get out and stretch my legs and get a little physical activity (pumping the tire with my trusty hand pump) actually made the long distance trip more tolerable. So I decided not to seek repair for the tire. I’d just stop and pump it up (to about 26 pounds) every time it dropped to 20 pounds.

And so that’s the way I proceeded. I abandoned I-95 at Newport, ME and headed west on US 2. I had no intention of paying the tolls farther south, or of driving I-95 through the urban blight of NYC and the rest of the Megalopolis, so I chose the more rural ‘scenic route’ on US 2.

I had to stop again at 8:21AM, exactly an hour since the last stop, to pump the tire again, then at 9:48AM as I was approaching Rumford. I stopped in Mexico, ME (Rumford’s sister city on the other side of the river), where I had seen a Verizon store in my many days of using the Mexico Wal-Mart as my overnight base. I stopped in at that very nice full-service store and bought a new phone.  (If you recall, my old phone was fried when it got wet during the famous 'Monson Monsoon', where I hiked for three hours in heavy rain and hail, four inches of rain).

The salesman was very pleasant, and I learned a lot from him about the local economy, about the controversy over a planned major E-W corridor highway across Maine, etc. It took less than half an hour to complete this transaction. I pumped the tire (which had dropped to 19 pounds while it sat parked), and headed out again at 10:38AM. 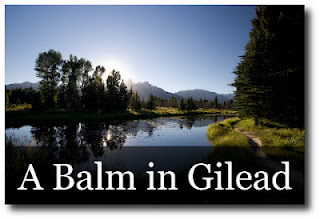 Next pumping was at 11:38 in Gilead, ME. I thought about stopping in a local store there and asking for their ‘balm’ (from the old African-American spiritual ‘There is a balm in Gilead’, based on Genesis 37:25 and Jeremiah 8:22), but never found a decent store where I could pull that stupid stunt - probably a good thing.

On I went into New Hampshire, pumping the tire again at 12:22PM in familiar old ground west of Gorham and in view of the Presidential Range of the White Mountains, then again at 1:17 near St. Johnsbury, VT.

The timing of the required pumping was dropping under an hour, but I wasn’t concerned about it and continued on, heading south on I-91 through Vermont, Massachusetts and on to Hartford, CT. I stopped again to pump at Thetord, VT, just 9 miles north of where I’d pass across the AT again at Norwich. That was at 2:10PM, then again at 3PM just 40 miles from the MA border.

By that time I was in need of gas, and planned to stop for gas the next time the tire needed pumping. But for some inexplicable reason, the tire pressure dropped much more slowly this time, and didn’t drop to the 20 pound threshold until 4:32PM. I was nearly out of gas, but persisted, stopping to pump both gas and air at Holyoke, MA.

Then I drove into the full-bore guts of the stop-and-go evening rush hour traffic through Springfield, MA and later through Hartford, CT, where I picked up I-84 westbound.

Still, the tire held its pressure well enough, and I made it to New Britain, west of the snarled traffic, before pumping again at 5:43PM. I made one last daylight stop in CT at Danbury at 6:38PM then crossed into New York State and into the twilight after sunset.

West of the Hudson River I pumped the tire again at 7:51PM at a rest area. Then something happened – the tire began to leak air more quickly. In 50 minutes I had to pump again at the exit to Dingman’s Ferry in PA, then at 9:26PM near Scranton, PA.

But I was finding that this steady tension, and the need to stop at regular intervals was keeping me alert despite the long hours of driving. I stopped next at 10:24PM near Nuangola, PA, then at 11:15 near Heckscherville, PA. It was just three minutes before midnight when I stopped next, just north of where I-81 connects with I-78. There I also filled up on gas – enough to sustain me for the rest of the drive to Maryland.

There were three more stops to pump the tire, and they were getting closer and closer together, whittled down to half an hour between pumpings, but I was determined to make it home now. The stops were at Mile 33 and then Mile 4 of I-83 traveling south through PA. Then I made one final stop close to home in Owings Mills, MD at 2:08AM and got home to my Maryland Condo complex at 2:25AM.

This is the condo that I plan to sell in the next year or so, having bought and relocated to a condo at the beach in NC.  But this MD condo will be my ‘base of operations’ for the final 354.2 miles of AT hiking this year (between Daleville, VA and Caledonia State Park in southern PA).

In total, it had been 20 hours of driving, and just under 900 miles with 21 stops to pump the tire. Since I had all my ‘comforts of home’ with me in my traveling ‘tent’, I just stopped into the condo to turn on the refrigerator and water heater and then returned to the parking lot to sleep

It had been a long drive, but the built-in stops had broken it up. I’ll remember this lesson, and apply it to future long distance trips.
Posted by PJ Wetzel at 2:02 PM