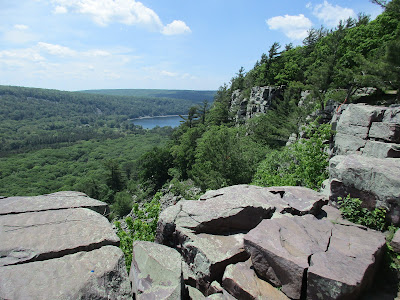 Suddenly there were cliffs!

I suppose you can find them in almost every state, if you look hard enough.  Here in Wisconsin, the place to look is Devil's Lake. 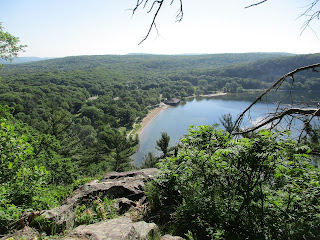 Its geology is on display in some spectacular and unusual ways.  The spectacular includes rock formations like Devil's Doorway and Balanced Rock, shown here: 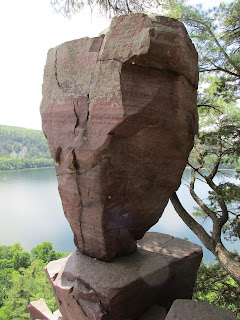 The unusual is 1.6 billion-year old ripples made by water on the sandy bottom of an ancient shallow sea. 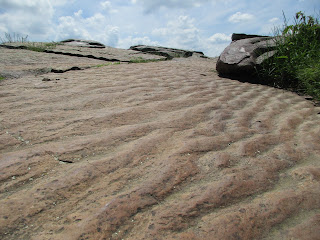 Here is the only place in all of the Ice Age Trail where I'd categorize a hike as 'strenuous' or 'difficult'.  It's a 500 foot climb from the lake to the top of the bluffs, mostly via stone steps; and the trail does it twice.  You see, there are East Bluffs, shown in the headline photo and seen from lake level here, 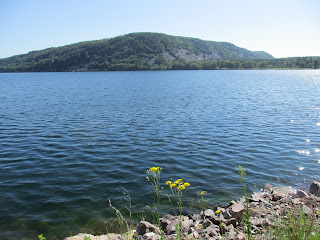 and West Bluffs, with the East bluffs in the distance at left. 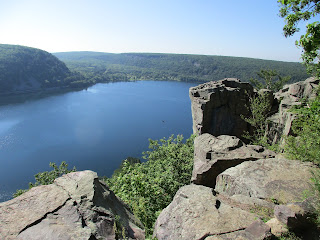 The lake formed by glaciers pushing debris only part-way up the gap between, creating a natural dam.

Coming down the back-side of the East Bluffs, the trail descends a tributary of Manley Creek as it tumbles and splashes through a wooded glen that transported me right back to the Appalachian Trail, to any one of a hundred noisy Appalachian mountain streams.  I didn't want it to end.

But it did.  I came out in a broad flat meadow and hiked through a natural area that showcases 'Habitat Diversity'.

Here I came across a Mama and Papa Sand Hill Crane who were making noise and creating distractions in order to protect their baby. 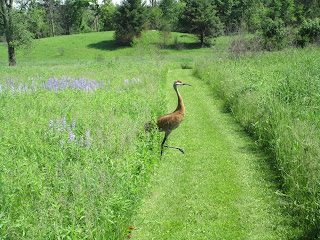 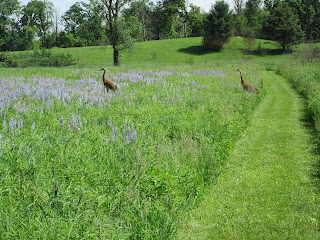 Dumb little 'junior' chose to hunker down and 'hide' right on the trail. 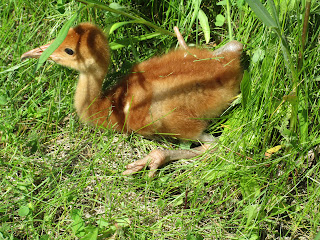 I wish I had taken a video, because in addition to the display put on by the cranes, an irate papa Red-Winged Blackbird kept dive-bombing them. 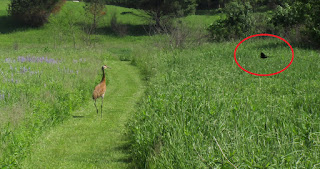 His nest was apparently nearby too.  I've seen these small feisty birds harassing hawks too.  They have no fear of the bigger foes.  In the air, size is a burden rather than an advantage.

Leaving this Habitat Diversity area of the Merrimac Preserve, I took a detour.  I left the Ice Age Trail to hike the Great Sauk Trail, a newly opened rail trail that leads south into the twin towns of Prairie du Sac and Sauk City.

Here there were definitely *not* cliffs. 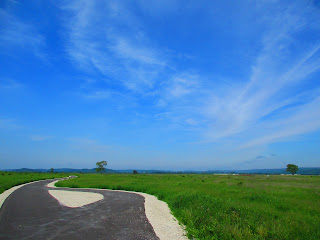 Amazing what a difference a few miles can make.

I took this detour for two good reasons.  First, the Ice Age Trail route makes use of a Ferry - the free Merrimac Ferry across Lake Wisconsin.  I have nothing against ferry rides, but my 'Personal *Continuous* Footpath' project and the Fifty Trail do.  It's just a self-imposed rule.  Only one mode of transportation is allowed - putting one foot in front of the other to connect to every place I've ever lived in the case of the Personal Continuous Footpath, and to connect every US continental state with every other and with all eleven National Scenic Trails in the case of the Fifty Trail.

The second reason for this detour is that one of those places that I lived is Sauk City, Wisconsin.  It is, in fact, the place where my Personal Continuous Footpath began--where I learned to walk.  I'll share that visit in my next report.

Meanwhile, here are the GPS tracks for the meandering route through Devil's Lake State Park and the much more straightforward rail trail route from there to Prairie du Sac. 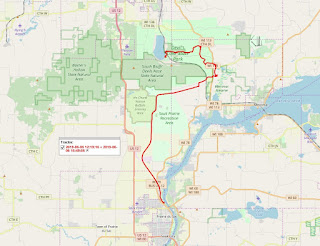 Next report, as promised: Retracing footsteps from 1950: 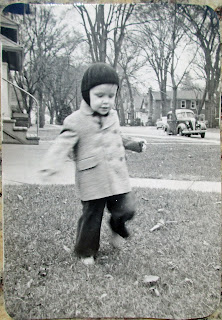