Hiking Hennepin Canal, linking up with the cross-country trail to Colorado 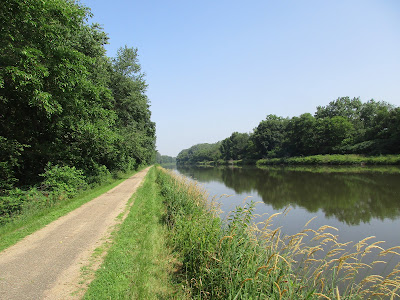 The road walk is done (at least for a while).  Now it's all waterfront hiking practically all the time for a week and a half.

It starts beside the Rock River at Sinnissippi Park in Sterling, Illinois 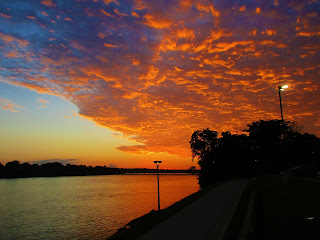 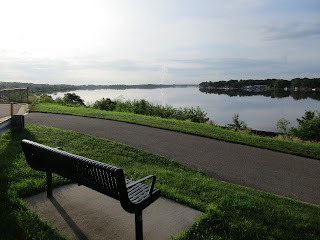 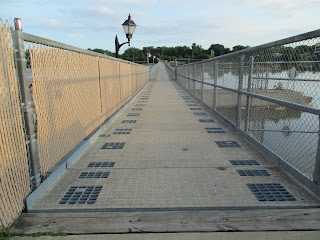 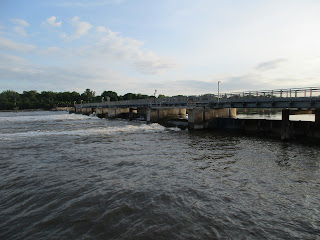 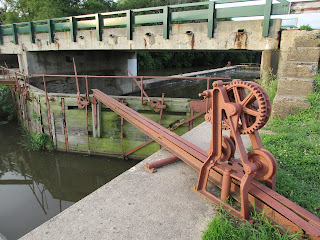 Canal views are almost continuous from early morning among the cottonwoods to the heat of midsummer noon in the open prairie. 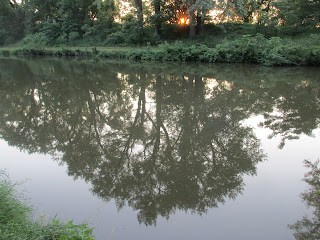 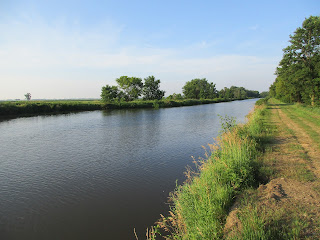 The Feeder Canal crosses the Green River via a concrete 'bridge' called an Aquaduct. 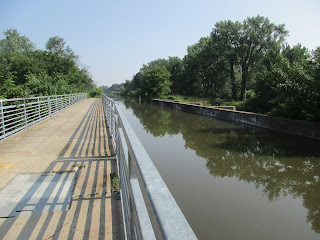 One of the few places, other than your infinity pool, where water overlooks water.  Here's what the Canal was bridging--the Green River 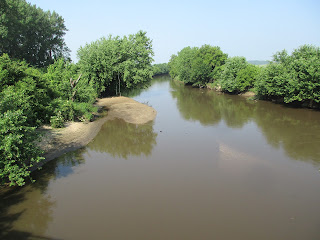 Freshwater mussels live in the canal, and something likes them for dinner 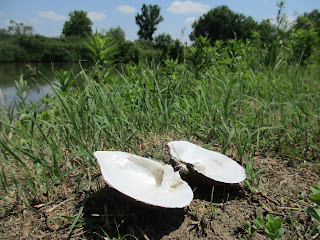 My dinner consisted of the trailside Black Raspberries, coming to the peak of ripeness 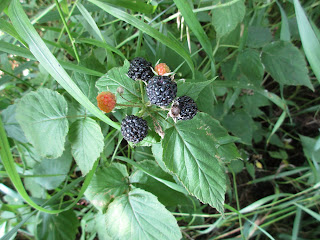 This mostly pictorial report ends at the 'Feeder basin' where the  North-South Feeder canal joins the east-west main canal. 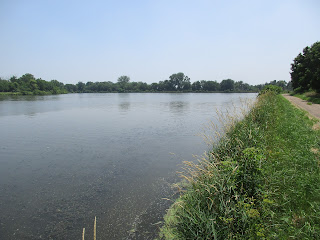 Here I rejoined the route of the meandering Fifty Trail and the only two 'official' trails that span the American Great Plains--the Great American Rail Trail and the American Discovery Trail.  Here both use the Hennepin Canal Parkway's east-west trail to traverse the western half of Illinois.

I ended the third day at a well-preserved lock just west of the Feeder Basin. 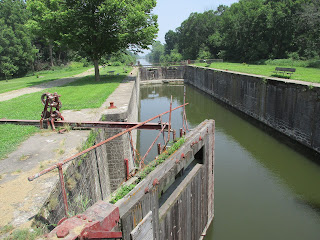 Hiking was hot.  Summer is in full swing now, and having passed the age of 70, I find that I have to be a bit more careful about keeping cool and hydrated.  My body doesn't handle the heat as efficiently as it once did.  During the hottest days I try to get out early and quit early, shortening the hiking day.  Here are the GPS Tracks for the first three waterfront days back on real trail. 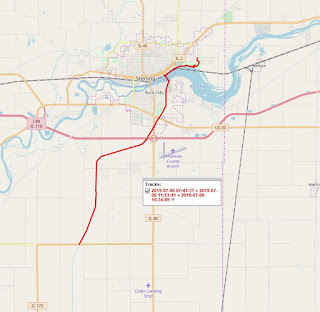 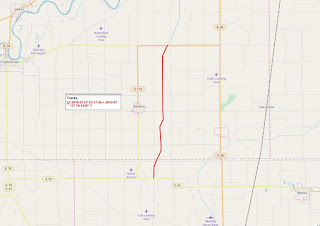 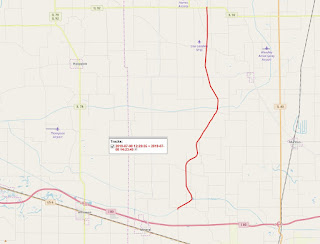 So now I've finished heading south, and begin the westward trek to Colorado in earnest.  Looking forward to it.
Posted by PJ Wetzel at 4:06 PM