Tavernier - where the 'real' Keys begin 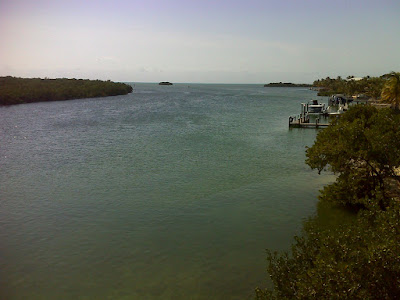 The vibe - the feeling of being in a special place - finally hit me as I was crossing the bridge over Tavernier Creek onto Plantation Key after passing through little historic Tavernier.  Here I got the first view of the open Atlantic Ocean and its tropical emerald blue waters.

The majority of commercial establishments along the road were beginning to appeal to tourists more than locals.  Resident artists had been employed to paint grand murals on the sides and fronts of buildings.  Most of them have an undersea theme, since snorkeling and diving and fishing are the big attractions here, but this one had a historic theme. 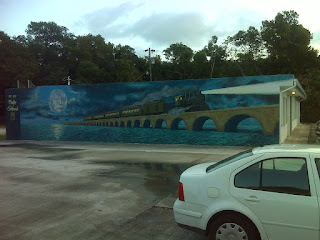 It depicts Henry Flagler and his Florida Overseas Railroad, completed in 1912, making the 'land' connection between mainland Florida and Key West.

Then I got to watch the drawbridge over Snake Creek open and close. 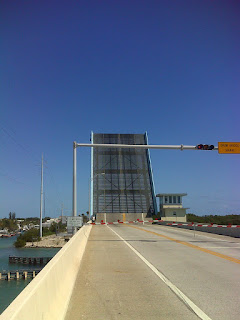 And while I waited I had plenty of time to absorb a much more expansive view of the ocean. 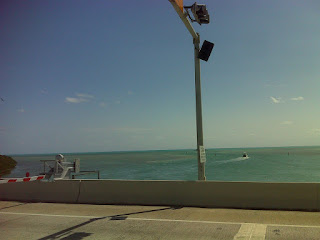 I finally felt like the Overseas Heritage Trail was delivering what its name promised.  Yes, there was still the noise and congestion of US 1 traffic. 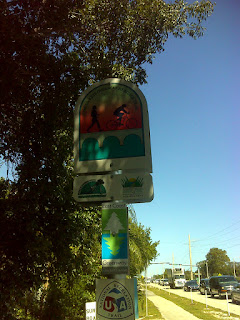 The Keys inevitably suffer from too much love.  This time of year the 'snowbirds' flock here, and they all have to funnel through the same bottlenecks.  This one was at Coral Shores High School as it was letting out early, at lunch time.  Tourist rush hour is around midday here, so it was the wrong time to be on the road--better time to be hiking!

By the end of the day I had crossed Windley Channel, where I got my first good look at the Gulf of Mexico (bayside), 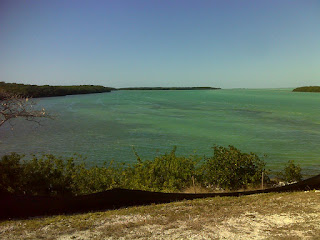 and an almost 180 degree view of the Atlantic.

I ended the day on Upper Matecumbe Key in Islamorada, and was finally feeling the 'vibe'.  Not a Caribbean feel, but a legitimate resort feel comparable to many of the Atlantic beach communities.


Here's a map of today's hike, with links to more photos:

Tavernier at EveryTrail
EveryTrail - Find trail maps for California and beyond