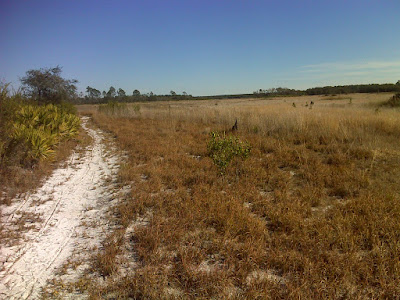 Pristine open meadows are rare in the eastern US.  The high balds of North Carolina and Tennessee are such places, and here in Florida we have these Prairies.  They are basically dried up lakes that flood often enough that trees can't get established.  In the middle, in places, shallow lakes remain. 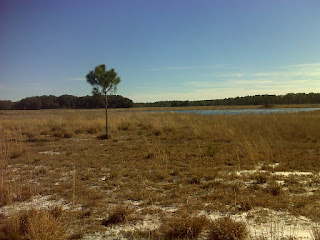 Hopkins Prairie is a fine example.  For four miles the Florida Trail skirts the perimeter of its expansive grassland.  How Ocala National Forest has managed to keep the area free of ATVs and joy-riding four-wheelers I do not know, but I'm ever so grateful.

The breezy cool sunny weather added to the effect.  It reminded me of high mountain weather in the height of summer--the Colorado Rockies above timberline, the Cazadero Grande in the Atacama Desert of NW Argentina--both places that hold great trekking memories.

This was a big part of today's eighteen miles of meandering.  The rest was a diversity of sand pine, longleaf savanna and flatwood scrub.  Here's the latter with a couple of picturesque shrubs dominating the scene. 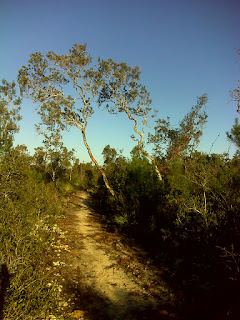 These common twisty-trunked plants are new to me, since they only grow in the deep southeast.  Their form reminds me of mountain laurel.  It's the rusty staggerbush.  Another plant that I encountered today for the first time is this variety of prickly pear cactus that grows into a small bush. 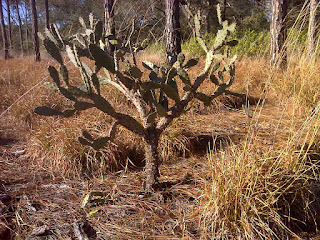 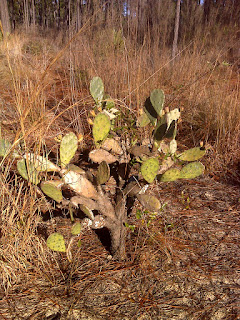 It's actually called the Ocala Prickly Pear (Opuntia ammophila) and it's apparently a distinct species endemic to this part of Florida and not widespread.  I've seen plenty of the more common prickly pear in dry sandy areas here in Florida and in coastal North Carolina.  They are desperate, furtive little plants that rarely gain any height.  These seem majestic by comparison, though the tallest ones are less than three feet.  Again I was reminded of my Argentina travels.  The prickly pear trees in Catamarca province can reach twenty five feet. 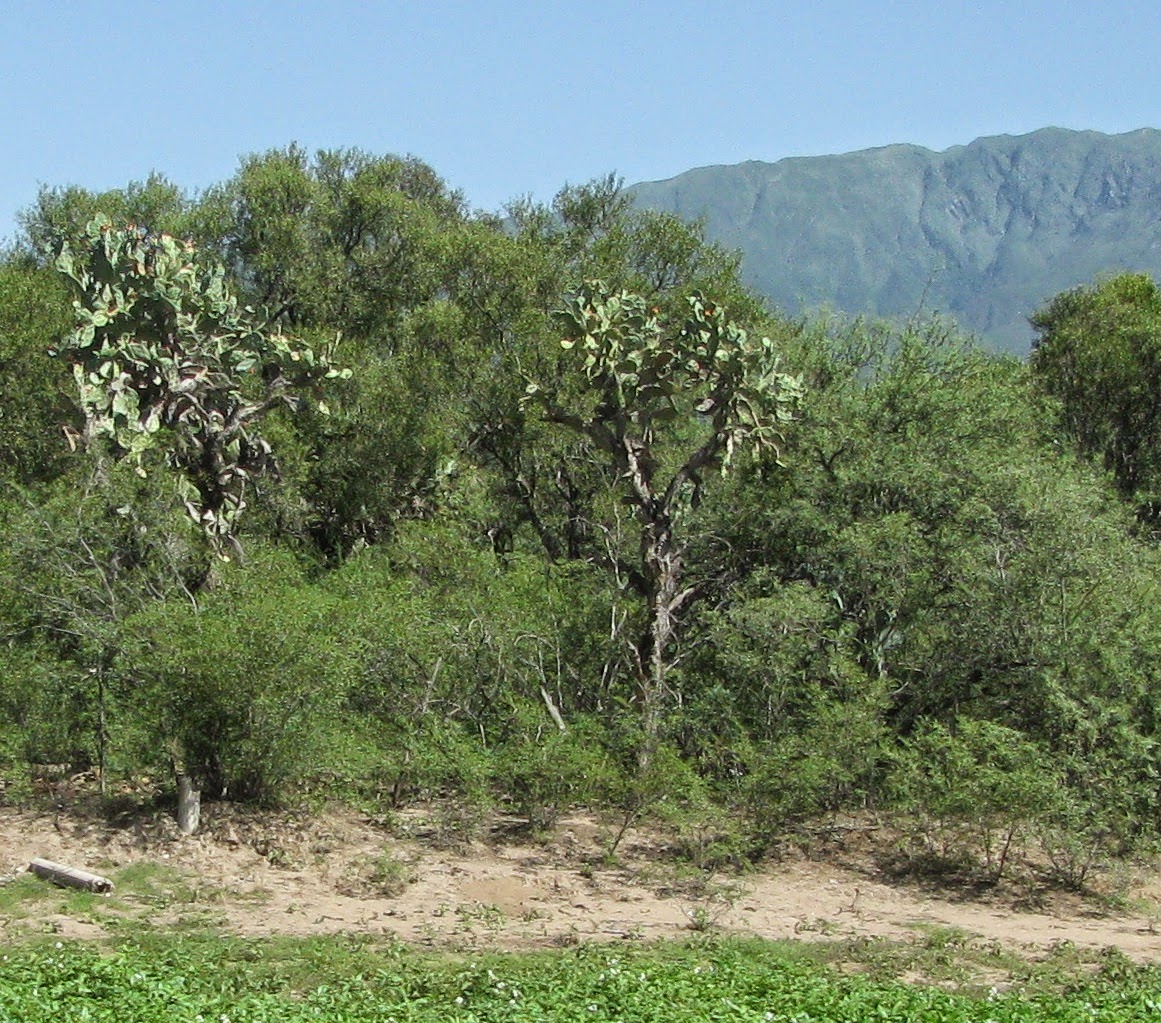 As I entered one recently clear-cut scrub forest there stood an expensive set if interpretive signs, four feet across, providing  me with an education in modern forest management ... or is it propaganda? 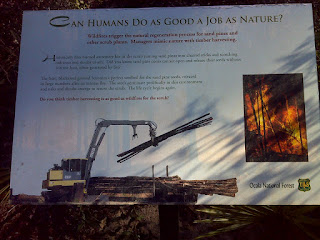 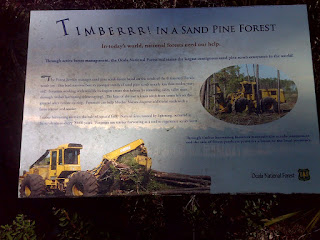 The first sign asks:  Do you think timber harvesting is as good as wildfires for the scrub?  The second one provides the 'official answer' - yes.  Pardon me, but what about all the invasive species that fire controls?  What are you doing about those?  What about the soil disturbance by the heavy machinery?  What about the micro-nutrients you are hauling away in the timber rather than recycling?  No.  I do not think timber harvesting can be justified by any argument that doesn't have a dollar sign.

Today's post was about hiking places where you can see the big picture--miles rather than feet.  Even when greed is removed from the equation our best attempts at ecosystem management can only mimic nature's processes in the short term.  Nature has taken millions of years to develop and fine-tune its management plan.


Here's the map of today's hike, with links to more photos: