This is part 14 of a 31-part posting of my journal entries and photos from one of the greatest experiences of my life so far--a month-long mountain climbing trip to the Atacama Desert area of northern Chile and Argentina, which included summiting three 6000 meter peaks (~20,000 feet).  To view all the entries in this series, check the posts labeled South America.

I got up at 7AM as the light was getting strong--still before the sun had come up above the mountains. It was a good night's sleep. I took a shower and shaved to 7:30 then did all my final packing to 8AM then joined the gang for breakfast in the lobby--bread with butter and jam. We sat and ate and chatted for a bit then headed back to our rooms for final packing, in preparation for leaving around 10AM. I caught up on my journal one last time, then packed the laptop for storage in the hotel while we’re up in the hills for the next 13 days or so.


We stored our excess luggage in a low quality guest room without outside windows that backed up to the lobby. We were going to be transported in two two-seater pickup trucks. One was there on time, the other arrived about 10:30--four passengers in each truck and the back of each full of our luggage and the supplies and food. The transportation was arranged by our local support person Johnson Reynoso, who also arranged the mule transportation for the trek.  Here he is waiting for the second truck to arrive. 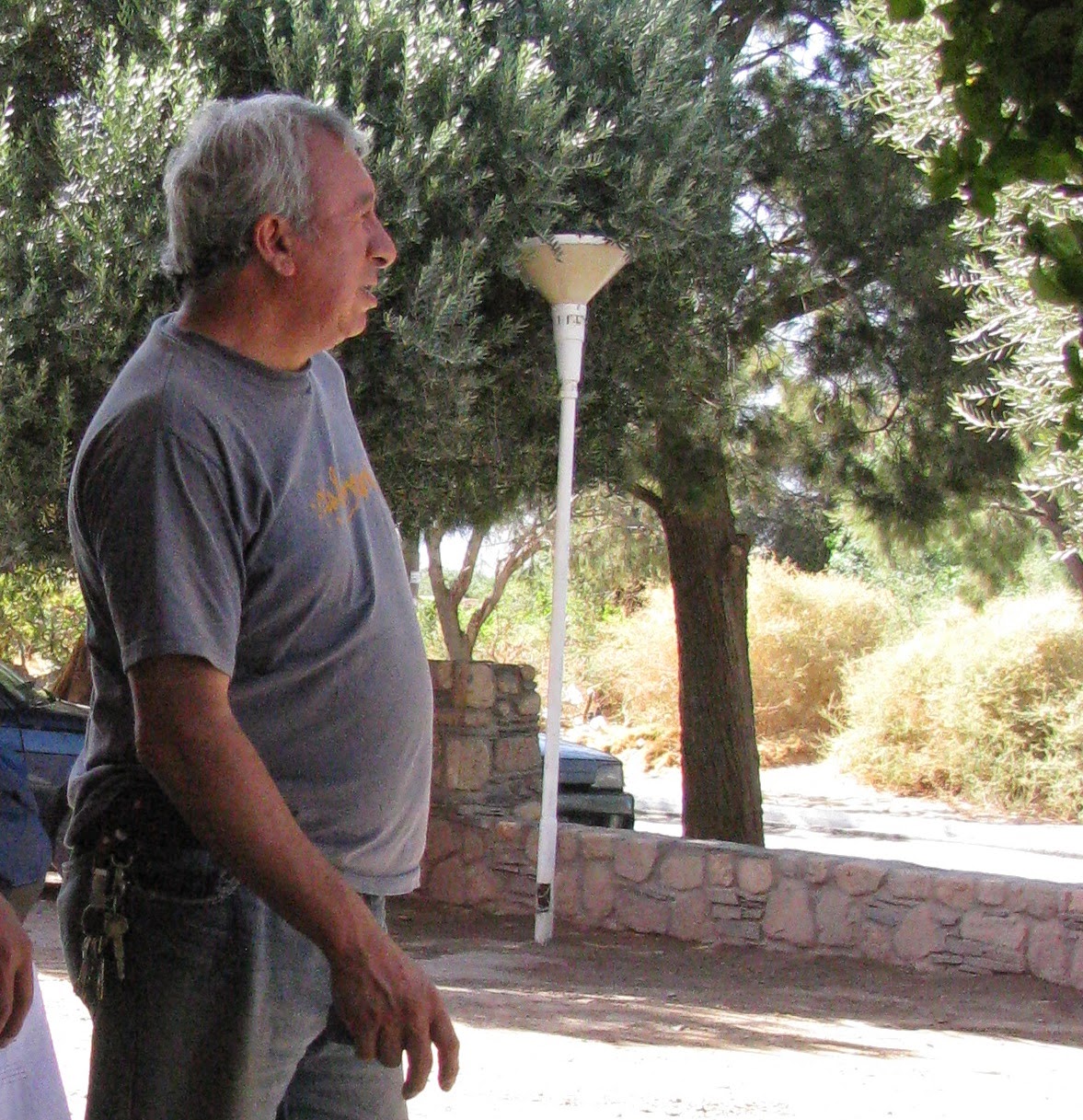 The drive up was enjoyable. As we got close to Cazadero Grande we were in the wide flood plain of a robust stream, so there were lots of grasses and wildlife. We saw a half dozen ostrich-like rheas and a herd of guanacos plus cows, sheep, mules.

We got to the Cazadero Grande refugio #3 at about 12:30 and moved to a stream-side campsite about a kilometer from the road. Photo of it headlines this post.

We set up our tents using rocks instead of stakes. I was paired with Thom, a retired dentist tonight and probably tomorrow night. We set up our tent right beside the stream, which serenaded us with a pleasant gentle babble all night. 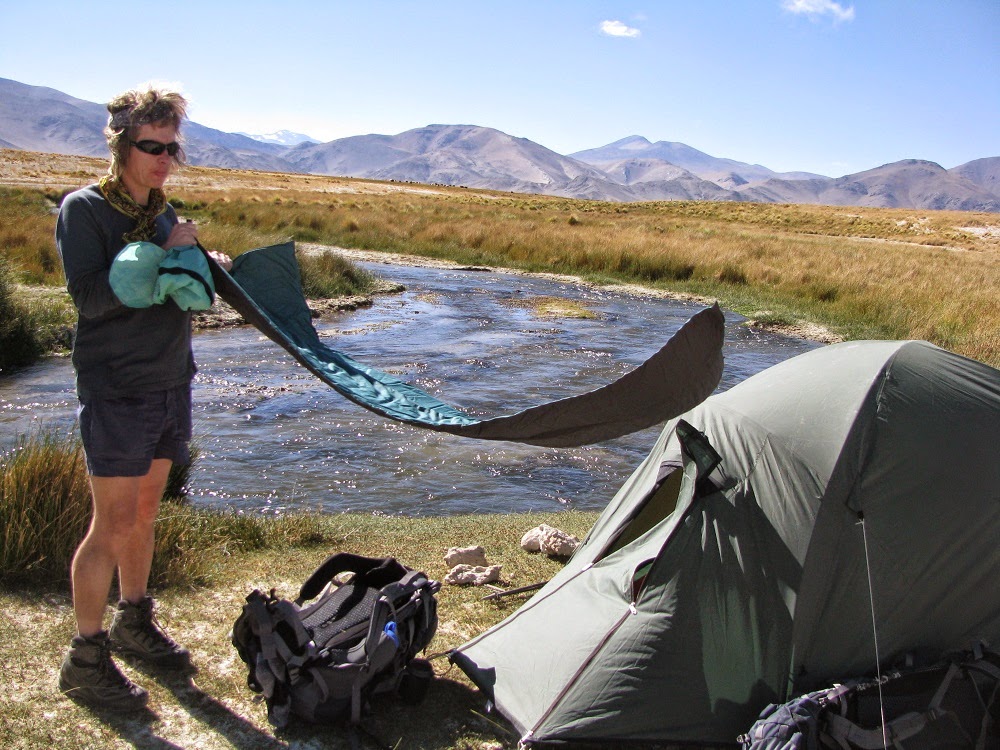 We had a lunch of a good cheese with ‘holes’ like swiss but more orange-yellow, tomato and salty proscuitto-like sliced ham. Most people, of course, made sandwiches of these things but I just ate the inward ingredients separately. We also had potato chips.

John said that the water from the bold stream was good to drink untreated, and his word was true. I filled my water bottles with it, and we then headed off on a training hike, climbing a hill about 5km to the northeast that was 1300 feet above the camp site elevation--close to 13,000 feet on top.  In this shot our campsite is situated in the flatland roughly right behind the cairn. 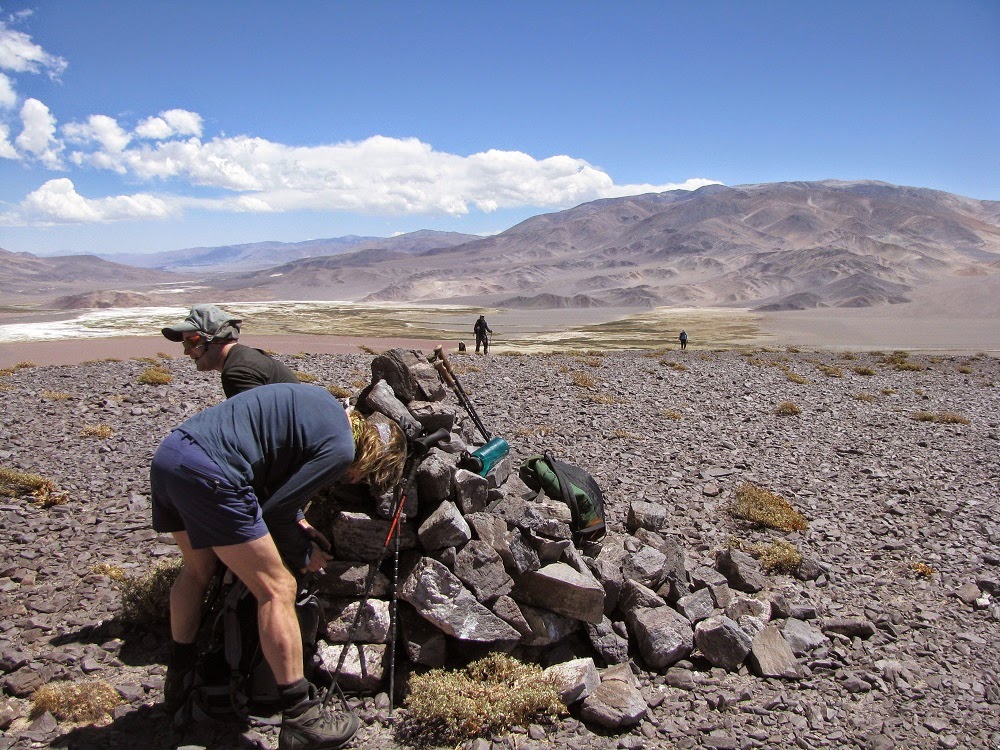 Everybody made the summit without problems. It was calm and hot when we started but got very windy by the time we reached the summit. I felt basically as if I was at sea level--none of the usual signs of altitude, so my acclimatization has helped at this early stage, for what it’s worth. It's a dry, rugged, windy place, but there is vegetation.  Here's a one foot high ancient shrub--a natural Bonsai. 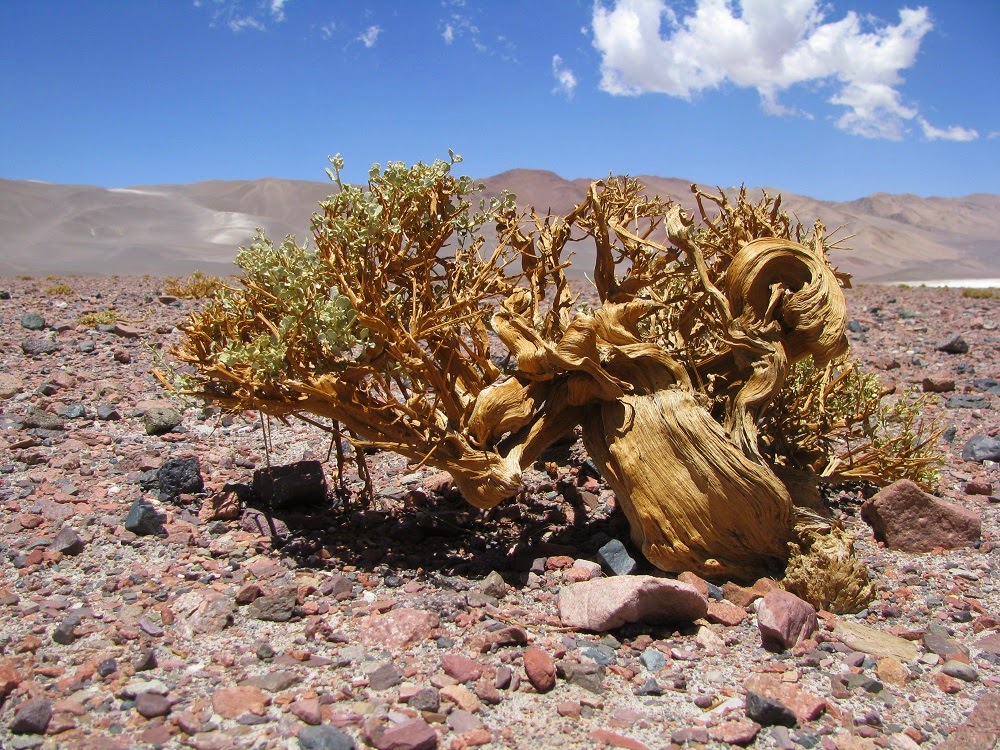 We got back about 4:30 and had tea--I had a quart of Ovaltine then everybody did their own thing, until the 6:30 dinner cooking time. I set up my sleeping bag and stuff in the tent then got out my note pad and caught up with my journal. That took until 5:55, with the wind still whipping, though not as bad as up on San Francisco Pass 4000 feet higher. Then I rested in the warm sunlit tent until 6:25, then joined the gang as the dinner was being prepared. It was 65 degrees outside and pretty miserably windy. Because of the wind, the meal was slow to cook. We ate about 7:30. The beef stew was excellent, though the meat was pretty chewy. We had some wine that Brian brought and some tea and other dessert type items. Here’s Brian (right) serving his wine to Phinella, Thom, and Barry (r. to left): 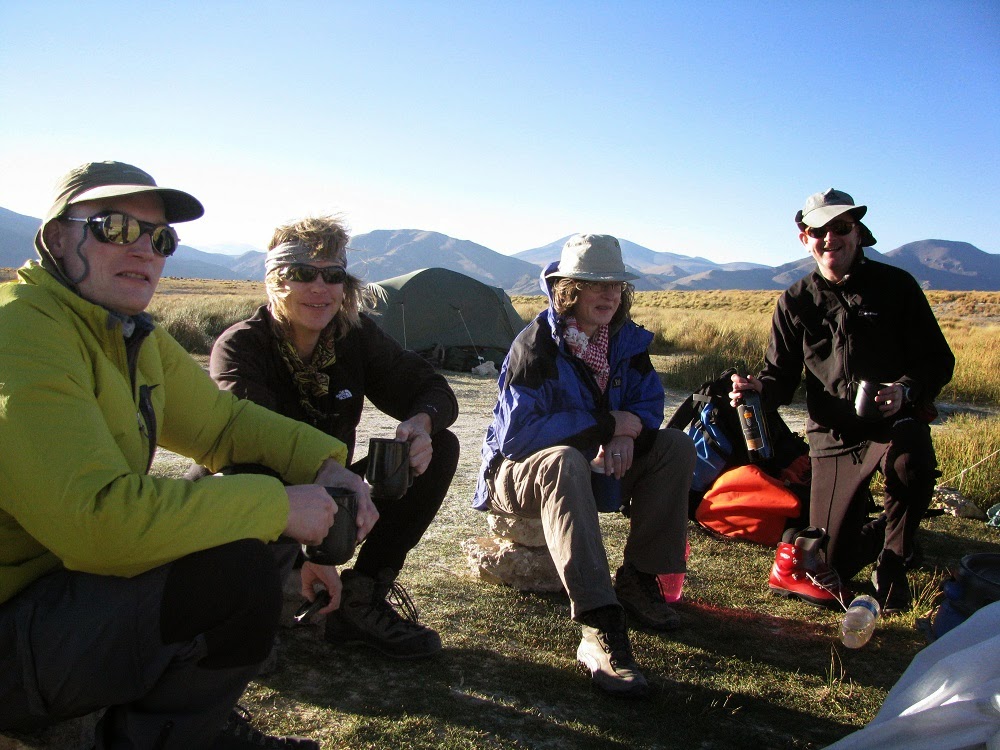 When the sun set at 8:05 (behind the mountains) it got cold fast. As things in front of the guides’ tent wound down I went into my tent to get out of the ever more chilly wind at 8:45. I got in my sleeping bag and added to my journal then turned out the headlamp and rested. Thom came in around 9PM and we went to bed.