This is part 12 of a 31-part posting of my journal entries and photos from one of the greatest experiences of my life so far--a month-long mountain climbing trip to the Atacama Desert area of northern Chile and Argentina, which included summiting three 6000 meter peaks (~20,000 feet).  To view all the entries in this series, check the posts labeled South America. 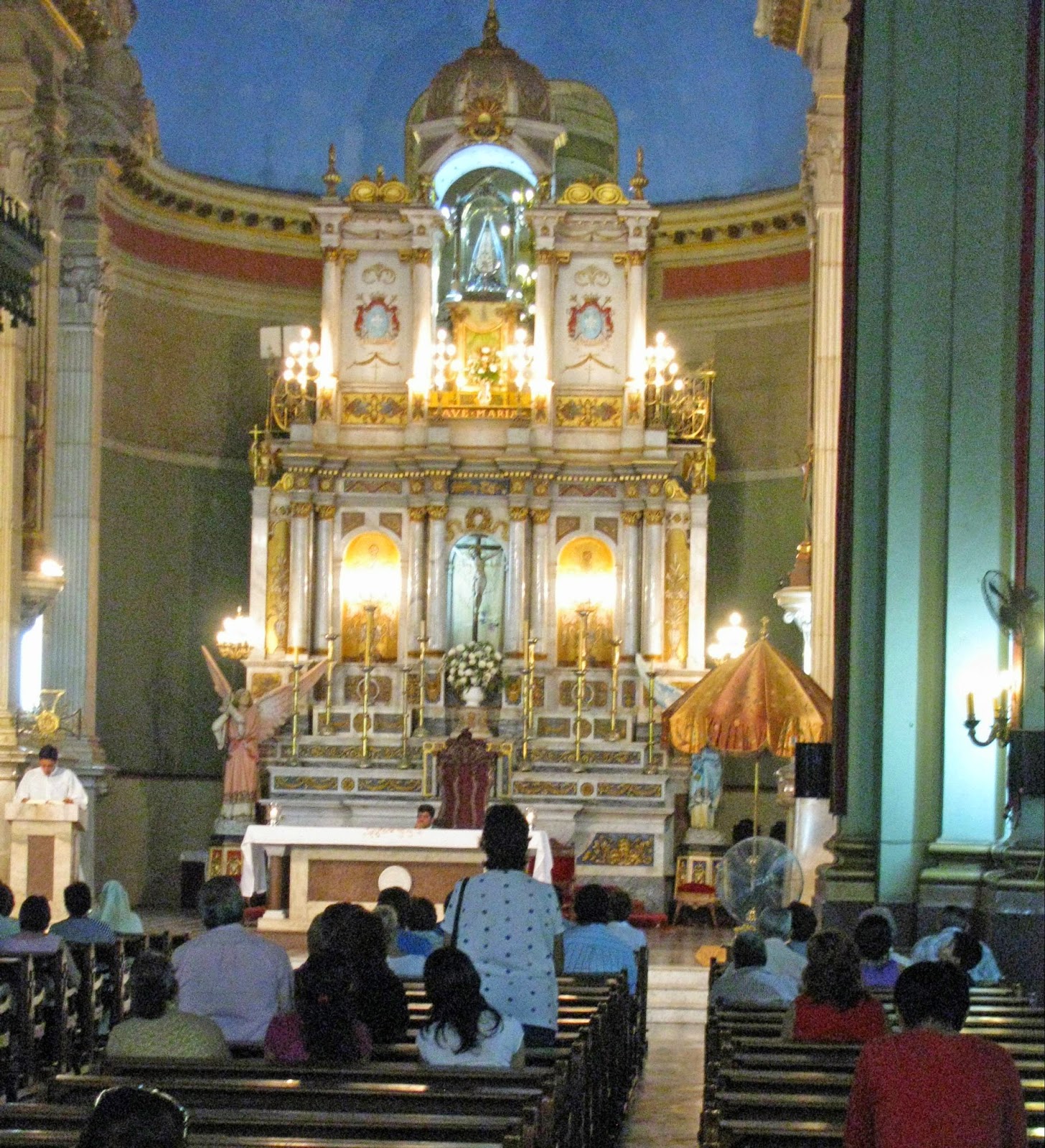 I fell asleep quickly and slept very well, waking up and getting up just before sunrise, at 6:35. With Brian’s agreement I opened up the window and the exterior aluminum sun shades and let the cool summer breezes blow in and watched the sun rise on the mountains to the west. I ate a banana that Brian bought and got on the internet and checked local weather and Facebook and caught up on my journal while just relaxing and killing time. Brian went out to find breakfast and came back to say that everybody had gathered in the restaurant downstairs. I went down and joined them and met everybody and chatted, then at 8:40 or so I went back over to the church, determined to get a photo of the interior. There was a Saturday mass in progress, with the big altar backdrop lit up. 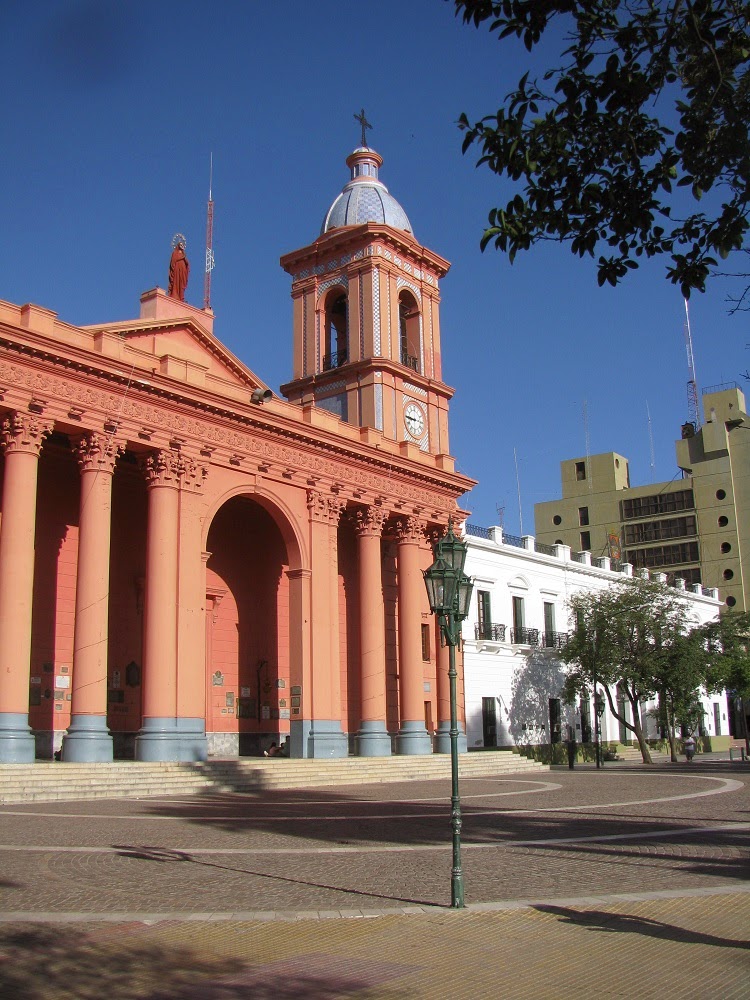 I took an exterior photo from the square and then wandered around the square with the summer bird song amid the collection of big interesting tropical trees that grow there. I returned to my room around 9AM and got on the internet and posted these last photos. I may not have internet access again until I get back here.

I did last preparations for the 10AM departure for Fiambala. The van arrived at the front door on time and we loaded on our luggage and left almost on time. The roads were so good and the ride so smooth that I had a hard time staying awake through the 5 hour drive. Around Catamarca we were in an interesting chaparral area where there were cactus trees as high as the other small scrubby trees in the canopy. Most of the land was not used for agriculture or any other apparent purpose.


It got progressively drier as we got higher in elevation and further west. We stopped about mid-way for a quick snack at a gas station with some tables in the building and rest rooms that were cleaner and more spacious than almost any such place in the US. We got to Fiambala about 3PM during the heat of the day and checked into the Hosteria Municipal--basically the only public accommodations in the town. It’s pretty nice given the size and remoteness of the town.

We settled in our rooms then found a nice little hole-in-the-wall restaurant with basically two things on the menu right on the town central square: they had pizza and one kind of sandwich. We ordered 3 different pizzas and all were very good: one featured Roquefort cheese, one was vegetarian with tomatoes and onions, and one had sliced ham. Following the pizza and beer we all returned to our rooms and napped. I was paired with an interesting experienced climber named John Starbuck for tonight and tomorrow. He's been to Antarctica among many other places - lots of stories.

We both napped, and I slept a lot and very soundly until it was time for our orientation meeting in the lobby at 7PM. That took about an hour, covering the usual kind of stuff, then we killed a little time and wandered over to the Pizza Roma restaurant for dinner. Besides pizza they have a good menu of dinner entrees as well. I got just a large salad but also a huge 1.25 liter bottle of 7-up and we all shared a bottle of wine. We walked back from the restaurant and went to our rooms, arriving at about 10:30. John went straight to bed and I got out my laptop and caught up on my journal. I took a quick shower and cleaned up the floor--shower is not separate from the rest of the small bathroom space. Then I went to bed at 11:30PM.