Driving back to sea level in Northern Chile

This is part 9 of a 31-part posting of my journal entries and photos from one of the greatest experiences of my life so far--a month-long mountain climbing trip to the Atacama Desert area of northern Chile and Argentina, which included summiting three 6000 meter peaks (~20,000 feet).  To view all the entries in this series, check the posts labeled South America. 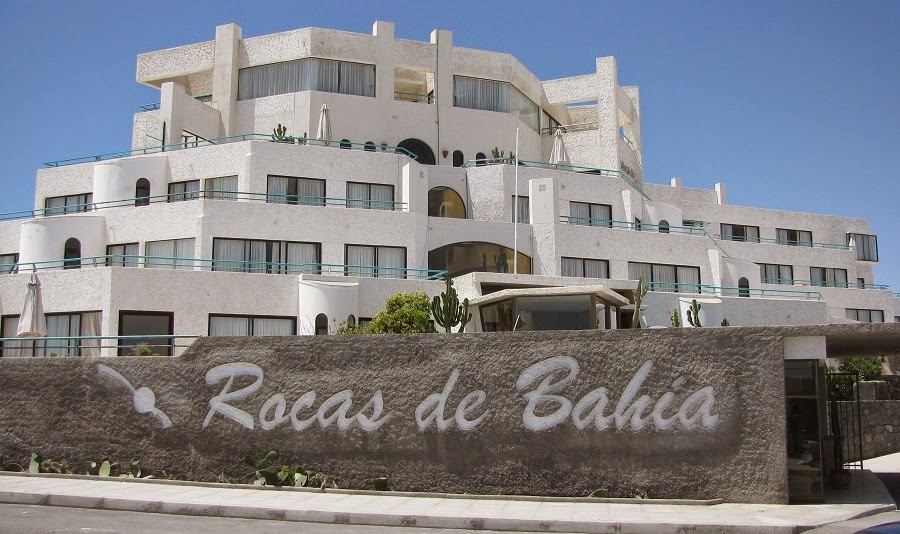 I didn’t fall asleep for a very long time, despite being physically tired. It must be the caffeine deliberately included in the Gu energy gel. In any case I got decent rest. At 10:10PM I noted that the wind had mostly calmed down, and it remained fairly light, though never fully stopping, the rest of the night. The air seemed more humid tonight, though, because condensation formed on my interior windows even when I opened up more windows for ventilation.  (Note: this turned out to be an omen of changes to come--some very unusual weather for the dry season in this driest of deserts.  Future entries will explain further.)

I got up and went outside just to stretch at 11:45 then began to get a bit of decent sleep. I woke up at about 4AM and began to watch the eastern sky. Amazingly, with the sun still 30 degrees below the horizon, there was detectable glow beginning--noticed by comparing with the horizon in other directions. I continued to watch and relax, waiting to see the final moon rise of this cycle, with the new moon tomorrow. The sliver moon finally rose at 6:07. I turned on the car to start it warming up and then did a few chores and rearranging the mess in the car.

I left my 'campsite' of the last three nights at 6:37AM and started heading back to Copiapó. It was 1.1 km just to get from my parking area to the highway at the pass--round trip of a mile and a half avoided with each hike! The sun rose on the high peaks at 6:50. The drive was uneventful and I only took one short pause at a salt flat near the border check point to photograph this cute pyramid mountain sticking up out of a salt flat in the middle of nowhere. 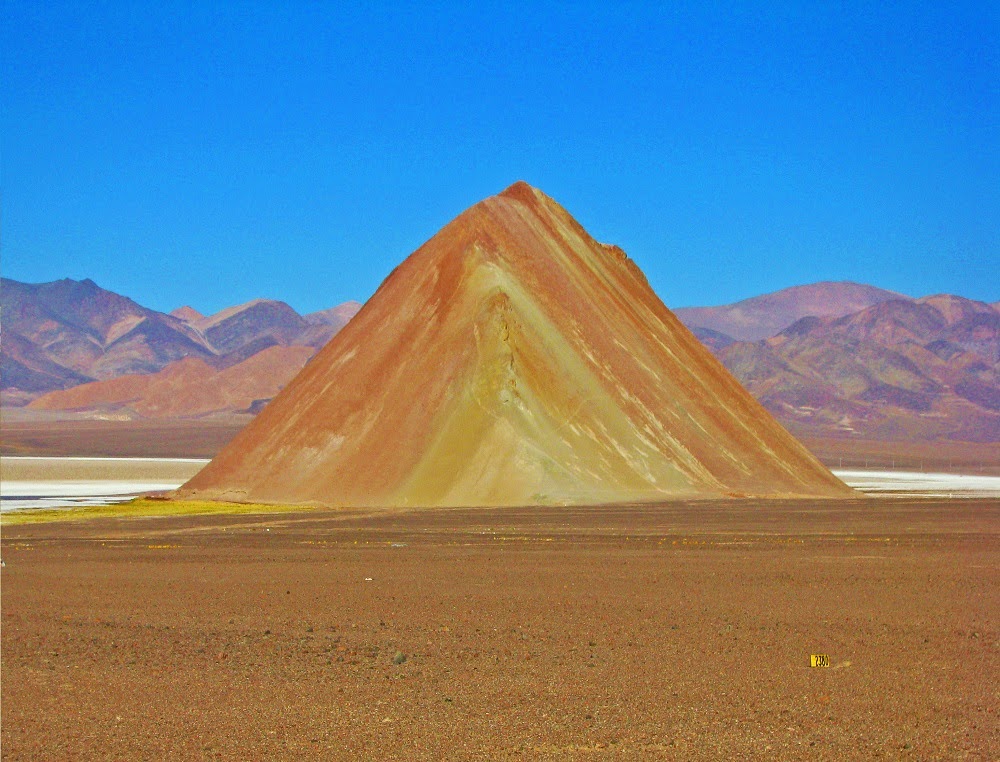 I arrived in Copiapó at about 11:20 with the gas gauge still touching the half-full mark. So the trip down took well under 3/8 of a tank! In my angst about having enough gas, I didn’t consider that it would take much less gas to descend 15,000 feet than it would to ascend.

I bought gas as I was making the turns necessary to get to the Jumbo store--bought only 10 liters, which will be more than enough to get me to the airport with much more gas than it had when I picked up the car. I then shopped at the Jumbo store at 11:45AM. It’s a general store, not just a grocery store, so although the food selection was great, it’s not comparable in size to things in the US. The relative amount of space devoted to fresh foods and non-prepared stuff was huge compared to in the US.

I bought most of what I needed plus two beers to add to my Chile beer bottle collection. They didn’t have anything good to buy as souvenirs. I then hit the road, passed through Copiapó, and stopped at a big new modern interchange south of the city, where I parked on a side road off the frontage road and drank the beers while they were still cold. The much cheaper one, a black lager, was better. The other seemed more of a collector’s item, much more expensive, and brewed in Punta Arenas, as far south as you can get before hitting Antarctica.

I then headed on down to Bahia Inglesia, stopping to take some photos of a typical highway-side memorial--amazingly elaborate--on the road to Bahia Inglesia right near the intersection with the main highway.  Memorials like this are common, scattered all along otherwise desolate stretches of highway. 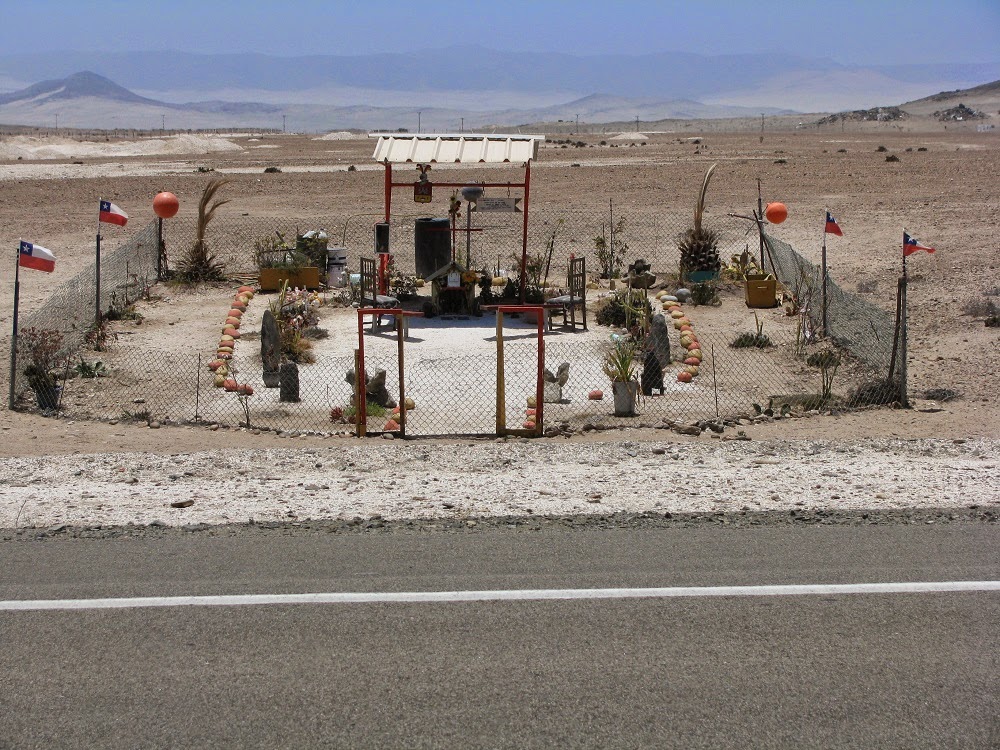 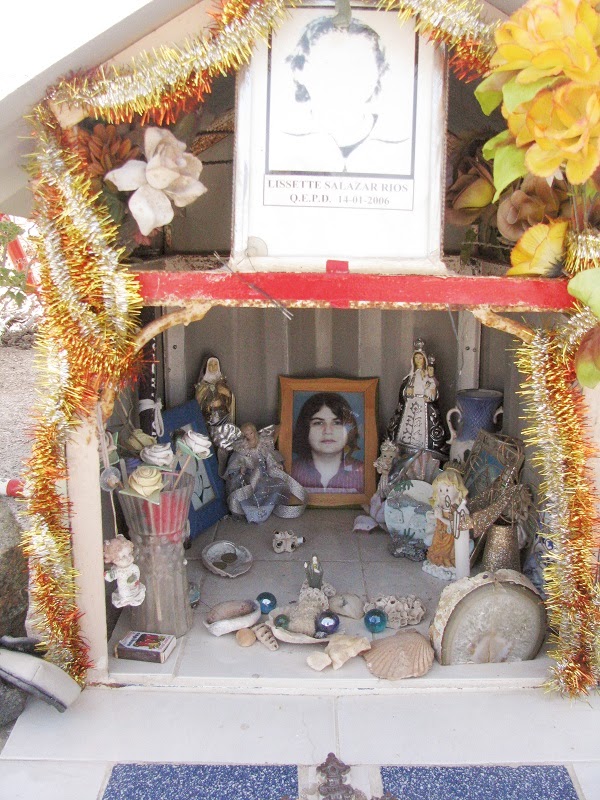 I got to the hotel at 2:20 and checked in quickly. The room I have this time is the one between the two I had before. It’s bigger and nicer than both. It also has the advantage of being able to drive practically up to the door, so I was able to empty the mess in the car with little hassle. Then I put on sunscreen and walked the beach front walk and took pictures and looked for souvenirs and gifts. 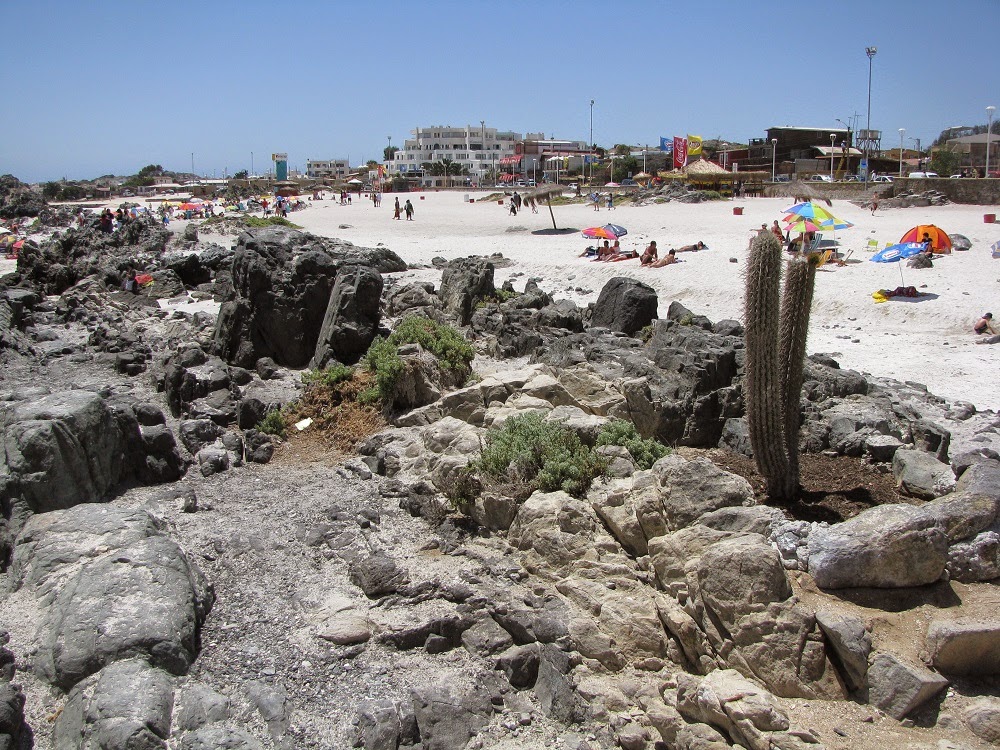 … nothing of much interest. Really, this is a very small resort town so the shops are quite limited. I returned to my room and ate one of the three canned herring specialty meat items I bought at Jumbo--super good! I also drank some of the apple juice I bought--first tried on the LAN flight, I find Chilean apple juice to be more like cider and really super delicious compared to the clear brown American version.

I got out my laptop and found a decent wifi signal at the pool beside the restaurant so I got an outside table by the pool where there was an outlet. I hit about a dozen pages before it seemed to stall out completely. I managed to check my main emails and the CNN news page with news of a huge earthquake in Haiti. Otherwise I used the stall time to catch up on journal writing. The internet was still stalled, soI gave up and went back to my room for a while. (It was getting chilly outside in the shade by the pool anyhow). I ate another of the three herring tins--this was the biggest--smoked herring swimming in lots of vegetable oil. That seemed to assuage my craving for protein and fat. Then I took a shower and shaved. It was good to get rid of the stubble, but otherwise I didn’t really notice any difference being clean.

Anyhow, I was out of the shower at 5:45 then I drank lots more of that apple juice (should have bought even more) and got back to the laptop and downloaded and processed the photos taken today. I finished all the liter box of apple juice while transferring all the images not yet posted on Facebook to my flash drive. If I can’t get to the internet with my laptop I’ll use the computer in the lobby. I ate a bit of the salami I bought--plastic skin that won’t come off without taking half the meat--and then decided to try the internet. It was putting stuff through pretty well, and with some patience I managed to upload all the photos! It wasn’t until 9PM that I got all the pics uploaded (about 40 of them) and captions written.

Now it was time to pack.  I took a break and went out to the local store and bought a bottle of water--guess I'm more dehydrated than I realized.  I finished packing and ate a bit more of the greasy salami then went to bed at 11:20PM.