Road walking.  Flat farm country.  Straight roads, running either east-west or north-south, laid out in an endless grid of perfect one-mile squares.  Nothing much to see.

That's been my fare in northwest Ohio.  That will be the fare when I enter southern Michigan.

What I've done to make it more interesting is strike out on my own--design my own road walk, rather than follow that prescribed by the North Country Trail Association.  From Defiance Ohio they chose a route that meanders east toward Toledo then back west and north to Hillsdale, Michigan then west through Battle Creek.  I chose a route that made a bee-line northwest.  My goal: to add the state of Indiana to the collection of states along my continuous footpath.

It's one of those opportunities that don't exist in many places around the country--a point where three states meet that is accessible to the public and is celebrated by a monument.  The monument, in this case, is not right at the tri-state point, because that point is in the middle of a road. 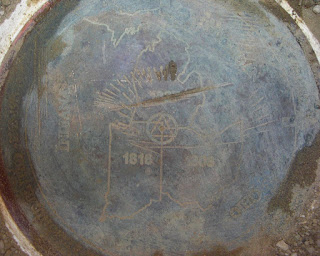 But that gave me the chance to -- theoretically -- step out of Ohio and into Indiana and Michigan with a single definitive pounce!  These are the 20th and 21st states I've connected with my continuous string of footprints (22nd national political division counting the District of Columbia).

Getting there was, as they say, half the fun.  The other half I made myself, by putting my succession of daily hats into photos.


Since leaving the official designated route of the Trail, as reported in my last post, I crossed the Maumee (Miami) River ... 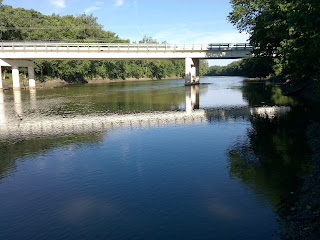 ... and have been treated to flat, open-country scenes like this 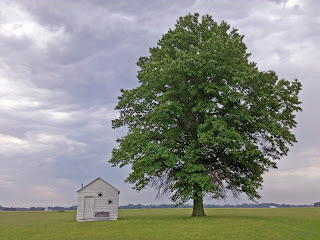 and oddities like this, the biggest 'TP-ing' I've ever seen (a prank? a party gone out of control? or is this just the way they celebrate having a grove trees - this is a young plantation of walnut trees) 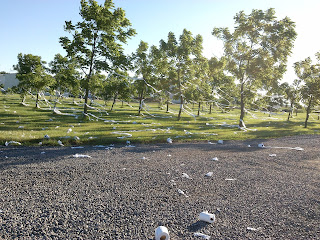 with the ubiquitous European fulvous daylily in full bloom (yes, it's considered an invasive species) 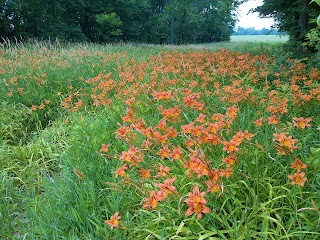 and a few glacier carved depressions beginning to appear as I approach the Great Lakes and Michigan's lake country. 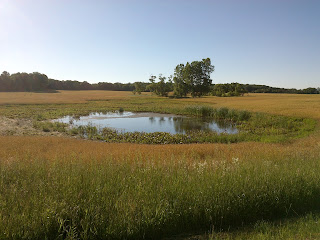 Midwestern summer weather has been pleasant with a few hot days but many more cool ones, and the occasional thunderstorm.

Other than that, not much to report.  Flat.  Flat.  With more flat to come.  And more hats to come.  Can I stand the excitement?

Meanwhile, here are the GPS Tracks of the five days of trekking across northwest Ohio presented in chronological order, thus southeast toward northwest.  It was the middle of that last map - the last day's hiking that is part of this report - when I set foot into Michigan and then headed on west into Indiana.  I would be back in Michigan and into lake country in another day.  Stay tuned. 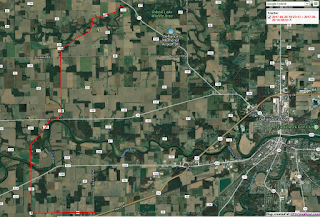 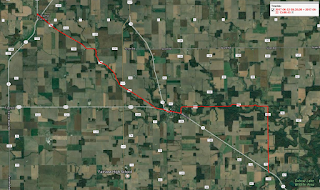 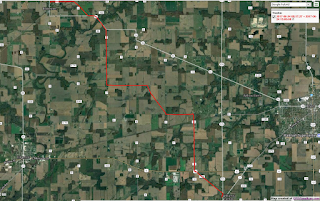 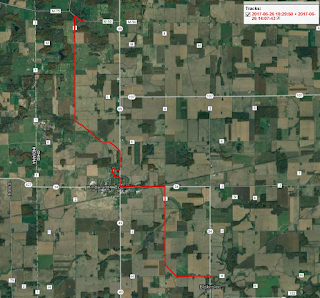 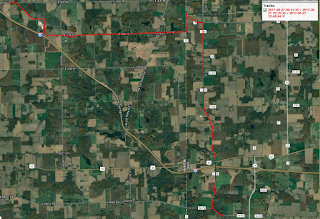