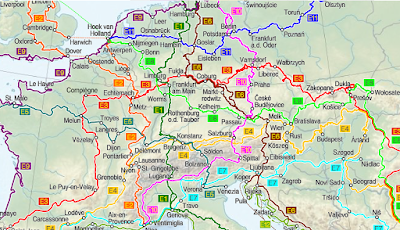 America, do you want to be known as 'second best'?  Are you ready to admit you just can't cut it?

Well, I'm not.  But look at the map above.  It shows the heart of Europe, and every one of those lines is a long distance hiking trail.

It doesn't need to be that way.  But to close the gap, we've got some work ahead of us.

The European Ramblers Association, an umbrella organization spanning 34 European countries has been working to establish, mark, support, promote, and maintain that grand network of connected trails.  They've designated twelve long distance trails, which they call E-paths, reaching every corner of the continent.  Trails range in length from 994 to 7332 miles.  To give two examples, on E-1 you can hike from Nordkapp, Norway on the Arctic Ocean well north of the Arctic Circle to the shores of the Mediterranean Sea on the southern tip of Italy, or you can follow E-3 from the Atlantic Coast of Portugal to the Black Sea at Istanbul, Turkey.

Europe isn't the only place that is moving ahead of us in the area of connected long-distance trail development.  Canada is on the verge of celebrating its 150th birthday by completing 'The Great Trail.'  At over 13,330 miles, it is the longest trail in the world! 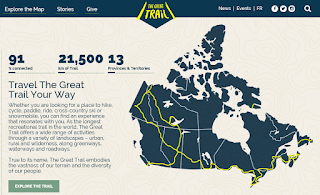 America, I challenge you to do better.  We have so many great wild places and open spaces.  We have our patented 'can-do' pioneering spirit and so much unquenchable energy.  We have plenty of experience and know-how in all phases of trail development.  Surely we can achieve a trail network to match and exceed the one in Europe.

What I see as the key missing factor is a committed umbrella organization.  In this country we have excellent individual trail organizations, the strongest of which is probably the Appalachian Trail Conservancy, and we have a number of national hiker organizations such as the American Hiking Society, the Appalachian Long Distance Hikers Association, and my favorite, American Trails; but none of these organizations take direct responsibility for hands-on development of trails nationwide.  None have the expansive vision I'm advocating here--to build a national network of connected trails.


His ideas came at a time when other visionaries were just beginning to formulate the national network of motor highways.  In the 1950's The highway system found a strong champion in President Dwight D. Eisenhower, and the Eisenhower National Interstate Highway System came to fruition.

Why do we need a 'Benton MacKaye Interstate Trail Network'?  MacKaye spelled out many reasons, and others, such as Steve Myers, who is developing the Great Plains Trail from Canada to Texas continue to make cogent arguments for the need for long distance trails, but there's one argument they all leave out.

Well, guess what.  A system of interstate primitive walking trails is probably an even more effective National Security resource than a highway system.  Imagine if our country is ever invaded by a hostile force.  The first thing they would do is bomb bridges, disabling the highway system.  But what an invading force has the hardest time doing is effectively quelling grass-roots citizen resistance.  I'm old enough to vividly remember Viet Nam.  From that painful experience we learned just how valuable and effective a resource a primitive trail can be (What we called the Ho-Chi-Minh Trail) in engaging Guerrilla Warfare against an invading force. 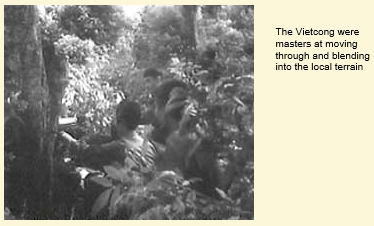 Building trails in wilderness corridors, and indeed building a network of connected wilderness corridors expressly for primitive trails, ought to be on the National Defense agenda.  We fought a Guerrilla War against the British in the Revolutionary War starting with Lexington and Concord in 1775, and just because we haven't been invaded by an army of a foreign power since doesn't mean we can smugly ignore the possibility.  When it happens it will happen with little warning, quicker than we can imagine, and we'll need to be ready.

So how to start?  First, as I said, we need a focused, committed umbrella organization.  How about modeling the effort after Canada's push to complete its trail for its 150th birthday?  Our 250th is coming up in 2026.

Then we need a master plan such as the twelve great trails in Europe's network.  We already have a decent set of long distance trails in the federally sanctioned National Trails System, and the object ought to be to fully connect them.  There are lots of individual visions for more long distance trails such as the already mentioned Great Plains Trail, the American Discovery Trail, the East Coast Greenway, the C2C (Sea-to-Sea across the northern tier of the US), the Eastern Continental Trail (Canada to Key West, FL).  There are at least three border-to-border trails running north-south in the western US (Pacific Crest, Continental Divide Trail, the Great Western Trail and a fourth proposed (the Desert Trail).  We need a couple good east-west routes across the southern US (perhaps a more northern one incorporating North Carolina's Mountains-to-Sea Trail or South Carolina's Palmetto Trail with the Trail of Tears and the Hayduke Trail, and a deep-south one incorporating the Florida Trail with a dip into south Texas) and a couple good north-south routes across the heartland/breadbasket, one using, say, the Gandy Dancer Trail, the Ice Age Trail, the Land-Between-the-Lakes North-South Trail, and Natchez Trace and one west of the Mississippi.  We ought to turn most of the National Historic Trails into hikeable trails.  Federal, state and county highways often have wide rights of way that are much wider than are being used, and a number of those have been turned into bike trails.  We need much more of that.

Trails are fundamental to human existence.  Walking is the mode of transportation of last resort.  It will be a long time, if ever, before we replace our feet with machines.  So let's give those feet a robust web of paths to follow.  Let's take Benton MacKaye's ideas nationwide.  Let's get out there and do what we do best--be the unrivaled Trail Blazing Nation that our hearts know we are.