Hiking with gators - the outer dikes of St. Marks NWR 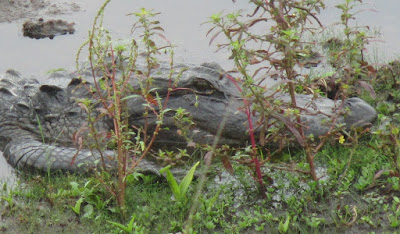 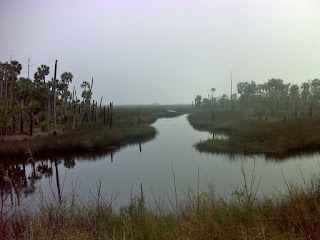 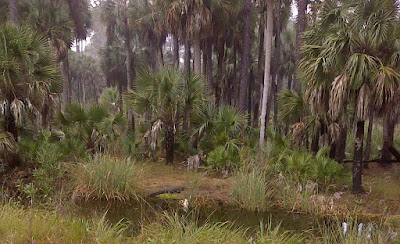 Today rates three headline photos - it was that memorable.  I hiked in fog all day, never saw the sun, and yet the impression left on me sparkled like light through diamonds.

Until today I had never seen an alligator in the wild.  Today I lost count at about twenty-five and saw as many more before the end.  Here's just a sampling of a few more of the best shots: 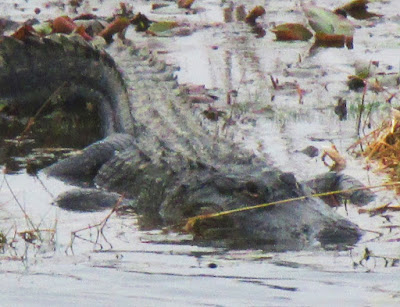 All the gators I saw were in the dike-regulated wetland areas of St. Marks National Wildlife Refuge, barely a mile from the open Gulf of Mexico.  A stiff south wind was bringing fog in from the Gulf, and with it came the soft briny scents of the sea. The trail comes out of the woods and follows the open dikes through marsh-grass wetlands for several miles. 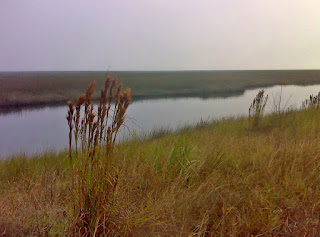 Out there the wind kept the mosquitoes away.  Within the 'protection' of the forest, they were rampant.  This shot only shows the ones that had landed.  For every one of the blood thirsty little suckers on my leg there were twenty more buzzing around me from head to toe. 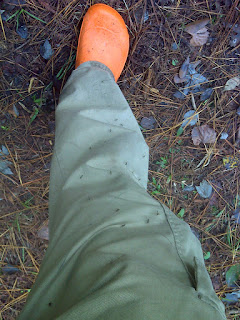 Inland the trail through the Refuge follows gated service roads most of the way.  Even in the wilderness areas it followed former roads.  Yesterday on Port Leon Road I spotted two Lynx, also called Bobcats, but didn't get close enough to get a photo.  Today this deer on the East River Pool Levee Road was more cooperative. 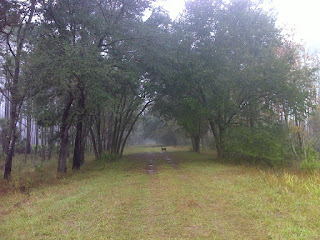 The main east-west road through the Refuge is FR 105, Tram Road.  The trail follows an arrow-straight section of that for a couple miles, including crossing a tidal stream on this decaying old bridge. 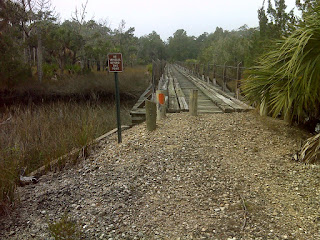 But for me, the most memorable part was when I was out under the open sky on the Ring Levee. 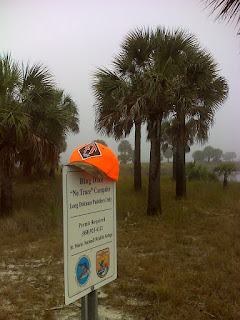 Because it is out in the open, amid a sea of marsh grass, yet wonderfully remote, this gets my vote for best campsite on the Florida Trail, at least so far. I'd have to share it with the gators and the 'skeeters, but it would be an honor.


Below is a map of the day's hiking, with links to many more photos.

Eastern half of St. Marks NWR at EveryTrail
EveryTrail - Find the best Hiking near Tallahassee, Florida
Posted by PJ Wetzel at 9:15 AM