Tracing century-old remants of the Lincoln Highway across Nebraska on foot, Part One


Hiking to "Colorado or Bust", via the Lincoln Highway across Nebraska means hiking the comfortably wide shoulder of US 30 most of the time.  But I'm finding little remnants of the original Lincoln Highway such as the grassy tree-lined boulevard in Duncan, Nebraska, shown above and here: 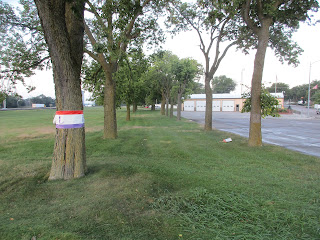 The original hackberry trees, such as the one with the Lincoln highway banner, were planted in 1913 to provide shade for the travelers as they passed through town.  Some of them have died and were replaced.  There are plans to plant more replacements.

Elsewhere a 1.2 mile preserved section of the original highway features this original Pony Truss bridge over Prairie Creek that was already in place when the Lincoln Highway was dedicated in 1913.  You can still drive across it today, as long as your vehicle weighs less than three tons. 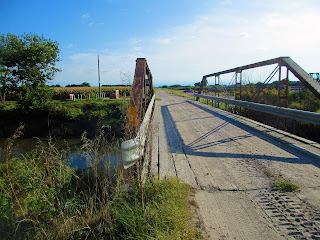 Okay, that's a teaser -- just a few of the highlights.   Let's put the rest in chronological order:

Day 82:  I hiked from Schuyler to Columbus.

There was a Mormon National Historic Trail marker in Schuyler--first one I had seen. 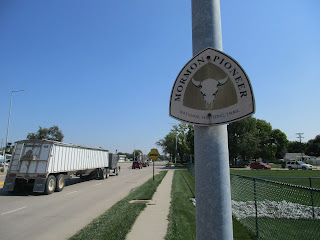 Columbus is a much bigger town, and calls itself the city of power and progress.  The Loup River Power Canal, shown behind the sign, brings water through a hydroelectric plant in town. 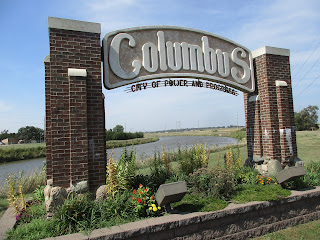 US 30 crosses the Loup River in Columbus and crosses over the town's bike trail.  Columbus also has a fancy bridge over the Union Pacific Railroad tracks, which have been in continuous operation since 1866 here.  The two bridges come in quick succession within half a mile. 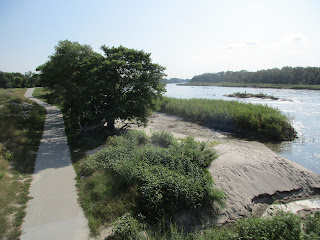 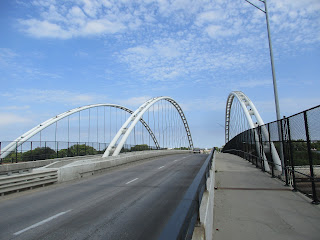 Day 83, hiking from Columbus to Duncan, was when I passed the tree-lined, no longer drivable piece of highway shown above.

Day 84:  Halfway through the hike between Duncan and Silver Creek is where the old bridge over Prairie Creek, shown above, can be found. 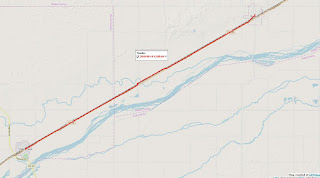 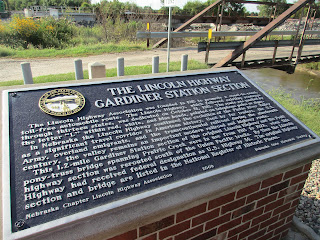 On Day 85 I hiked from Silver Creek to Clarks. In Clarks their brick main street is the original route of the Lincoln Highway.  They honor it with a mural and lots of telephone poles painted with the red, white, and blue highway markers, just the way it was done a hundred years ago. 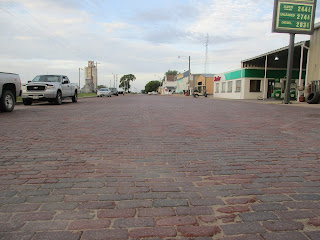 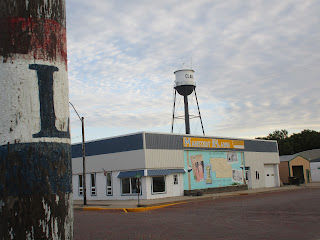 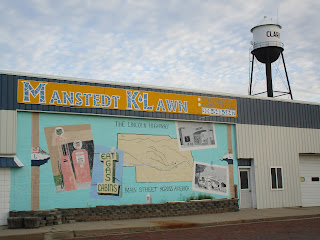 I got to hike another two mile stretch of the old original highway today.  Most of it is just corn fields now. 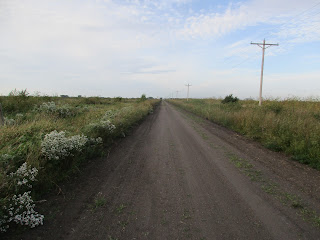 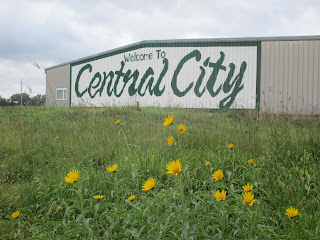 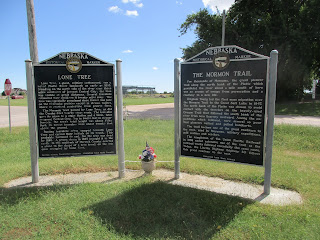 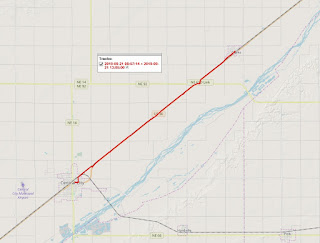 Finally, on Day 87, I did the dead-straight, dead-flat walk from Central City to Chapman. 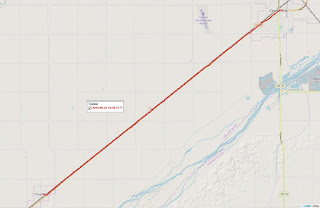 Through Chapman a part of the original Lincoln Highway is still in use; and somebody had spruced up one of the 3000 original concrete highway markers and transplanted it to their yard. 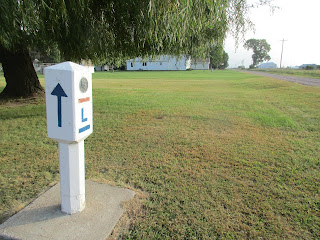 The other distinction of this day was that I could see the two towns' towering grain silos, ten miles apart, straight ahead and behind me the entire hike.  The view below is a zoom shot of the Chapman silo, eight miles distant. 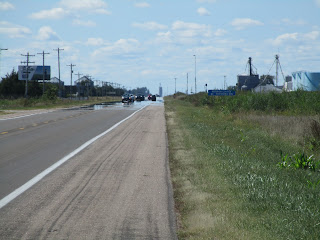 More highway walking fun in the next post, stay tuned.
Posted by PJ Wetzel at 8:58 AM