Tracing century-old remants of the Lincoln Highway across Nebraska on foot, Part Two


Continuing from the last report, my Colorado or Bust, Day 88 hike brought me from Chapman to the relatively big city of Grand Island, population 60,000. 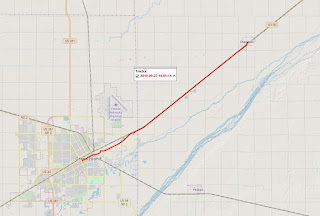 Here they've preserved a few hundred yards of a concrete segment of the Lincoln Highway built in 1915.  It was part of a mile of concrete, one of the first "seedling miles" constructed to show the promise that paved highway could offer compared to the rutted, muddy dirt roads of the time.  The dream was to pave the entire Lincoln Highway, and these 'Seedling Miles' were meant to inspire the locals to get behind the effort, to raise funds for more paving and to get it done.  In retrospect, I suppose it worked, eh? 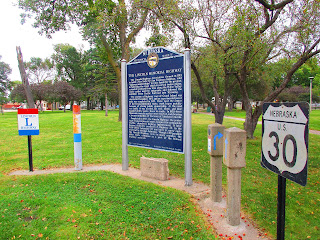 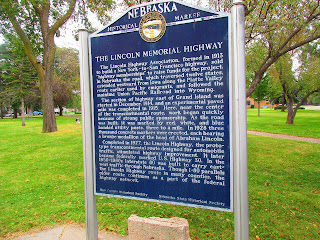 The following day, Day 89, I moved on from Grand Island to Wood River, where they have a well-preserved main street block with late 19th century buildings in the typical western plains style. 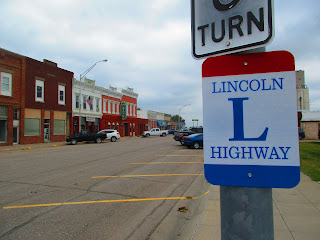 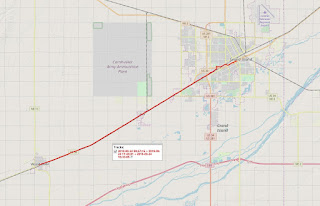 Out in the country between towns, I was treated to a unique memorial and one of my classic photo subjects, a specimen tree - this one a Cottonwood: 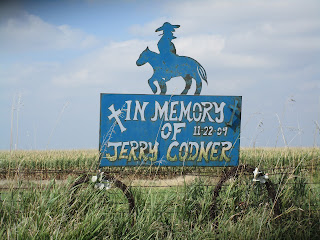 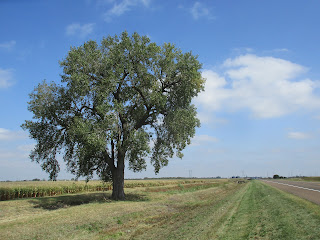 Day 90 took me from Wood River to Gibbon via the intermediate town of Shelton, which styles itself as the Lincoln Highway Capital of Nebraska. 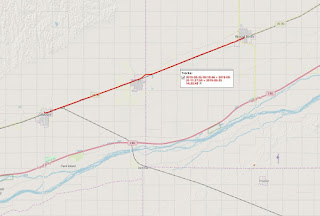 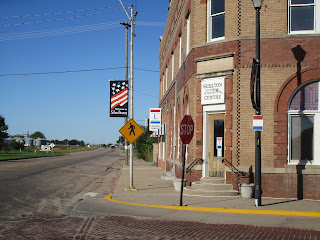 There was more wide open Nebraska scenery, too, of course. 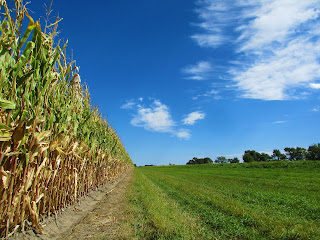 I call that photo 'Access to Corn'.  If you're hiking out in the open like this, mile after mile, and nature calls … well … access to ten-foot-tall corn becomes a precious thing.

Now, on Days 91 and 92 I passed through Kearney, starting in Gibbon, and ending in Elm Creek, Nebraska.

Built in 1848, Fort Kearney is the outpost of western civilization that tied all of the old transcontinental trails together.  The present town of Kearney has a 16 mile hiking/biking trail system that connects the Fort, on the south side of the Platte River, with downtown on the north, with the University of Nebraska Kearney campus, and with the Kearney Canal coming in on the northwest side of town.  I didn't hike all of this trail, but the three miles of it along the Canal provided a fine change of pace from noisy traffic and trains. 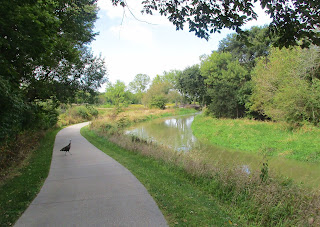 That turkey was the mama.  She had 8 or 9 youngsters who were browsing on the other side of the canal, right of the photo.  When I passed, the young-uns scurried into the deep undergrowth, then after I passed Mama came out calling for them.

In downtown Kearney, there were birds of a different feather - a congregation of religious pigeons. 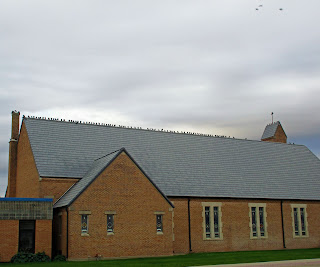 Day 93 took me from Elm Creek to the neat and friendly town of Overton. 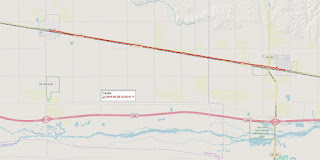 Here, in Overton, they have preserved an old concrete bridge along the original Lincoln Highway, and the boy scouts have refurbished and protected one of the original highway concrete markers, likely in its original location, now a grassy strip of parkland. 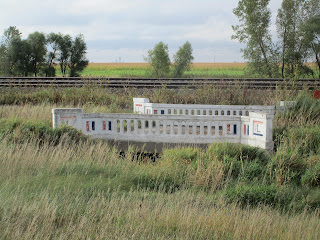 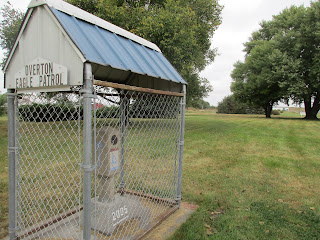 The 600 people of Overton seem to hold dear and honor one another and their history, to a degree I've seldom seen elsewhere.  Witness this well-stocked free food pantry in the roadside park near the pedestrian rail overpass (background), and their first-rate new Veteran's memorial on the east side of town. 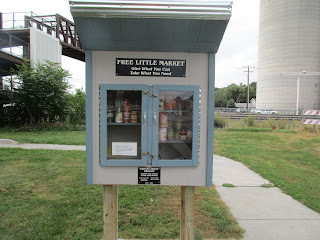 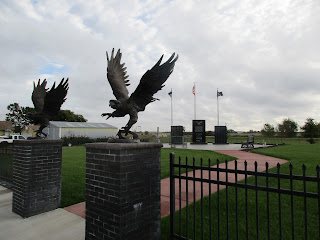 The Lincoln Highway goes ever on.  More to come in my next report.