Following the Overland Trail into Colorado

"It is said that the Overland Trail was the heaviest traveled road in America, maybe even in the world, between 1862 to 1868."

The more famous Oregon Trail couldn't compare.  It followed the south side of the Platte River through Nebraska, and where the river split into North Platte and South Platte, people following the Oregon Trail had to ford the South Platte.  There were four main crossing points in Nebraska and extreme northeast Colorado.

But when gold was discovered in Colorado, near Denver, in 1858, many more travelers began to bypass those fords in order to continue up the South Platte.  The Colorado Gold Rush, with its famous motto "Pikes Peak or Bust" was the second largest gold rush after the famous 1849 discovery at Sutter's Mill in California.  It is because of that gold and the opening of Colorado Territory to homesteading, that the Overland Trail became a safer and better-supplied early wagon route, even for people heading on to Oregon and California.

And that's the trail I've chosen to follow on my own "Colorado or Bust" trek.

I've reached Colorado, now, so its time to be more specific.  My final destination is the city of Fort Collins, at the end of the orange line on the map above, where I lived at four different addresses between 1970 and 1980.

This report covers ten hiking days, each one book-ended by a small town.  Here's the day-by-day report:

I was still following the Lincoln Highway, US 30, on the north side of the South Platte River.  My parking place at Roscoe was on an old bridge over the river, now closed to traffic, and offering this morning view of the meandering sandy river. 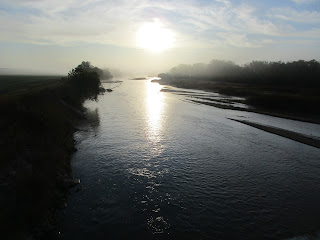 Day 104: Roscoe to Ogallala, 'Cowboy Capital of the World':

The little hamlet of Roscoe has suffered from its proximity to Ogallala and from the loss of traffic after Interstate 80 was built in the early 1960's: 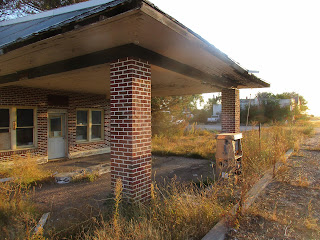 Kind of the way the old wagon trails, Overland and Oregon and the rest, rapidly declined after the opening of the transcontinental railroad a century earlier, in 1869.

Day 105: After a day off for snow and cold and strong wind, I headed from Ogallala to Brule.

The snow amounted to just a trace. 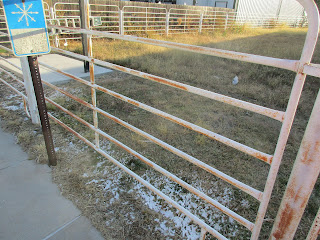 Brule was one of those towns where the original Lincoln Highway ran long-ways through the town.  Here's one of the original concrete highway markers next to a monument celebrating the 1886 dedication of the town park. 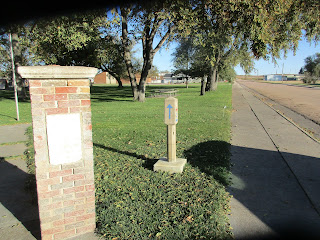 Today I continued along the original Lincoln Highway, leaving US 30 behind, passing the old Oregon Trail wagon ruts still visible on California Hill (see map up top for marked location), passing the site of a Pony Express station marked by a monument along the highway, and continued southwest along the South Platte river valley.

Photo highlight for me was one of those long-suffering old trees that is just dripping with character.  I call this fellow the 'Dancing Ent' after the ancient tree herders of Tolkien's Middle Earth. 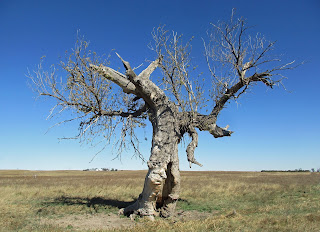 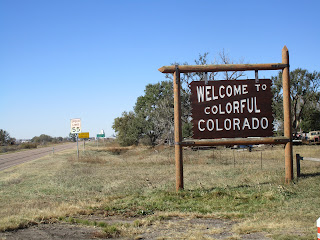 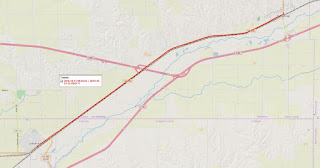 In downtown Big Springs, the Phelps Hotel, established in 1885, is still in business as a Bed and Breakfast. 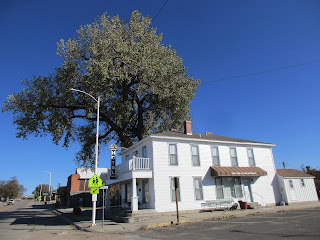 It is in Big Springs that I bade farewell to the Lincoln Highway, which had been my companion and hiking route since Iowa. 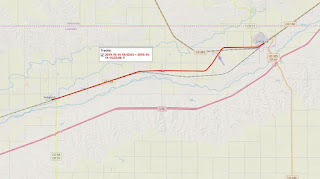 It is just east of Julesburg where the last of the four Oregon Trail route options crosses the South Platte at the confluence with Lodgepole Creek, and heads north to Chimney Rock. 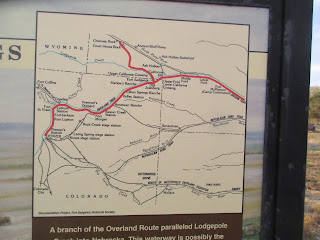 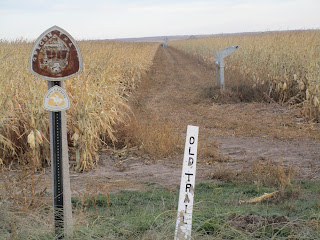 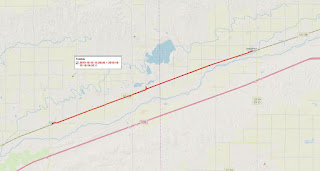 The town of Sedgwick features the widest main street I've seen anywhere, which is accentuated by the tiny, almost toy-like buildings that line it. 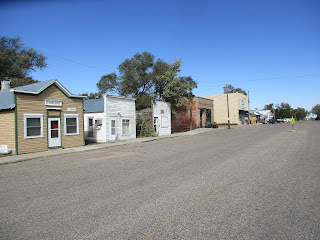 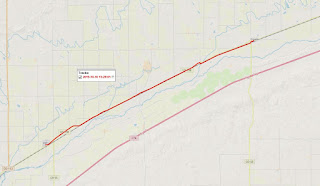 Iliff's 'town square' is an old hand water-pump.  No signs explaining its significance. 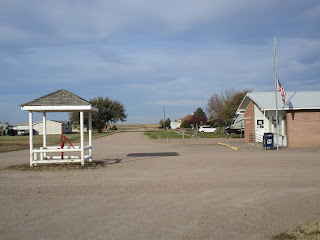 Day 111: Iliff to Sterling, and the Overland Trail Museum, where they provided me with the map up top of this post. 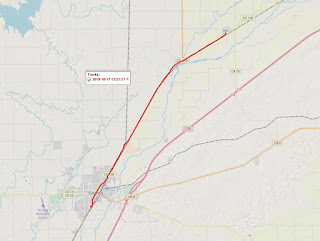 Day 112: Sterling to Merino, a little town with a great artist (who works at the town's main business, a carnival rides manufacturer.  He was commissioned to fill their main street gap created by the demolition of a building: 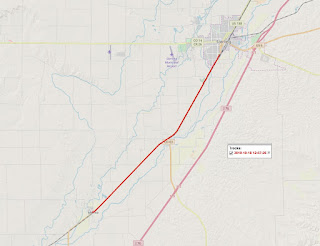 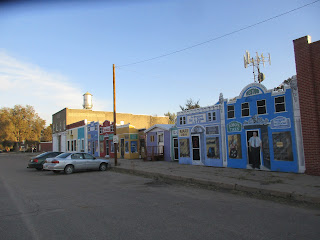 Featured on the individual panels are wonderful likenesses of people who once lived in the missing building. 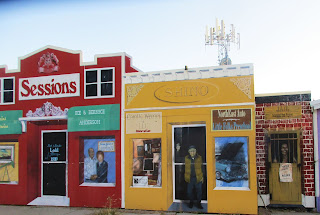 On the western outskirts of Sterling, I stopped in at a small business called Ag Teck Repair, Inc. (shown in the background of the photo below) because they carried a line of tractor equipment with an orange color scheme.  The brand name is Kioti, pronounced 'Coyote' and they have the picture of a coyote as part of their logo.  It's a Korean based manufacturer, but the Kioti equipment is built in North Carolina.  Anyhow, I'm a collector of blaze-orange hats, and often these outlets carry hats and even shirts as promotional materials.  Well, I was in luck.  The owner was happy to *GIVE* me one of these hats, completely free! 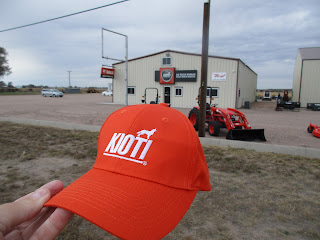 I now own my own 'Coyote Hat'.  The significance would be obscure to anyone who hasn't read my 'Eden's Womb' novels.  Coyote Hat is the name of a key character in a critical battle between a distant future version of  'Cowboys and Indians.' It happens in the third novel, the "Copper Curse".  The corrupt 'cowboys' had subjugated the 'indians' and defiled their sacred shrines.  This battle was to restore their independence and dignity.  Yes, the good guys win.

How did the character get his distinctive name?  As a kid of age four he found a white man's felt hat, stolen, chewed, and then rejected and left in the desert by a young coyote.  The boy found it, put it on, and refused to give it up.  You'll have to read the novel for more detail.

And I hope you'll also check in here for the next update, as I come closer to finishing my Colorado trek.  Once I've finished, one of the next items on my agenda is to do a full revision and update of the seven-book Eden's Womb novel series.