I've been following the Lincoln Highway westward from western Iowa.  As with the last report, I'm covering nine hikes in chronological order, east to west.  The landscape was getting drier and drier as I came beside the Sand Hills.  My Elevation rose to above 3000 feet.  Not so much visible evidence of the old highway here, but every town has its homage.

Coming into Lexington I came past this motel sign straight out of the '50's.  A little worse for the wear, but the motel is still in business. 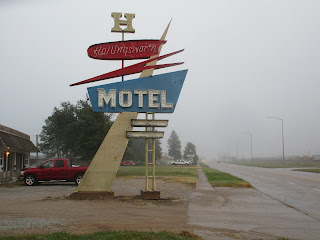 Colorado or Bust Day 95:  Lexington to Cozad:  I arrived at the 100th Meridian, which the historic marker nearby told me is the rough dividing line between the arid west, and the humid plains. 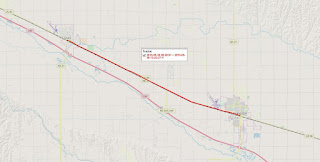 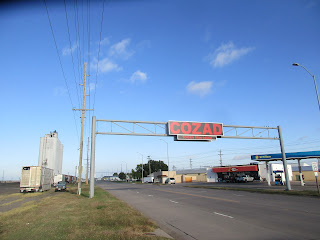 Can't resist presenting another open sky shot over a freshly harvested field.  It's that time of year. 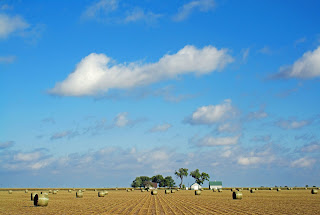 Colorado or Bust, Day 96:  Cozad to Gothenburg:  Gothenburg honors the Lincoln Highway with this little postage-stamp park right at the center of town. 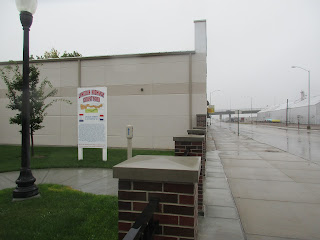 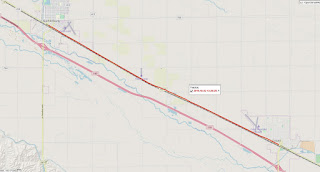 Colorado or Bust Day 97:  Gothenburg to Brady, including a brisk, frosty morning, first frost of the season, before crossing the Gothenburg Canal: 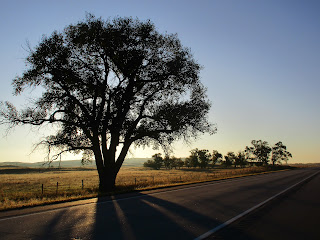 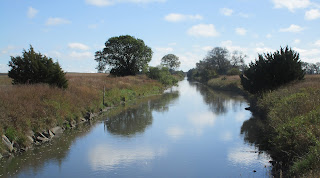 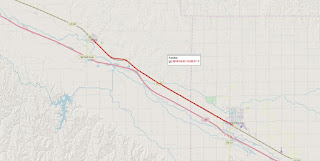 Colorado or Bust, Day 98:  Brady to Maxwell.  Out to the west of Brady the Nebraska Historical Society posted a marker discussing Fort McPherson, even though it's site was several miles away, on the route of the Oregon Trail, south of the river.  The Lincoln Highway and the Mormon Trail kept to the north of the river. 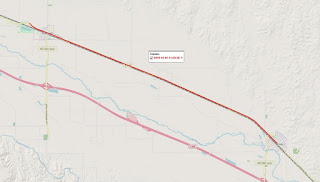 Colorado or Bust, Day 99:  Maxwell to North Platte.  At North Platte the Platte river splits into the North and South branches.  The Lincoln Hwy crosses the North Platte River east of town. 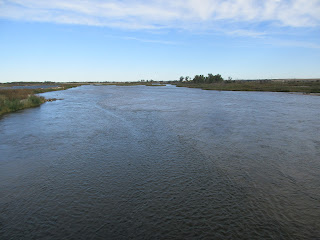 North Platte is also the dividing of major railroad routes, and so the town features one of the largest Rail yards in the world, the Bailey Yards.  Here is an 'art shot' taken where US 30 crosses the tracks on the east side of town. 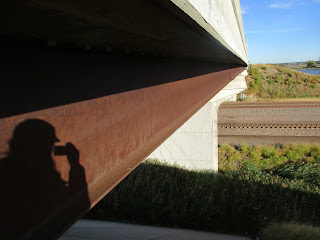 My focus was more on the sky, and on some strange little things, like this caterpillar imitating a seed head of common timothy grass. 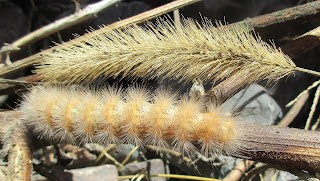 And an imitation road kill.  Possums are among the more common road kill victims across this country; but never before have I encountered a toy possum, either safely in someone's possession or, as here, a lost stray that became the victim of a hit-and-run driver. 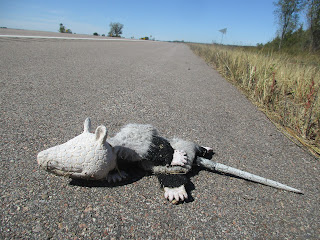 Colorado or Bust - the 100th day of this year's sojourn, which began in central Wisconsin in early June, found me hiking from North Platte west to Hershey under that brooding sky shown as the headline photo.

Fun stuff coming out of the west side of North Platte.  Somebody with some serious artistic talent, with a good welder and plenty of scrap metal, and with time on their hands, has constructed a first-rate rendition of one of my favorite dinosaurs--the Triceratops. 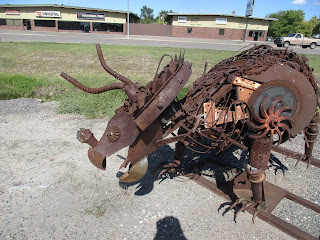 At the Nebraska Dept. of Transportation regional office in North Platte, they've collected and preserved two of the old 1928 Lincoln Highway concrete markers, a couple blocks from the actual highway.  Here's one of them, with Cody Park in the background: 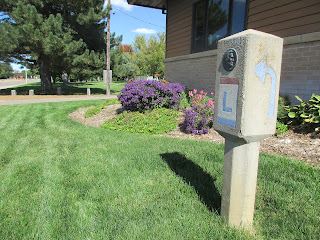 Colorado or Bust Day 101:  Hershey to Sutherland.  The 1200 people of Sutherland have a history office next to the town office where they've planted a reproduction of the Lincoln Highway concrete marker, and they have a couple of other displays with murals: 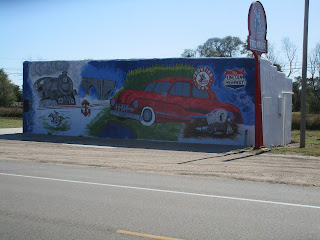 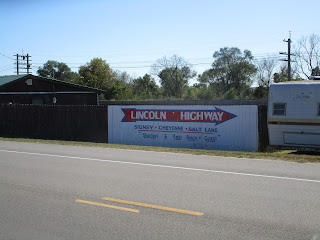 Colorado or Bust, Day 102 completes this report, already unwieldy in length.  I hiked from Sutherland to Paxton where I got confirmation that I had climbed above 3000 feet.  It's also the first town I came through that is in the Mountain Time zone. 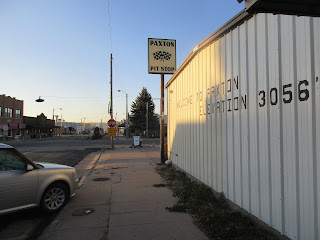 The Colorado State line is not far away now.  But my destination, Fort Collins, will still be 150 miles away.  I guess I'll have to change my hiking mantra to Fort Collins or Bust.  But somehow that doesn't have the same ring to it.