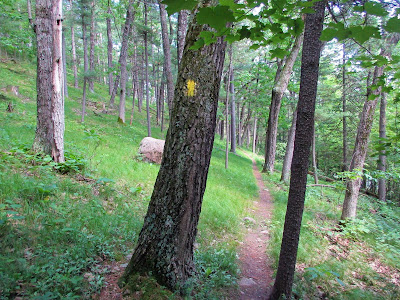 Colorado or Bust, Days 2 and 3

My Day One hiking had been all on roads, and it wasn't until near the end of Day 2 that I bridged the 28.5 miles of official road walk to get to some real trail.  And pretty trail it was, with surprisingly rugged rolling terrain (see the headline photo above) and pristine lakes and ponds.  Shown here is Severson Lake: 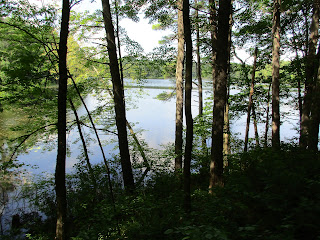 With all the spring rains up here, water levels were super high.  This footbridge actually sank slightly into the water as I crossed it, and both approaches required a leap. 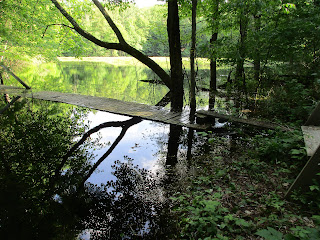 Road walks aren't all that bad, even on busy highways.  I chose picturesque parking spots to stage the various legs of the road walk in pretty places like Peterson County Park just south of Galloway.  It sits on cute little Tree Lake 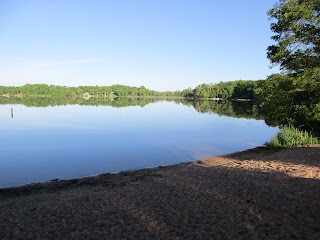 Another parking area was at the Wisconsin Lions Camp, which has an extensive network of trails that are open to guests who register (It's an active kids camp).

I passed a huge field covered in deep shade cloth and couldn't identify the plants being grown, 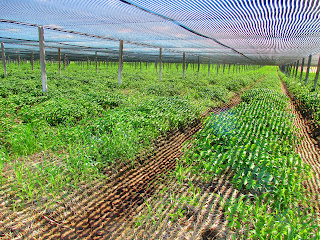 But there was a group of friendly workers coming out of their shady fields for their 10AM break as I passed.  They waved and offered me an ice cold coke.  Not one of them spoke a word of English, but with my broken Spanish I was able to learn that the crop was Ginseng.  Turns out that Marathon County grows 90 percent of the Ginseng produced in the USA.  American Ginseng is native to the Appalachians but in the wild it's over-harvested and getting rare.  It's a medicinal herb used in traditional medicine by Native Americans.

And you never know what you'll spot along the road.  As I said in my first report, the Monarch Butterflies are here in force. 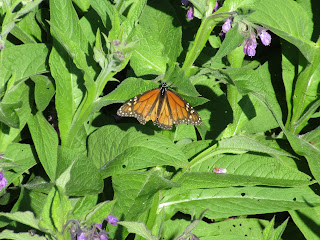 For my Fifty Trail route I got creative and diverged from the Ice Age Trail Alliance map set's 'official' 13.1 mile road walk down to the next completed segment at Shunk and Foster Lakes.  The suggested route meandered on country roads, but I chose a route that arced east to the cute, clean little towns of Iola and Scandinavia so I could hike a half mile of real foot trail at Jorgens Park Preserve. 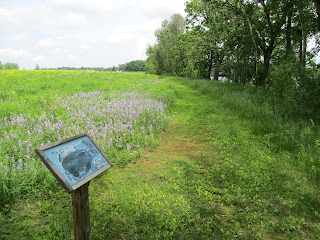 The lake glimpsed to the right above is typical of the small lakes in this area.  Here's Jorgen Park's pier. 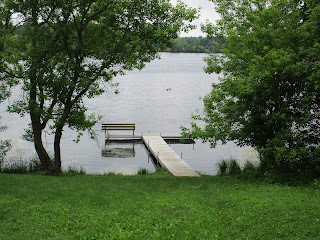 Iola is also on a lake.  Here is the view from Veteran's Memorial Park, also affording a bit of lake-side off-road hiking from the Post Office, through Memorial Park, and down past historic Iola Mills. 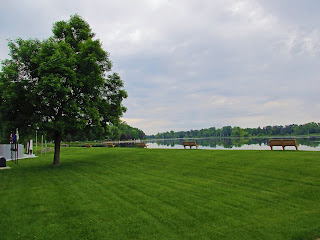 The area was settled mostly by Norwegians and was a major logging area, so log 'totems' of Vikings are a popular motif: 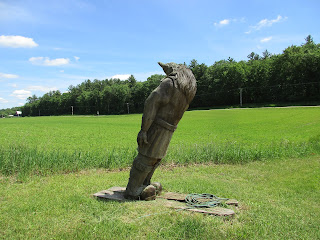 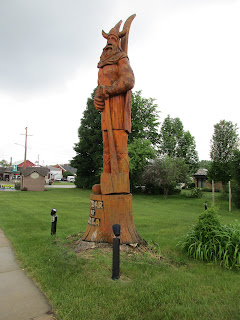 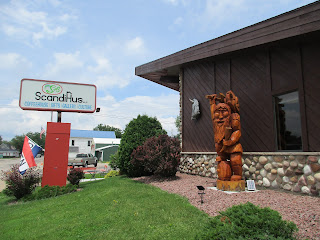 My chosen route also allowed me to hike a mile of the Tomorrow River State Trail, a rail trail with good crushed limestone surface. 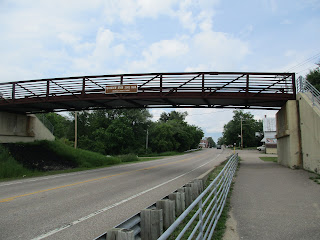 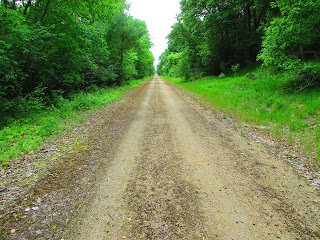 All in all, my chosen route beats the pants off the 'official' suggested route.  It pays to do the research.  Here are the GPS tracks for "C.O.B." Days 2 and 3: 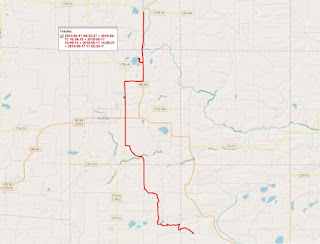 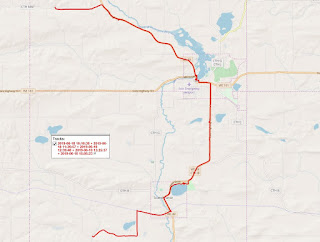 Next comes more abundant trail straddling the border between Portage and Waupaca Counties.  Can't wait to get back into the woods.
Posted by PJ Wetzel at 4:07 AM