A Fantasy/Sci-Fi/Adventure tale for your enjoyment.  Read it for free with no ads on the page and no strings attached but one: Please respect the copyright and do not reproduce it in any form.  Book I, 'Return of Naja' is now available as an E-book for Kindle: Follow this link to purchase. 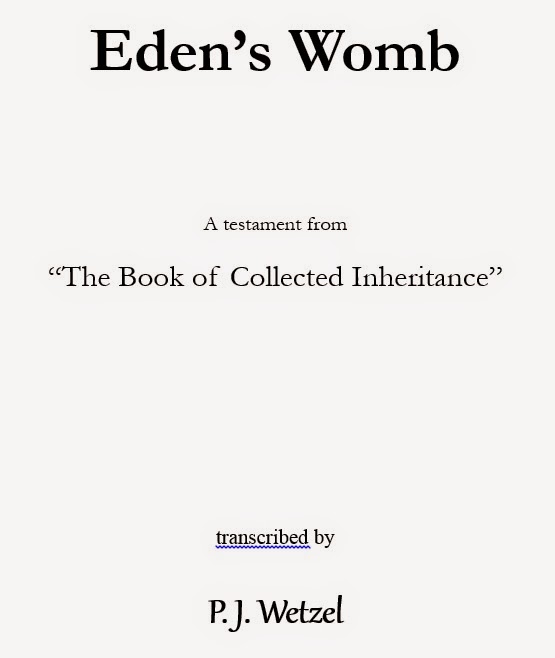 Let this be peace: When foes increase o’er Armageddon’s wolds,
When hostile hordes transgress our borders, threatening our holds—

Comes ‘End-of-Days’, and hence we raise Sev’n Shepherds to our aid,
And, too, we send Eight Princely Men to wield the swift-drawn blade.
—Micah 5:5, the Nevi’im,
Codices of the Nine Foundation Faiths, First Canon


That final hour when Heaven flowers and Six have come to fold
A lowly child from ice-bound wild the Sev’nth in hand shall hold:
Daughter of greenth—O seventeenth firstborn sustained in line—
Pray name thy King, that we may bring his pow’r to bear in time.
—Song of the Hallowed One,
Epistle of DunCanon

BOOK ONE:  RETURN OF NAJA 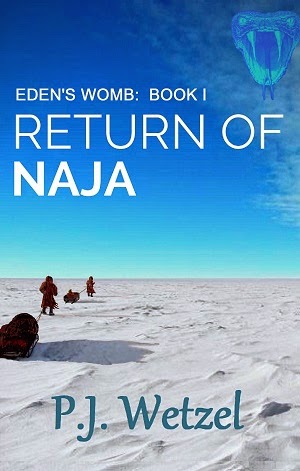 Men knew me not.  Those fools forgot the Eye that opened first—
The Voice that spoke when Time awoke and Heaven’s water burst.

‘Midst raging void, ere dark destroyed, ‘twas I who stooped to nod,
Gave form to place o’er waters’ face … and made their precious God.
When worlds were new my garden grew in perfect timeless bliss.
Its fruits of life wrought man and wife.  On her I laid my kiss.
To praise the good of Motherhood I taught her of the fruit;
But Good revealed leaves Sin unsealed, hence jealous thoughts took root.
God loved the man.  He hatched a plan to seize my universe:
So males could claim the pow’r and fame, he smote me with a curse.
Thus in men’s eyes my mortal guise now takes a serpent’s form,
Which sets the stage, this final age, for one most righteous Storm.

—StrongMother Naja, demiurge,
“The Flame of Creation”,
‘Essential Elements’ from the ‘Core Narrative’

Book I Supplement: The Cantor's Elegy 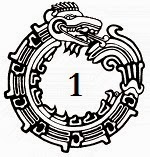 THE GOADING
“O Chosen One, ye callow son, awake!” the prophet cries,
“From ice-bound womb, ere crack of doom, our Savior-King must rise.”
--The Sibyl of Sinner's Thew﻿

The tunnel veered to the right, sloping up through blue ice.  Adam BrownEarth gulped the bitter air as his sledge scraped around the narrow bend.  Up, up he chugged, thighs burning, vision dimming from lack of oxygen.  The Ancestor Voices were hawking some Sibyl-song, doing their damnedest to distract him—voices nobody else could hear.  Awake?  Chosen One?  Prattle.  He had no time for it.  He had a race to win.

The sharpened points of his three brown toenails clawed the slick floor as he strained against the hip-harness linking him to five hundred pounds of ice chips.  He was nearing the top.  He could see the orange glow of sunset ahead—a snatch of open sky.  Good.  He could turn off his headlamp, save a little energy.

“I got you, Sam.” Adam turned to taunt at his lifelong friend.  “Fourth time in a row, you pathetic hothouse flower.”

Sam’s huffing and wheezing sounded too close.  He was rounding the curve already, hauling another sled, identically loaded with tailings from the day’s tunneling.

The weights of their two sleds were supposed to match, and with his longer legs and greater experience Adam could usually out-pace the erstwhile Citadel gardener, only lately enlisted by the Keeper into scavenging work.  But as he glanced behind, he saw that Sam was closing the gap.

Lissa had started them three counts apart down in the gallery—the vaulted gathering place at soil level where several narrow Scavengers’ tunnels converged.  It was a game they played every time tailings needed hauling up top.  If Sam managed to close the gap and grab the back of Adam’s sled before they reached the open sky, he could claim victory.  Unthinkable. Adam dug deep.  He would erase the pain from his mind in the same way that he dismissed the damn Voices when Lissa wasn’t there to help.  Force of will.  His legs pounded up the slope.

Adam tried to think of a glib retort, but he felt spent, dizzy.  Why?  True, he hadn’t eaten since breakfast.  His tunneling had produced nothing all day—not an ice-entombed mouse, not a single head of the ancient wheat, not even a scrawny three-hundred-Return-old flash-frozen grasshopper.  But there was more to this moment of mental fog—the Spirit Voices would not quit clanging in his skull.  They were driving him crazy.

“Oh, please,” he mumbled under his breath. “If you haven’t noticed, I’m not sleeping.”

“Oh, real clever, Ads,” Sam puffed.  He was dangerously close.  “Is that the best comeback you got?”

Oops.  They really were driving him crazy.

“That and another win,” Adam hurried to repair the faux-pas “… that’s what counts, big talker.”  And he still thought he could win.  He was so close to the surface now that he felt the wind curling down, tugging at his beaded, shoulder-length hair.  He could see the scintillations of sunset-light in the stream of passing crystals.  In a moment he would emerge to witness the old red orb plunging into a sea of shifting ground-blizzards.  The sky was alight with blood-fire, roaring in the Arctic gale.  But louder in his ears was Sam’s sudden cry.

He felt a yank on his harness as Sam snagged the sled.  The Greenhouseman had caught the back brace of a runner.  Defeat.

Adam had his head turned in that moment, leering back toward Sam, so he didn’t notice the massive form looming over the opening of the airway—not until its shadow drew across him. Then he wheeled around, instant fear prickling every nerve.

A rush of air thick with animal scent filled the tunnel.  An enormous orange-haired hand seized Adam about the torso with speed that defied vision.  Spears of pain encircled his rib cage.  His cry of alarm merged with the huge hominid’s roar—a deep bellow that shook the foundations of the glacier.

There was a flash of light as the setting sun wheeled past Adam’s eyes.  And then he saw that mouth, wide open, big enough to disembowel him in a single bite—purple lips dripping rancid drool, canine teeth as sharp as spears.  He saw the dull brown saucer-eyes full of avarice and gluttony, deep set in a leather-skinned bulbous head.  And streaming from that head he saw its thirty-foot-long mane of straight, coarse, straw-yellow hair waving like a banner in the wind.

And then he heard choirs, an anthem in his mind, a herald of trumpets.

You cretins.  The reaction hit him involuntarily.