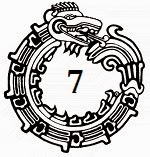 p, down, up, Adam slashed at the soft crease in the Ozyump’s wrist, his teeth gritting, his face grim.  The monster reacted before he could land the fourth stroke.  With a roar it threw Adam down onto a snowdrift and swung its right hand around to stanch the blood flow.

Adam was covered with the sticky, steaming fluid and breathless from the crushing of his lungs.  But he did not notice.  He leapt to his feet and flew back to the entrance of the airway where he fell into Sam’s arms.  Together they huddled in the safety of the hole and watched as the creature lifted its head skyward and trumpeted.  It was at once a wail of agony and a cry for help, and so severe was the noise that Adam had to cover his ears.

“There are more Ozyumps,” Adam guessed, shouting in Sam’s ear. “He’s calling them … oh-ow!”  He finally noticed the pain in his ribcage, and began gingerly testing his bones.

“Anything broken?”  Sam looked to his friend, those deep brown almond eyes reflecting the honest compassion that set him apart from all others in the Citadel.

“Plenty of bruises, for sure …” Adam reported, but his attention came back to the animal.

The Ozyump took several steps away from the hole as it emptied its lungs.  The ear-splitting cry now faded and passed away northward on the twilight wind.  Blood kept flowing despite the lock of right hand over left wrist; and now the being seemed to be swooning.  It staggered, turning again toward Adam with teeth bared, eyes raging with hatred, lost its balance and collapsed, wailing yet again.  The pressure of the right hand relented.  Blood flowed in spurts, but soon the fountains failed.  Spasms gripped the creature, and then it fell still.

“Well …” Sam looked confused, “… from the children’s tales … Bard the Bowman … the old thrush landing on his shoulder and telling him …”

“Sam, that is a tale about a dragon.  A fairy tale.  There are no dragons.”

“Ahhh.  You’ve been with me too long, my friend.”  Despite the pain in his thorax, Adam found himself laughing.  “You’re hearing the damn Voices.  Soon you’ll be as looney as I am.  Come on.  Time to risk giving that thing a poke.”

Adam stood, now rather sure that no ribs were broken, and unfastened his harness.  He was still clutching Sam’s knife, and as he reached to return it a stunning realization struck him.

“Sam … Sam!  Here is enough meat to feed all of Saskatoone for an Ide.”

“… or enough to make your Grandma Alie the new Marchioness.”

“Oh ho.  You schemer.  You really are the Perfid one, Sam LordBishop.”

A few speculative prods with their three-clawed feet assured Adam and Sam that the thing was well and truly dead.  Adam dug out his own stone knife, and together they worked the hide of the abdomen until they had it splayed.  The liver was their objective—most prized of the organ meat, rich in vitamins and nutrients.  The belly was lined with soft blubber, and that, too, was a precious gift.  As they worked through the offal, careful not to spill spleen or bile, the young men filled their mouths with greasy tissue.  Its taste was strange but compelling.  Yet Adam had to stop after a few swallows—it was far too rich.

“More like three Ides,” he speculated as he stood up from the heavily steaming incision.  “Let’s take some of this fat down to Lissa, and get Pa and Abe up here to help with the butchering.”

They found Siephus and Uncle Abednigo in the gallery, seated side-by-side on a sled, recovering from a hard day’s work and chewing on grass canes and twigs, extracting the traces of sugar from the pith.  Lissa was sprawled on a mat on the ground, among her furs, humming to herself and rocking, lost in a game with her Matryoshka Dolls.  She was the first to react when Adam and Sam appeared.

“Thushhh!”  She cried, holding forth the opened top of one of the nesting dolls with her good arm.  The other was withered and twisted into a useless crook, and as spindly as her paralyzed legs.  Tucked behind her left ear, between a tangle of tawny hair and her frayed brown chullo, was a new green sprig of spruce, probably from the grove Uncle Abe was excavating.  Father had been scouring a pasture, uncovering cattle dung and hoping against hope to come upon a flash frozen bison or cow.  “Thushhh … Air-bella …”

“What is she saying, Adam?” Abe asked.  “She’s been muttering those gibberish words ever since I got in from my tunnel.” Adam’s uncle did not look up from his meager meal of sticks, continued gnawing and spitting out the rinds.  Adam and Sam’s return was expected, and the sterile blue ice tunnel that they had traveresed couldn’t produce any scavenging surprises.  Adam could see from the slim cache of new gleanings atop their haul sleds that the day had been unproductive, and they would eat nothing else this day.  Adam understood the bone-weariness that was on their faces.  The Returns were weighing on these two sons of Ostrodon.  Abe forever fought the paralysis that polio had given him as a child.  His left leg was as useless as Lissa’s.  His good leg was growing more arthritic with each long trek through the tunnels.  Father, sadly, was losing his sight, and he was still in denial, unwilling to come to grips with this change.  Both elders were longing for the coming holiday.  Just one more day of work and they would make the trek back to hearth and home.

Adam’s news would change their day, bring light and joy to their weary eyes.  Lissa knew something of the truth, and she had been trying, in her pitiful clumsy way, to tell them.

“Thrush.”  Adam said, moving directly to his twin sister, kneeling and surrounding her with a generous hug.  “Here, darling.  Taste.”  He held a piece of steaming blubber up to her mouth and she bit and began to chew, slobbering and drooling.  The gratefulness in her bright hazel eyes was all the thanks he needed.  Adam stood and turned to Abe and Father while Sam remained quiet near the entryway to the tunnel, allowing his friend all the pleasure of sharing their news.  “Meat, sires.  Have a taste.”  Abe reached for the offered morsel and Adam placed another in Siephus’s hand.

“Thrush?  This is no bird meat,” Abednigo declared.  “The sacred birds venture here only during the height of the Thaw.  What is this riddle, Adam?”

“He’s killed something, all right.” Siephus commented, biting.  “It’s still warm.  But it’s no bird—unless pigs fly.  This is lard.”  The look of incredulity on Siephus’s face was unforgetable.  He screwed his failing eyes into a tight squint and studied the thing in his hand like a trader suspicious of being duped.

“Lissa’s dolls have been talking to her,” Adam answered, savoring the suspense.  “The Gods showed her what we killed.  Now Sam and I need to show you, and if you will, we need your help with the butchering.  Here.”  He went to Father’s haul sled and tipped it, spilling his new harvest of frozen dung.  “We can use a third sled.  And all the sharpest knives.  There’s more meat up there than clan BrownEarth can eat in a lifetime.”