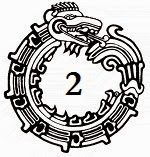 
Beneath the ice like moles or mice the tunnel-makers toil
To probe, to chip from glacier’s grip the fruits of once warm soil.

wenty miles to the south the blood-sky had turned bruise-purple and then faded to a gray of hurrying ghosts.  A fierce gale ripped at the cowl of Trilly’s scavenged wool cloak as she wielded her favorite stone axe on the best of the cordwood.  She hated the wind.  Though she was nearly thirty-five it still brought out childish fears—menacing whispers, demons creeping out of dark holes. Tonight, more than most, the wind-roar seemed an omen.  She sensed something prowling in the shadows—eyes watching and moving unseen.  Just twenty feet away, inside the wattle-and-daub hut of clan BrownEarth, Grandma Alie would be spinning a tale or singing the little ones to sleep, but she couldn’t hear it.  She was sure that if she had need to shout for help, the wind would smother the call, and lift it away, unheard except by the passing ghosts.

No, Trilly did not wish to be out here splitting logs.  But the hearth was down to a few coals and their simple round thatch-roofed shelter was a drafty place when the wind blew.  The clan would need more fuel to last the night.  So here she was among the wood-drying racks with her axe and her granite wedges and her pine-knot maul, hard at work, alone with the watching wind.

The men of clan BrownEarth, Scavengers by trade, spent their days freeing trees from beneath the glacier.  The nearest unharvested stands were some forty thousand-pace away down a network ancestral tunnels.  There they would trim logs to sled-length, and once each fortnight they made the trek home with their sleds piled high with gleanings: sappy greenwood of every size from great logs to sticks and twigs still holding their summer leaves and needles.  Scavengers also shaved the grasses from grazing fields, sometimes found wheat or barley tilled by ancient sinners.  They brought back animal carcasses if they were lucky, their dung if otherwise.   And they gleaned medicinal herbs and roots as well as household tools and wares from settlements abandoned at the time of Cleansing Storm two hundred eighty-eight Returns ago.  But wood was the Scavenger’s staple, and the tedious tasks of turning greenwood rails into seasoned furnace wood for the Citadel, and into hearthwood for the rabble—the drying, cutting, and splitting—that was women’s work.

With a grunt, Trilly hefted her heavy polished-granite axe and plunged it into the butt of a log.  Splinters flew, and the thick object yielded into two halves.  She split each of these again and let them fall to the rock-hard ground.  Reaching for a new log half her weight, she strained to lift it into the cradle of the splitting block.  She was rail-thin herself, but what flesh the Hunger had left her was all muscle and sinew.  Strong she was not, but like everyone in Saskatoone, Trilly Thaw-BrownEarth was possessed of an indomitable will to persevere, born of nearly Three Hundred Returns of defying the endless snows as the glacier grew around them.

The ice wall now loomed over the clan’s hold like a living force—two hundred feet high—impassive yet ever watching, ever alert.  You could almost feel its presence.  Was there a noise echoing off its face?  Shuffling feet?  Trilly’s heart pounded.  She lifted her cowl and searched the darkness, saw nothing but the swirl of wind-blown snow.  The twilight must be playing tricks with her mind.  She felt a chill in her blood as she returned to her task.  Her habitual grunt dissipated before it reached her ears as the axe came crashing down on the heavy new log.  It did not yield.  She felt the wooden haft recoil and crack, sending a jolt through her mittened hands and up her right arm.

Curses.  Should have used the wedges.  This log was too big to split with a single axe-blow.  The wind was distracting her—she wasn’t thinking clearly.  Too late now.  She activated the bioluminescent patch of skin on her high forehead, studied the broken tool in its light, and scowled.  The neck and helve were split down the middle and the head had come loose.  Well, it needed sharpening anyhow.  Sharpen it first thing in the morning, then after breaking fast she and Jo would fit a new handle.  They’d make a lesson of it for the children.

Her headlamp faded and the fingers of the night closed around her again as she tossed the broken implement toward where the grinding wheel lay buried under a snow drift.  That reminded her: the unruly wind was making yet more work for tomorrow—the yard would need to be cleared of the new accumulation, drifted down from up top where the endless flat expanse of snow stretched to the horizon in every direction.  Not long ago, in the fading light, she had noted Evvie TreatSoil struggling up the haul ramp with a sled overloaded with snow from her yard.

Women’s work.  It did not end.  Trilly grumbled as she hurried to gather up the wood already split.  Thank the Spirits for the Day of Gifts—their one holy day in seventeen, just two days away.  The men would return.  How she missed the warm bear-arms of her man-choice Siephus; and the holiday would give her a chance to have a heart-to-heart talk with Adam about Evvie.

My dear Adam.  He’s a man now too, with a future that my dreams fear to fathom.  But men were prone to acts of weakness—it was one the core lessons of humanity’s Long Sojourn.  None of Adam’s potential would fulfill without foundation from a woman of worth.  While at home for the sacred rest day her son must not rest.  She would encourage him to attend the first duty of a man come of age—to solicit listing on troth-rolls of some strong women.

She began rehearsing what she must say—her words safely muffled by the raging wind:  “Adam, that Evvie is a temptress, and you’re wise enough to know it.  Think of clan BrownEarth, not merely of a young man’s urges.  Think of the future the Gods may hold for you if you … if you ever choose a spirit-guided path.  But even if you do not, dear Adam, you will not want to dishonor the family when … when … your father’s sight …”

She paused, suddenly near tears. Would she dare broach this in front of Siephus?  His blindness was coming on so quickly that they hadn’t yet found time to discuss the inevitable.  Poor Siephus—still such a robust and proud man.  But lately he was stumbling over things …

She drew a resolute breath.  Yes, duty to the clan.  “… when your father can no longer work the tunnels,” that’s how she would put it, “Grandma will ask you to step up.  Even if you seek no higher calling, our clan will need you on strong foundation, Adam.  Pray on my words.  Go out and get yourself on troth-rolls.  Seek out girls who will support you through all the trials that may lie ahead, not just under warm blankets in the flush of your youth.  Go to Jenna FieldHand for one—a wisp of a girl, I know, and as quiet as Evvie is brash.  But stable as a rock.  Her clan is known for their probity—one of the few untouched by my mother’s …”

That wanton woman.  Trilly shuddered, casting aside the unwanted thoughts.  Hers was a name no one in Saskatoone now spoke.  And Evelyn’s grandfather Acob had been among the first to … one of the worst.  No.  Evvie must be stopped.  Jenna comes of age an Ide sooner.  Convince her to choose Adam and all Trilly’s worries would end.  She could start anticipating … grandchildren.

Grandchildren.  Where has the time gone?  Adam and Lissa, her special little gifts from Heaven, her firstborn twins, already past their Resolution—seventeen Returns-of-Green.  Yet Heaven never gives without taking.  Lissa was born a hopeless palsied cripple and poor Adam was so often distracted by his gift-curse—the rampant Spirit-Voices in his head—that he failed to interpret even the simplest unspoken cues from ordinary folk—Evvie’s lurid scheming, Jenna’s secretive, longing glances …

Trilly’s thoughts swirled with the ceaseless wind.  She did not see the moving shadow until it hovered over her, did not sense the outstretched arm until it clamped around her waist.  A second arm brought a hand over her mouth.  She tried to twist free and uttered a muffled scream.  The wood in her arms clattered to the ground.  Both sounds flew skyward and dissipated in the angry gale.