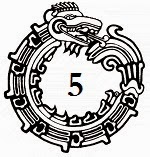 
The face of all the world recalled is changed since then, I think:
Steps of thy soul, beside me stole ‘twixt me and dreadful brink.

velyn struggled with the ropes.  It did no good.  The more she tried to work them loose, the more they chafed her wrists, ankles, and her waist.  The mysterious stranger had caught her by surprise, bound her to her own sled, still loaded with the snow she had cleared from in front of house TreatSoil and hauled up top.  The man demanded to know where Trilly Thaw lived, and when she told him, he stomped off down the haul ramp, leaving her helpless.

Who was this man? And how did he know Trilly’s name?  Saskatoone had not had a visitor in living memory as far as Evvie knew.  According to the travelling Nuncios who used to occasionally visit in ages past, the nearest surviving human settlement was Banf, four hundred miles west in a dry valley among foothills of the Bjalkr.  The endless snows that continued after the Cleansing Storm had driven everyone in the Prairies west to the dry valleys, south through the Slash of Elén, or east to make the torturous crossing of the Bog of Agassiz.  Only Saskatoone persisted, thanks to the Greenhouses that Luke taught them to build using fossil glass from the ancient bowlhead middens.  Every town had its sin.  Saskatoone’s had always been gardening—disturbing nature’s balance by placing seeds according to willful human design.  When the snows came they had added the far greater sin of working with the old taboo materials, the artificial conjurings of that most willful of species—the extinct Homo sapiens.

A snorting huff made Evvie start.  One of the six huge antlered beasts that towed the stranger’s sleds was bobbing its head and thumping at the snow with its large splayed front hooves.  It was the one the man had called Arabella.  Something was disturbing it.

The last of the bruised evening light had faded from the western horizon, and the screaming wind masked all but the loudest sounds.  But now Evvie saw what had excited the animal.  Its master appeared at the top of the haul ramp.  There were two headlamps.  He carried another person with him, writhing and struggling in his arms.  Soon Evvie could hear her cries, carrying toward her on the wind.  It was Ms. Trilly.

The man was large and muscular—much more well-fed than anyone in Saskatoone—so he had little trouble controlling his captive, just as he had had little trouble overpowering Evvie after feigning friendliness as he had first approached her.  What was he going to do with them?

Trilly was twisting and battering him, even trying to bite.  Soon they were close enough that Evvie could hear them.

Trilly was screaming something like “Let me go, you brute.”  And the stranger was responding with an air of bemused arrogance.

“Behold, your coach, my queen.  Let us make you a proper throne atop the softest of the moss, and I shall escort you to the Alabaster Stair astride my faithful Arabella.”

Most of the man’s five sleds were piled high with brown grass and gray lichen—apparently feed for the beasts that towed them.  A dead, partially butchered animal of the same kind was draped over one such pile, making it clear that these were not merely beasts of burden, but also the man’s food supply—enough for many Ides of travel.

“Who are you, stranger?” Evvie shouted, “What are you going to do with us?”

It was only then that Trilly noticed her, momentarily stopping her struggling even as the stranger reached for a coil of rope and began to lash her to the top of a sled.  Was he a Nomad capturing slave women—for a harem?  Or to eat?  Saskatoone’s hearthside tales told of starving Nomad tribes that pillaged the land in the Returns after the Cleansing Storm.  They ate their captives.

“With you,” the man nodded toward Evvie.  Beneath his heavy cowl, which appeared to be made of red-dyed wool, he had a long thin black beard of straight hair, ruddy wind-burned cheeks that weren’t at all hollow like everyone’s in Saskatoone, and an unusual slant to the dark eyes. “I’m going to set you free, child—a reward for directing me truly.  And as for who I am, ask the lady on the throne.”

Trilly was growling, and struggling again as the man secured her tightly in place.

“Did he rape you, Evelyn?”  Her words were bitter, more directed at the man than at Evvie.  “That is what he will do to me, the filthy bog-scum.”

“Not in the least, my dear.”  The man’s answer was haughty, dripping with testosterone and male indiscipline. “As I told you eighteen Returns ago, a First Mother must not be spoiled until she parades before the Alabaster Stair.  What I did then was harmless, and your reaction at the time was as excessive as your anger is now.  I am rescuing you.”

“I’m still unspoiled, Nuncio.  I’ve borne five children, but by a man of honor.  Your intentions are lewd and your eyes speak it now as they did then.  I refused you then.  Now you plan to take …”

“To take you to safety, Trilly Thaw.  This is your rescue.  The Ozyumps are …”

“You call kidnapping a rescue?  You are mad.”

They were paying no attention to Evvie.  Ms. Trilly’s reputation was spotless, and impossibly important to her.  Evvie never understood it.  Trilly loathed her prostitute mother, and all that she represented even though it kept her plague-stricken clan ClayThrow from starving.  But perhaps she had a more personal scar.

“A dark secret from your past, Ms. Trilly?” Evvie couldn’t help planting the dig.  This man was going to free her and take Trilly away.  The implications were dawning on her.  The long-standing battle for Adam’s virtue was over, and Evvie would win.  “If this man visited Saskatoone eighteen Returns ago, why have you never spoken of it? … He could be Adam’s father …”

Trilly’s seething anger instantly redoubled.  “You bitch.  You conspired with him, didn’t you?”

“Enough of this. Who is Adam?”  The man had finished with Trilly.  He came to Evvie and, as promised, began to untie her.  Trilly was roaring something bitter and hostile, but Evvie was focused on the large, dark stranger working the ropes at her waist.

“Adam is her first-born son, sire,” she used her most sultry voice.  “His name is top on my troth-roll.  I come of age in just eight Ides.”

“And he came of age when?”  Evvie saw that his eyes were scheming.  There was something more important to him than his male weakness at this moment.  Trilly was bellowing some nonsense about peas in a pod.

“On the Day of Gifts, four Ides ago.”

“Indeed.  Indeed.  … You call yourself Evelyn?”

She nodded, sensing his triumph.  The man looked as though he was going to give her a reward.  Getting Trilly out of the way would be reward enough.

“Evelyn, I am Revelstoke, Chicxulub’s ordained Emissary to the wide world.  Go to this Adam of yours and tell him to follow my tracks and rescue his mother.  We head for the Slash of Elén and then on to my city.  Tell all of your people to follow me, if they can: The Ozyumps are on the march.  I spied a scout not twenty-five miles north of here.  They have caught Saskatoone’s scent on this south wind.  Your village is doomed.”