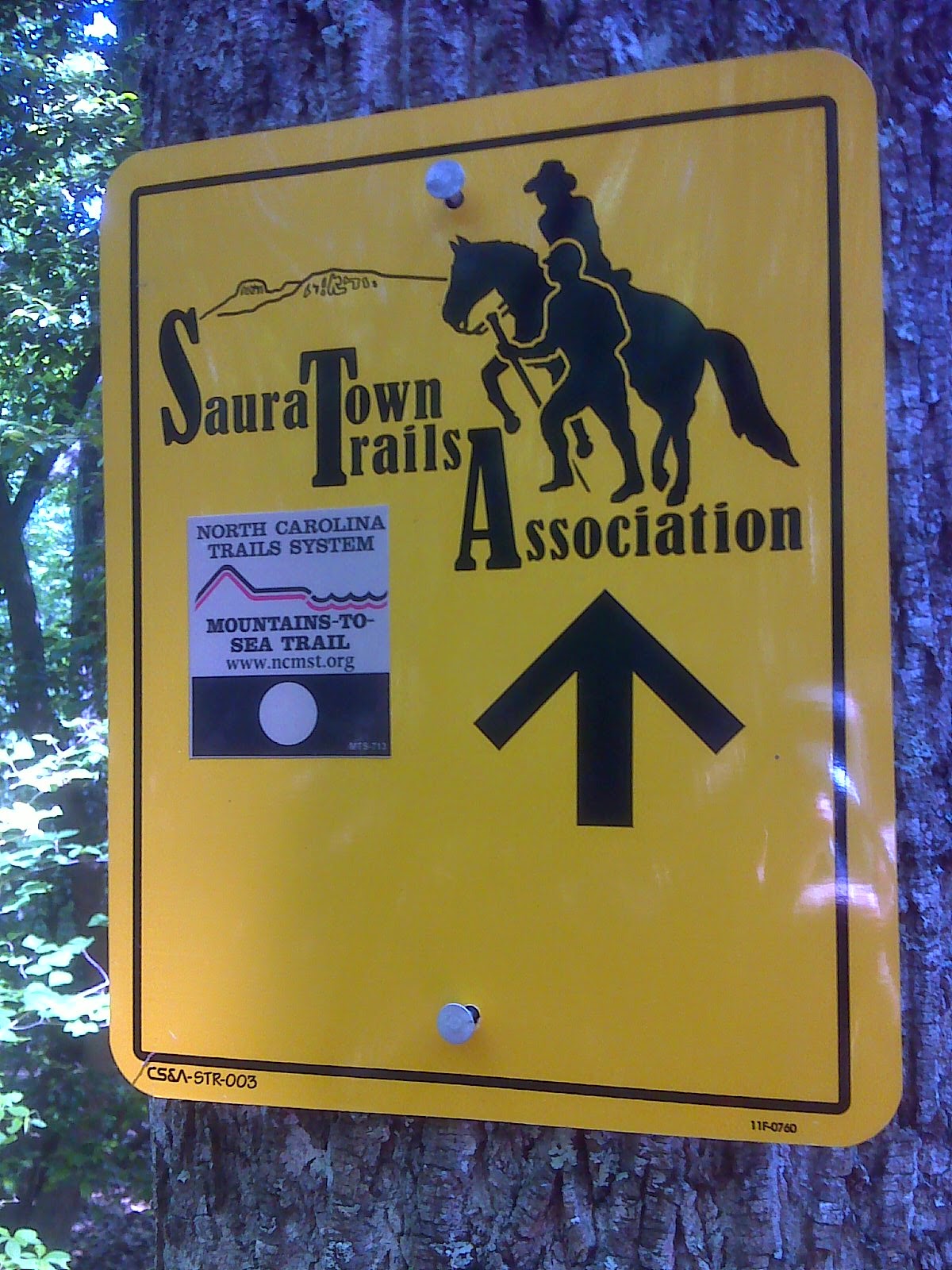 In all my hiking experience I've not run across anything quite like the system of trails that the Sauratown Trails Association has put together.  It's all on private land and they're constantly dealing with re-routes where land owners decide to withdraw their permission.  On either end of their 22 miles of trail that coincides with the Mountains-to-Sea Trail the trails appear to be seldom used.  I felt like I imagine Earl Shafer or Dorothy Lake might have felt -- early pioneering thru-hikers of the Appalachian Trail.  There's a difference, though.  Almost without exception the Sauratown Trails are well marked and signed. 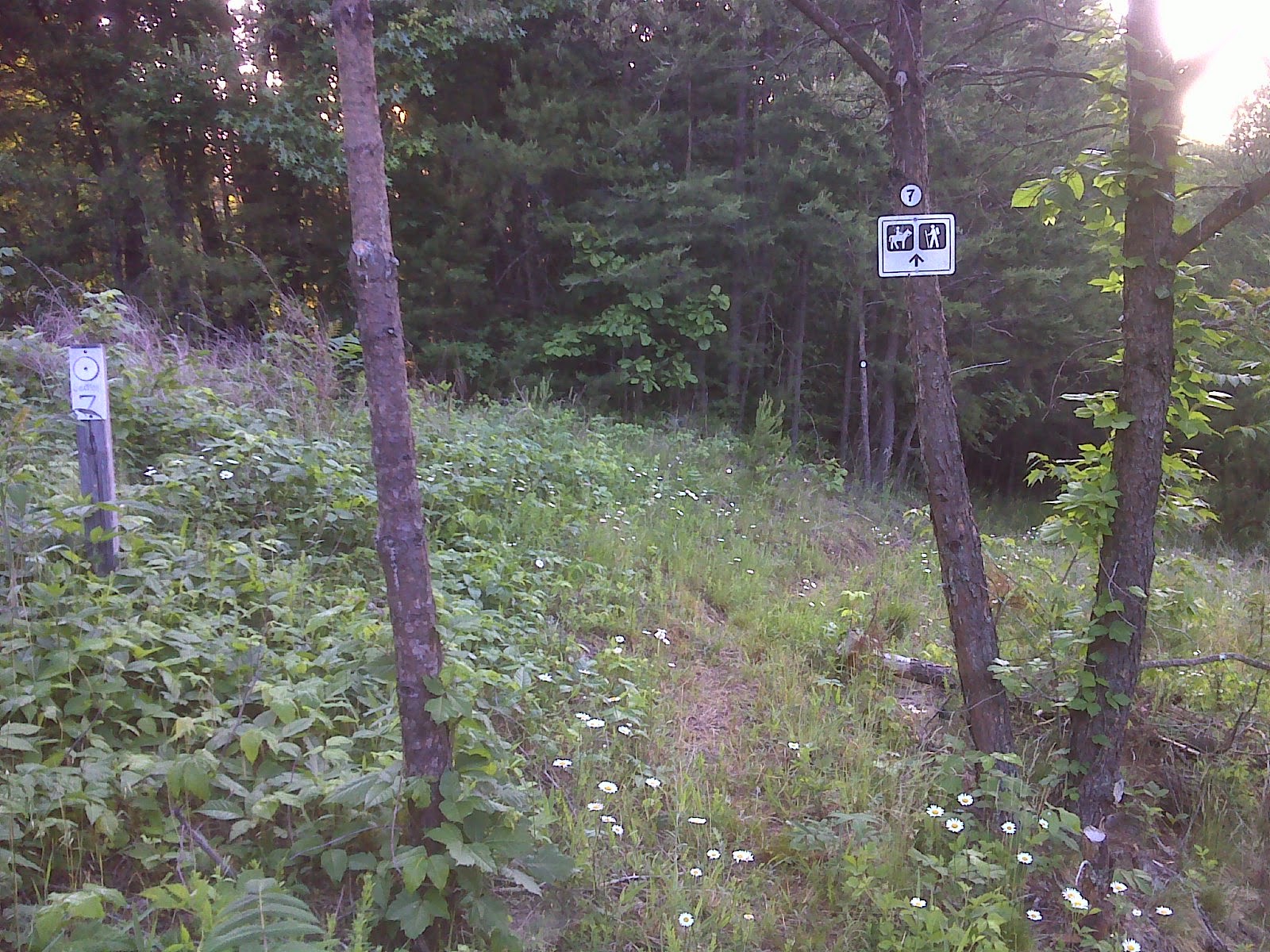 Near the west end of the trail, at the intersection of Coon Rd. with Volunteer Rd. the trail meanders through an area of horse stables, which feels like the epicenter of the system--its heartbeat, and perhaps the property of one of its strongest supporters.  Yet this property is not available for public parking.  On the other end of the trail, where two sections are closed and require temporary road walks, the parking and picnic facility they call the Sauratown Trail Center is gated, locked, overgrown and entirely abandoned.


My favorite parts of the trail were in the middle, what they call Sections 9, 10, and 11, where there are some cool views of Pilot Mountain and the less photogenic Sauratown Mountain from a private gravel drive called Mazie's Lane ... 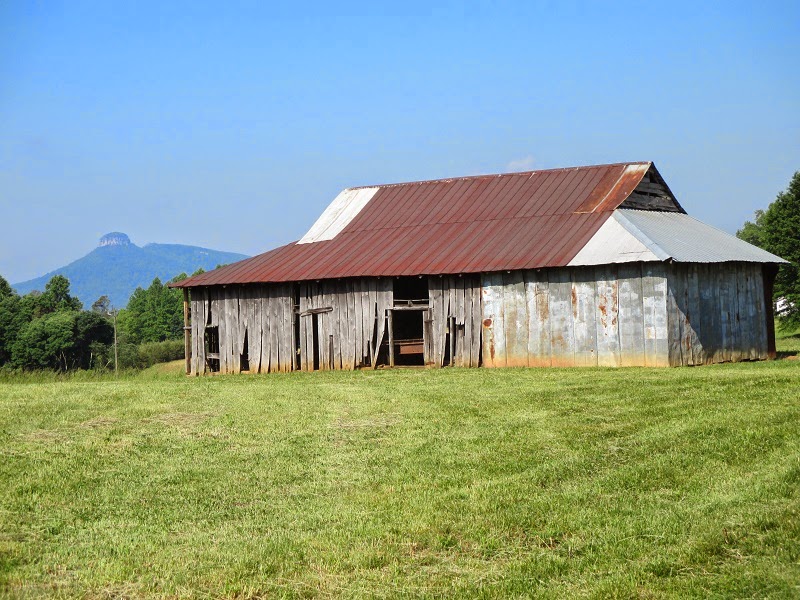 ... and where the trail climbs halfway up the side of Sauratown Mountain following a nice 'gurgly' stream through deep shady thickets of rhododendron and mountain laurel and then along the mountainside on rocky trail through open forest of chestnut oak.  This part entirely felt like the Appalachian Trail and might have well been in national forest land because it felt so completely wild and far from civilization.  It's not a photogenic place, particularly, so I have no photos.  You can't photograph a feeling (or at least I can't).  You have to be there.

There are a couple of 'get your feet wet' stream fords across shallow gravelly stream beds with no stepping stones, one where there had been an amateur suspension bridge, now washed out. 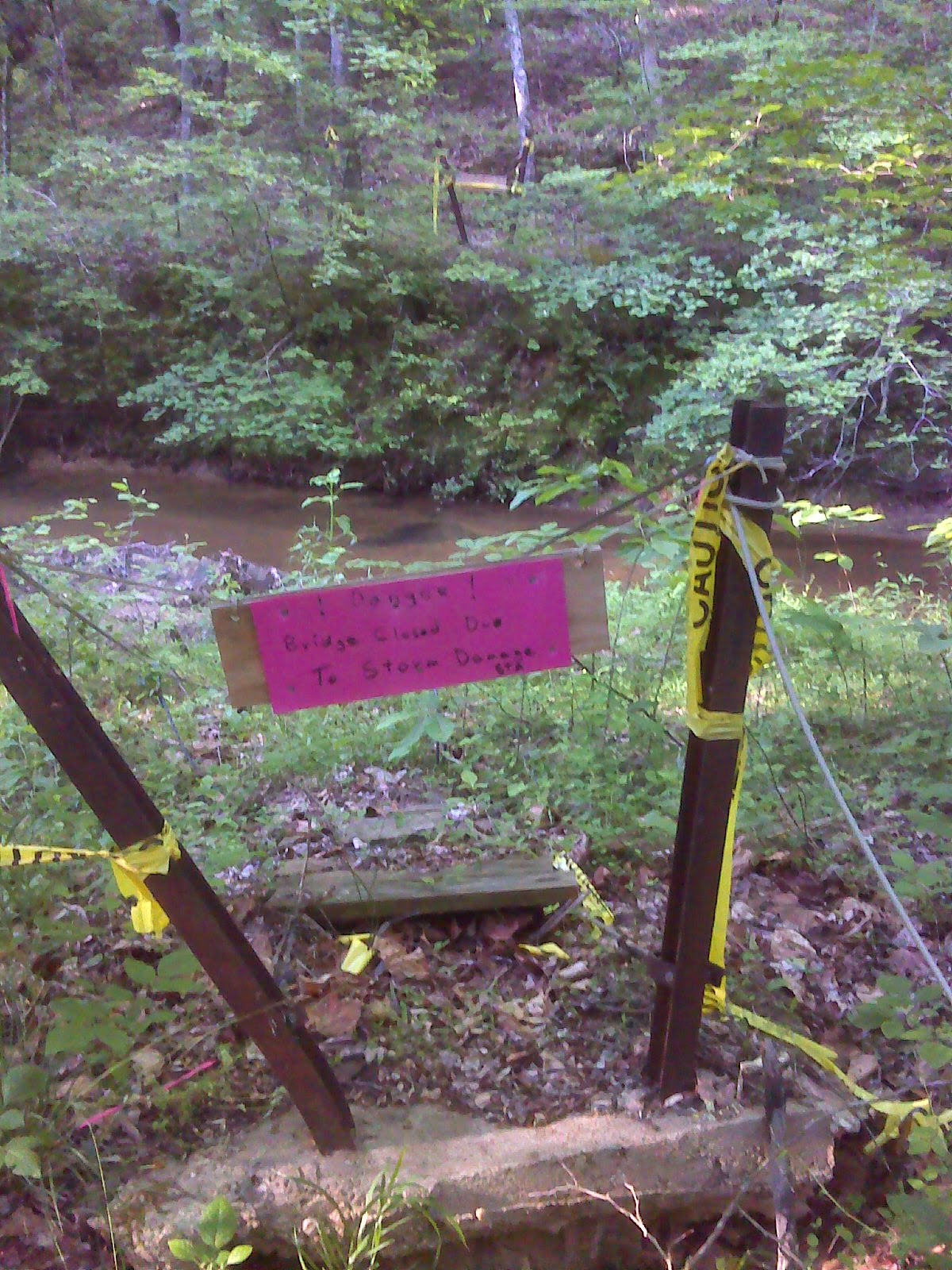 The trail passes one nice waterfall among some interesting giant boulders, and walks a couple of public gravel roads.  On Thore Road you pass the overgrown little Thore Cemetery. 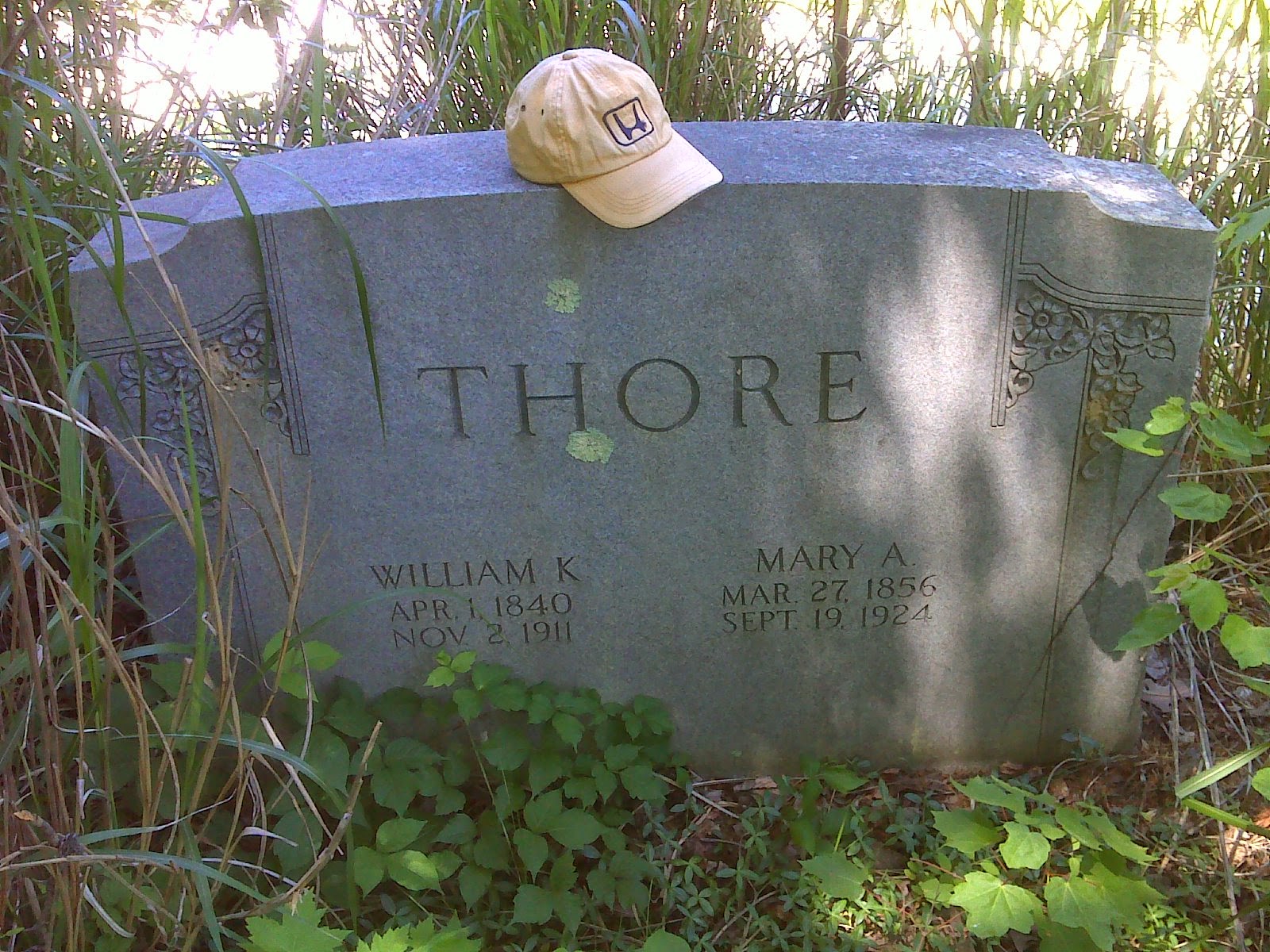 Here I took the opportunity to showcase my hat of the day.  Hat number Four was a chance find.  A Hunter's hat-once bright yellow-with a Honda logo-that I found along the Appalachian Trail in SW Virginia during my thru-hike in January, 2012.