The Adventures of Hat number Six 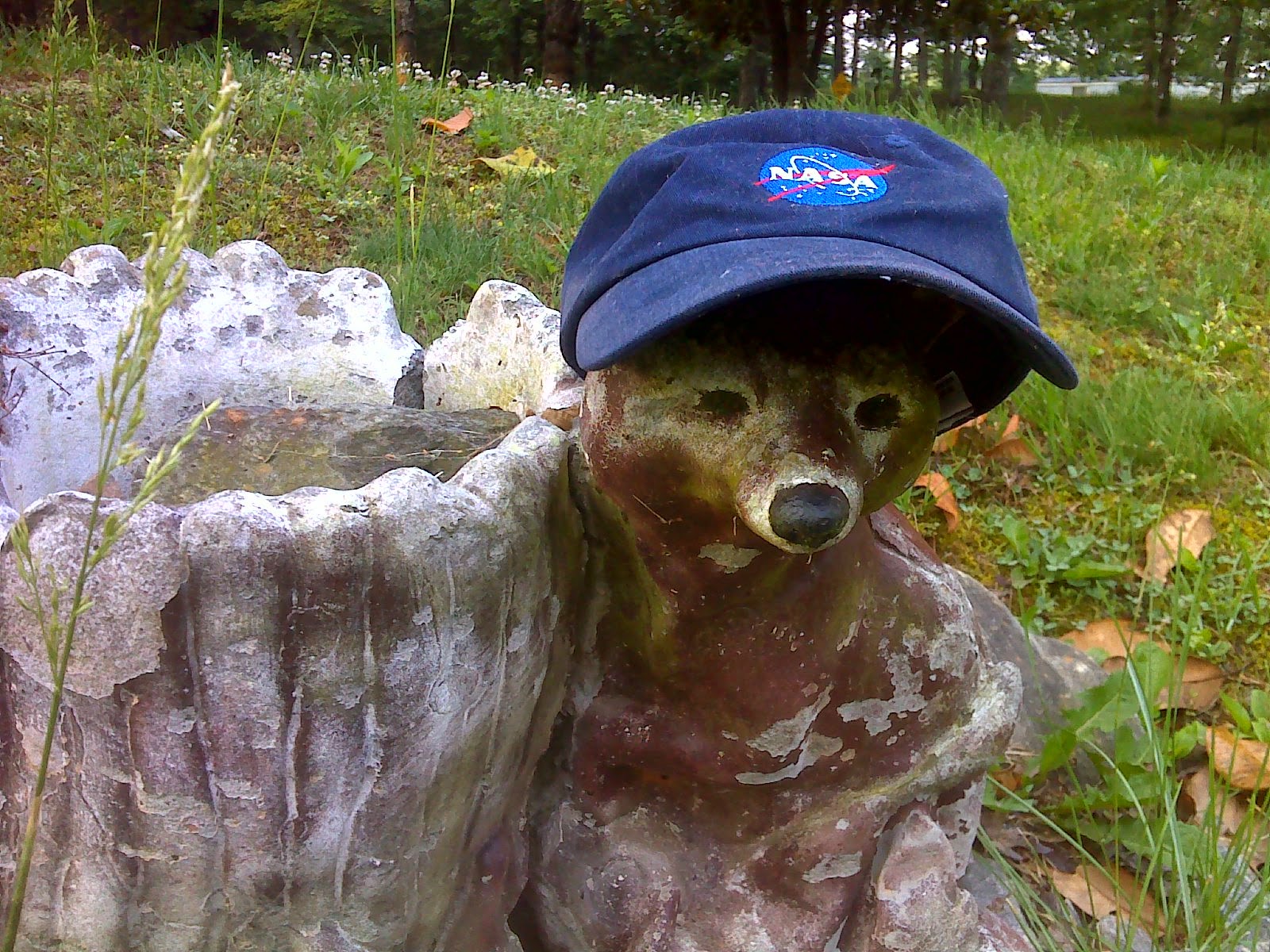 It began with this forlorn little bear with a broken-off right ear sitting in the ditch beside the road.  He was more than happy to pose with his deformity hidden by my hiking cap.  So he became my first subject for today's sixth installment of the ongoing 'hat of the day' series.

Hat number Six was a gift from my kids.  Though I worked at NASA for a quarter century, I never felt any need or desire to 'flaunt' my NASA-ness to the rest of the world.  So it wasn't until around the time of my retirement that my kids decided it would be a good idea to NASA-ize me.  So now this cap is part of my rotation of twelve hiking hats, and is the sixth that I'm featuring on this blog.

When you're walking roads (as opposed to trekking through the woods), as I was all day today, you find lots of willing subjects capable of doing justice to a good hat.  Today they ranged from an angelic cemetery guardian, through a classic cigar store Indian, to a nefarious looking local 'stuffed shirt'. 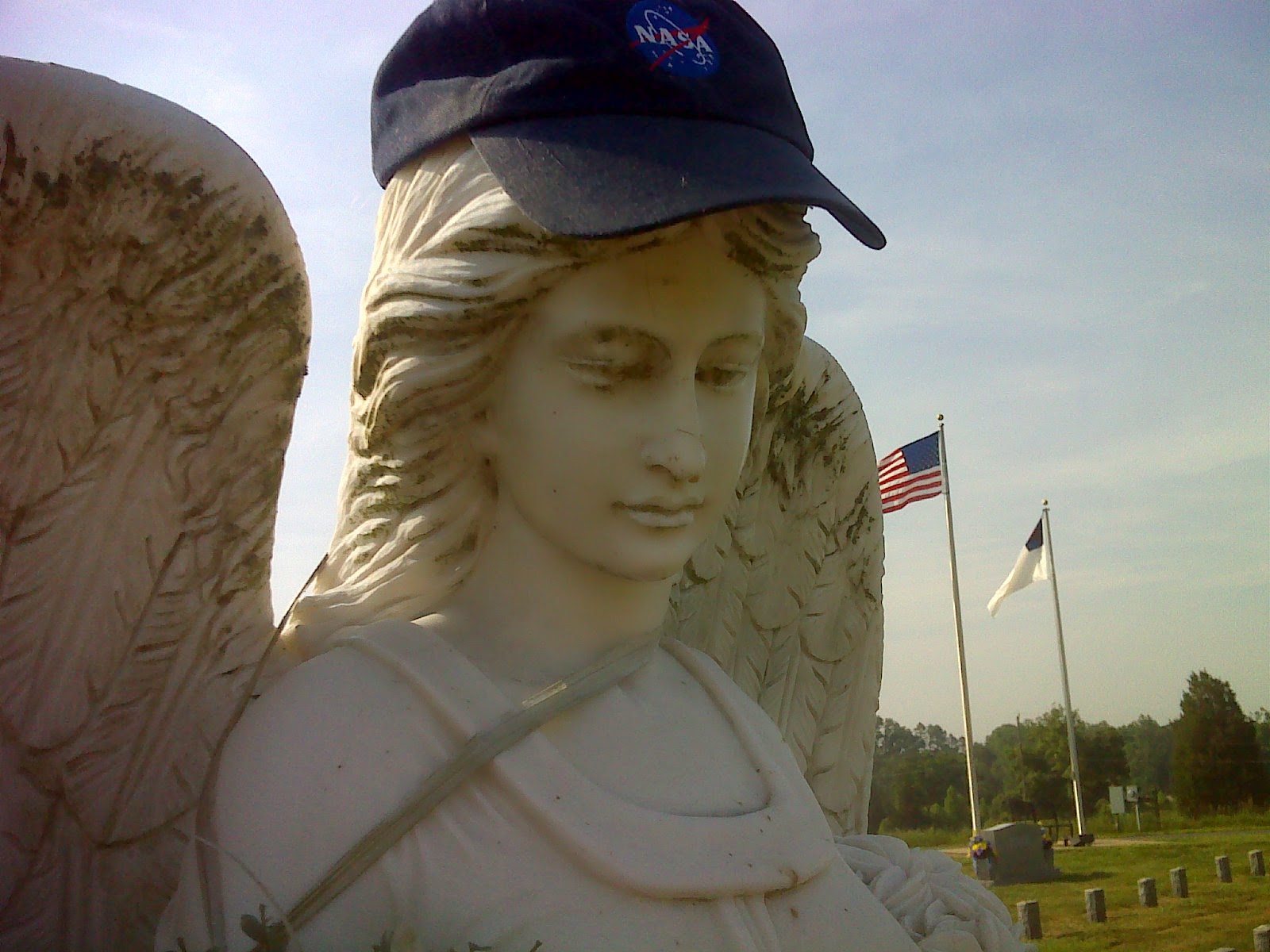 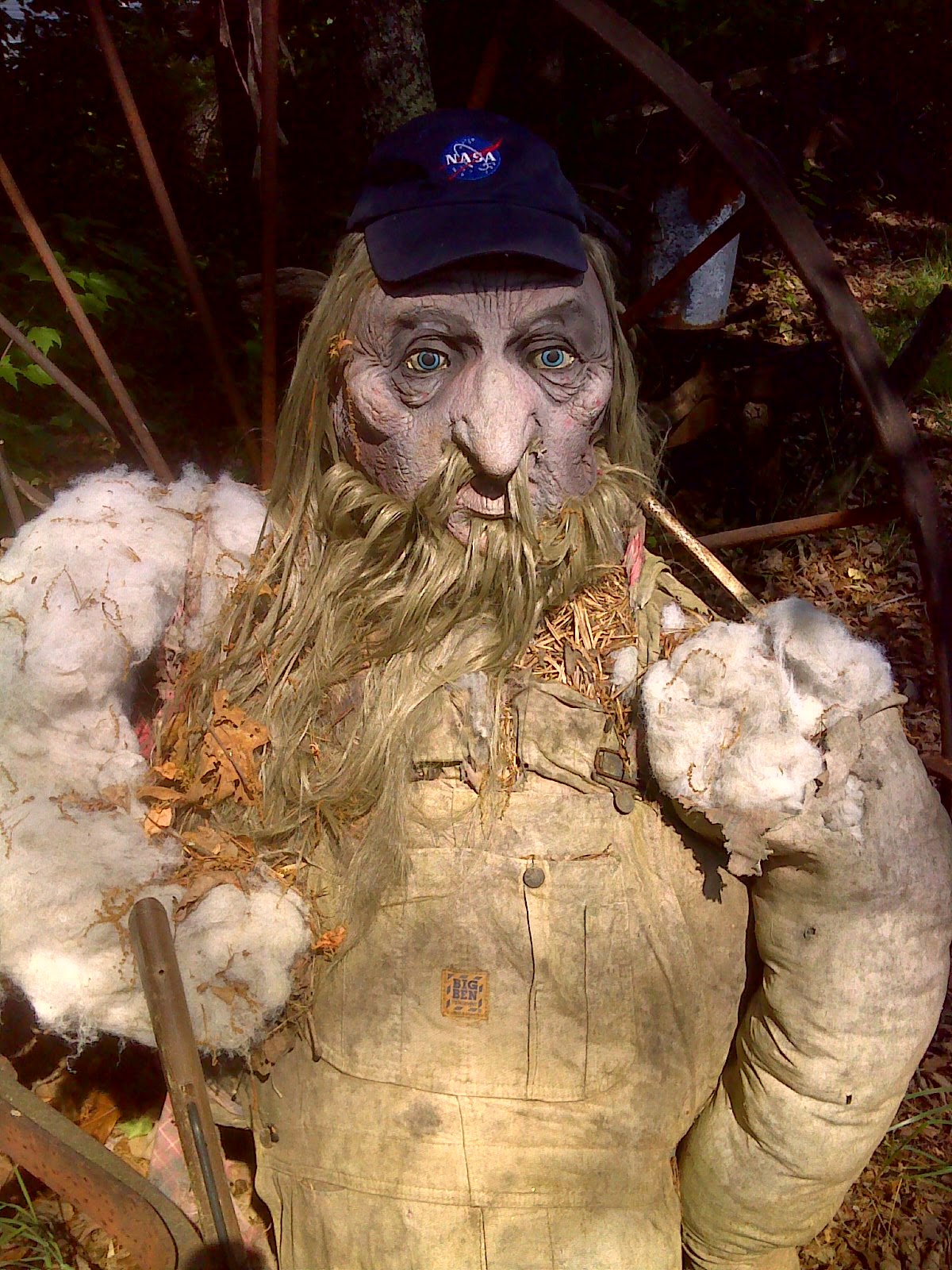 Hat number Six also provided a backdrop for my lucky find of the day and added color to the Ararat River. 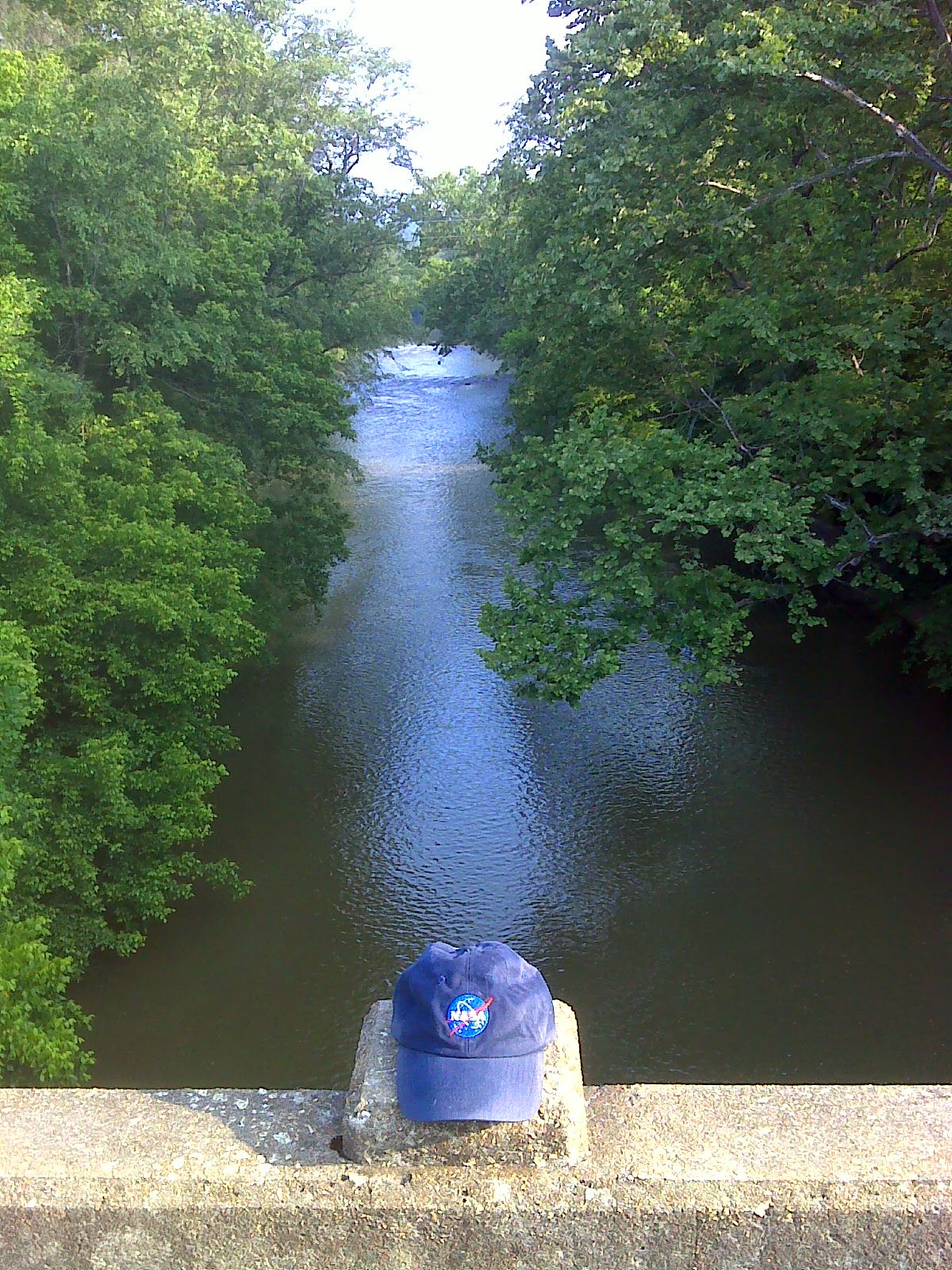 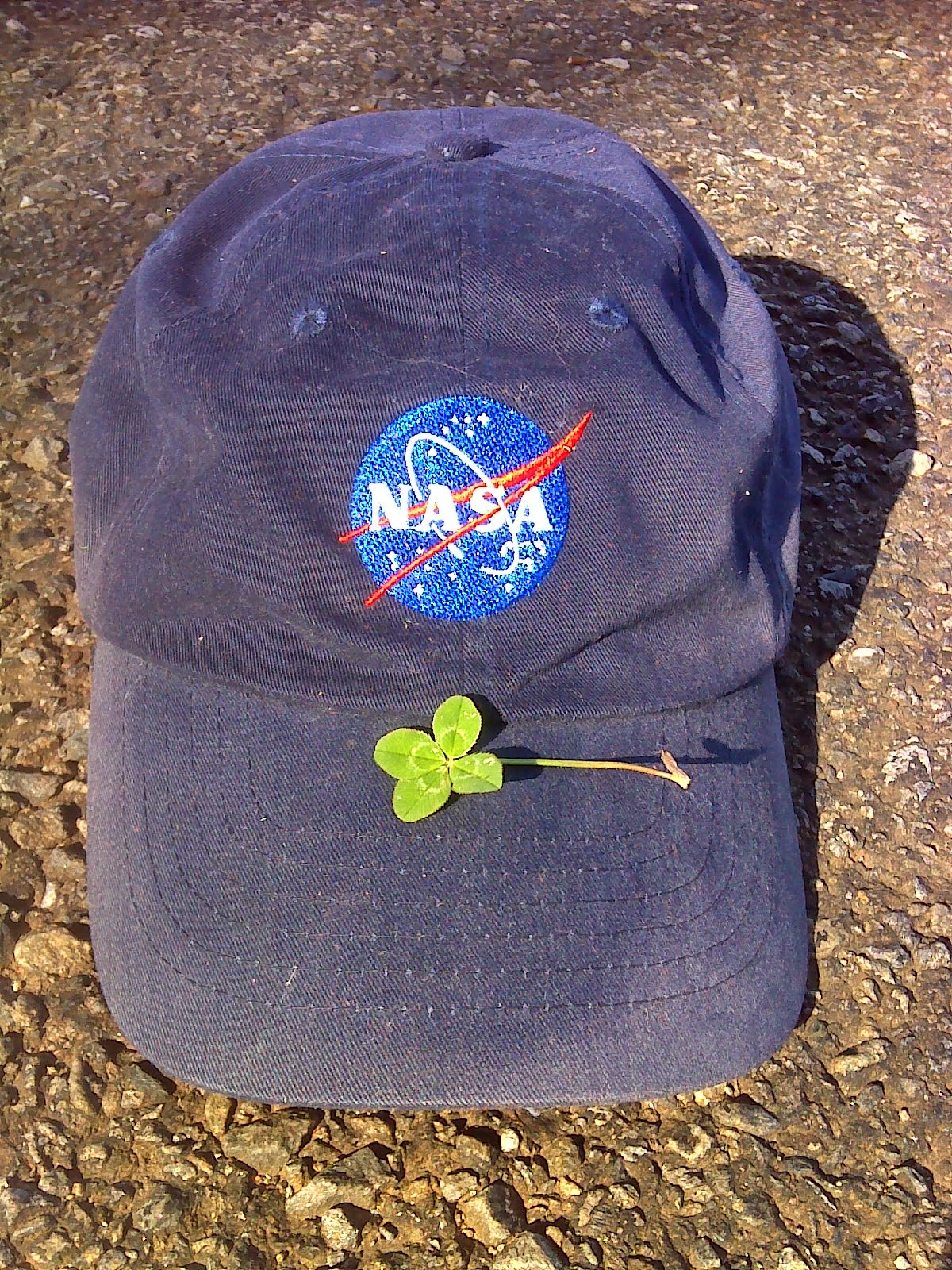 Otherwise today consisted of hot and sweaty walking on very quiet country roads.  But I wasn't able to enjoy the peaceful rural corner of southern Surry County as much as I might have.  I had a visit from a local lady sheriff who checked my ID and informed me that there had been several break-ins in the area and so 'everybody's calling in anything suspicious'.  Some people in this area do seem to have a tendency to break and enter, if this seriously disrespected gate is any indicator:


So for a few hours after that I felt unseen eyes leering at me from behind every drape and curtain.  Fortunately by the end of the day I seemed to be out of the target area and was able to fully enjoy the historic little town of Rockford, with its Civil War era tavern and the quirky general store where the Indian in the photo above resides.


And as the day waned, so did my views of Pilot Mountain.  Here's one last parting shot: 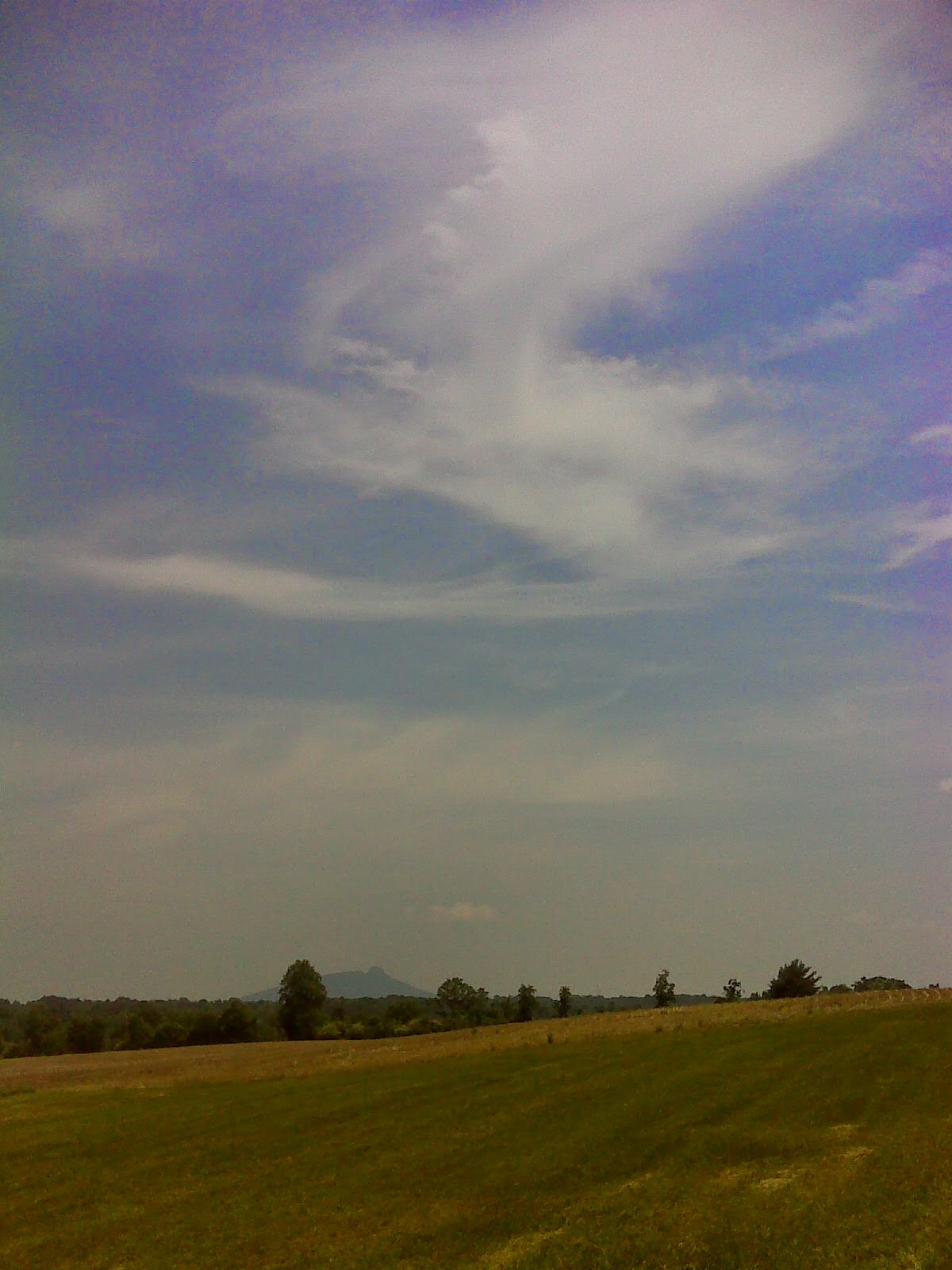 Road walking doesn't seem the best venue for viewing wildlife, but today I helped two box turtles get safely across the road, and encountered a juvenile Black Rat Snake enjoying the warm pavement as well: 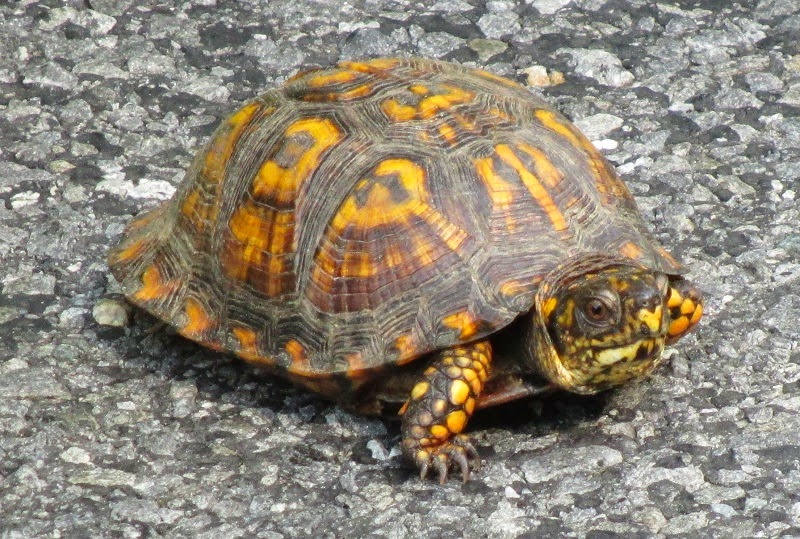 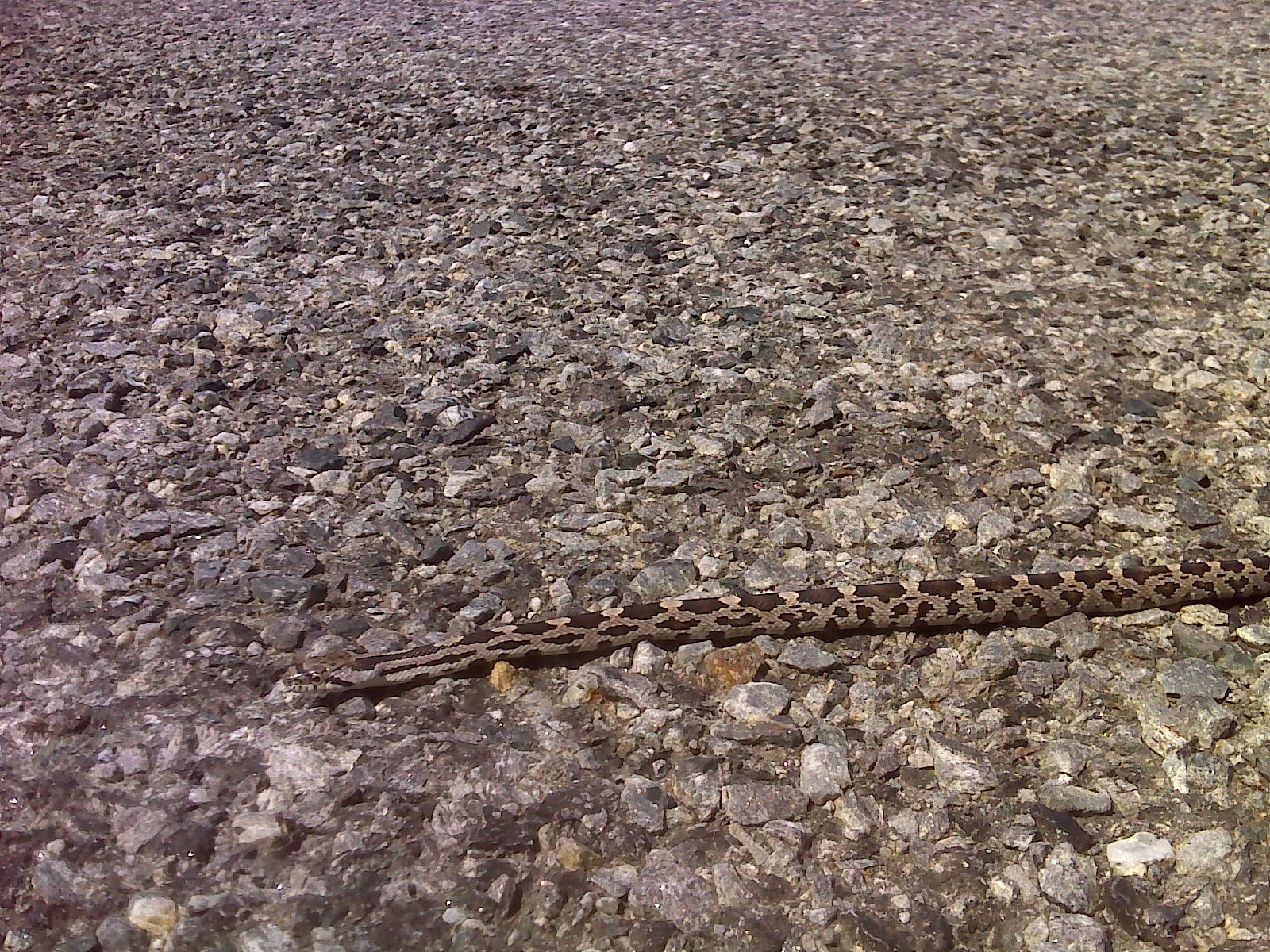 With more road walking ahead tomorrow, I just hope I don't continue to be 'profiled'.  It's no fun being considered guilty for 'hiking while male'.

Here's a map of today's hike route with a link to a slide show: