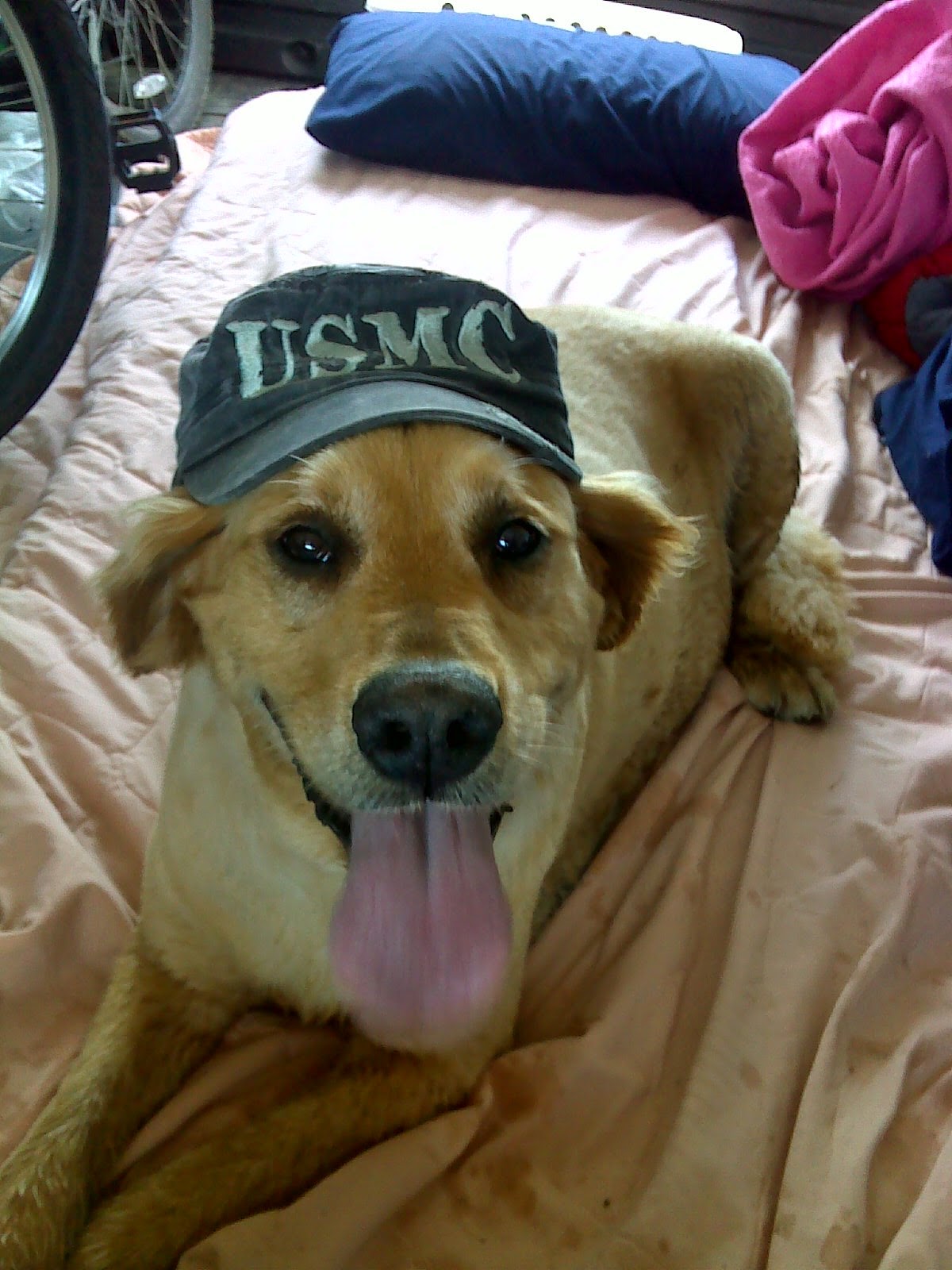 This is a dog I do not know.  This is a dog who unconditionally accepted me as her friend with a single sniff.  This is a remarkable dog and a sad dog.  She has a home, but she abandoned it in a heartbeat in order to follow me for three miles down the MST in the vicinity of Elkin, NC.  And all I did was utter a kind word and reach out my hand.

In response those expressive, soulful eyes met mine square on, and she formed an instant bond.

Exhausted, panting, so hot she plunged herself into every roadside puddle and mud-hole along the way, she followed me relentlessly though I gave her no further attention.  She would not give up, even when I crossed and hiked down busy four-lane US 21 into Elkin.  She was savvy about traffic--moving far off the road when she saw or heard approaching cars.

After those three miles we reached my van and she willingly hopped into it as soon as I opened the door and made a few encouraging gestures and sounds.  She found and settled on the mattress in the back as if she had done it a million times before.  So I shot a few photos and then drove my new friend back to her home.

Wow.  This is unconditional faith.  Semper Fidelis.  Forever faithful.  Look how willingly she posed with my 'hat of the day'  Hat number eight.  (We'll cover hat number seven in a bit.)  I have to believe that my new trail friend will remember her sojourn with me for the rest of her days.  I know I will.

What's uncanny about this is that she was not the first, not even the second, but the third dog to bond with me and follow me for multiple miles down the road today.  And before the dogs it was the cattle.  These guys followed me along the fence line for a quarter mile, mooing and lowing and hustling along as if I was their messiah. 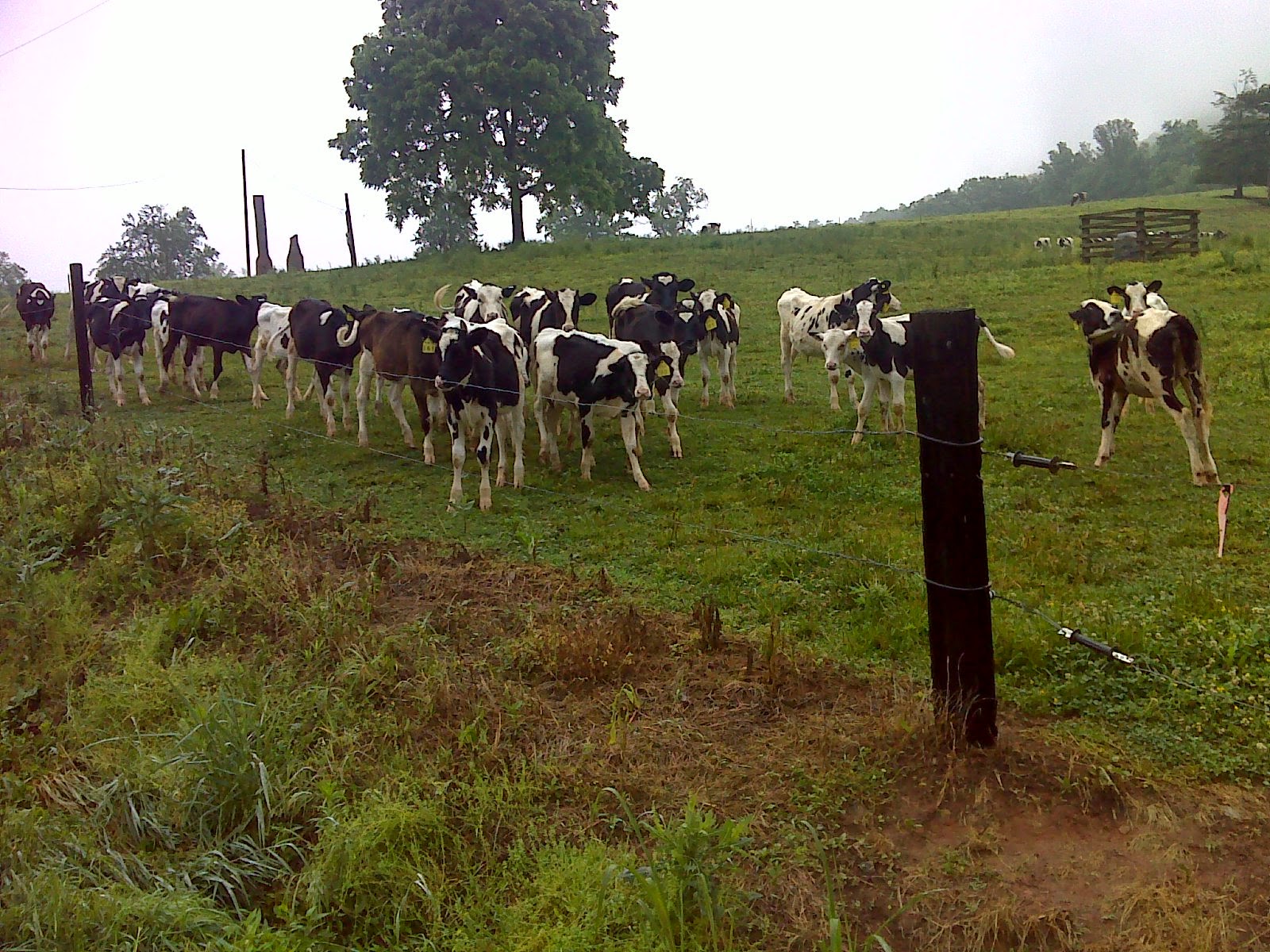 What's up with me?  Was it the hat?  Humans see me with this hat and also form an instant bond.  "Semper Fi."  I've heard it from strangers over and over every time I wear this hat.

The hat was a roadside find, on Shaw Highway near Holly Shelter Game Land while I was scouting a defunct old route of the Mountains-to-Sea Trail about 15 months ago.  The adjustable strap was broken, so I repaired it.

I live near Camp Lejeune - a massive Marine Corps Base.  Marines are a big contingent of the population.  I'm sure it was one of them who originally owned this special hat.  I, on the other hand, never served in the military.  So in some sense I feel like an imposter when I wear it.  But I rescued this hat from permanent oblivion so that it can proudly display its message again.  I settle with this: it's not about me, it's about the Corps.  By wearing this hat I am thanking them for their service and dedication.

Now, about the hike venue and setting.  This report covers two days of hiking, nearly 20 miles each.  The first hike took me to Elkin, where I hiked their urban off-road trail and was taken through their bustling, energetic, historic downtown. 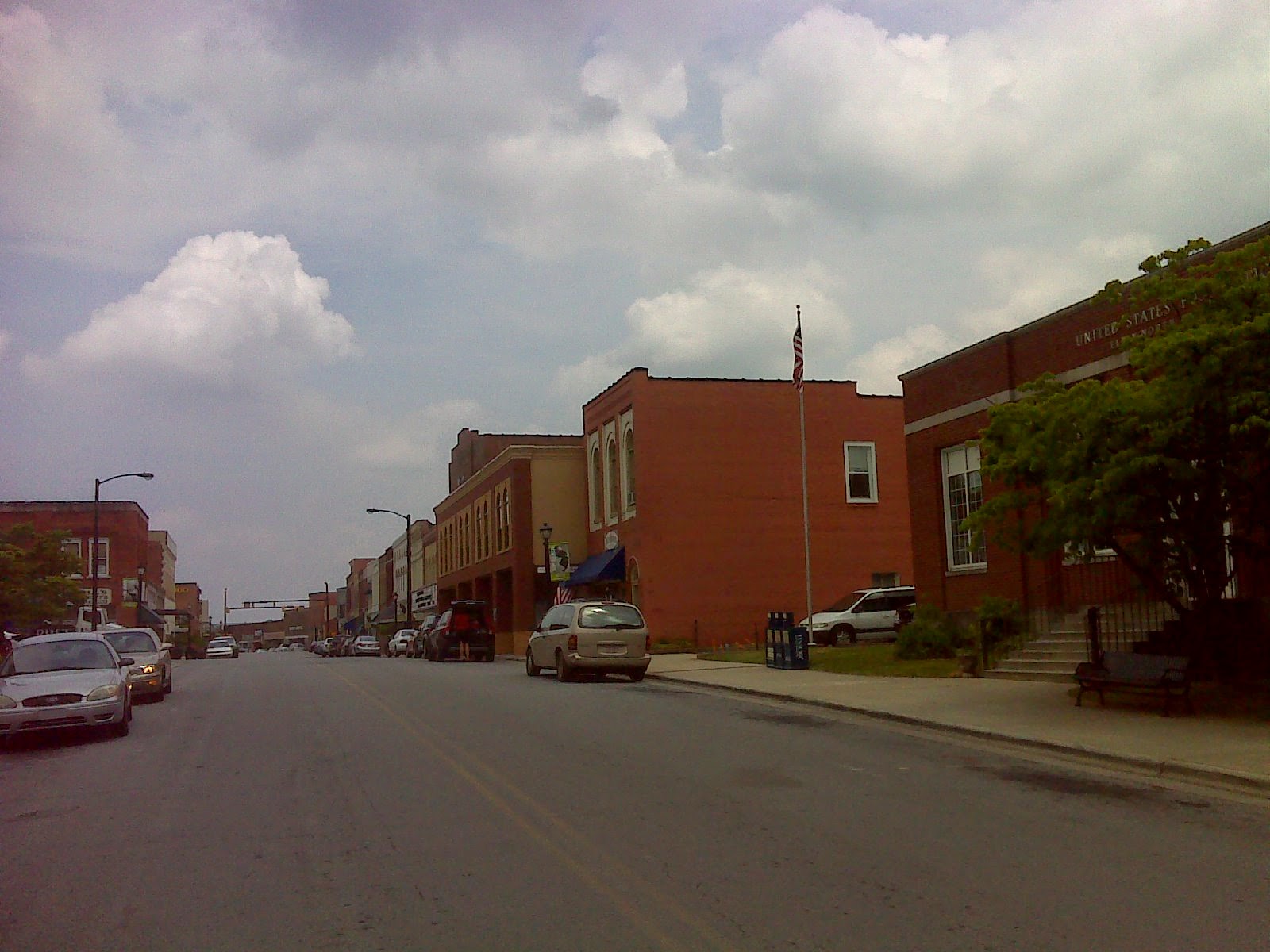 The second hike took me from Elkin to the front gate of Stone Mountain State Park and the end of all significant road walking on the MST.  From here it's almost all off-road trail.  This is a major milestone.

So lets go back to the first hike, which I accomplished wearing 'Hat number Seven'.  This hat is also a trail find--it sat beside NC 58 between the MST and the beaches of Emerald Isle for many months, gaining a distinctive sun-bleached pattern on the bill.  I found it this month (May 2014) while on a side trip which included a connecting hike from the MST at Buck's Corner Road to the barrier island.  Here's 'Hat number Seven' perched on the upright ears of the Easter Bunny somewhere east of Elkin: 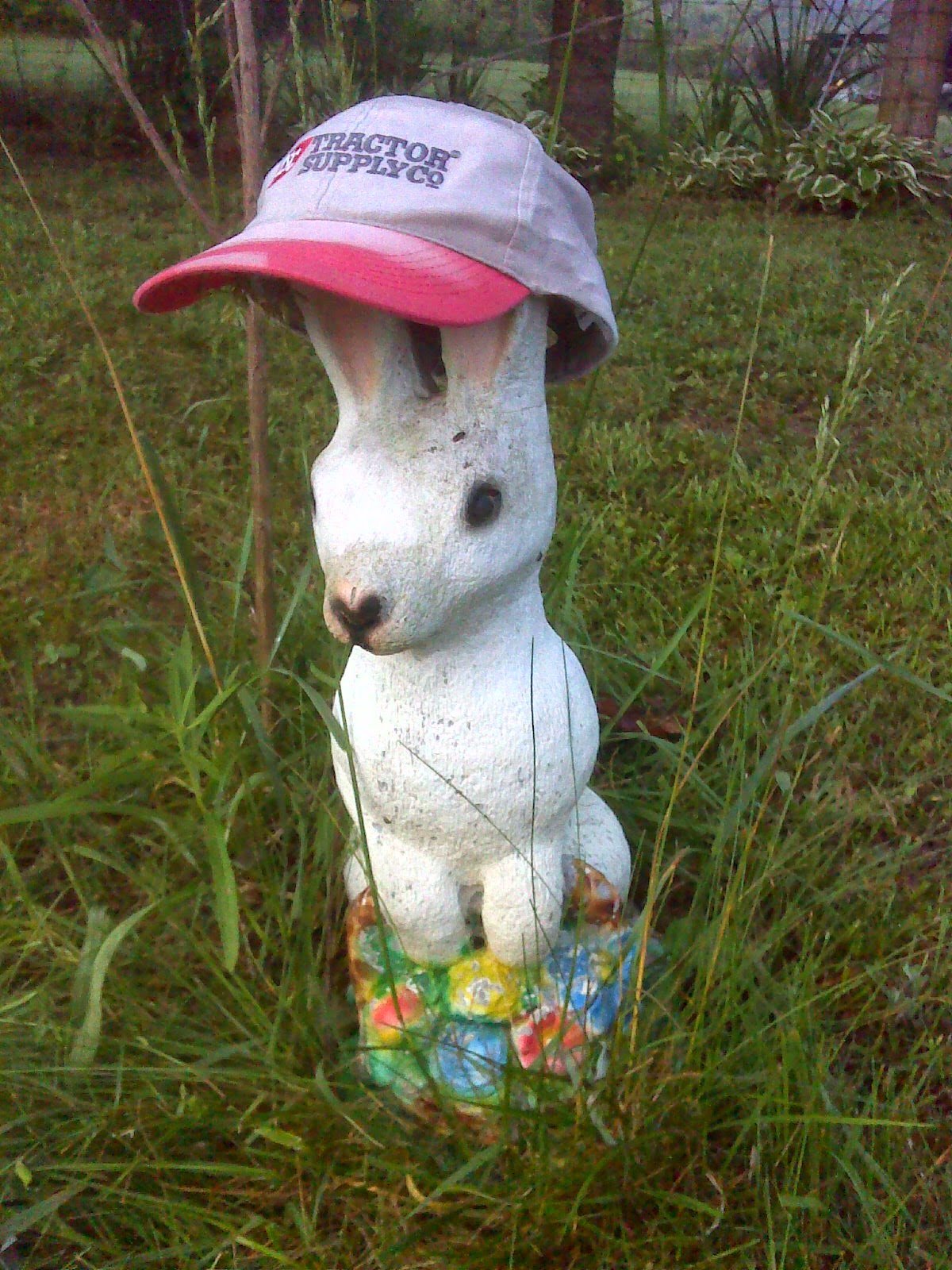 And adorning a roadside gatekeeper horse and a meditating Hindu. 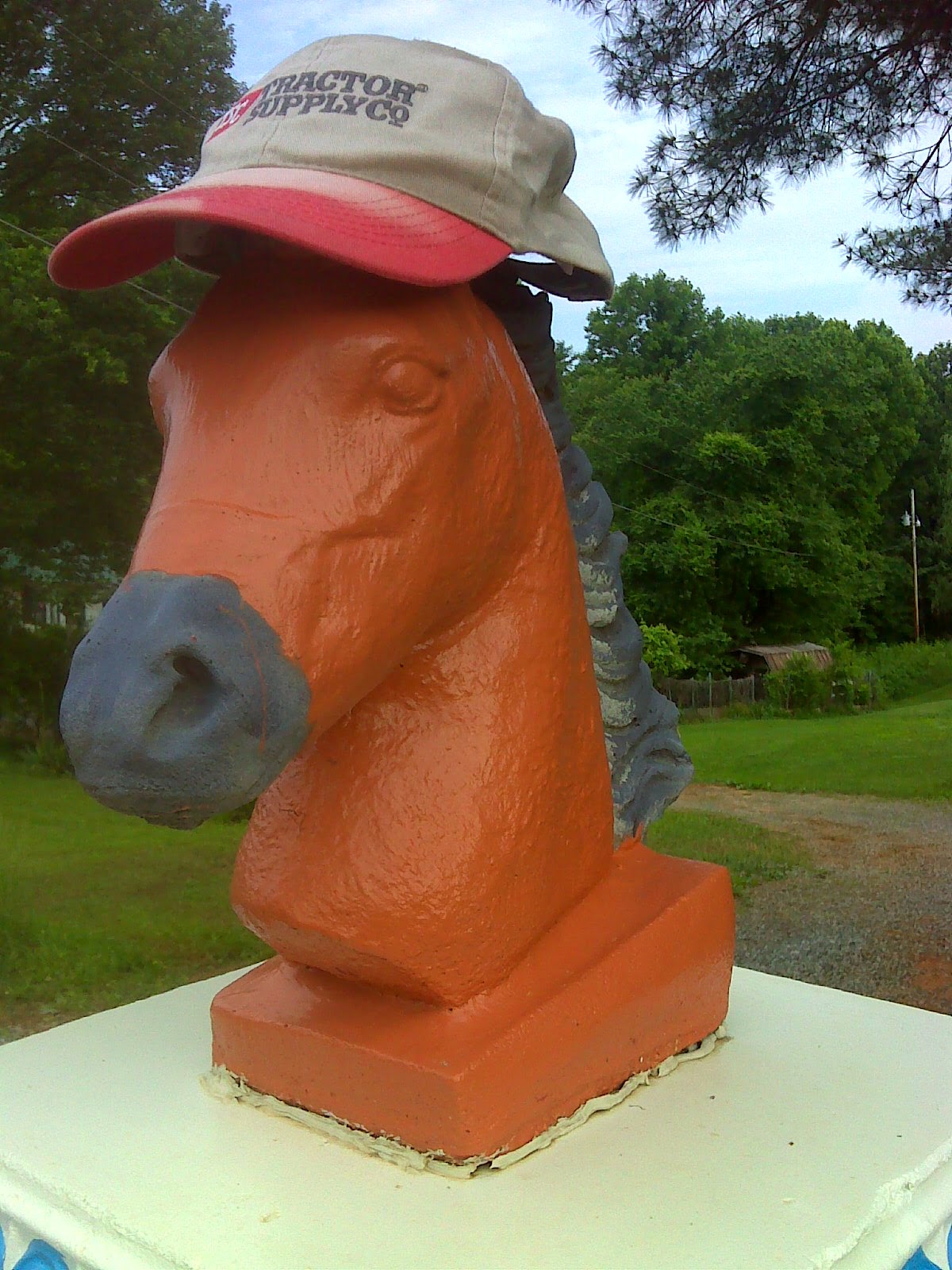 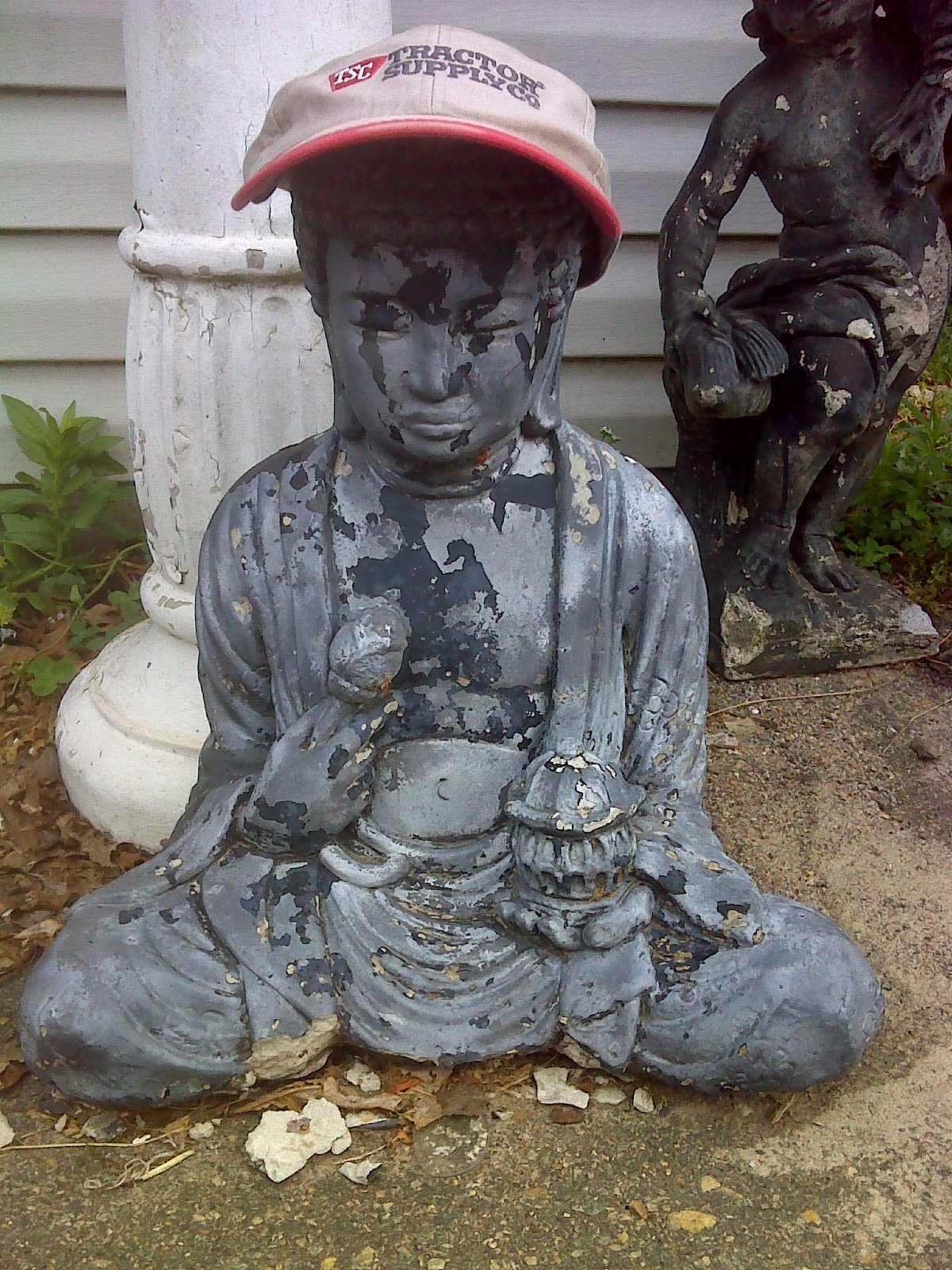 As far as nature's contributions to this pair of hikes, I can offer a Great Blue Heron fishing the downflow of a dam in Elkin ... 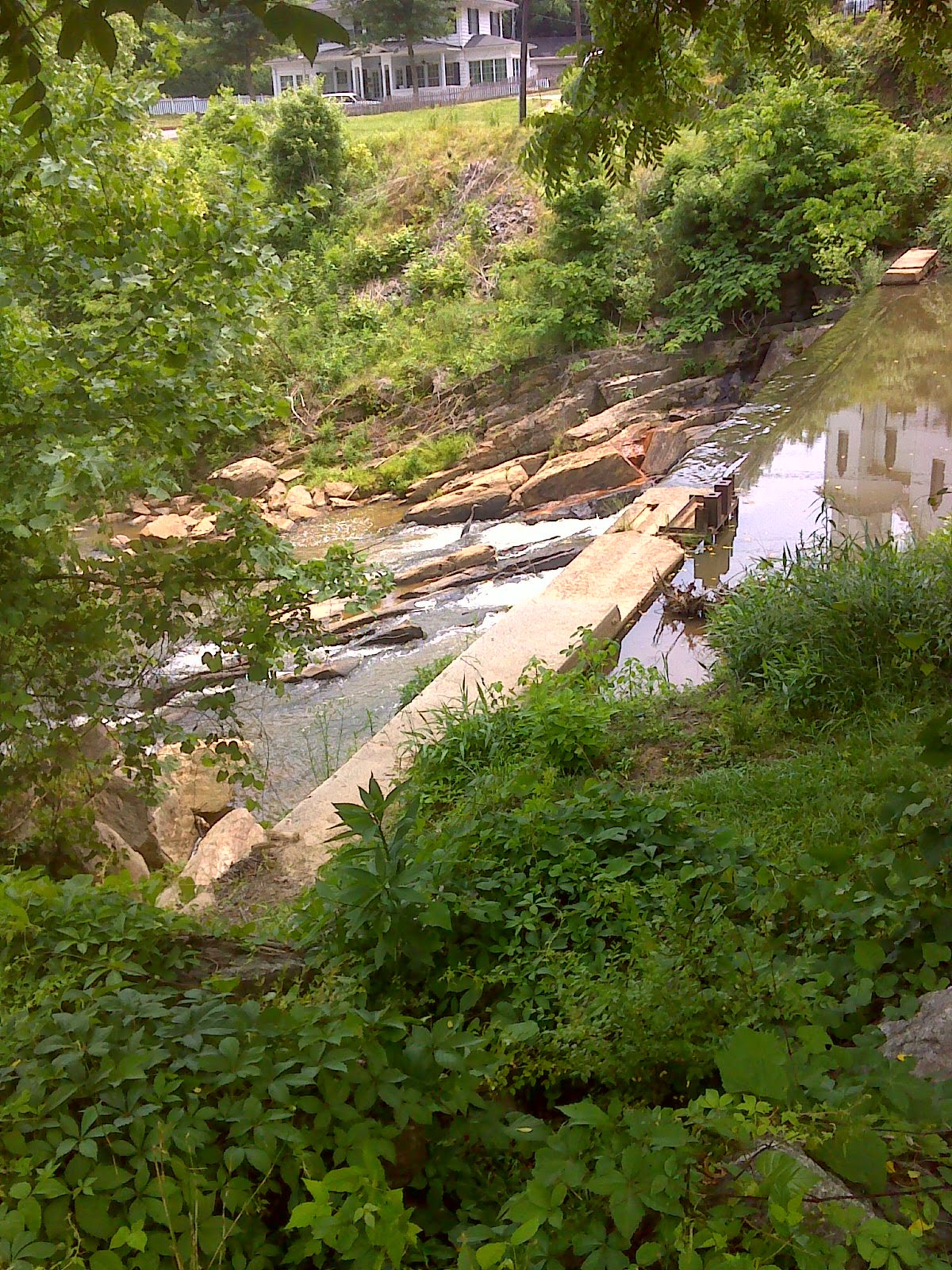 ... my first sighting of my favorite blue flower - purest blue by my arbitrary judgment - the Chinese Dayflower ... 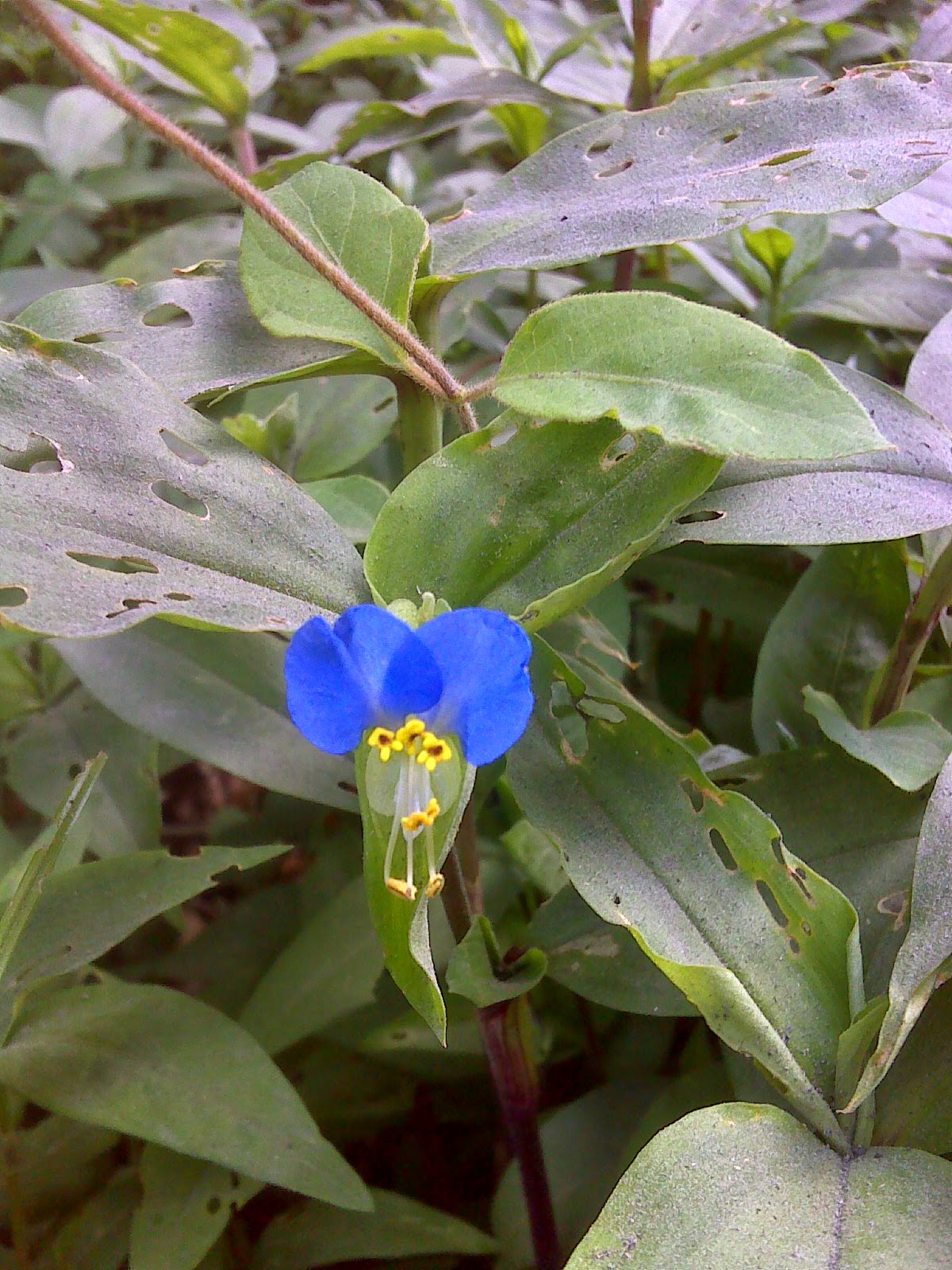 ... and the first comprehensive view of the Blue Ridge: 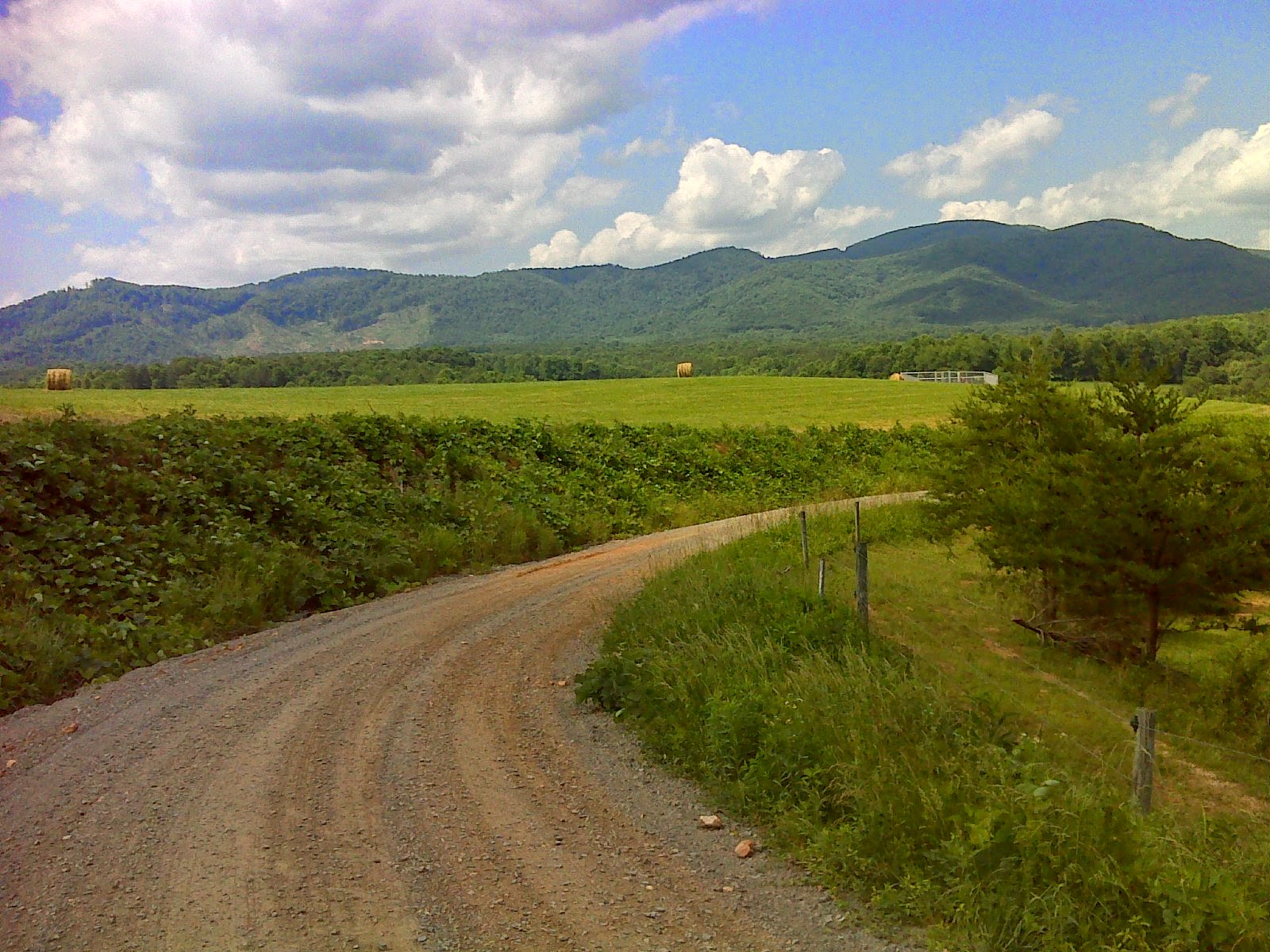 Tomorrow the Blue Ridge will be under foot.  I've arrived.

Here's the map of the route covered in these two hikes.  The title line is a link to a much more comprehensive slide show.


MST Days 63 and 63 - Elkin and vicinity at EveryTrail
EveryTrail - Find the best Hiking in North Carolina
Posted by PJ Wetzel at 5:52 PM