I couldn't have picked a better moment to hike the Moore's Wall loop - the high point (literally) of the trail system through Hanging Rock State Park.  It was like hiking in a fairy garden.  Above 2000 feet elevation the dominant understory plant is Rhododendron and they were all in full bloom:  Below that it was the Mountain Laurel coming into bloom.  The photo above was taken around the transition point.  Note also how well constructed and fully erosion-stabilized this trail is--a rare example of the right way to build trail.  But back to the fairy garden scenes. I can't resist sharing a few more: 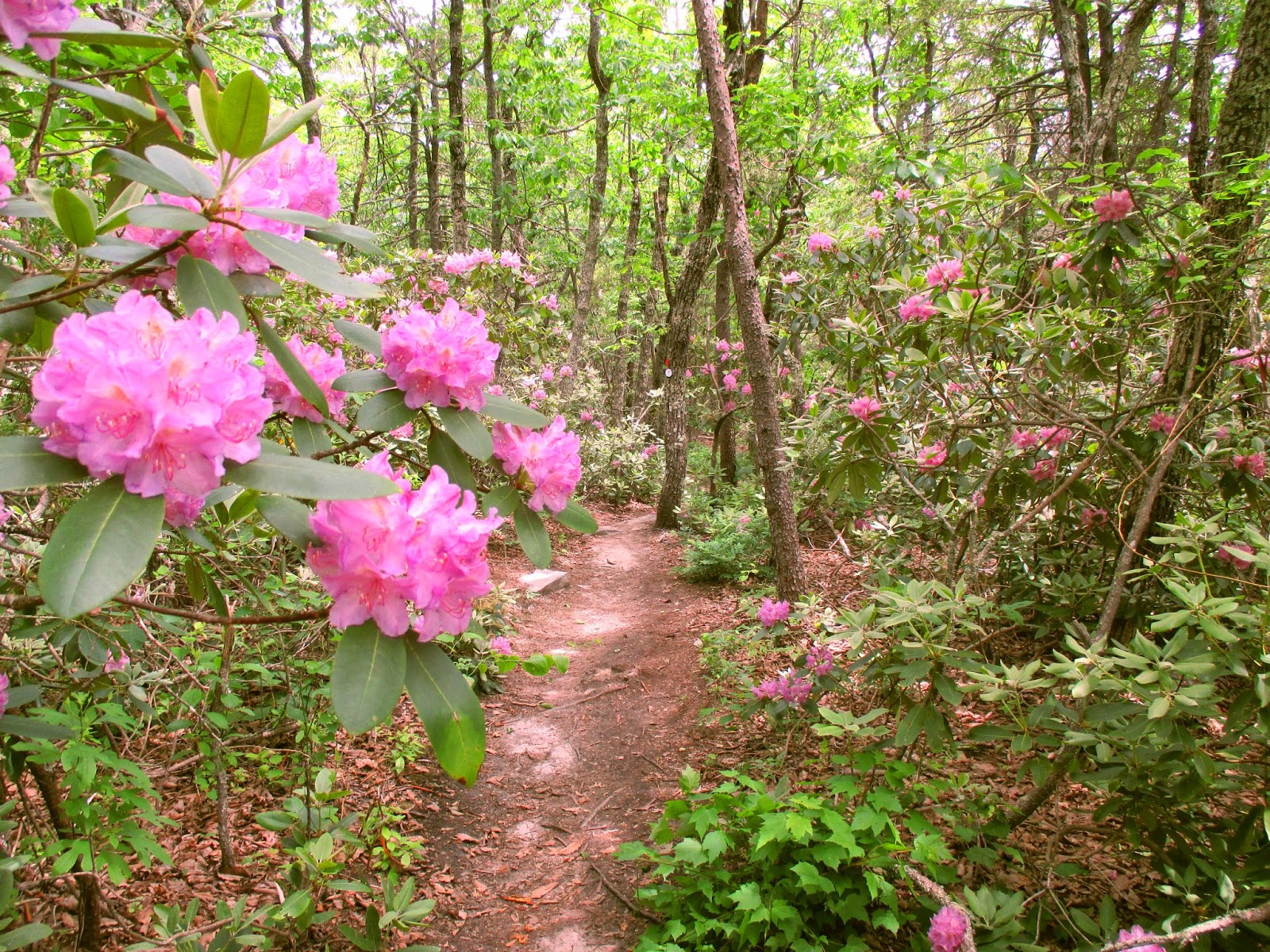 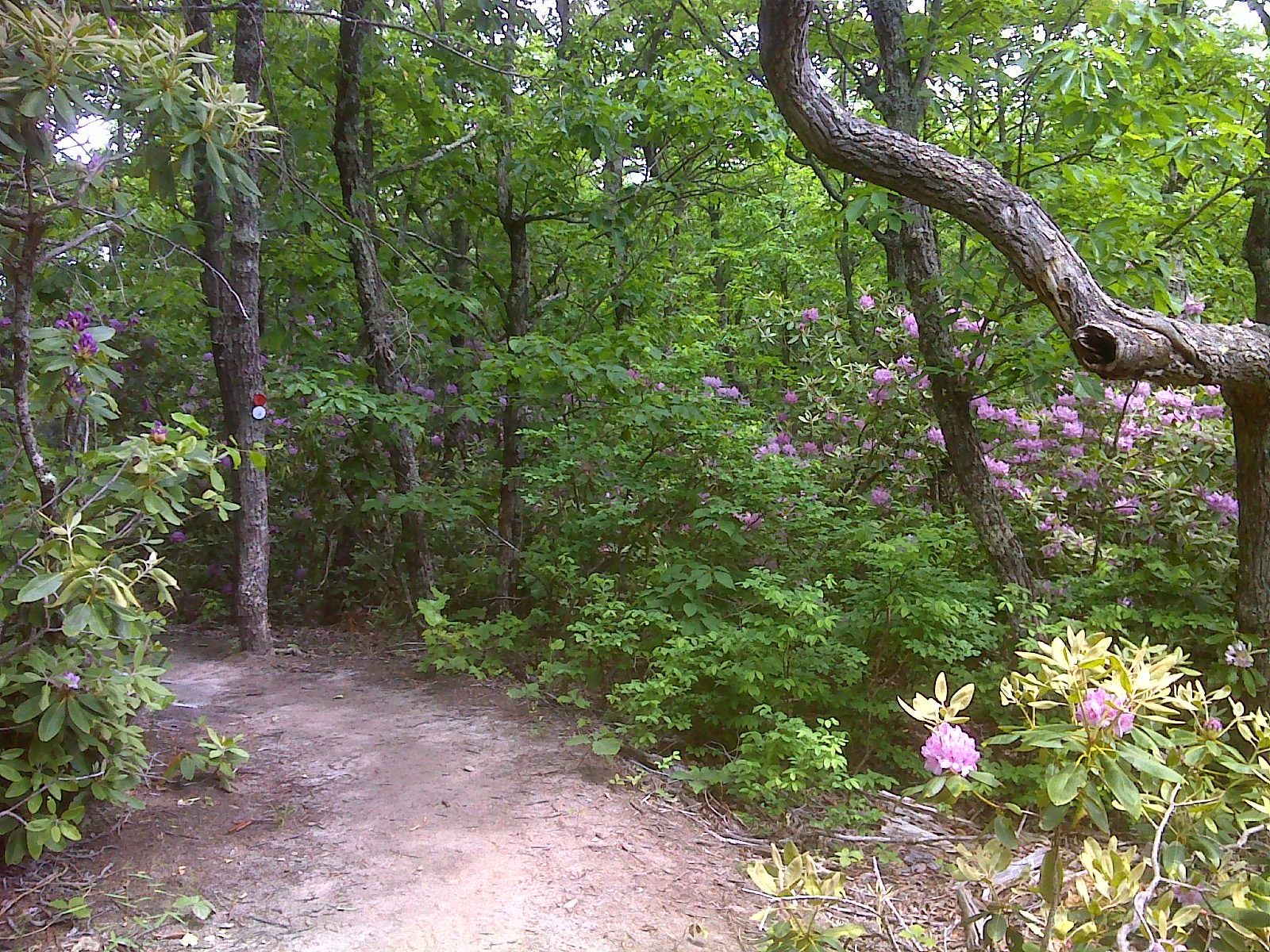 The view from the summit is panoramic and today the visibility was fine.  Here's how Sauratown Mountain (the closer one with all the towers) and Pilot Mountain looked from the top.


There's an observation tower at the top, and there were plenty of folks who took the 1.6 mile hike up here on this holiday weekend Sunday.  It felt good to be an footpath with fellow hikers rather than almost completely alone as I had been at Falls Lake and Greensboro. 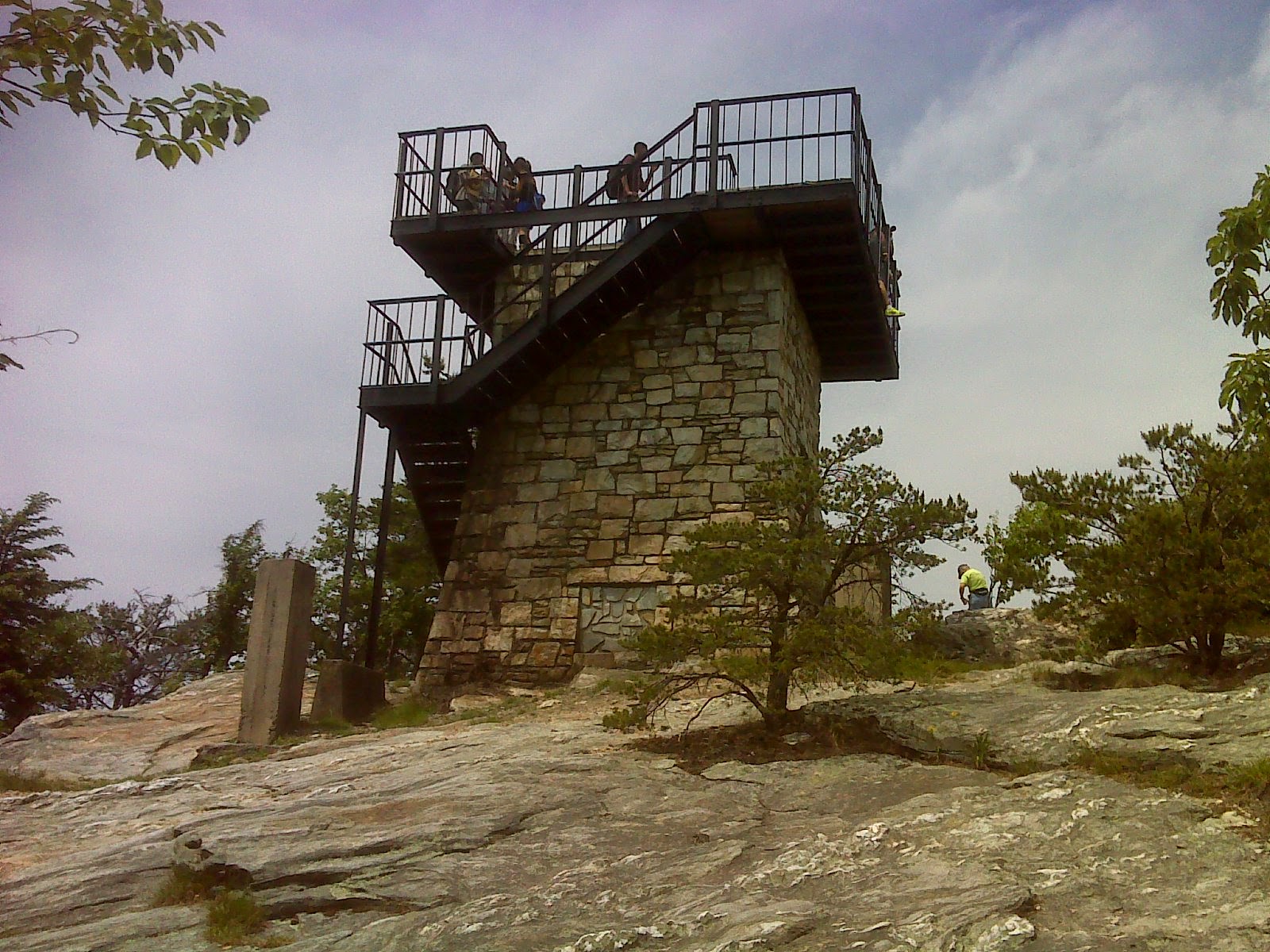 The park is named for Hanging Rock which is on a 'dead end' trail that the MST doesn't visit. But if you watch for it as you hike the park approach road, you get a good glimpse of it. (This is a telephoto shot.) 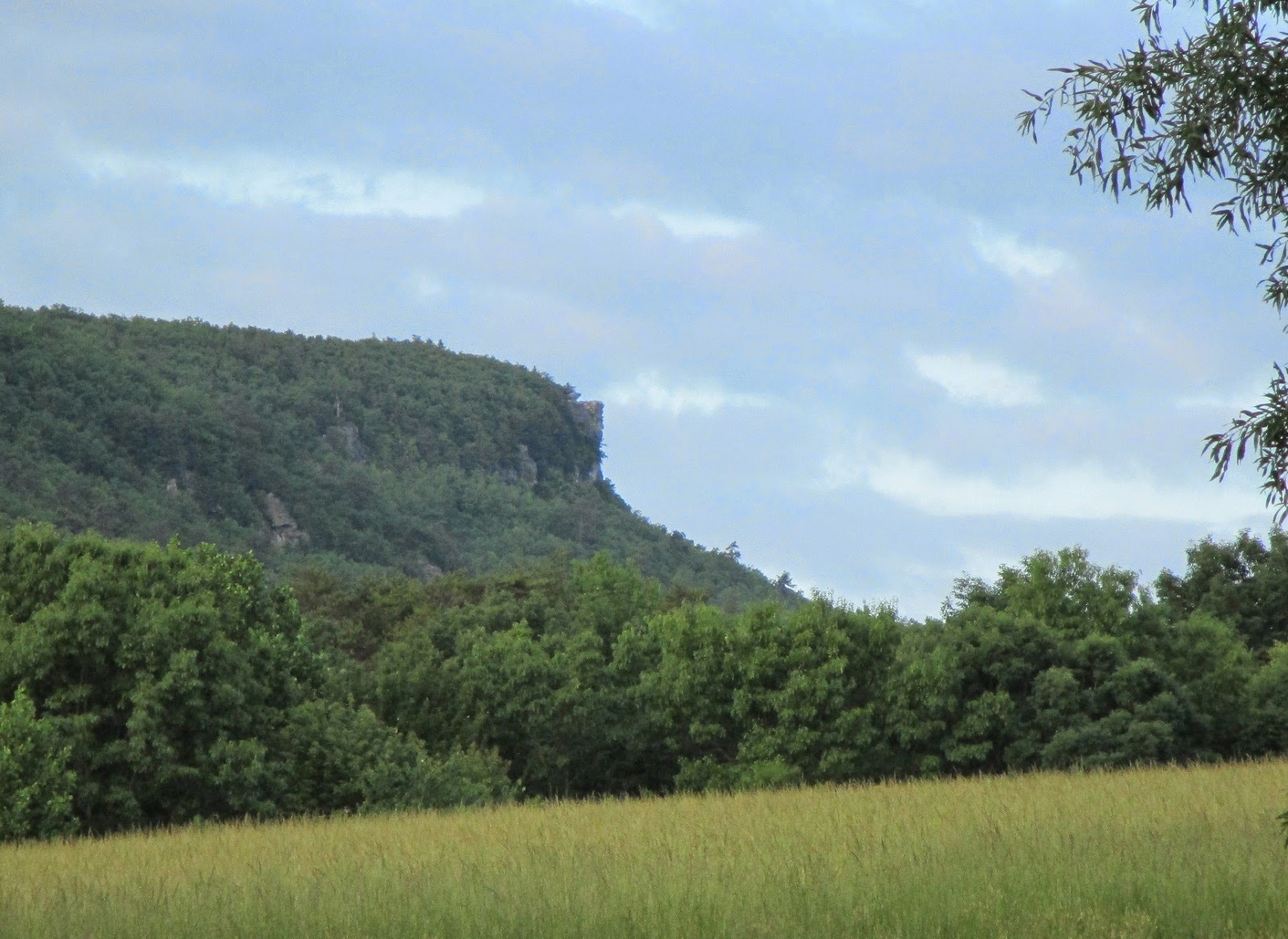 Other shots I wanted to share: A picturesque tree atop Moore's Knob, a view of Moore's Knob from below as I hiked the first bit of the Sauratown Trail, and Hidden Falls, one of two great waterfalls that the MST passes in quick succession. 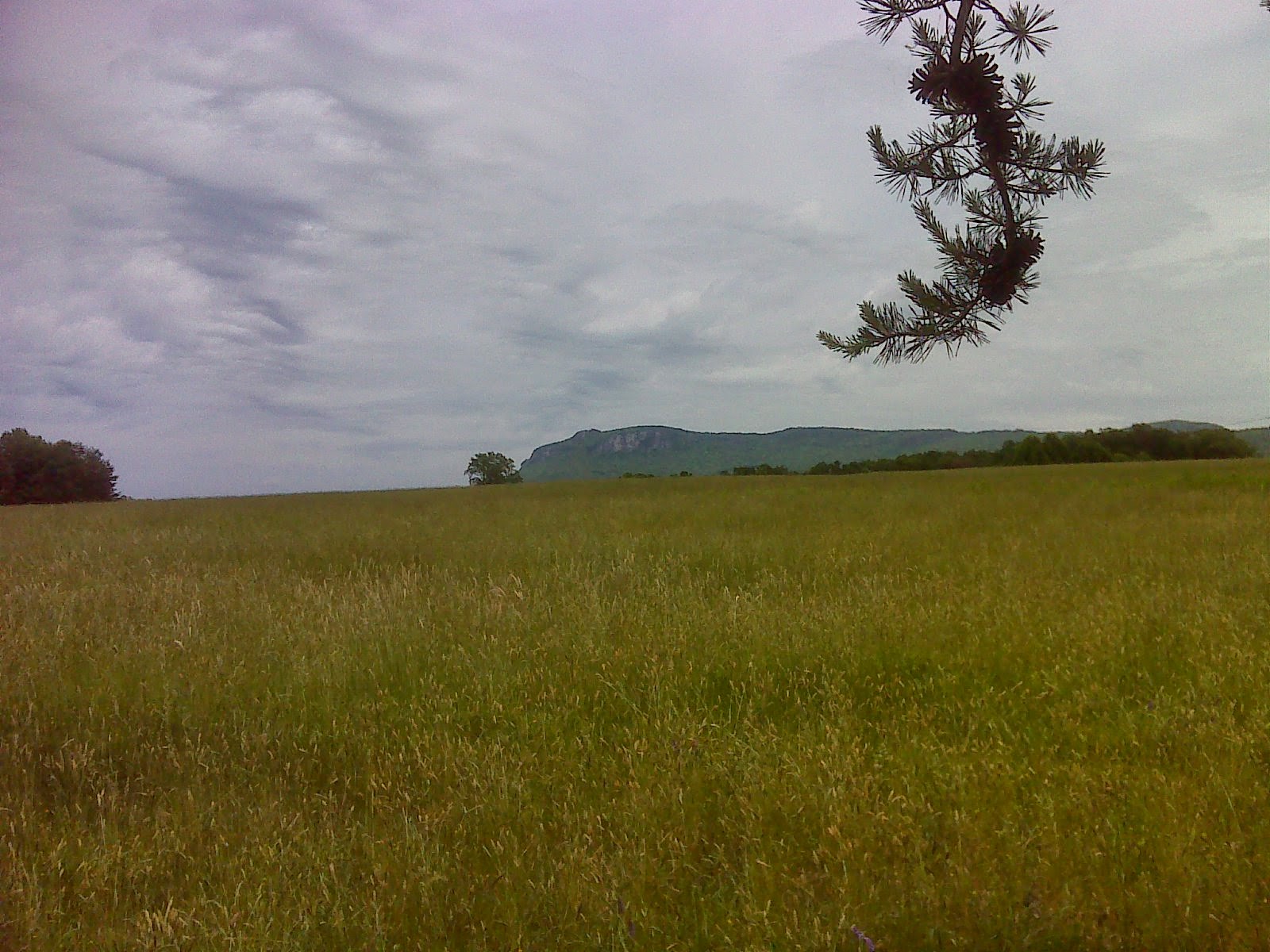 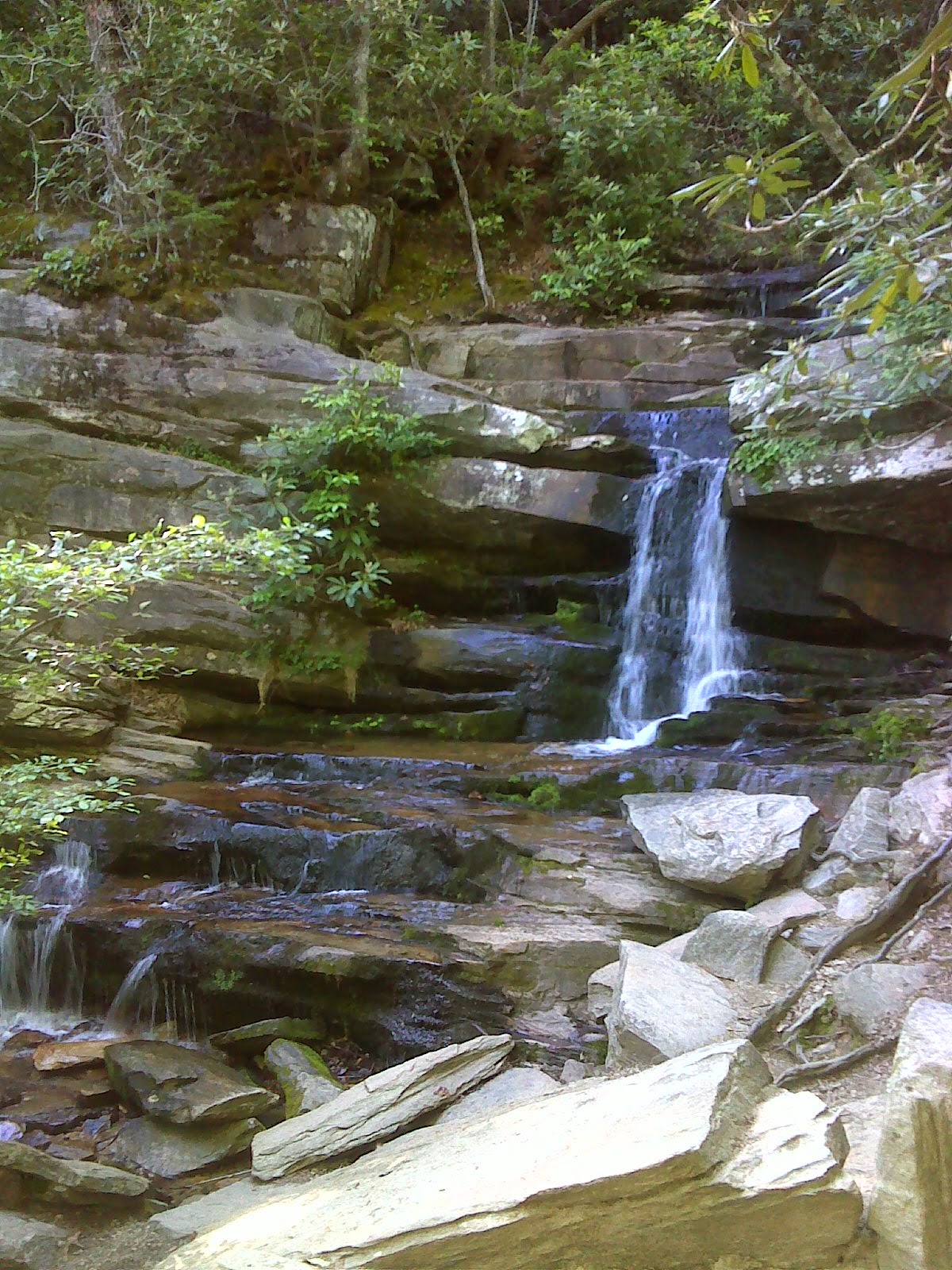 Finally, here's my 'Hat of the day' entry.  Hat number Three perched on one of the twin frogs being pursued by an amorous female caterpillar. 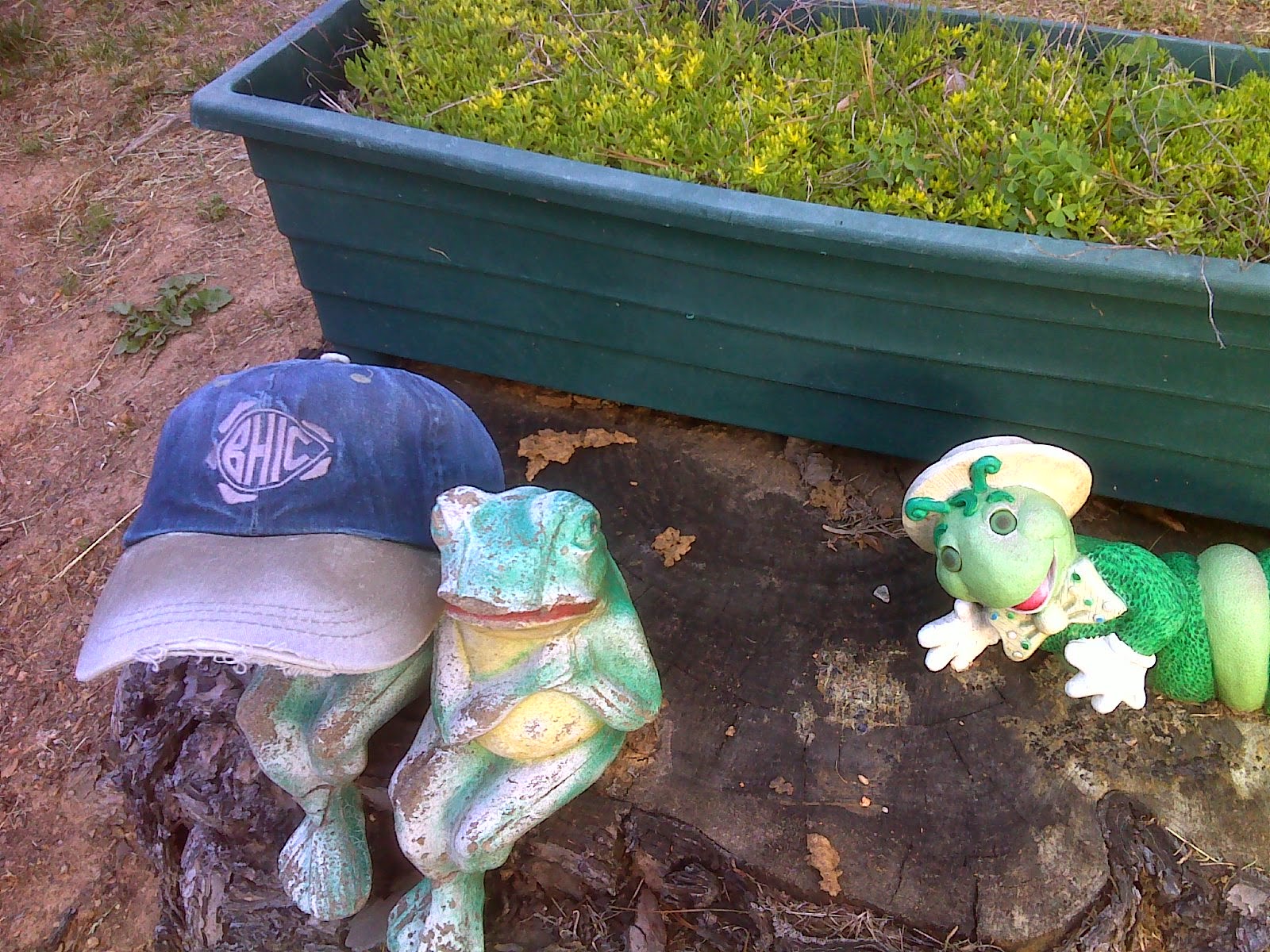 Hat number Three was purchased about 15 years ago on Bald Head Island, NC, an upscale resort island at the mouth of the Cape Fear River.  It's actually the tip of Cape Fear, which is why I wanted to visit it. The island is accessible only by passenger ferry and devoid of motorized vehicles except for a few staff vehicles.  You rent a house there and it comes with a golf cart.  Trams deliver you and your luggage to the doorstep from the ferry landing.  The letters BHIC in the turtle logo on the hat stand for Bald Head Island Conservancy.

Map of today's route with link to more photos is below: