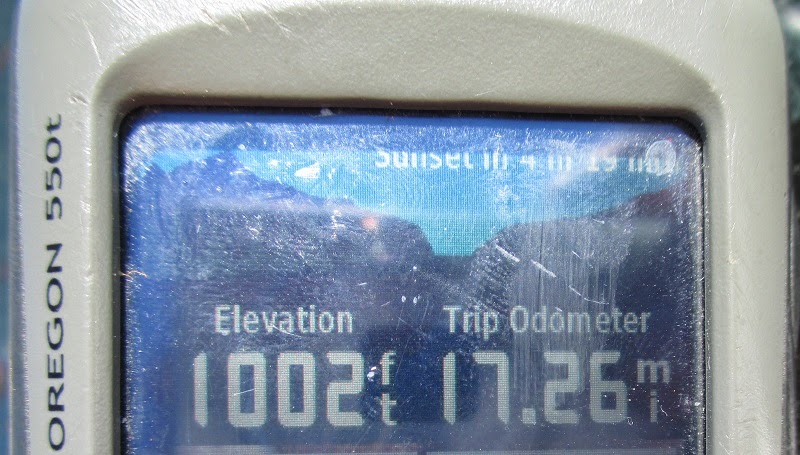 It took fifty-seven days of hiking, but I finally reached this lofty elevation today in the little hamlet of Meadows.  It was not exactly a mountain--more a flat plateau separating watersheds, as the name of the place suggests.  But as I descended from Meadows down to Danbury the terrain had changed.  It seemed mountainous - as it should since within a mile of Danbury there are mountains as high as 2000 feet.  After taking two months to reach 1000 feet, tomorrow I'll be up over 2500 feet on Moore's Knob in Hanging Rock State Park.  Yippee!  It's been a long time coming but I'm back in real mountains. Today's hike was all road walk centered on the interesting town of Walnut Cove with an old-style downtown but also all the amenities one could hope for.  I highly recommend the independent drug store in the Food Lion Shopping Center called Hicks Pharmacy - super friendly people - and they have a great grille inside called the Red Rooster that only the locals know about--there are no signs (that I saw anyway). 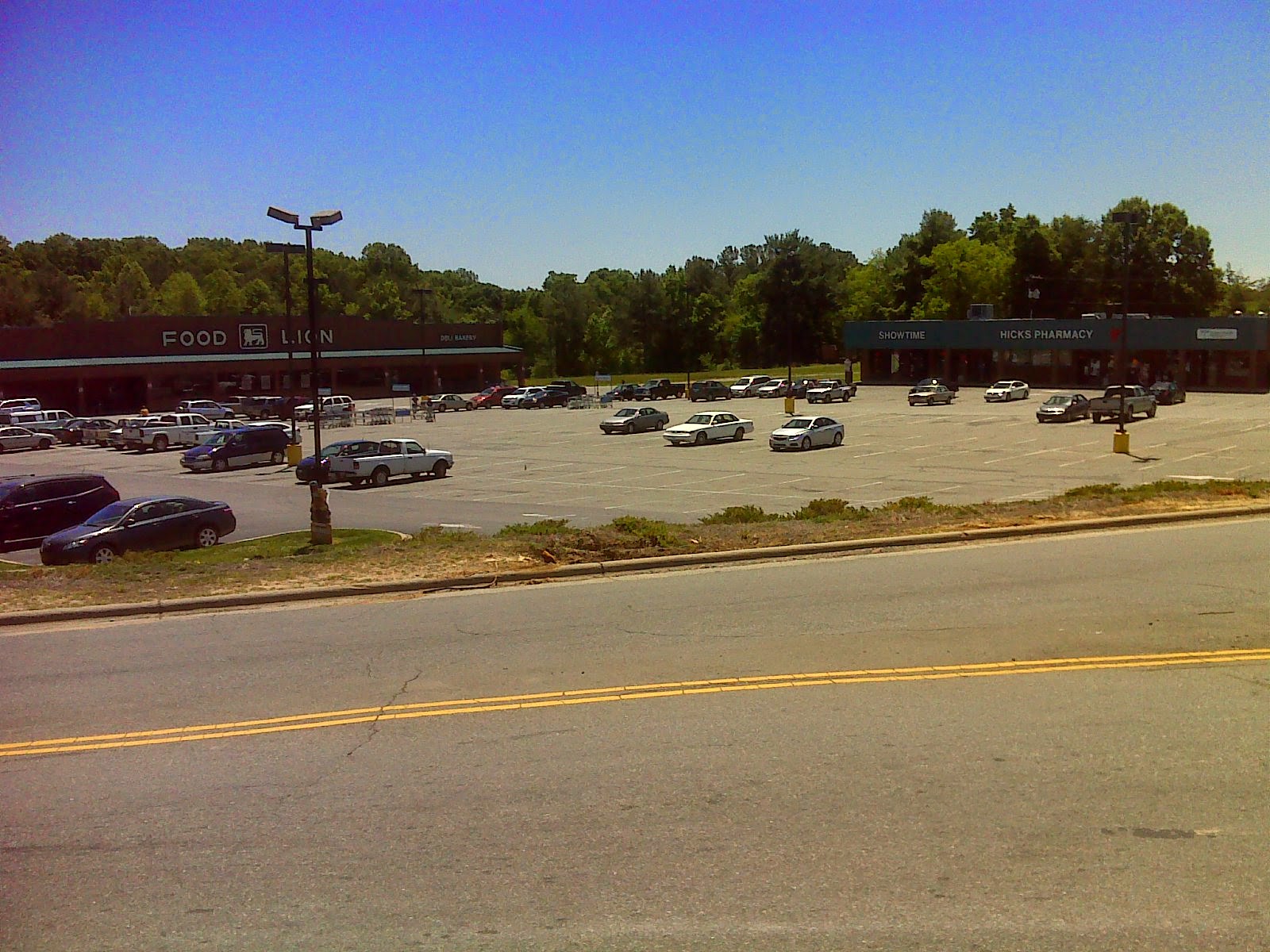 Two miles north of town is Whicker's Grocery, a stop recommended by Scot 'TABA' Ward in his old guidebook.  It's another great hiker stop.  I stopped in and bought a bandana and Reese's Peanut Butter Cups and sat on the woodpile in the shade for a spell. 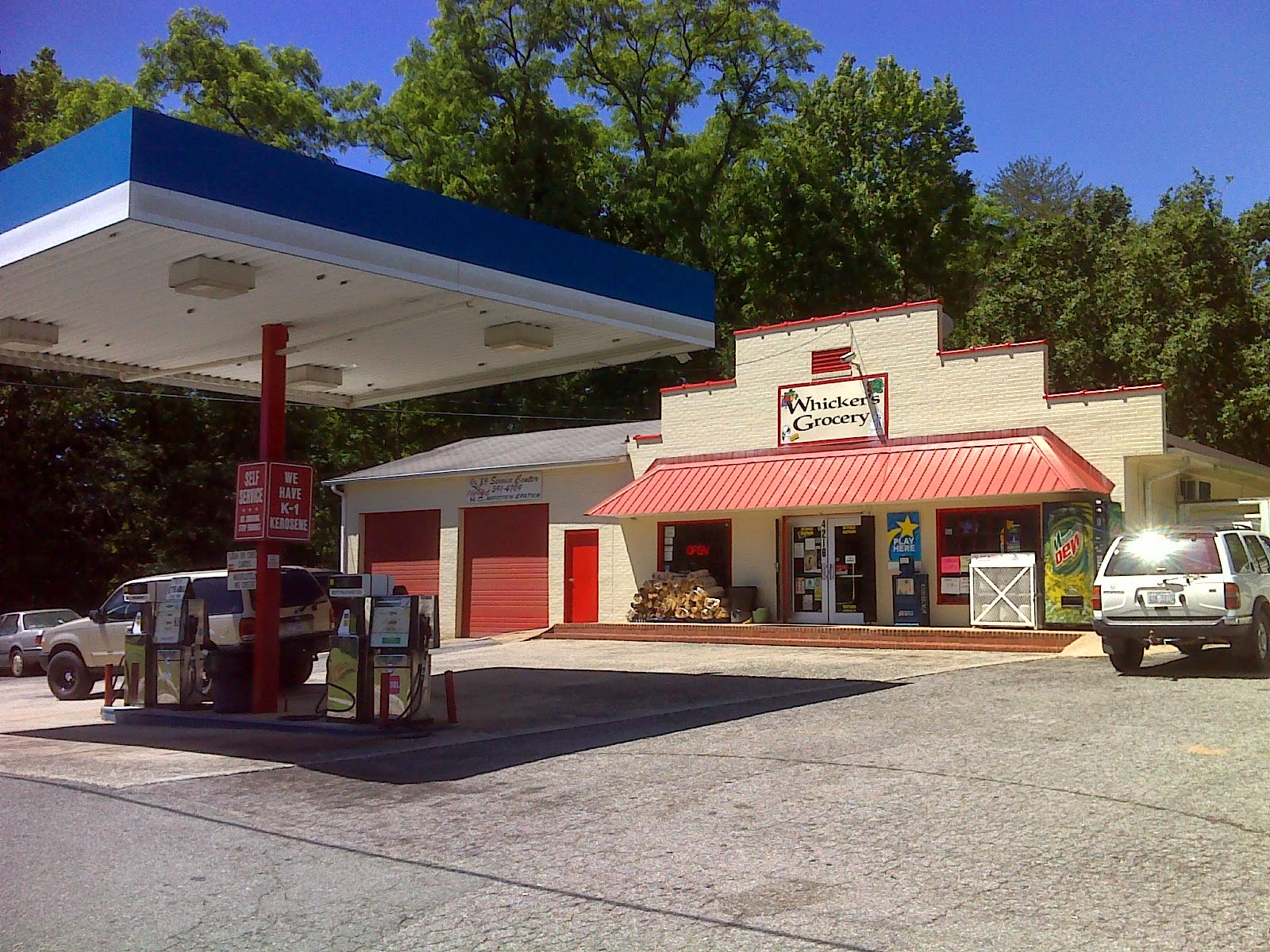 In fact there were groceries and convenience stores about every mile or two throughout the 17 1/4 miles of road I walked.  Didn't take photos of any of the others.  Instead I took photos of trivial stuff that caught my fancy.  First among those is a set of 'portraits' taken for my 'Hat' series.  Here are three shots taken with 'Hat number two' -  ' Hat with roses', 'Hat with iconic guardian lion at the gate', and a shot of a quirky scene--'Hat on the Pretty Little Dutch Girl's Boyfriend as he tries to get fresh with her beneath an ominous warning sign.' 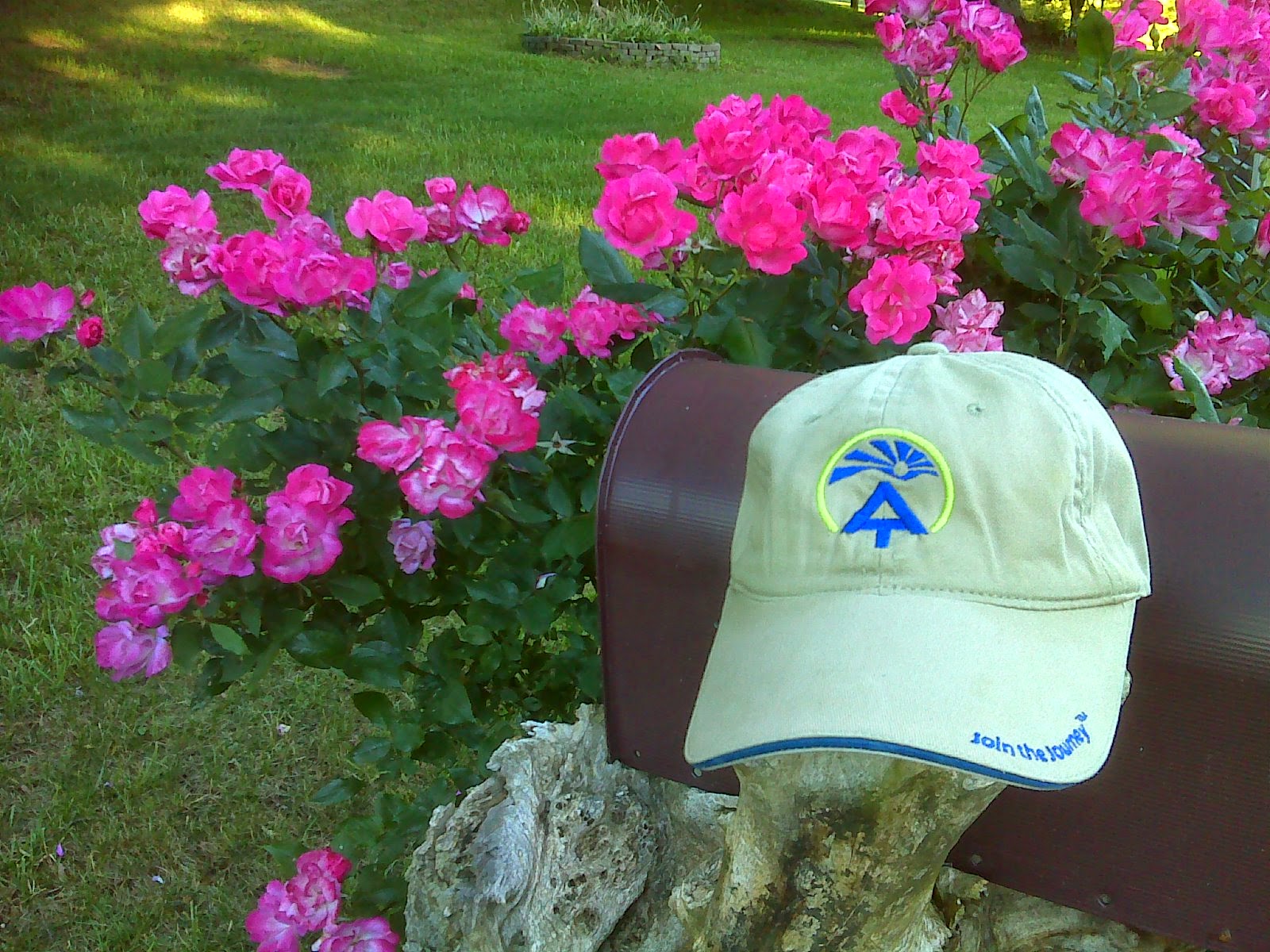 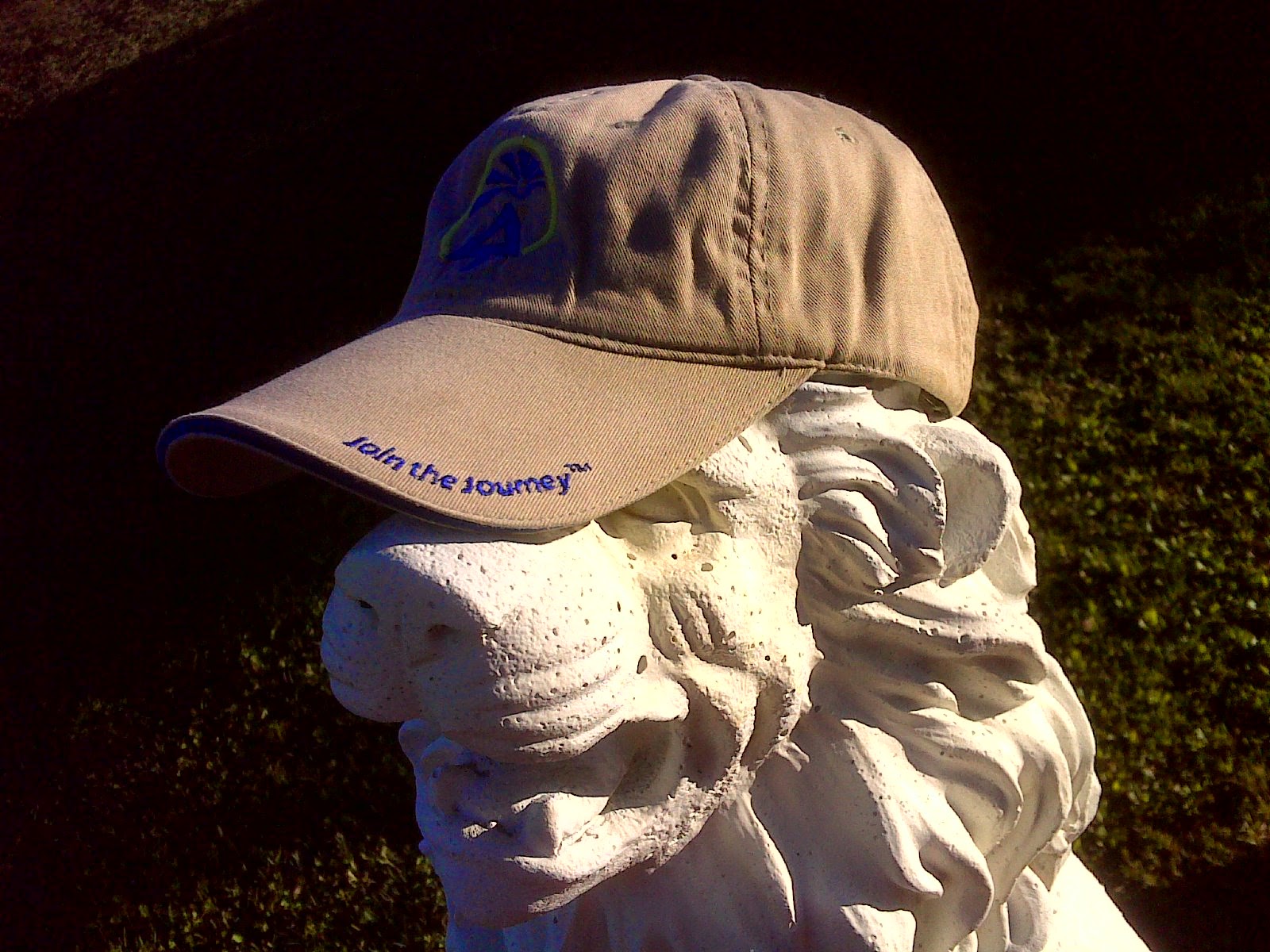 Hat number Two is an official product of the AT Conservancy and I bought it at their visitor center in Harper's Ferry, WV in June 2012 when I was en-route to home by car during a break in my thru-hike.

Today I also passed this elaborate roadside memorial for young Lester Levine, age 15, who passed away 9/13/13 along with a presumed friend named Brandon, surely both in the same accident.


I saw something rare that most people probably couldn't care less about, but I'm always on the lookout for botanical variants, sports, and other vegetative oddities that could be commercialized.  Here is a very rare pink Japanese Honeysuckle.  The leaves even carry hints of purple. 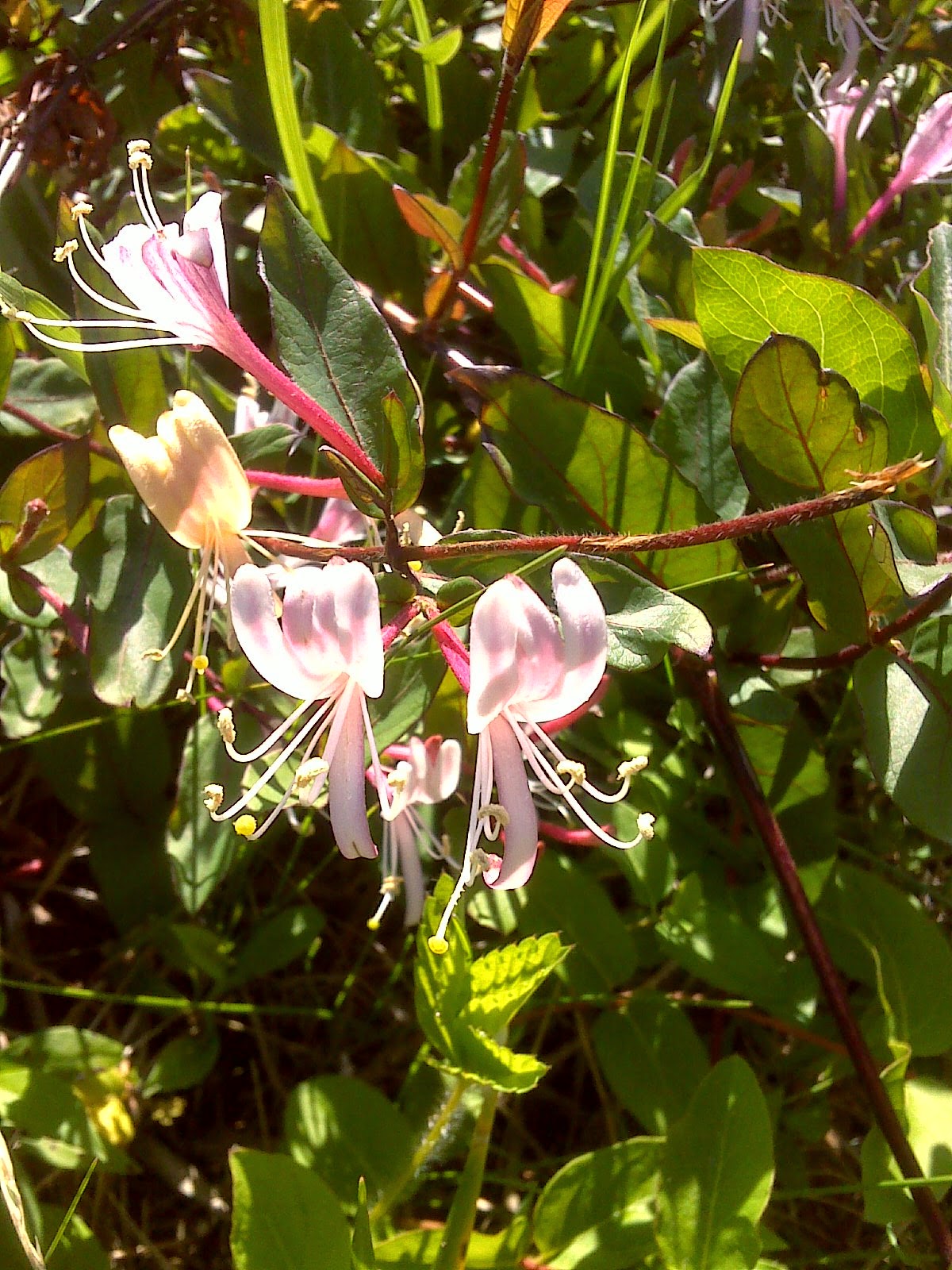 And lastly I let my imagination ramble with this street sign.  Remember the famous statement attributed to General Phillip Sheridan (Custer's boss): "the only good indian is a dead indian"?  Well as I saw this sign I was imagining a Walnut Cove local denizen telling me 'Hereabouts, The only Goode Road is a dead-end road'.  Yep, when you're strolling along hour after hour, the mind tends to go wonky sometimes. 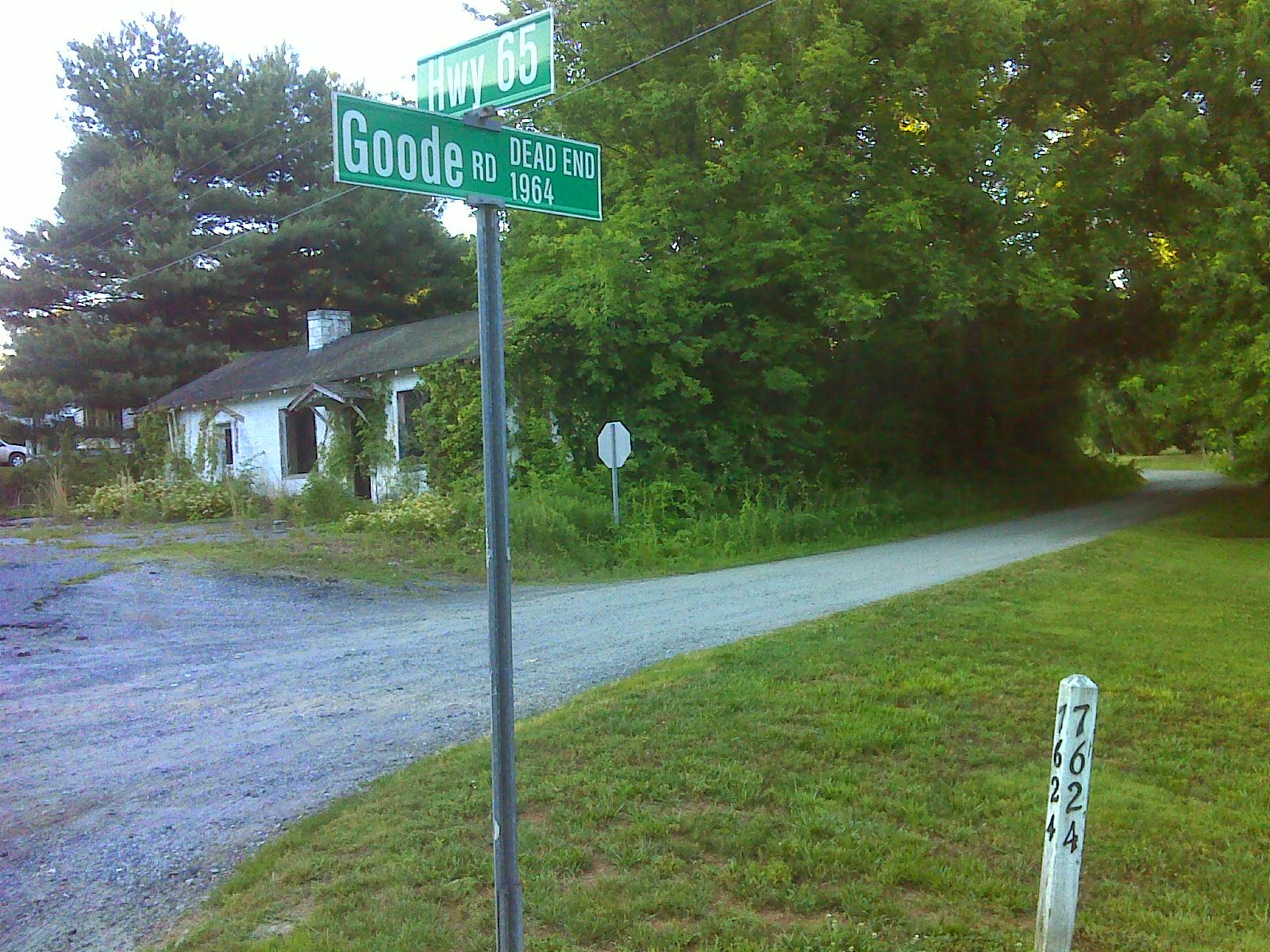 Here's a map of today's hike with a link to a couple more photos:

MST Day 57 - Walnut Cove at EveryTrail
EveryTrail - Find the best Hiking in North Carolina
Posted by PJ Wetzel at 2:26 AM