Pololu and Waipio - the Big Island's most dramatic coast


Weather has turned nice so I took advantage of it to do two of the most popular short hikes on the island, one on either side of the rugged north coast of Kohala Volcano.  The sheer sea-cliffs on this part of the island are a result of a massive landslide that happened a quarter of a million years ago or so.  The same thing happened on the north coasts of Molokai and Kauai producing equally inaccessible coastal cliffs.

The views are spectacular. 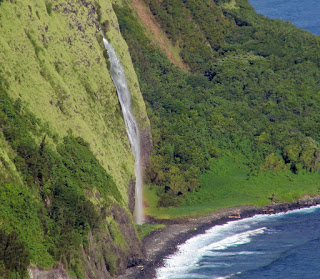 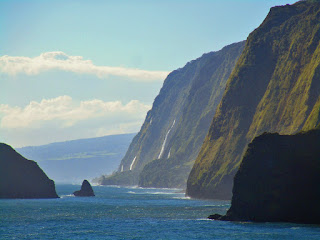 The valleys themselves are serene settings where thriving Polynesian settlements once existed, where the inhabitants lived off fish from the sea and taro from the lush fertile lowland soil.


It used to be possible to hike the entire distance along the coast between these two valleys, but landslides have closed this continuous trail.  What I did were fairly short out-and-back hikes on each end, and since both hikes were fairly short, I had a chance to visit two state parks with nice loop trails.

On the Waipio side, up at about 2200 feet in elevation, is the seldom-visited Kalopa State Park, which is a forest reserve.  The forest trails were pleasant and cool compared to the lower elevations, and the things that caught my eye were mostly the little things: 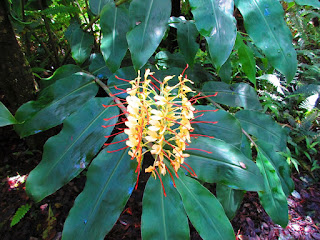 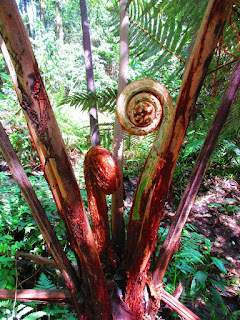 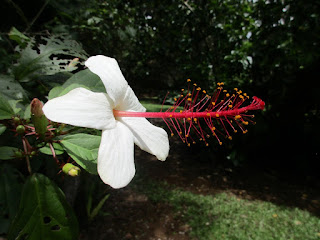 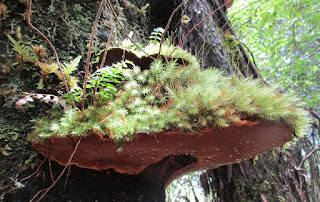 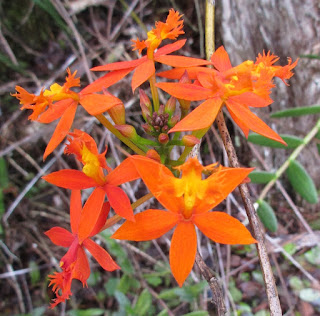 Along the Kohala Coast west of Pololu Valley is Lapakahi State Historical Park where one can almost feel the ghosts of this fishing village going about their daily routines. 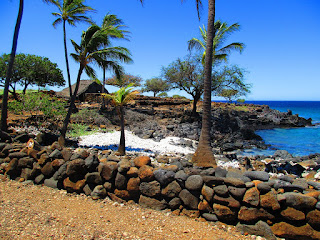 In the next report I return to my favorite hiking area--the Saddle between the two big mountains.  Coming soon.
Posted by PJ Wetzel at 10:50 PM