The Wrath of Hurricane Florence


My hiking exploits in Hawaii have been on hold as my attention was riveted on Hurricane Florence as it rampaged toward the North Carolina Coast, then stalled and lingered there.  My interest was very personal.  As you've seen from my numerous beach hike/sunrise images, I spend much of my non-travel time right where Florence had its worst impact.  The right front quadrant, where the onshore winds and storm surge are greatest, hit my area square on. 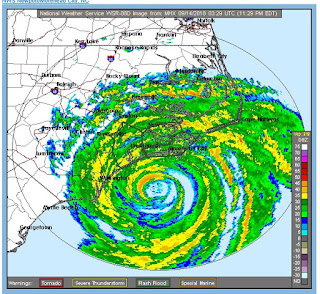 The result was that a big swath of shoreline on Topsail Island, where I own a condo, and where the North Carolina State Trail, the Mountains-to-Sea Trail, follows the beach for eight miles, was hit with major dune breaches.  Two of the worst places are shown below. 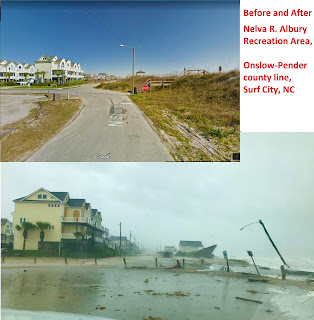 It was a mean storm, and the impact is ongoing even as I write this, yet it could have been much, much worse.  After the NASA image above was taken, the storm began to weaken.  This wasn't forecast, but it was a blessing.  By the time it made landfall at Wrightsville Beach, its wind impact was down.  The eye hit head-on at the fishing pier at Wrightsville beach, where there is an automated weather station, yet the wind gusts recorded there barely got to Hurricane force.  The effect of the eye is the brief, sharp downward spike in wind speeds right in the midst of the strongest gusts. 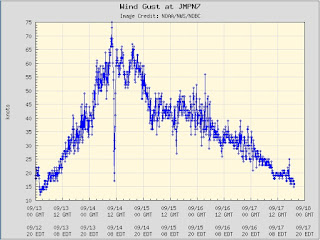 What is more notable about Florence is that it was battering the area for five days, moving at walking pace.  This caused rainfall totals to reach catastrophic levels.  Here is a Fayetteville Police Department image sequence of the Cape Fear River looking downstream from Person Street, Fayetteville, NC. 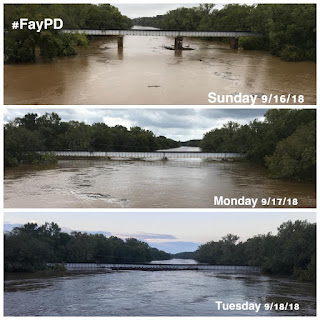 And here is the river gauge record for the nearby Northeast Cape Fear River showing that flooding from Florence exceeded all previous records. 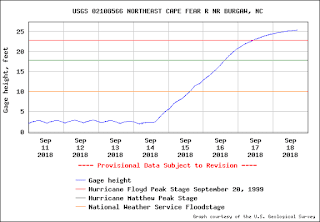 I'm not showing tons of photos of the flooding and devastation.  They've saturated the media over the past week (and I was looking at them all).  I'm just posting the highlights here to say that during the storm I was unable to tear myself away from my TV and computer screens during the Florence rampage, with but one exception.

I took a quiet hike into a secret deep rainforest jungle off the 19th century Kaumana Trail at 5000 feet elevation, and just soaked in the peace.  The trail I hiked was an informal track, fairly easy to follow for a mile or so before it faded away.  Here is a GPS Track and a few photos. 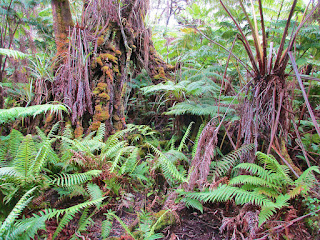 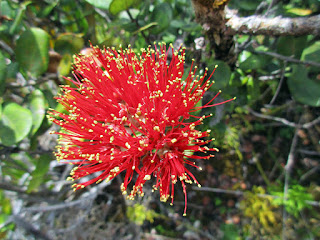 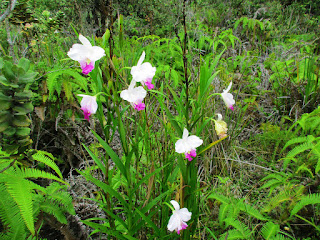 Now that Florence is gone, I'm still following the reports of those who are returning to the island to assess the damage.  It's a week after the storm and much of my island still expects to have to wait several more days for electricity, water, and sewer service to be restored.

But I'm back out hiking, and will be posting next about another gem of a hike up on the Saddle area between Mauna Kea and Mauna Loa.  Stay tuned.
Posted by PJ Wetzel at 11:57 AM