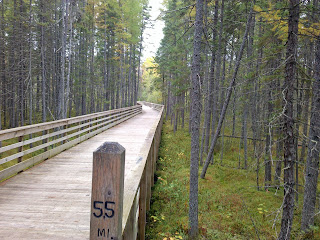 One of my missions in blogging about my treks is to advocate for fully connected hiking trail system--a network across the US where hikers can chose the length of their experience from a day hike to a decade-long sojourn, and never leave the trail system.  At a minimum I would hope to connect the eleven Congressionally sanctioned National Scenic Trails with one another.  Today I completed my traverse of the missing link between the North Country Trail and Wisconsin's Ice Age Trail.

There are several decent routes to connect these two National long distance trails.  I had originally planned to use the Gandy Dancer Trail, which is a motorized trail, open to ATVs and snowmobiles.  I think I found a better way, using the Heart of Vilas Trail (a bicycle and hiking trail covered in a previous report), then jumping to the Three Eagle Trail, a bike/hike/snowshoe/ski trail that features several wetland boardwalks like the one up top, and finally going through a no-name trail system on a huge tract of privately owned forest that is open to public non-motorized use.  More on that property in a minute.

The Three Eagle Trail is open to 'silent sports' only.  It's smooth enough for road bicycles, but feels like a wild woods hiking trail because a good section of it is not on an old railroad bed but was built explicitly for the silent sport enthusiast. 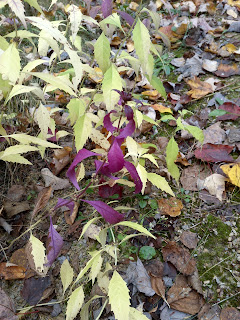 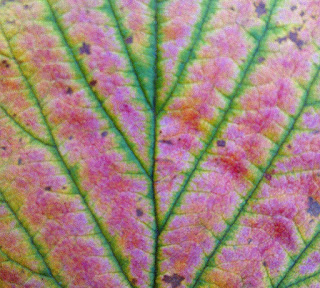 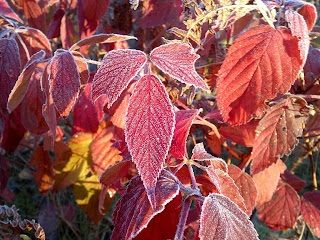 Between the Three Eagle Trail and the Ice Age Trail, which I picked up near the Summit Lake public beach, I was hiking the US 45 corridor through the quaint towns of Monico, Pelican Lake, and Elcho. 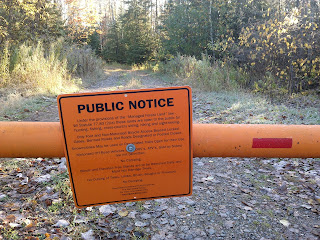 It was agonizing.  Where did all these tempting tracks lead?  Then after I passed through, on the south end of the remote section, I came upon a kiosk with this map. 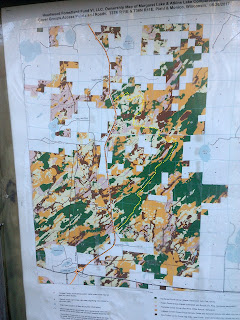 Oh, no!  I had just passed beside a huge, contiguous tract of land freely available for me to hike!  And it is full of gated two-track trails (closed to vehicles except when they open the gates).  Why couldn't they have posted a map at the north end too?  This is property owned by a very progressive, environmentally conscious hardwood forest company--fourth largest property owner in the United States, called simply The Forestland Group.  On the map I've annotated the route I could have hiked in yellow, about twelve miles of woods road closed to all vehicles, which I was able to confirm via the areal Google Map photos.  What I actually hiked is in orange.  If only I had known.  Woulda coulda shoulda ...

Finally I joined the Ice Age Trail to hike its Old Railroad Segment, maintained by the Langlade County Chapter of the Ice Age Trail Alliance.  Best part of this segment by far was the part through Veterans Memorial Park where a boardwalk took me between Game Lake (at left) and a vast sprawling wetland on the right and directly ahead. 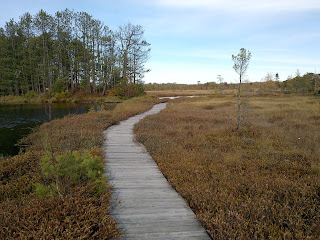 It felt great to be back on 'cared-for' trail under the auspices of, and with the political and financial backing of the National Trails System Act.  That act has major flaws, but in a system dominated by the people who make the loudest noise and the bureaucrats they hire, it's a good start--a foot in the door toward my dream of a truly nation-wide Interstate Trail System.

Below I've included the overview map of my hiking to date.  To get a closer look at the sections discussed here, or any other part of my adventures, just zoom in as close as you care to.