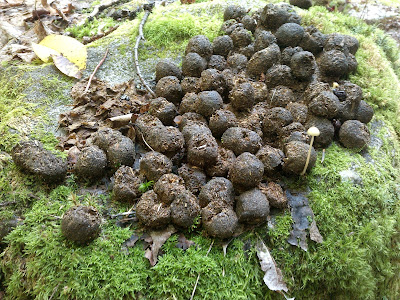 This was trail that clearly gets no respect.  It lies between the territory of the North Country Trail Hikers local chapter and the Peter Wolfe Chapter.  Neither club seems to claim it or take responsibility.  It's mostly road walking.  Okay - I can handle a day or two of road walking, right?A bit boring - no surprises, just agitating the gravel hour after hour.  At least that's what I told myself as I set out.

Was I ever "full of it".  More precisely I was wading knee deep in the sh*t. 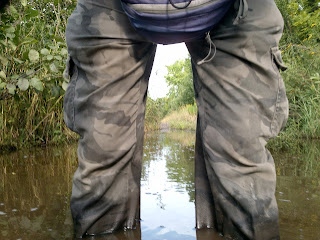 Water, that is.  Old US 41 has a sturdy old concrete bridge over the Sturgeon River, 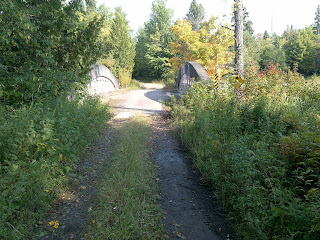 but since they built the new highway, this old road is very seldom used.  And the reason is this knee-deep mud pit.  It's engine-drowning deep with no way around it. 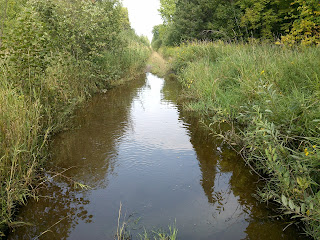 It took two days of hiking to get through this Pile-o-Shite trail segment.  With a day off tacked on, that meant three hats.  Right at the start the crap hit the fan when Hat 75 and I met these signs as we turned off US 41 (the paved and mud-pit free current version). 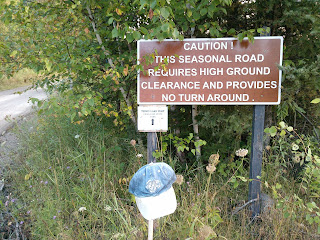 The only way to get to Craig Lake State Park is via one of two 'high clearance' roads.  It's billed as the most remote of Michigan's State Parks, and that's no bullsh ... no pile of moose marbles.  My high-clearance legs handled the road just fine.

The footbridges on the Craig Lake circuit trail are better built than the roads. 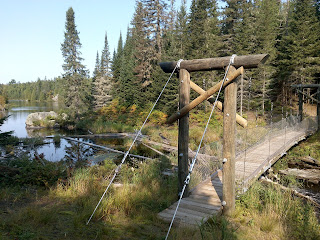 The bridge shown is not for the North Country Trail.  We got much less elaborate crossings, such as this one over the frisky Lake Elinor Outlet stream. 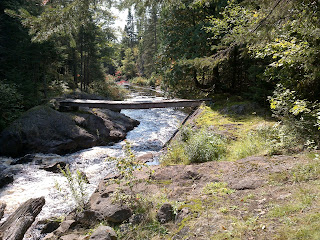 Hat 76 just sat on a rock, admiring how the color of the rock matched the fall wardrobe of the nearby ferns 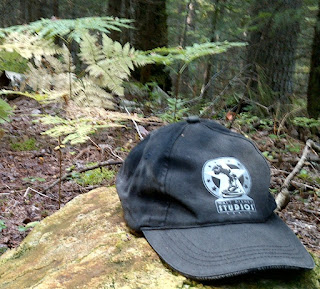 Hat 77 was impressed that one could purchase this vast peat bog. 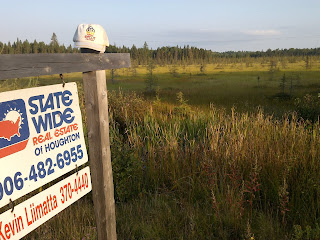 It really was a pretty bog. 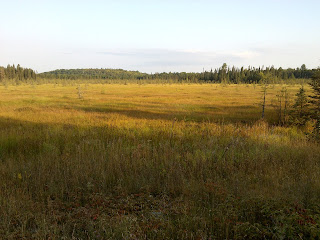 But what do you do with a square mile of bog?  Well, the moose probably love it.  Great fodder for making more marbles.

Here are the GPS Tracks for my two days in limbo. 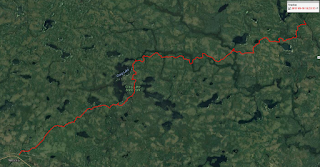 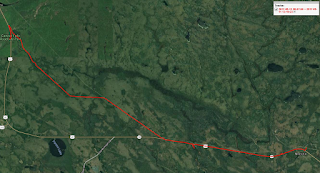