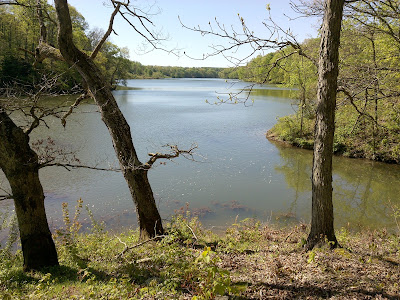 Monday I had some payoff for the considerable road walking I've been doing--three miles of pure wild woodland hiking along the west side of Wolf Run Lake. 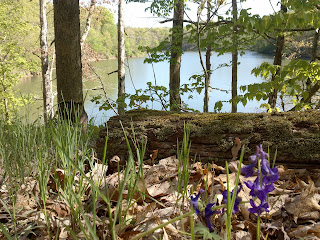 This was the kind of hiking I crave--evoking that sense of awe and wonder--the feeling that there is no place I would rather be, that I'm undeservedly blessed to be wandering these picturesque woods on such a perfect day.


The sky was crystal cerulean blue.  The temperature was cool, the humidity low, the breeze light.  Birds were singing and nesting and sharing the joy.  Wild flowers were gilding the landscape with color. 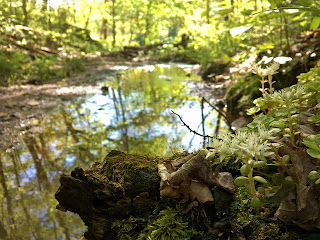 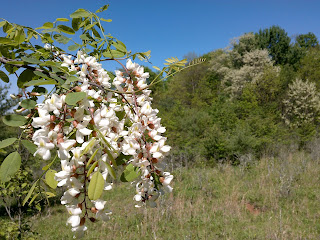 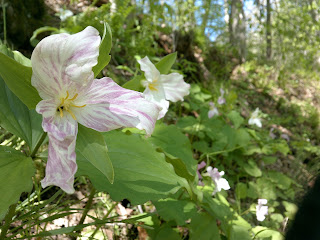 Once I left the lakeside I had another nice mile of walking a grassy path through savanna-like growth with a few larger trees lending character to the setting. 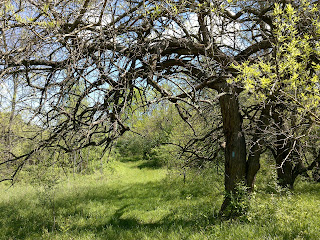 Then along the road walk I passed the wreck site of the USS Shenandoah--a gigantic Zeppelin Rigid airship, built and owned by the Navy, that broke up in a nasty thunderstorm on the night of September 3, 1925. 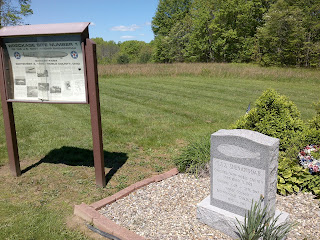 Rigid airships hold a special place in my heart.  My ancestral lineage on my father's mother's mother's side (surname Bützow) is said to connect with Count von Zeppelin who founded the airship company.  We share a common ancestor in Mecklenburg, formerly part of East Germany, back in the twelfth century when families were first adopting surnames, often after their village of origin.  The little hamlet of Zepelin is just four miles outside the much larger town of Bützow.

That was my Monday hiking.  It was shortened by a serious brake problem with my van.  One of the calipers cracked and needed immediate replacement.  I was fortunate to be near a fine repair shop in Cambridge, Ohio, and made the appointment for the repair to be done Tuesday starting late in the morning.  So, after an even shorter hiking day Tuesday morning, I'm holed up in a motel awaiting the completion of the work.

Tuesday's sun rose clear and bright to reveal a heavy frost.  These goats didn't care much. 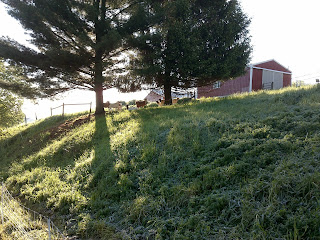 They were more interested in why I was trekking down their road.  I was walking the four miles of road between Wolf Run Lake and the start of a 25 mile uninterrupted woodland trail section in American Electric Power's re-creation lands--reclaimed strip mine property. 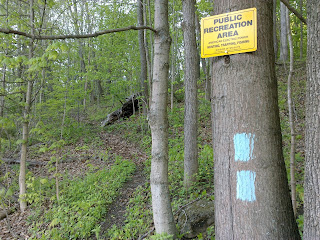 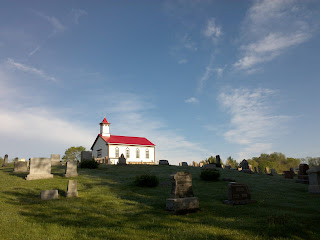 . . . and a gravel road that they just coated with fresh, wet, gloppy tar.  The fenders of the poor vehicles that used that road were hopelessly covered with splattered tar.

Here are the two GPS tracks for Monday and Tuesday, presented both as static screen shots and as interactive maps. 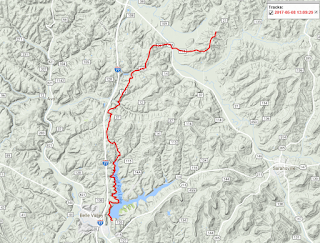 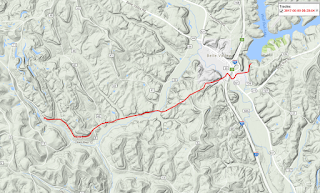 
I'm optimistic that the brake repair will be done by late this afternoon and that I'll be able to bask in all-day joy amid Wednesday's forecast beautiful weather - sunny and in the upper 60's F.
Posted by PJ Wetzel at 10:37 AM