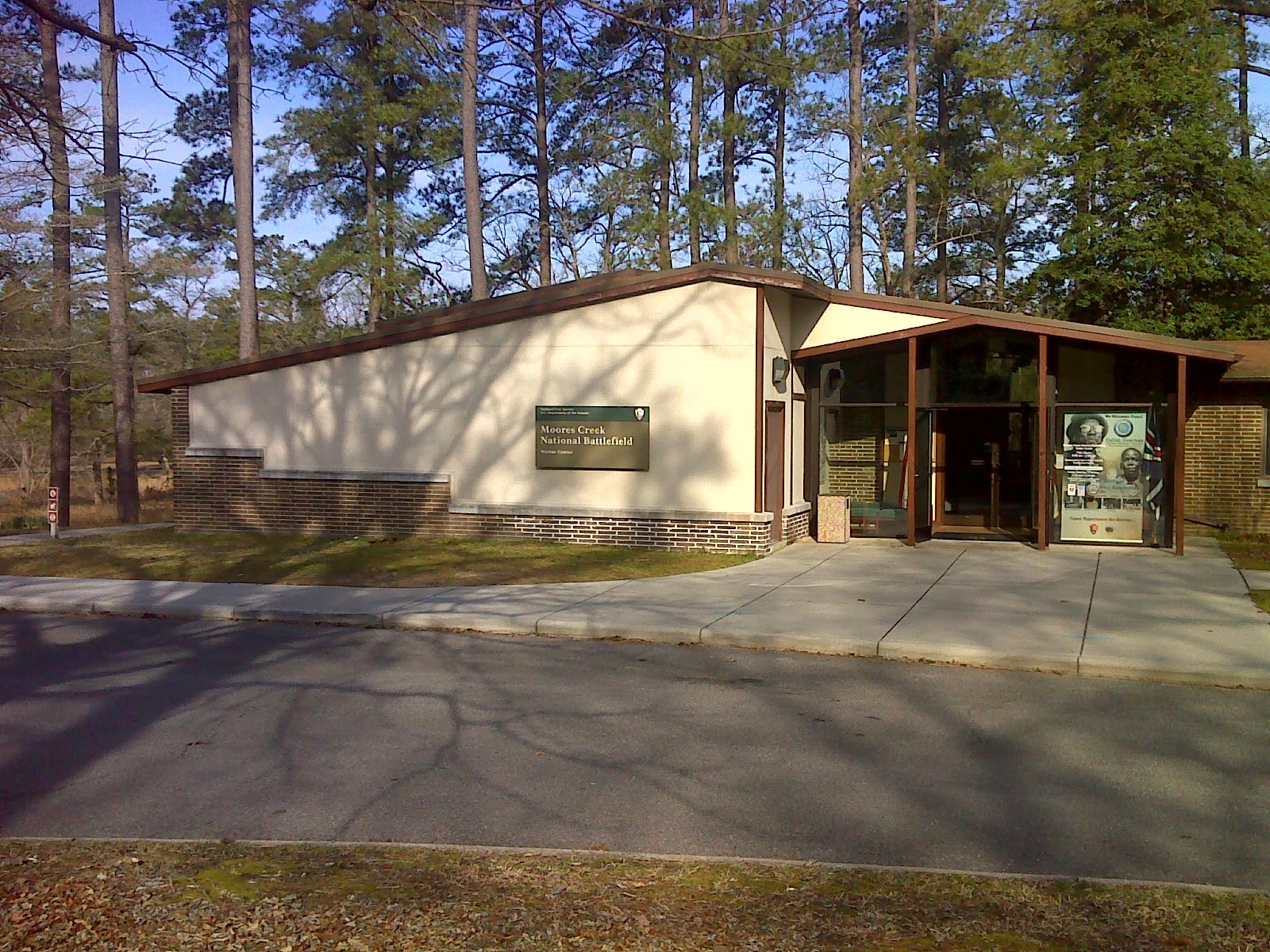 Following along NC highway 210, the Mountains-to-Sea Trail passes the little known unit of the National Park System known as Moores Creek National Battlefield.  The park commemorates a Revolutionary War battle that took place on Feb. 27, 1776, but there's much more to this little 87 acre gem of a park.  And there is a one mile loop through it, partly on their self-guided trails, that is not to be missed.  Because there is a way to return to NC 210 about 1/7 mile down from the main entrance, I've chosen to include this wonderfully varied loop as part of 'my' Mountains-to-Sea Trail route.

Features that the loop pass include a 1/7 mile boardwalk through cypress wetlands across the creek, 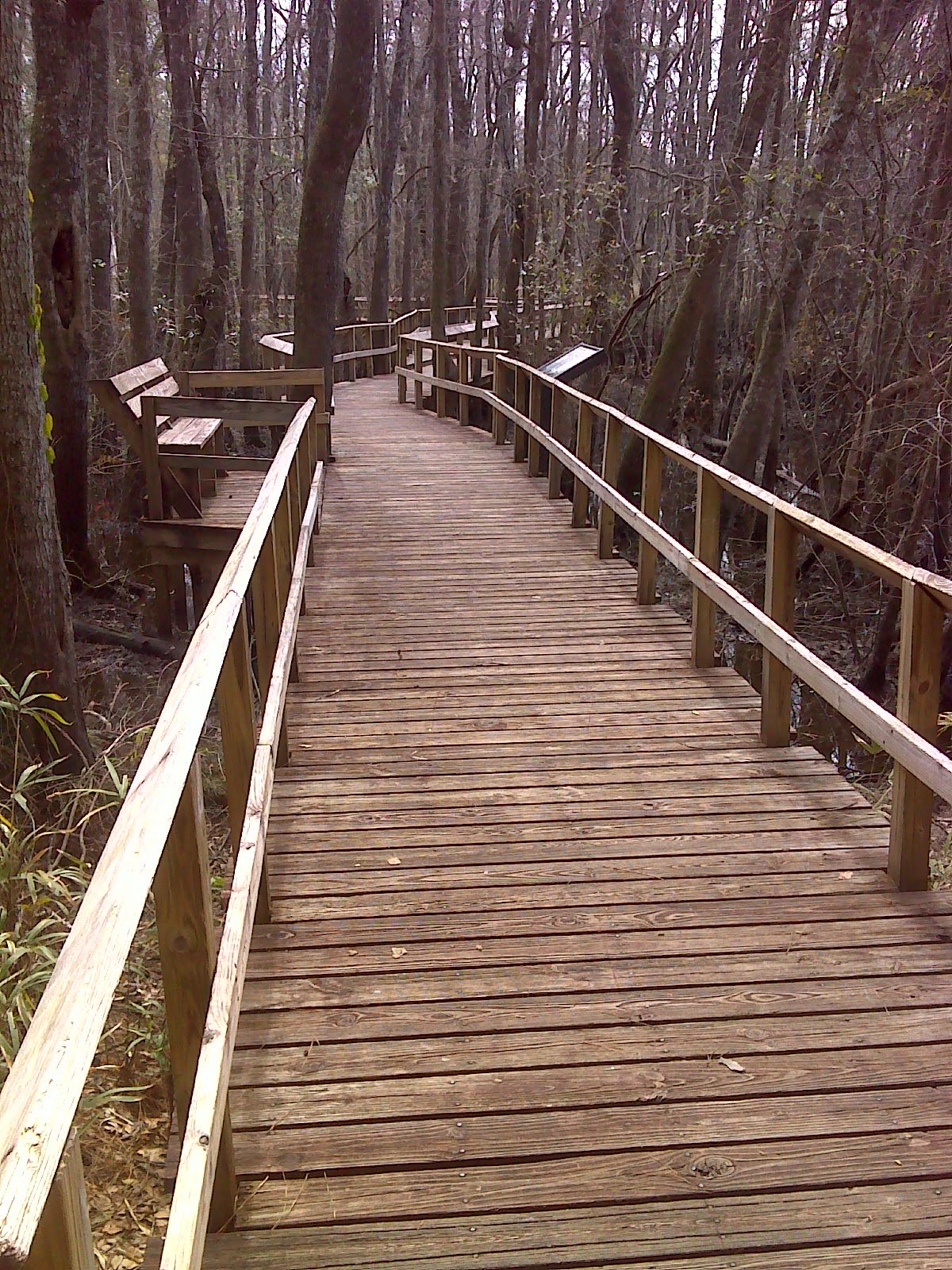 a handful of old granite monuments, 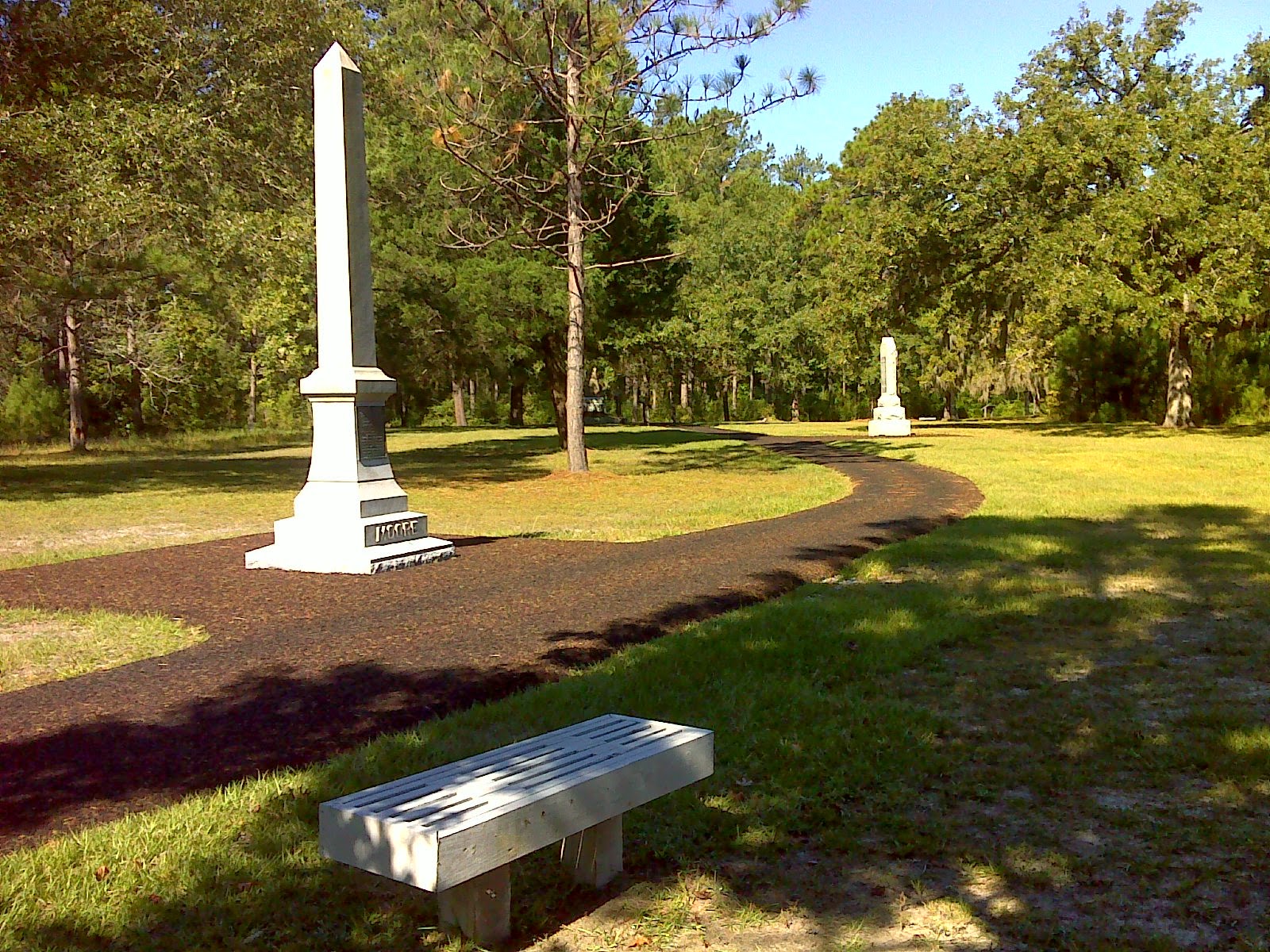 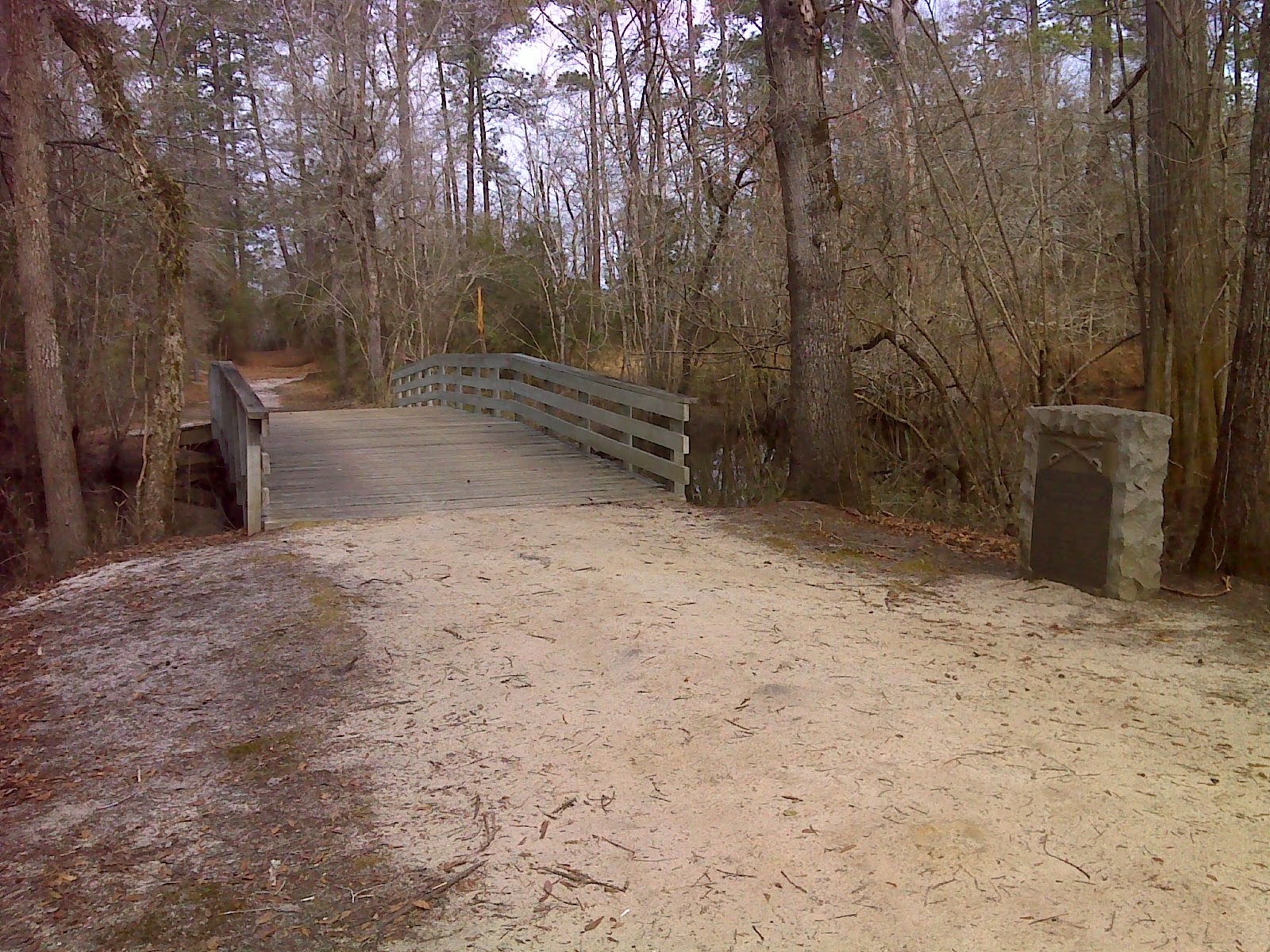 and reconstructed defensive earthworks.  Long sections of this route are on 'Rubber Trail' where a pavement made of shredded automobile tires offers surprisingly soft and spongy yet solid footing. 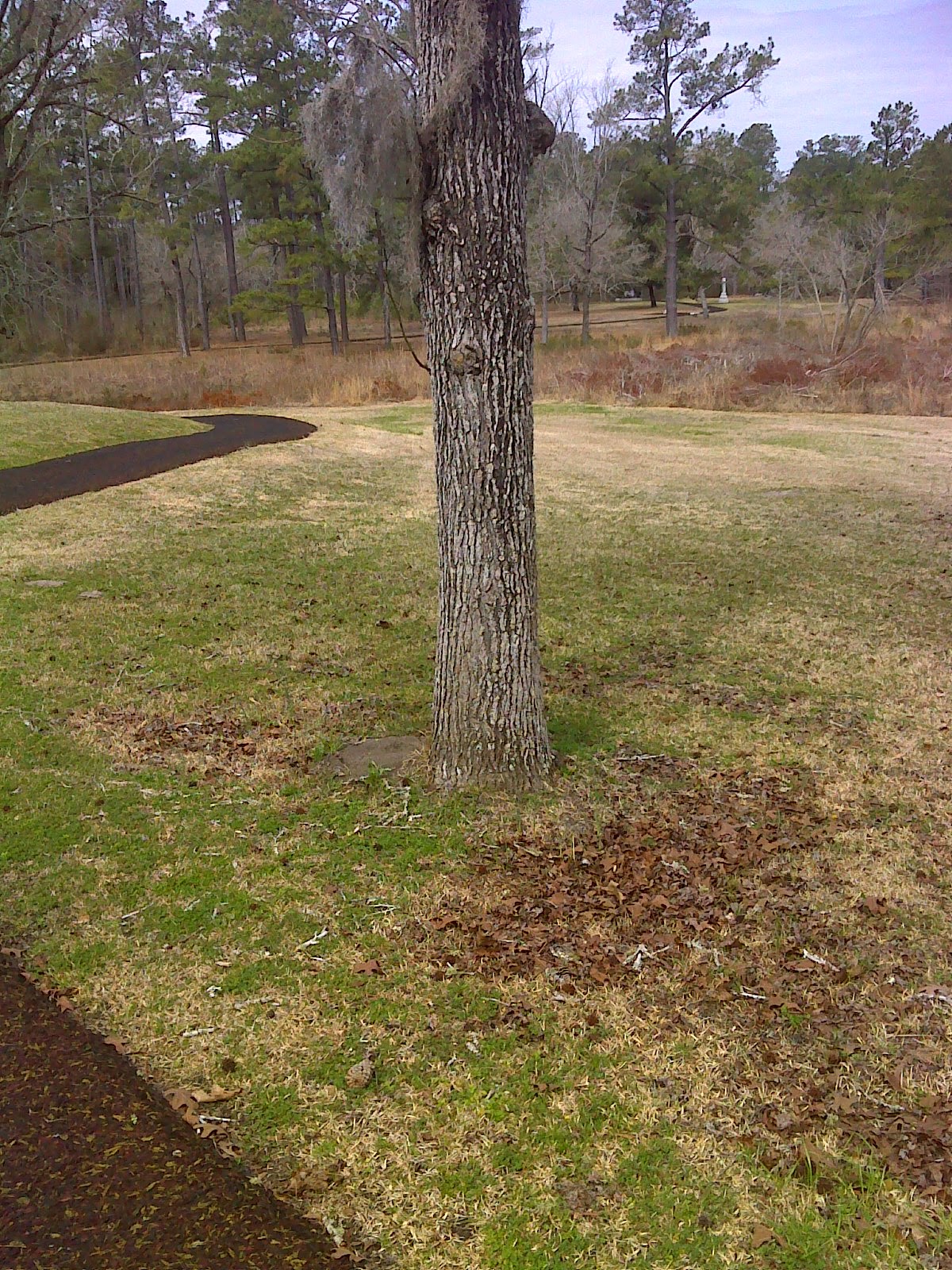 Other parts of the trail are asphalt, and the part that takes the MST back out to the highway is ordinary grass/dirt trail through the woods, coming back to the highway along the park boundary trail. 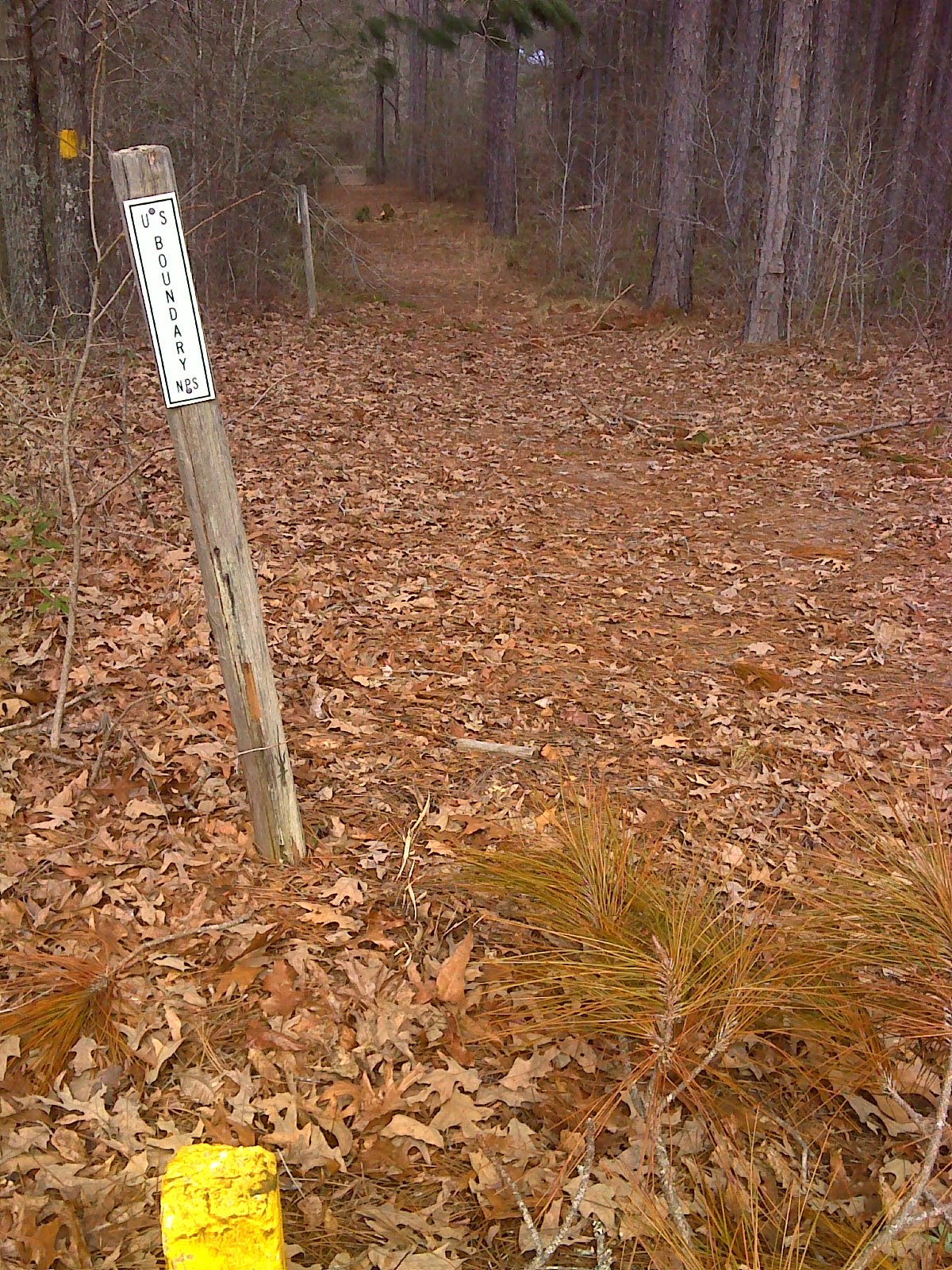 But for me the intriguing part of the route follows the 'Negro Head Point Road'. 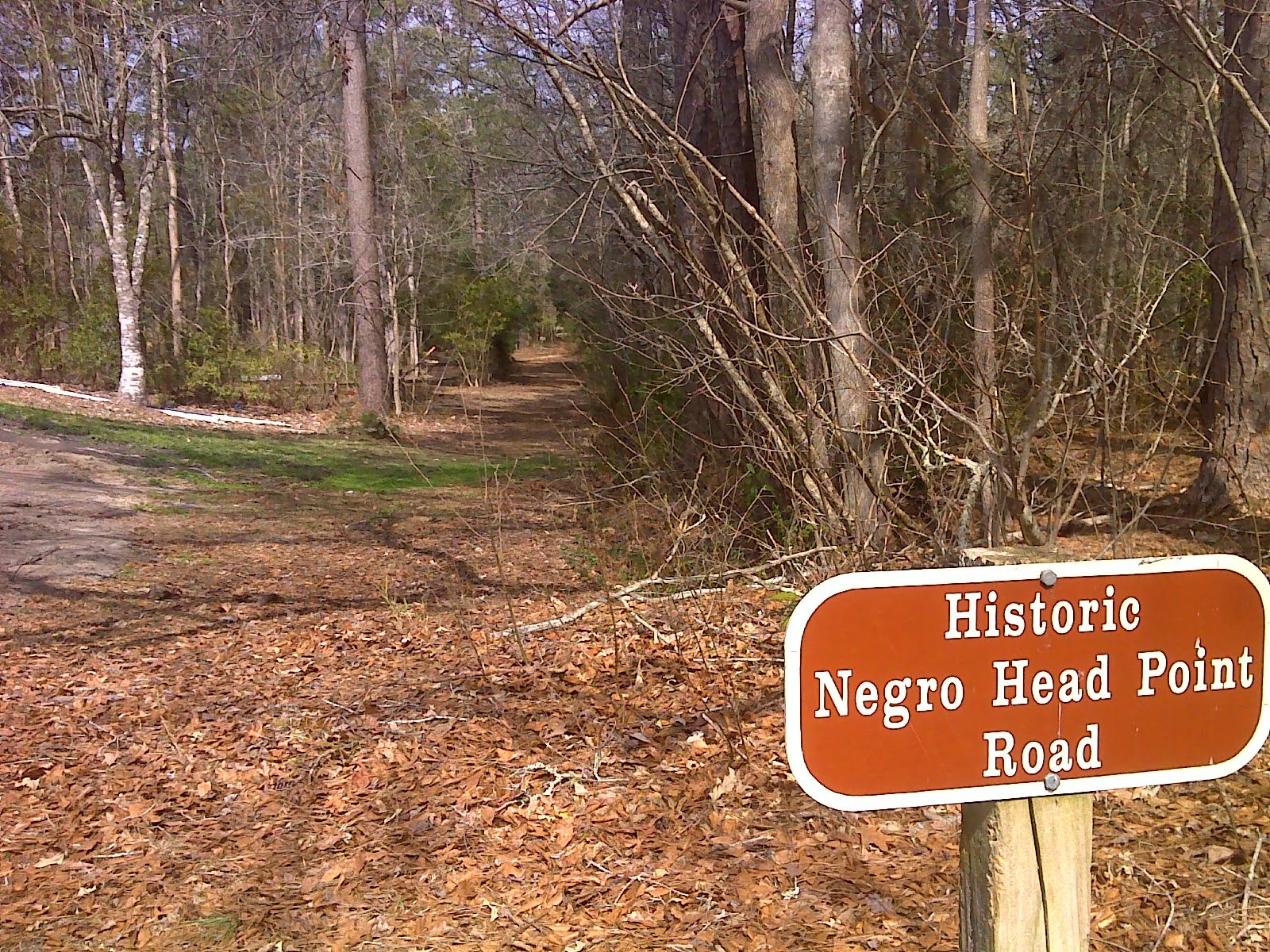 The restored section of this road, which dates from at least 1743, begins right beside the park entrance and plunges into the woods, leaving the maintained trail, just beyond the reconstructed bridge.

While in the park I tried to learn how the Negro Head Point Road got its name, and to learn more about it beyond its role in the 1776 battle, but could find nothing until I got home and checked the internet.  There the Park Service provides this informative document.  The road got its name from the point of land at the confluence of the Cape Fear River with the NE Cape Fear River down near Wilmington, NC where there were 'holding pens' for newly imported slaves.

Also included in this hike report is the road walk from Burgaw, first along quiet Piney Woods Road, where I got this 'sky shot', 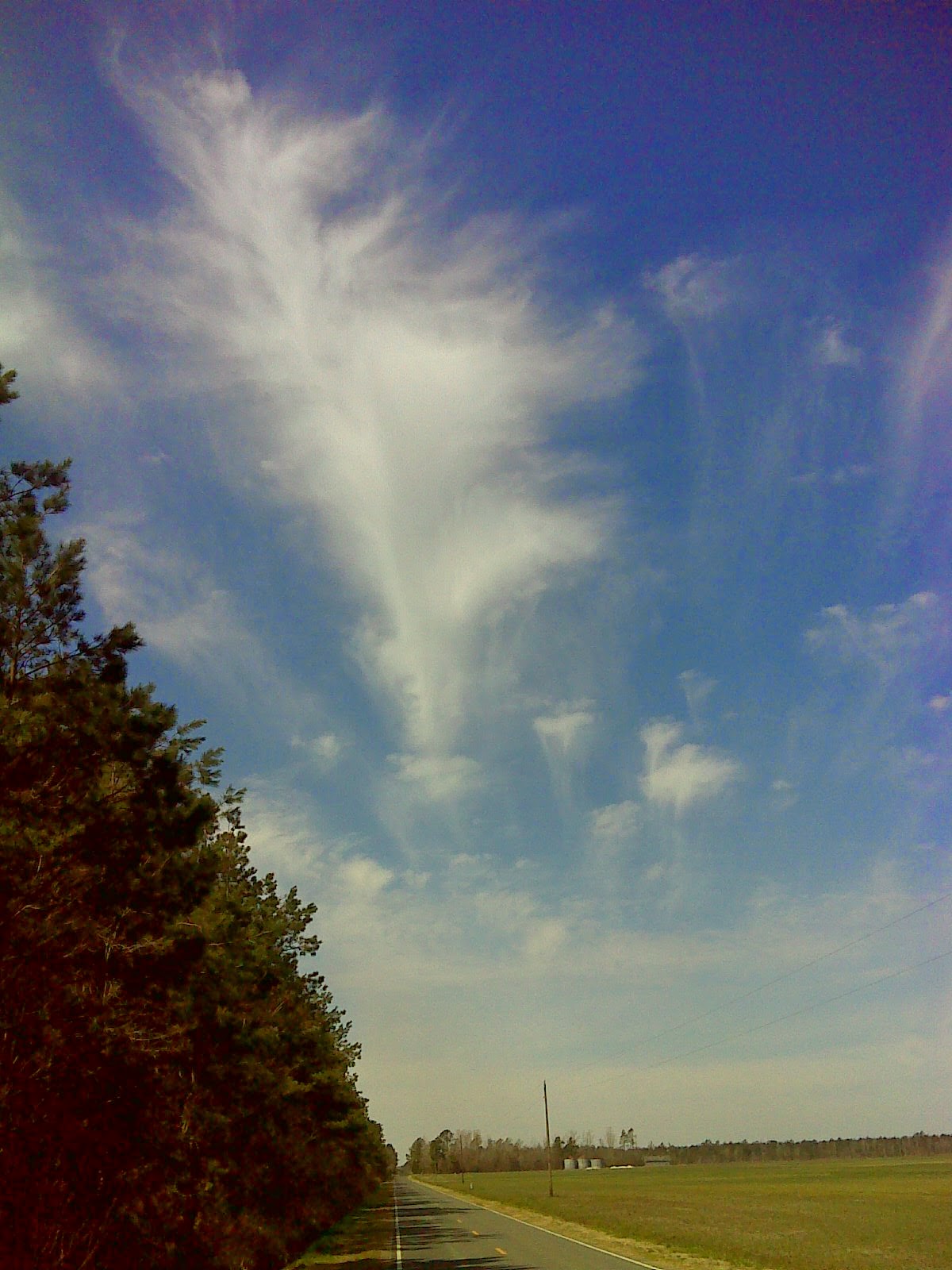 and then along 'Bell and Williams Road', a fairly lightly traveled road named for the proprietors of an old Fertilizer outlet: 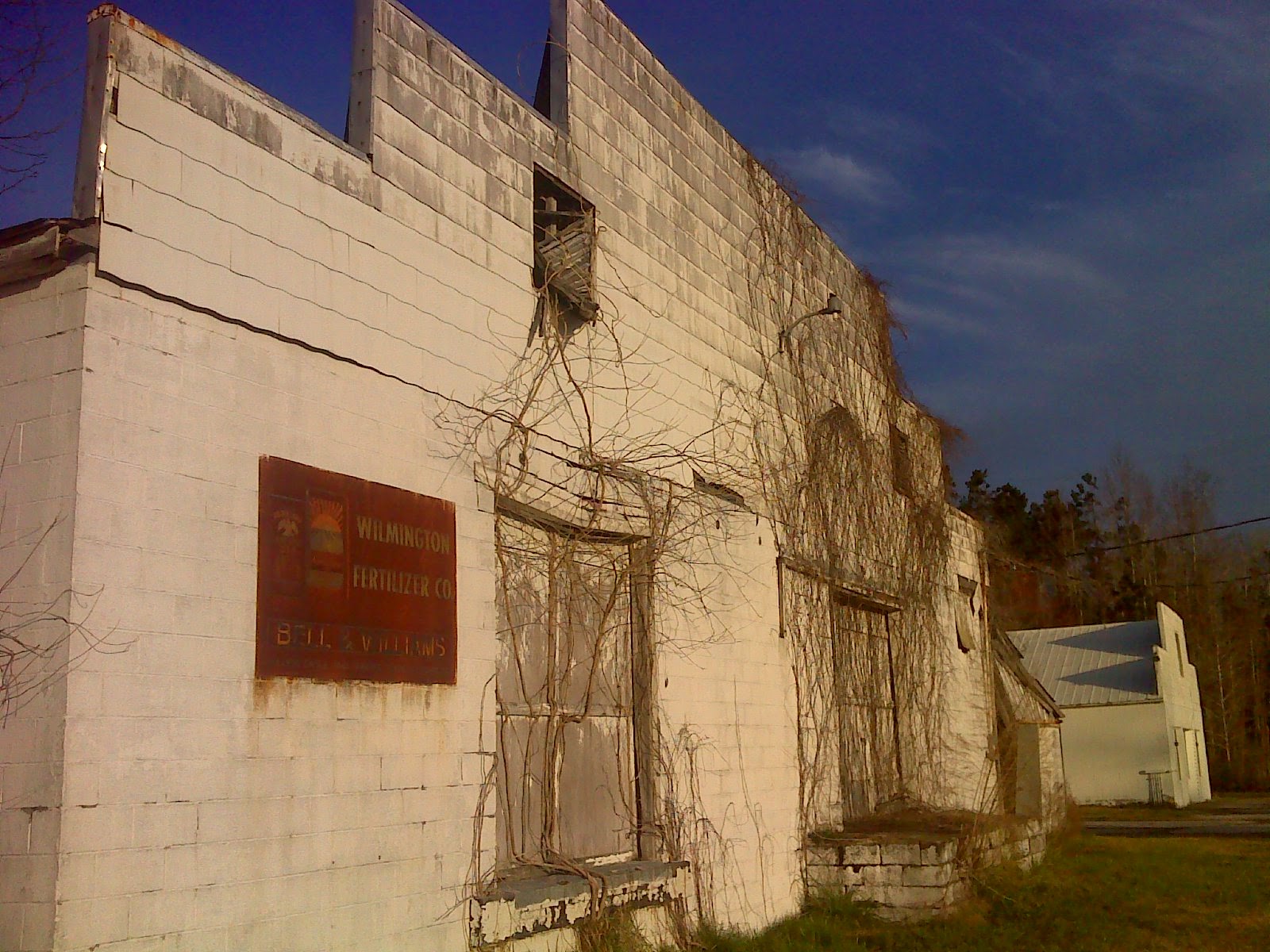 I took two days to hike and bike this piece of trail.  But, given that it's just a bit over seventeen miles, the seasoned trekker could easily reach the park from downtown Burgaw in a single hike.

Below is the map of the MST route from Burgaw to and through Moores Creek National Battlefield.  Included is a link to a complete slide show and more GPS info.