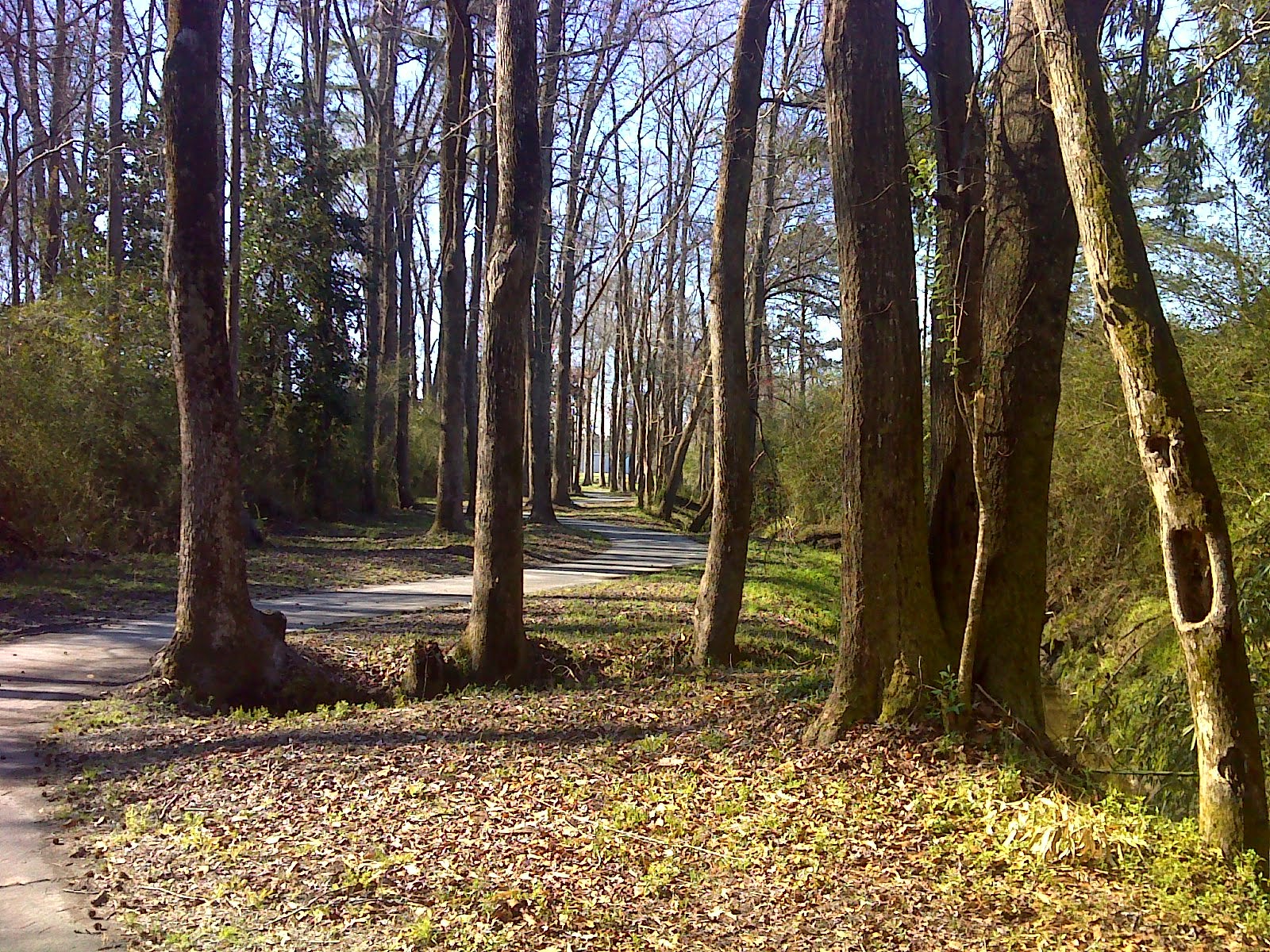 Burgaw, NC is the county seat for the wonderfully rural Pender County, home of Holly Shelter Game Land in the eastern part of the county and Moores Creek National Battlefield Park to the west.  This is to name just two highlights of Pender County that the Mountains-to-Sea Trail route visits.  My last report covered Holly Shelter, and the next will feature Moores Creek.

Appropriate for a county seat, Burgaw is centrally located between these two, and it's 2.6 mile circuit, which follows the ditch-stream called the Osgood Canal along the east side of downtown, shown above. Here are a few more views of the often wooded walk along the Canal: 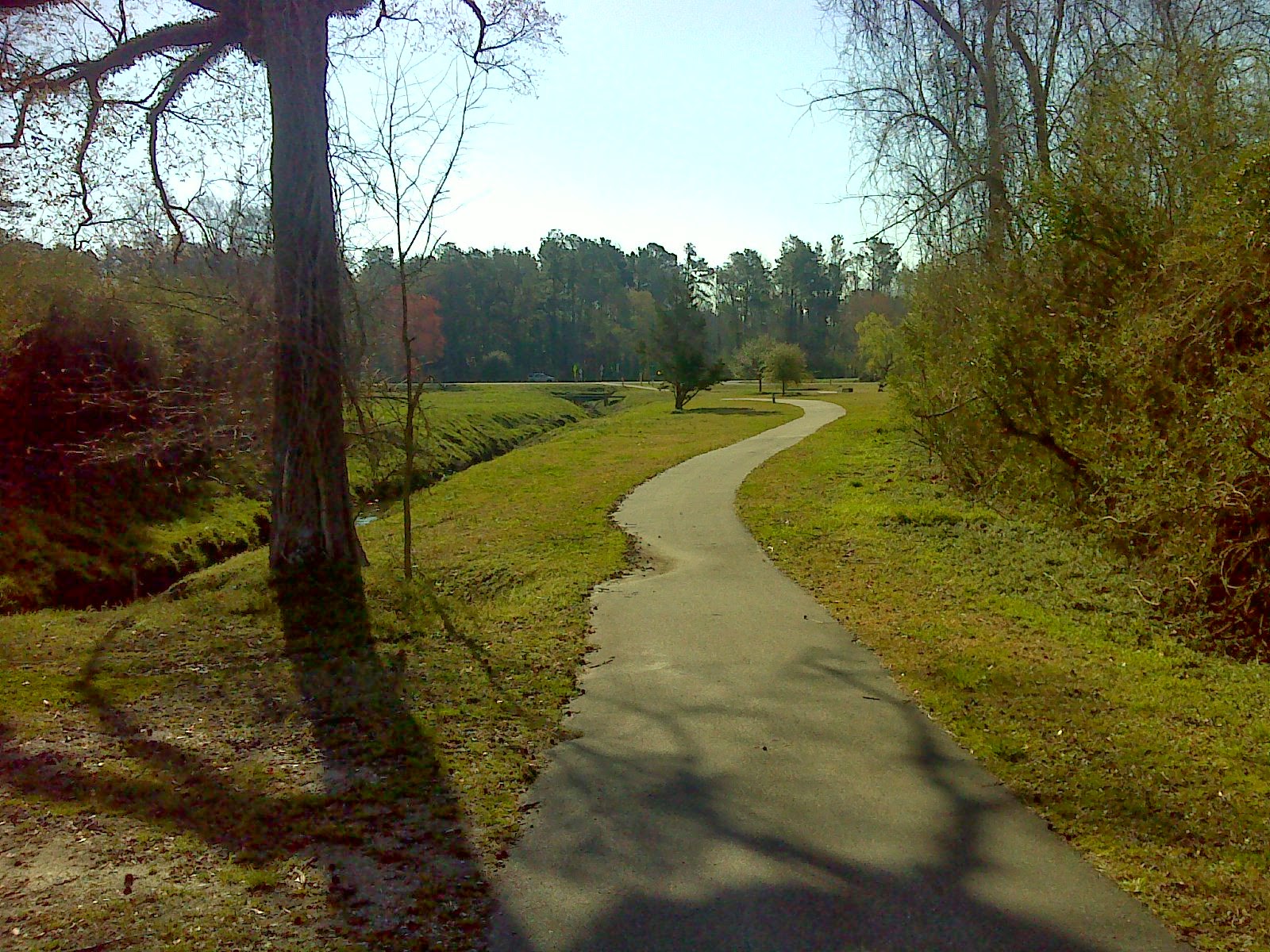 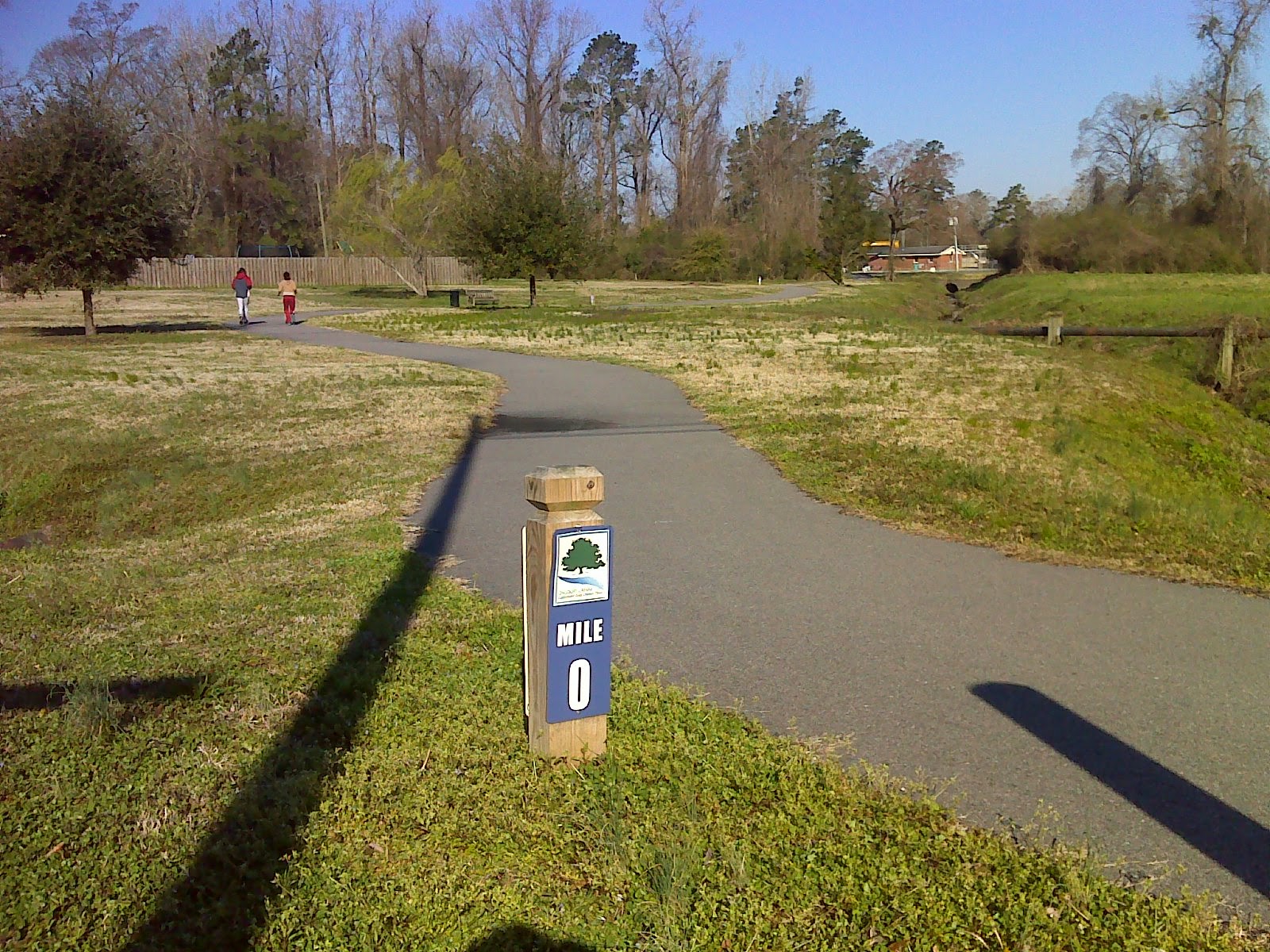 The return to Mile Zero along the west side of downtown follows historic Dickerson Street along the old, now-abandoned railway.  Here's the beautifully restored ca. 1850 Burgaw train depot: 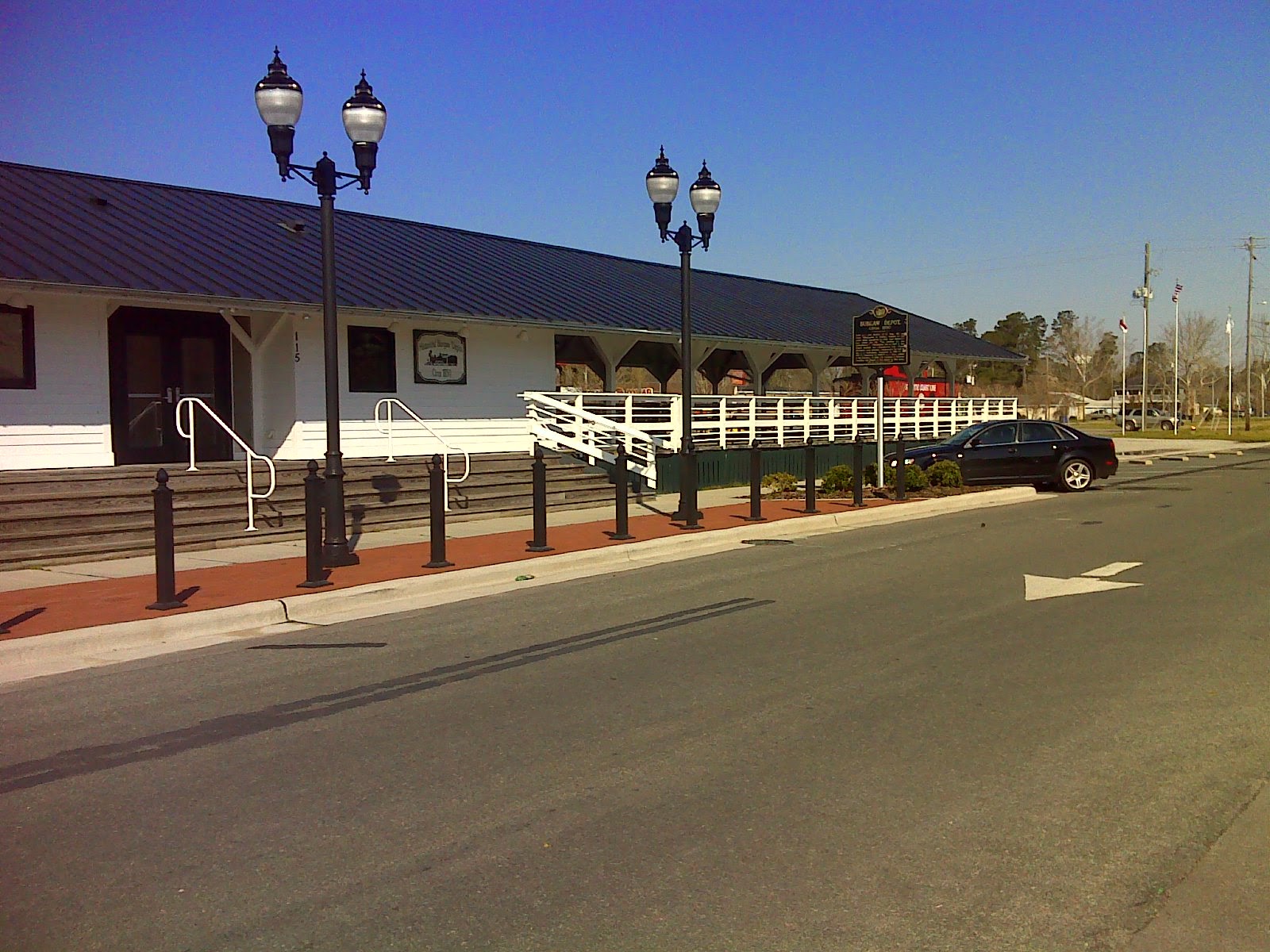 Getting to Burgaw from Holly Shelter involves road walking, but much of this is on a route that is so lightly traveled that it's a wonder that these roads are paved and graded.  It's so peaceful here, that you can almost still hear the "putta-putta-putta" of a Model A as it pulls up here for a fill-up. 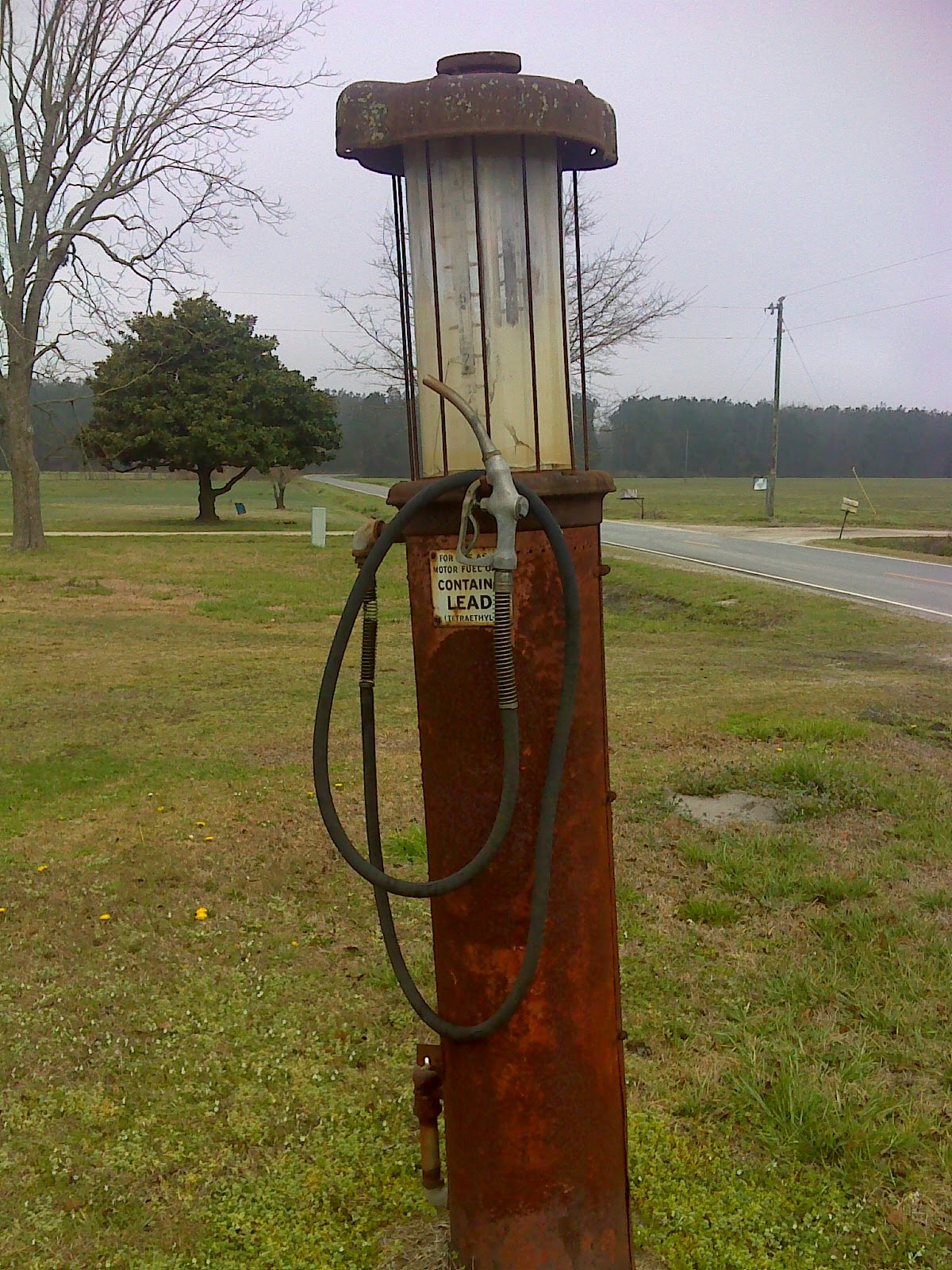 Croomsbridge Road, the site of the 'filling station' above, (which changes name to Camp Kirkwood Road) also takes the hiker past another vast tract of game land, called Angola Bay, 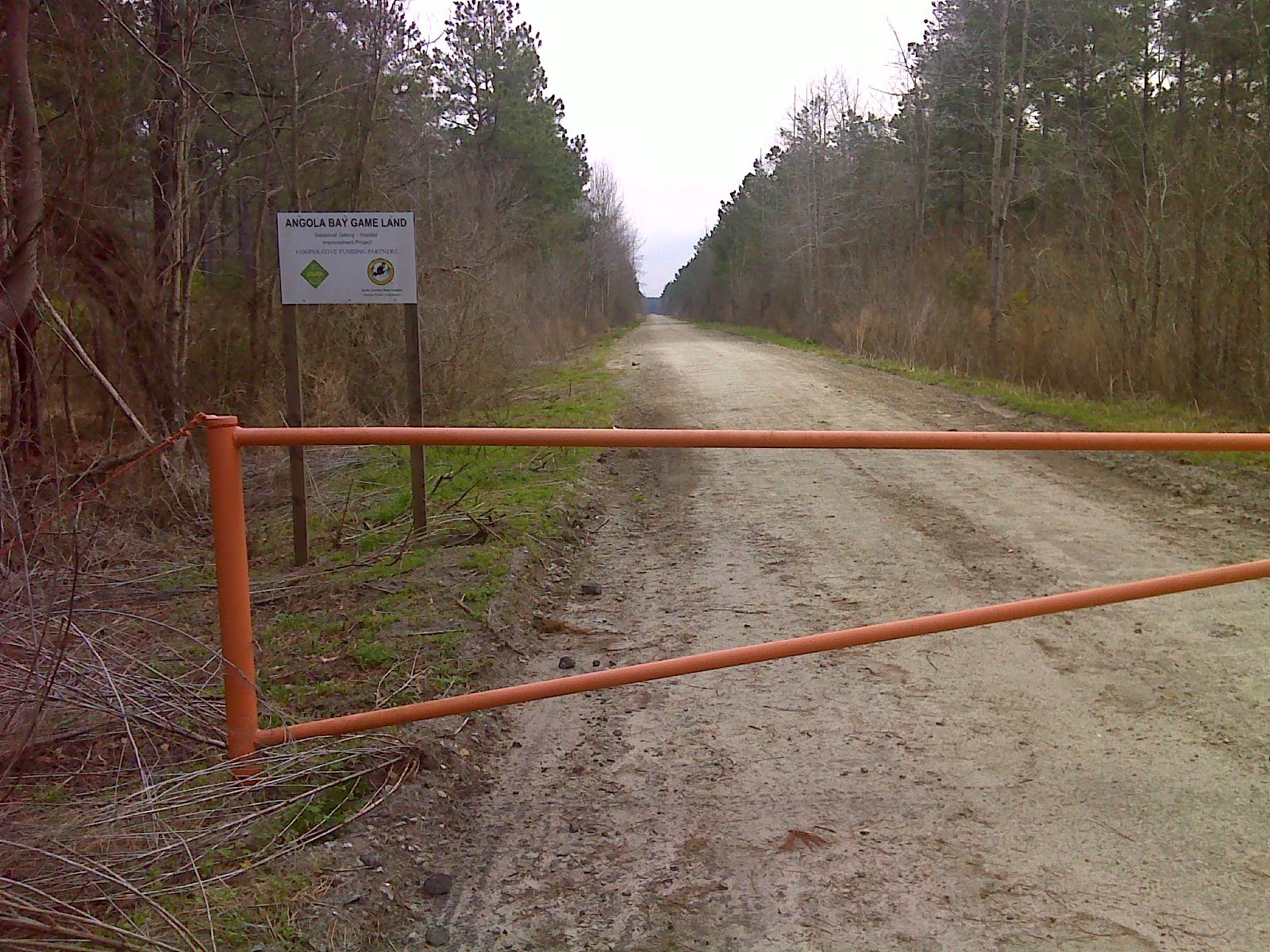 
and across the meandering, lazily flowing NE Cape Fear River. 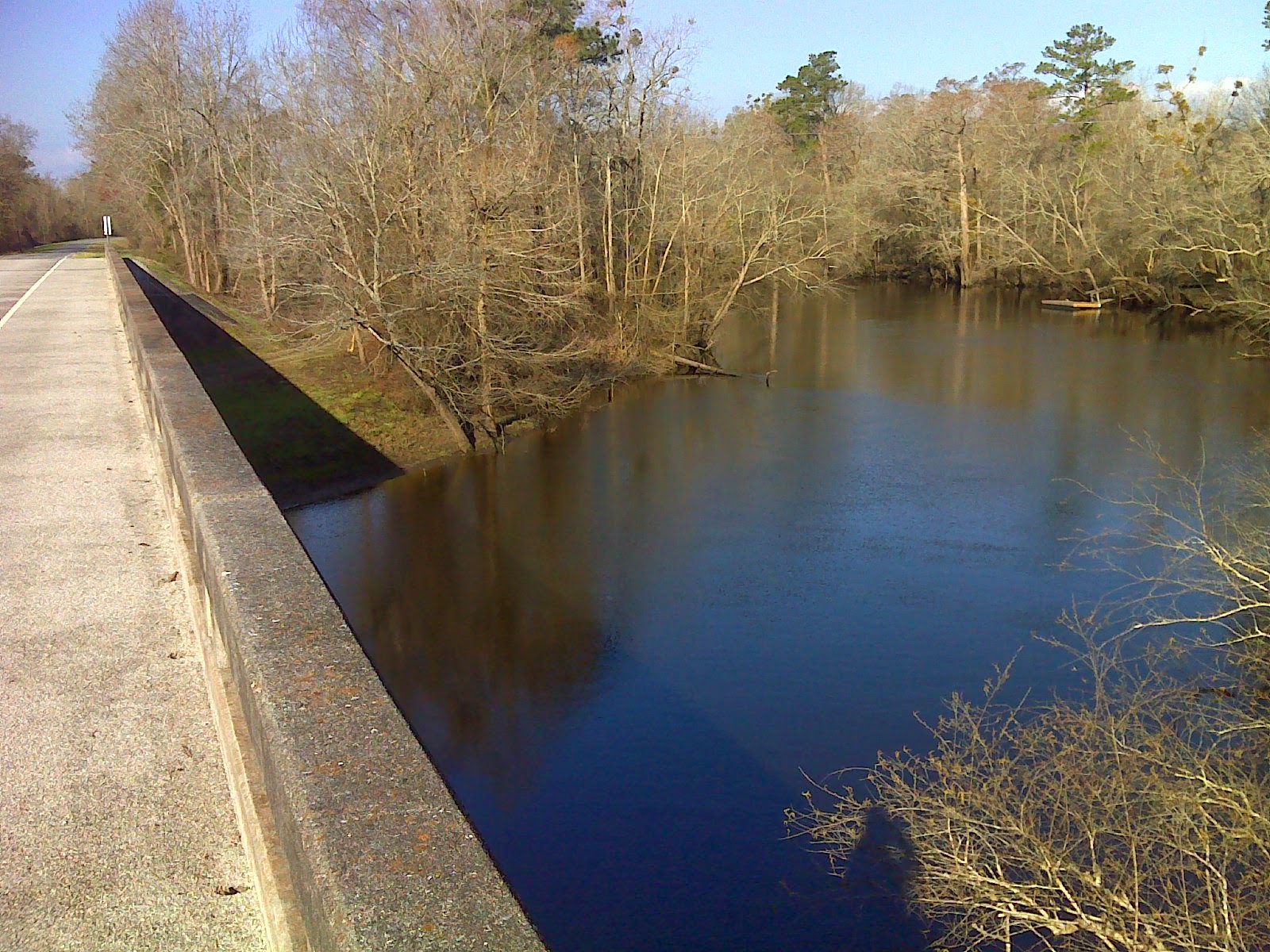 Westbound, the MST turns south at the tiny hamlet of Watha, famous for being a filming location for the 2008 movie 'The Secret Life of Bees', based on the novel of the same name by Sue Monk Kidd.  As best as I can figure, 'downtown' Watha consists of three churches and not many more houses.

There's an arrow-straight stretch of lightly traveled road that passes beside some of the flattest farmland this side of Kansas.  Here one finds several giant poultry/hog-raising farms.


And then you come quietly into Burgaw, reaching the Elementary School and the Osgood Canal Trail before you even realize you're in a town.  All in all, it's about as serene a rural venue as I've found so far in nearly 300 miles of trail.

Here is the GPS track-route for three days of hiking in and around Burgaw.  The link provides access to an extended slide show: