The hike to and through Stones Creek Game Land


It's tiny.  At under 3000 acres, Stones Creek Game Land is like a gleaming pearl engulfed in the great oyster that surrounds it: 160,000 acre Camp Lejeune Marine Corps Base.

To get to Stones Creek Game Land traveling trail-westbound via the Mountains-to-Sea Trail, the hiker spends hours paralleling the Live-fire combat training grounds that border on Dawson Cabin Road and High Hill Road: 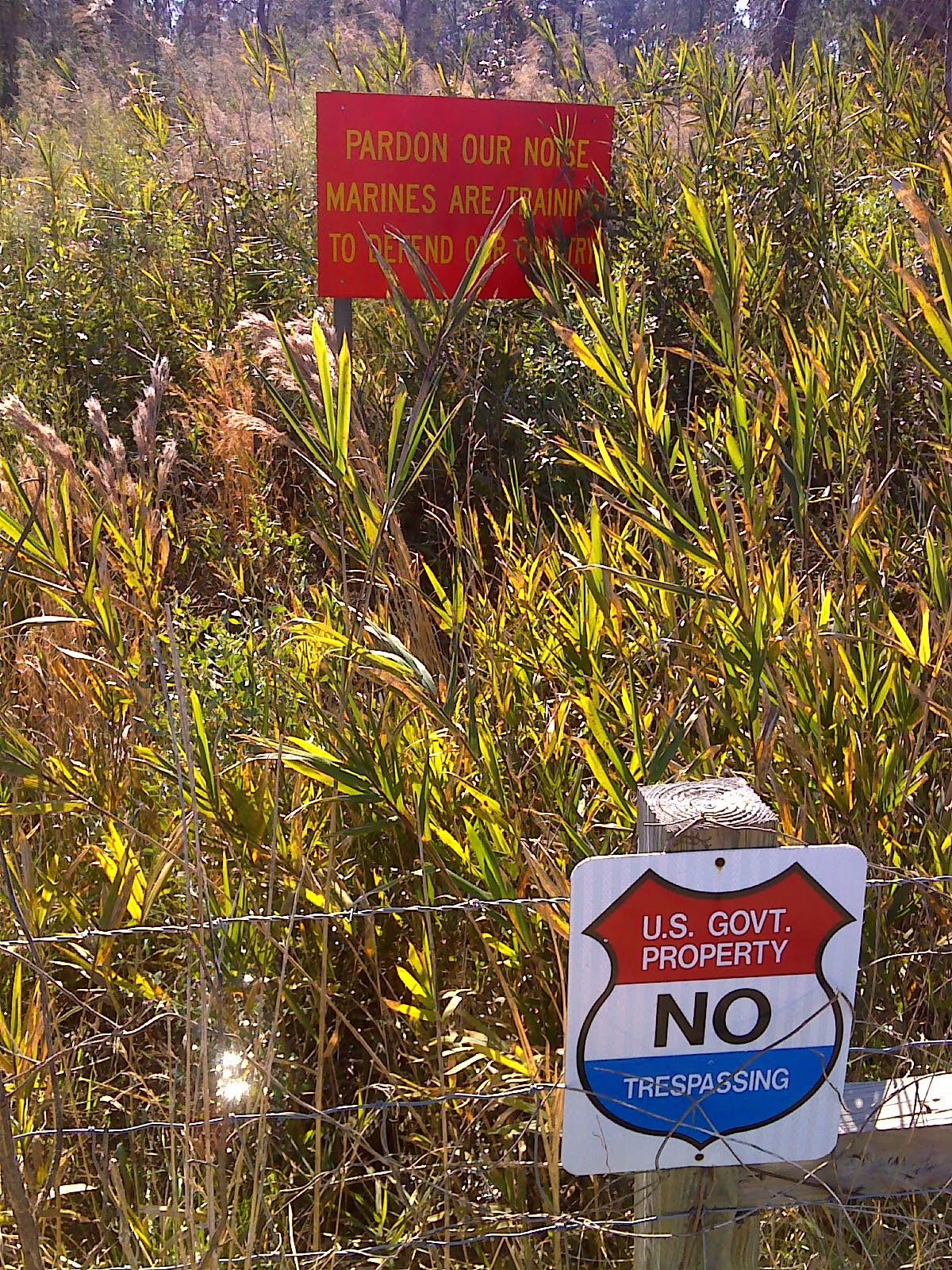 Then the trail plunges into a 4.6 mile corridor through the heart of the oyster: 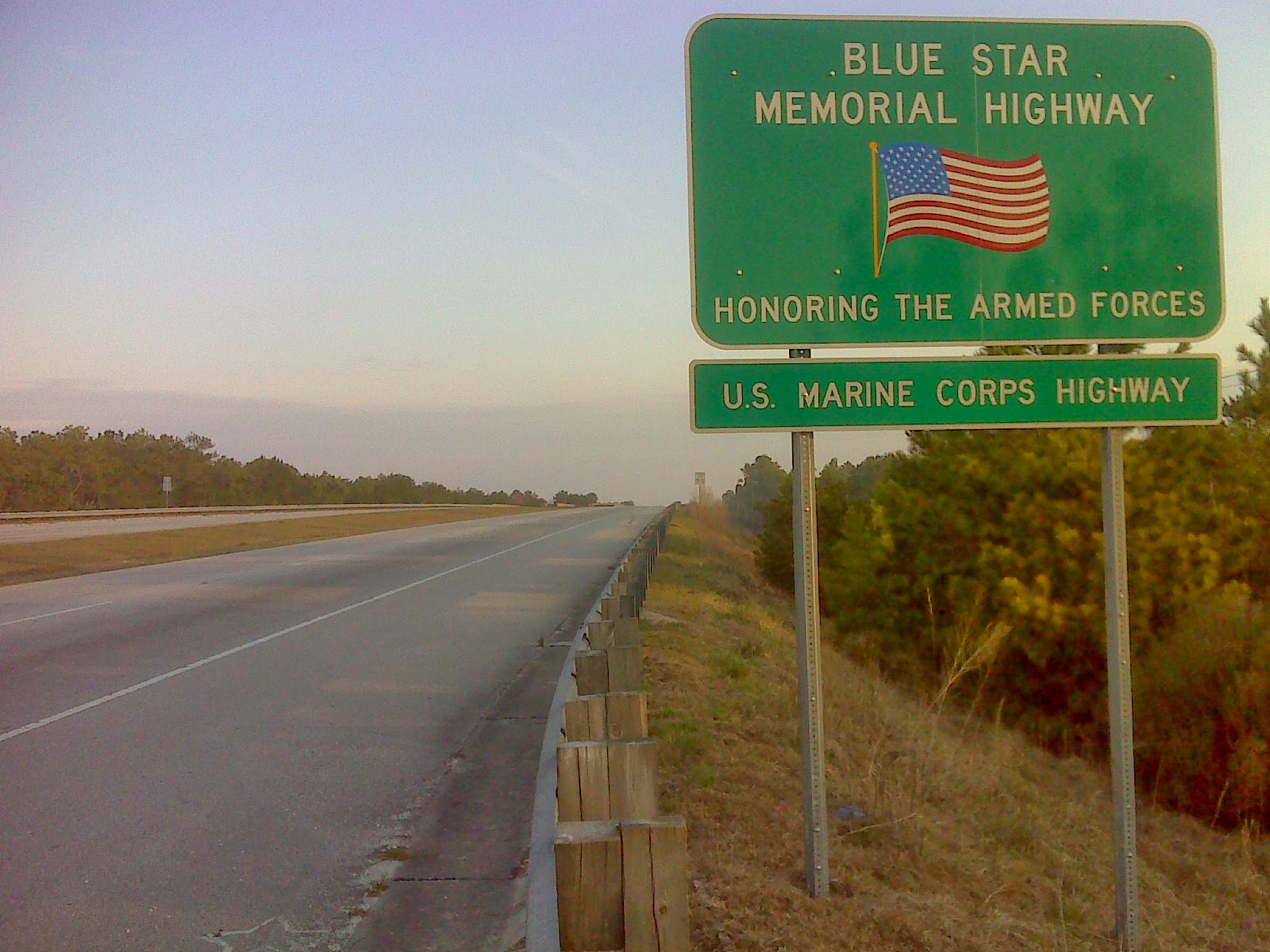 
Taking the pearl metaphor a bit farther: the luster of Stones Creek Game Land comes in the form of its variety.  There are seven man-made lakes (borrow pits for the building of the three bridges on US 17 just mentioned above) and a surprising variety of forest types, including wetlands (here's the minor ford where the MST crosses Stones Creek), 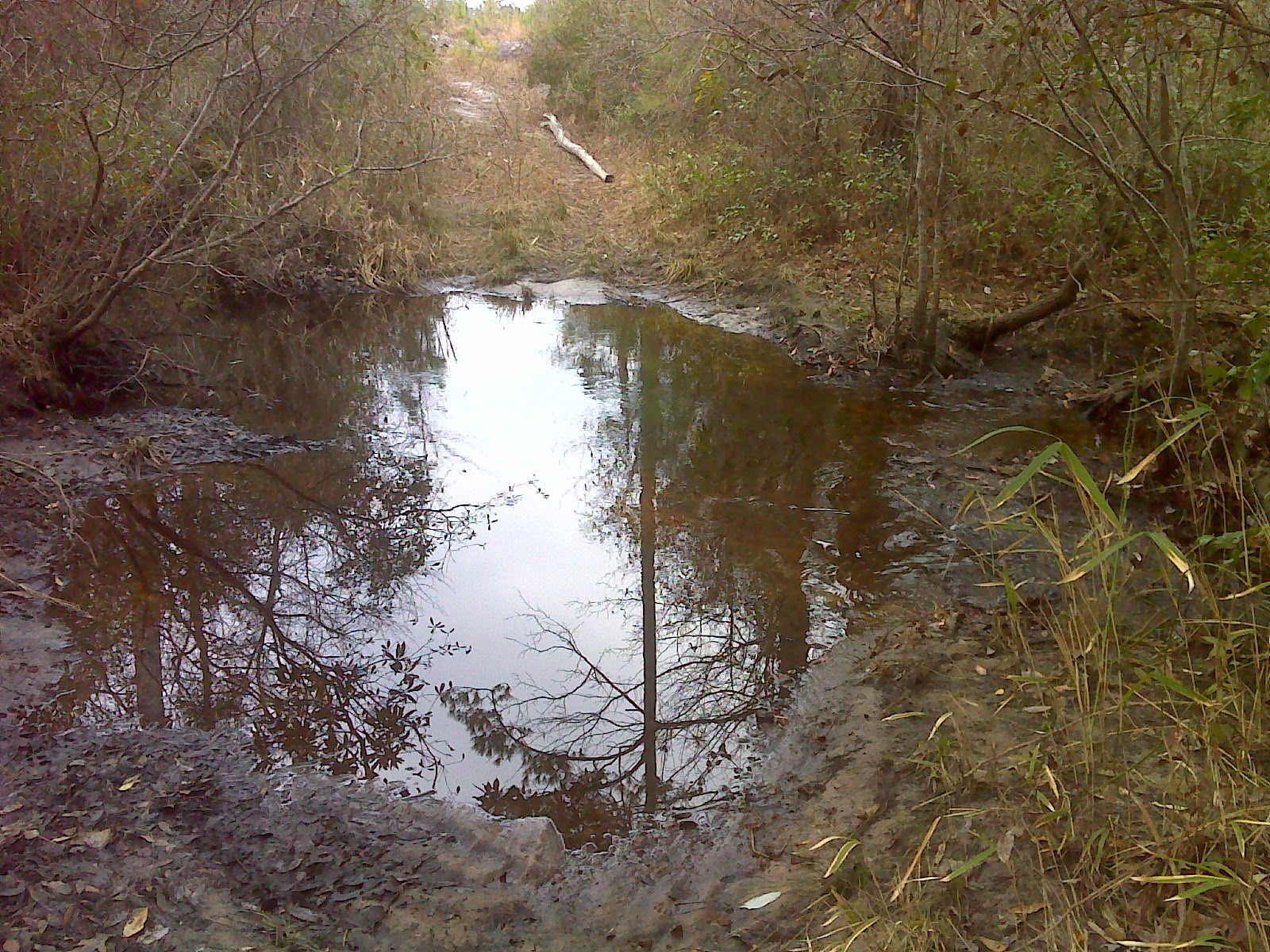 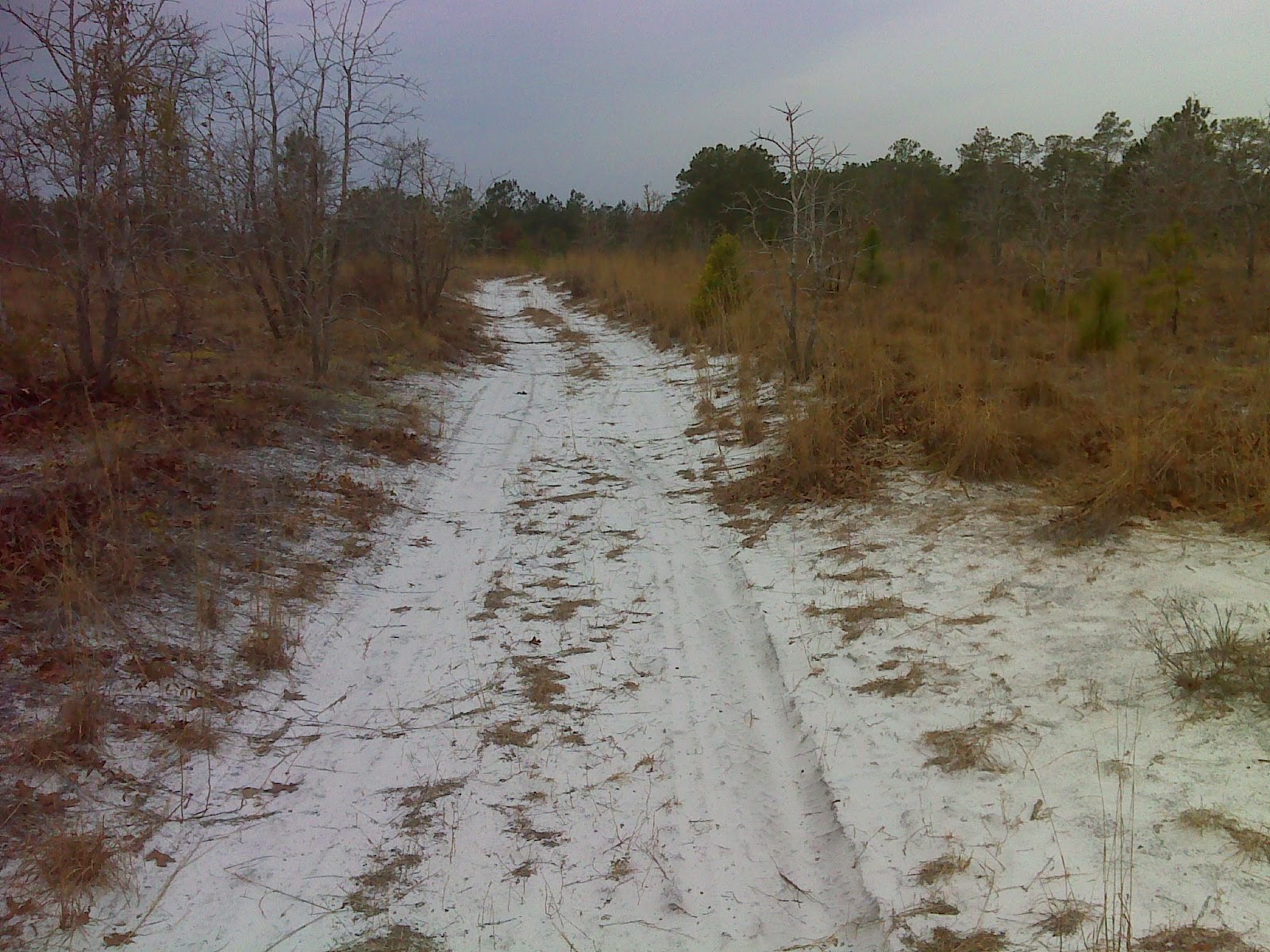 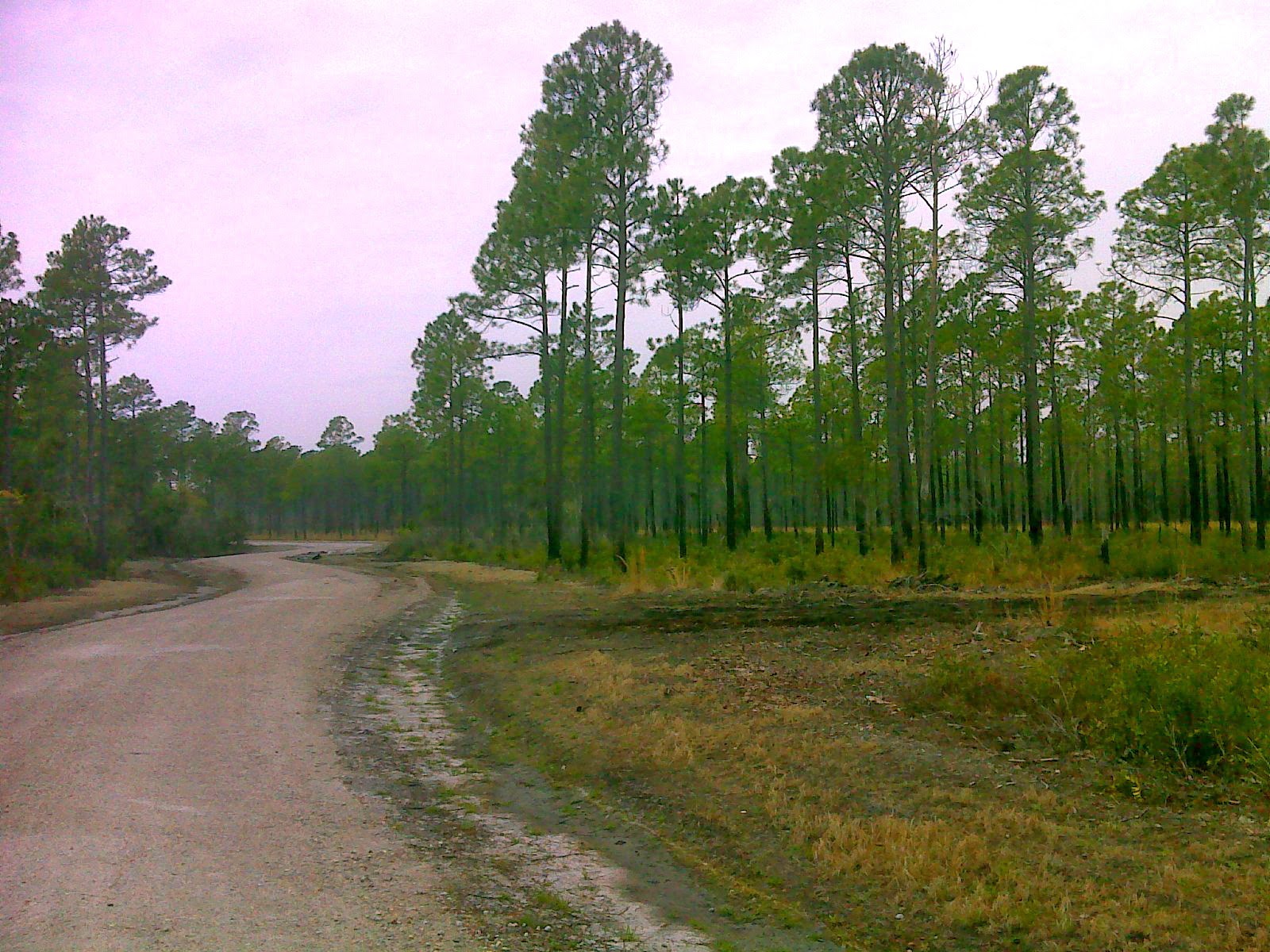 ... to large tracts of young woodland that is being restored.  Here's an example along the section of trail that sees very little traffic: 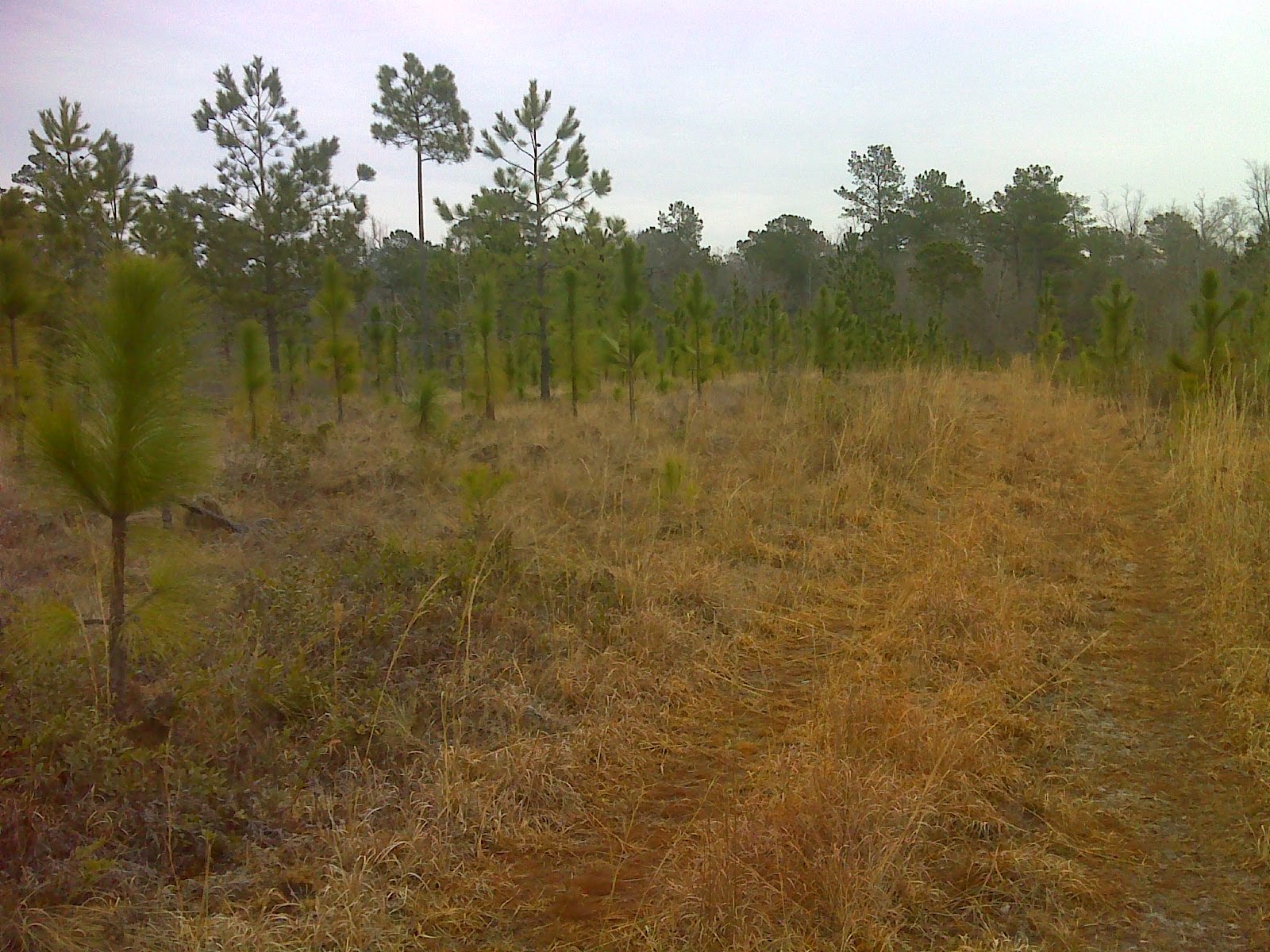 Though the seven lakes are man-made, they are unspoiled by other human trappings.  The trail route encounters only one of these lakes, but it's one of the two largest and most picturesque.  Here's a sampling of views the hiker will have of this lake, some taken on previous visits: 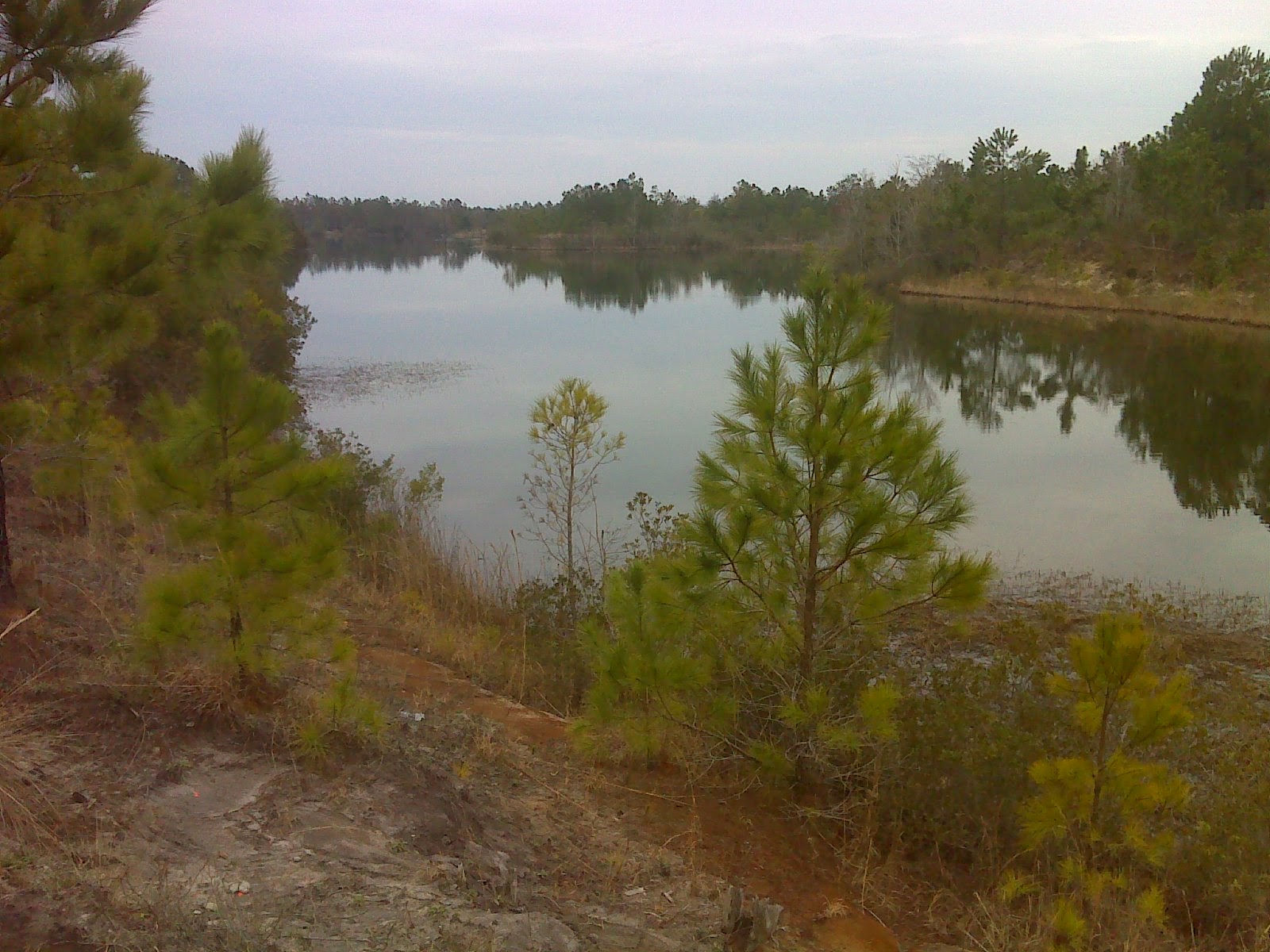 It's over all too soon.  But on either side of the Camp Lejeune - Stones Creek complex there are more interesting venues.  Next to come westbound is an 8 mile beach walk on Topsail Island - the final taste of the Sea.  Look for that report upcoming.  Back on the eastbound side, there's a magical place along Dawson Cabin Road with a pretty fishing pond on one side of the road,


And another proud standing specimen tree beside a small private cemetery on the other,


This latter tree was the subject of a photo taken in February 2013 that was one of the finalists in last year's Friends of the Mountains-to-Sea Trail photo contest: 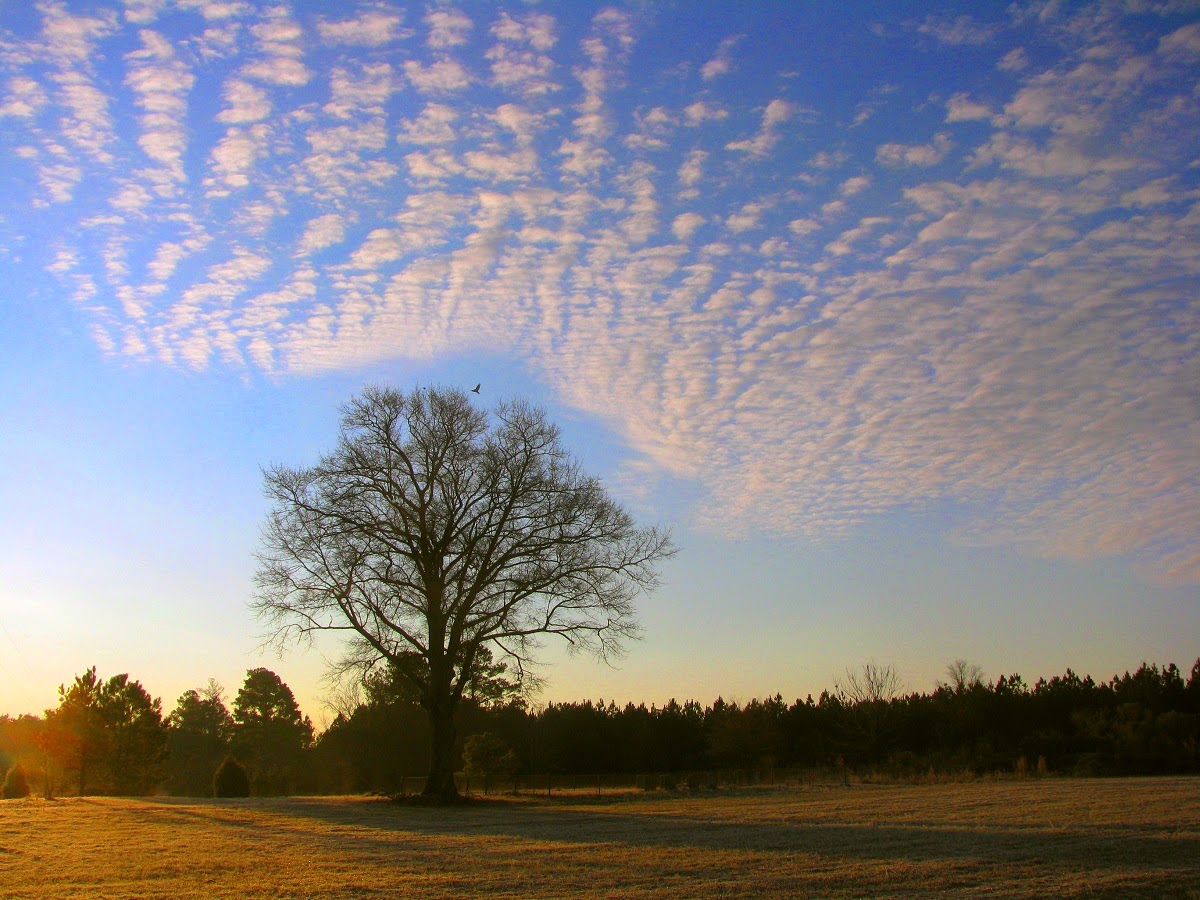 Yep, for me a good sky can make any scene better.  So for a little variety I'll end the account of this hike with an industrial scene.  Along US 17, wedged between Stones Creek Game Land and Camp Lejeune, is a large Onslow County Water treatment facility.  I passed it at sunrise, and through all the industrial clutter, the sky stole the show.  In the eye of this beholder, there was beauty even here. 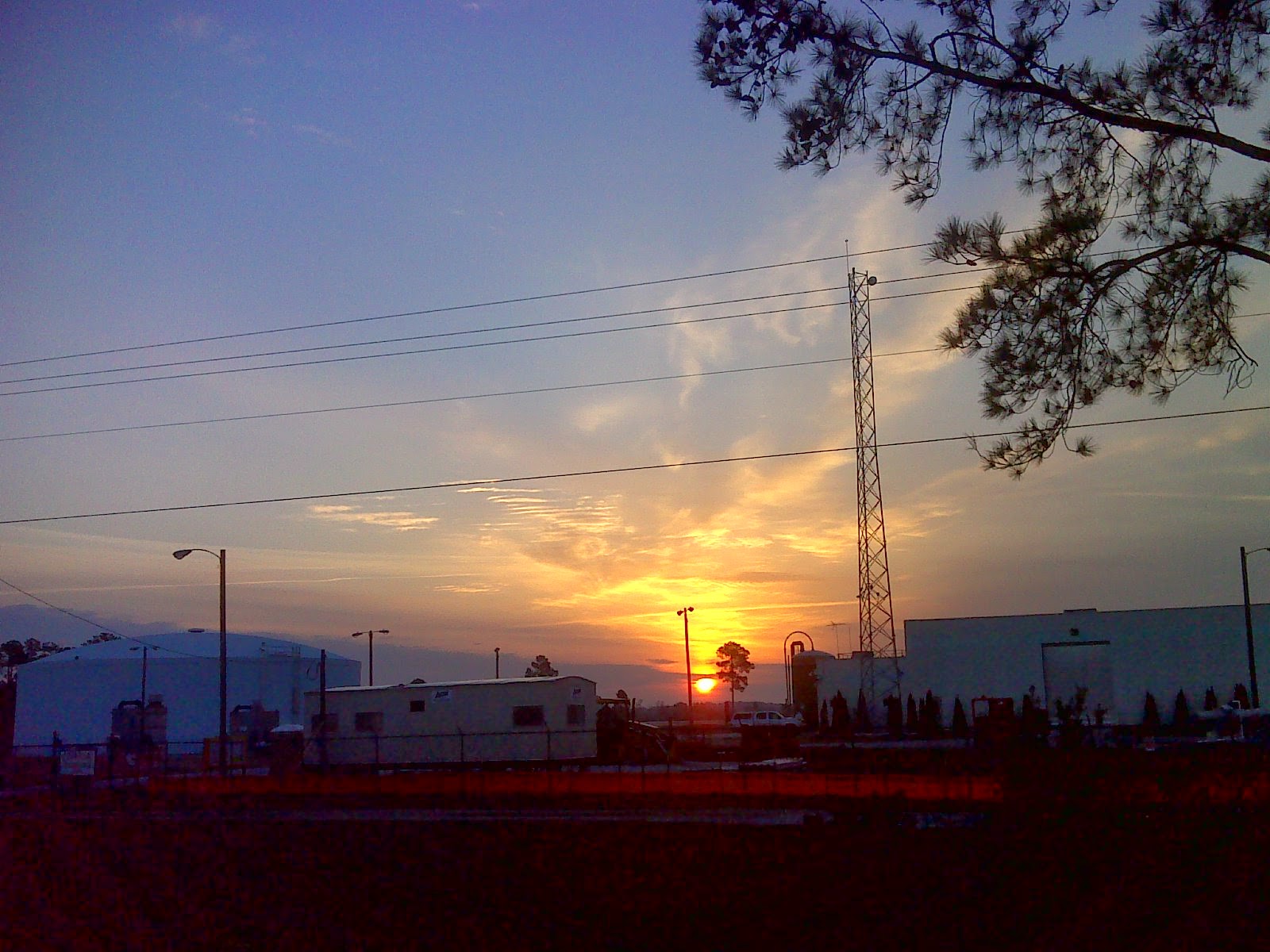 Below is the GPS track for this section of the trail with a link to a slide show with many more photos, some taken in previous hikes, including several taken in the small Stones Creek Game Land parcel adjacent to High Hill Road where there is an opportunity for a detour through very pretty woods, but it's not the designated MST.