In my opinion this is the heart of the Cape Fear Arch route of the Mountains-to-Sea Trail.  Holly Shelter Game Land is a massive 64,743 acres of largely unspoiled, ecologically diverse wild land. There are nineteen miles of wilderness hiking on little-used dirt roads between the two gates and campsites at either end, and another five miles along Shaw Highway before you leave Game Land property.

The hike is virtually flat, but the diversity is delightful.  You'll see beautiful examples of the fire-dependent Longleaf Pine Savanna ecosystem - my personal favorite.  The last shot was taken in an area that was just burned within the last few weeks. 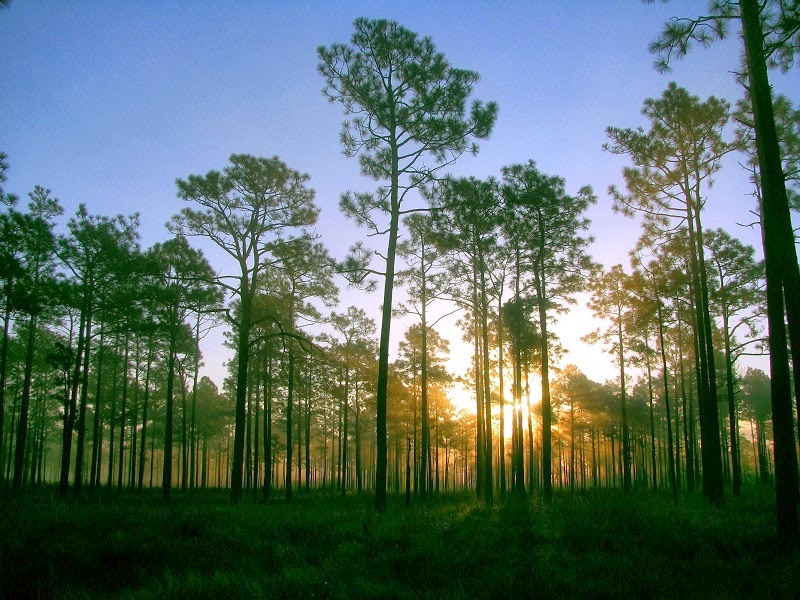 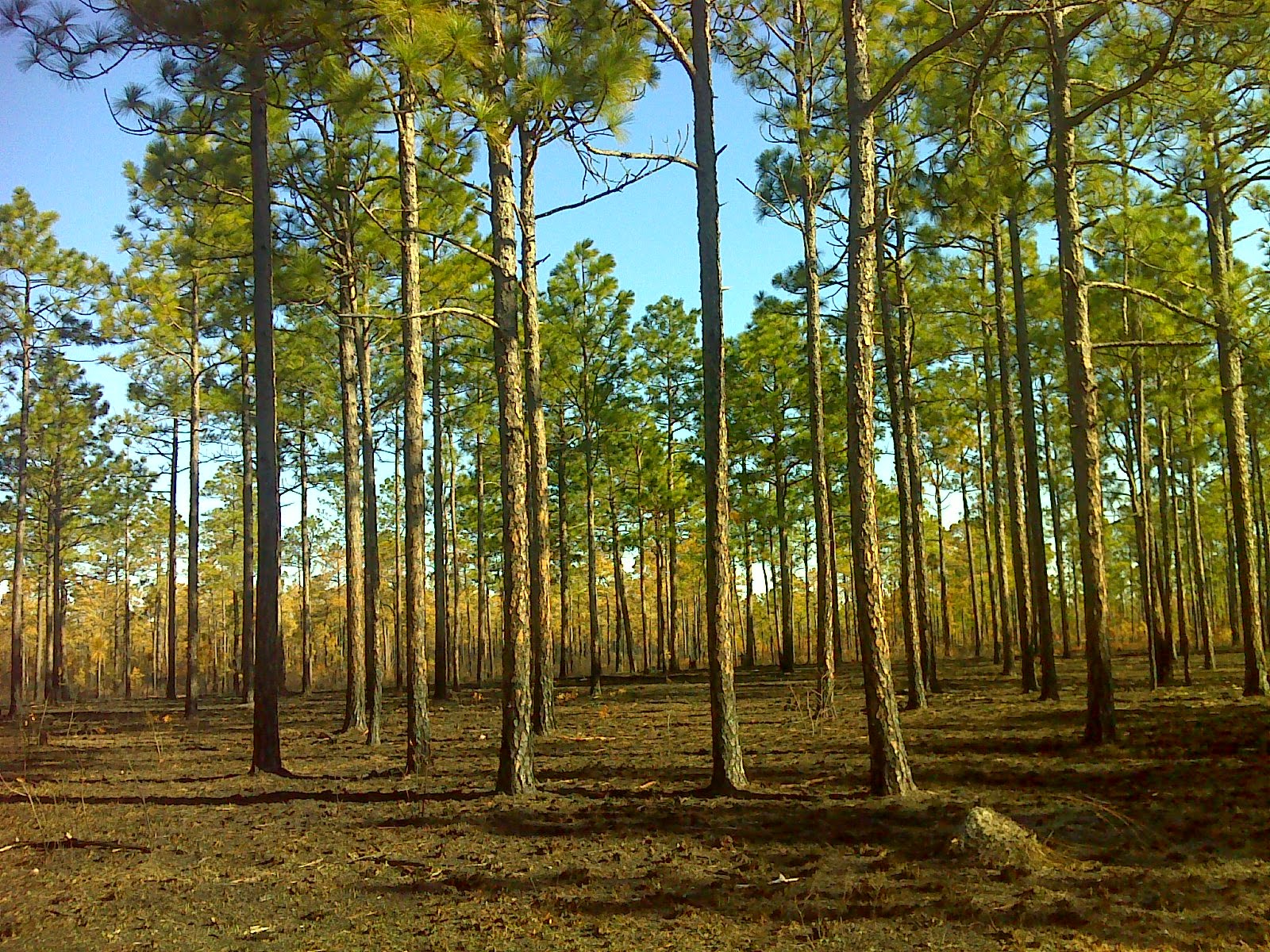 You'll see Pond Pines, such as this mature specimen,


You'll walk the seldom traveled, park-like section along Military Road where the Red Maples provide both spring and fall color.  Here's the spring example.  Red Maples go to seed before they begin to produce leaves: 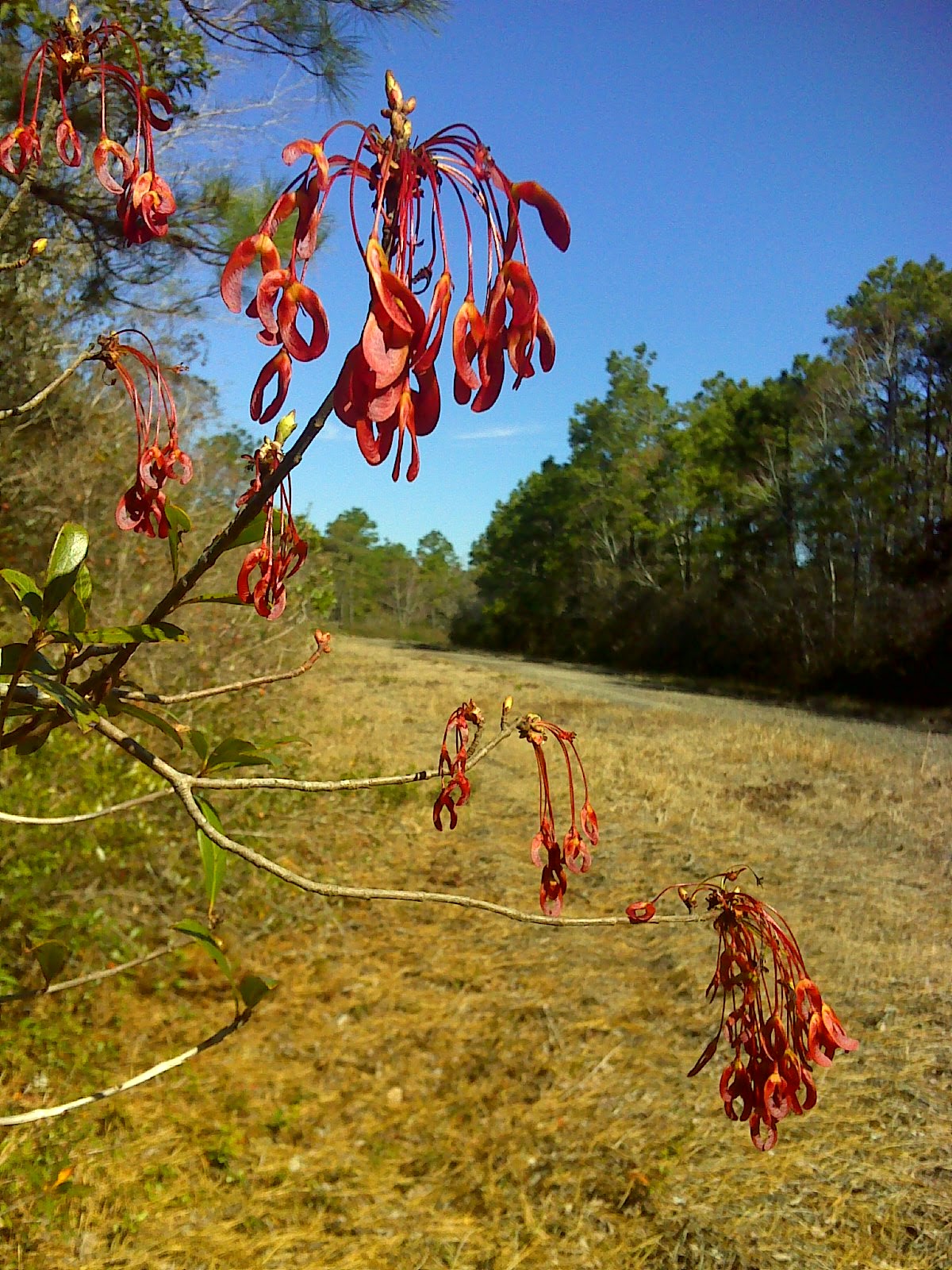 And Red Maples are prone to infestation by the semi-parasitic Mistletoe.  It's not entirely parasitic, such as dodder, because its green leaves sustain it - it primarily relies on its host only for water.  This is a ubiquitous plant in eastern NC, but this is a pretty example with the host Red Maple in flower and the cerulean blue sky providing wonderful color contrasts:


In the middle section of Holly Shelter there are vast tracts of peat bog and pocosin, much of which was devastated by a massive 2011 fire.  The spring and summer of 2011 were unusually dry, and when the fire started, it moved down into the peat and could not be extinguished.  The fire burned all summer until Hurricane Irene drenched it in late August.  Here are two scenes from the MST route that look like the aftermath of nuclear war: 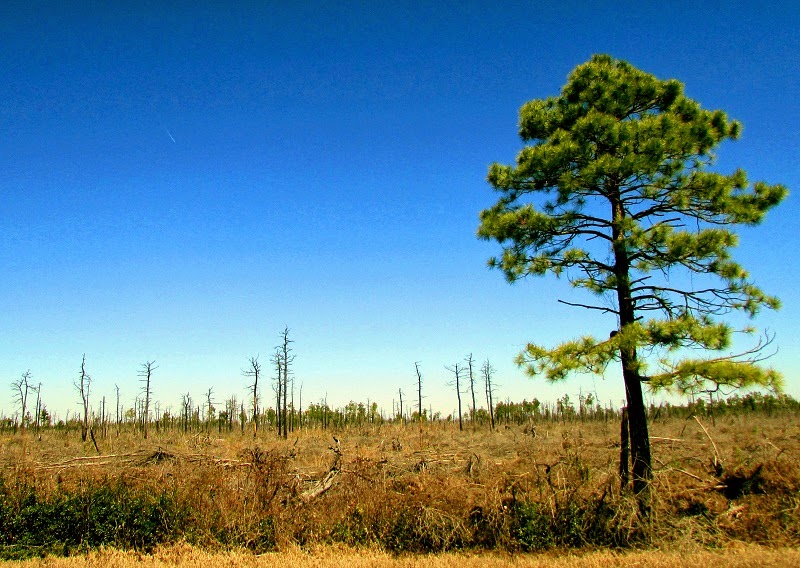 There are prettier wetlands as well.  Here's a roadside ditch greening up in the bright spring sun: 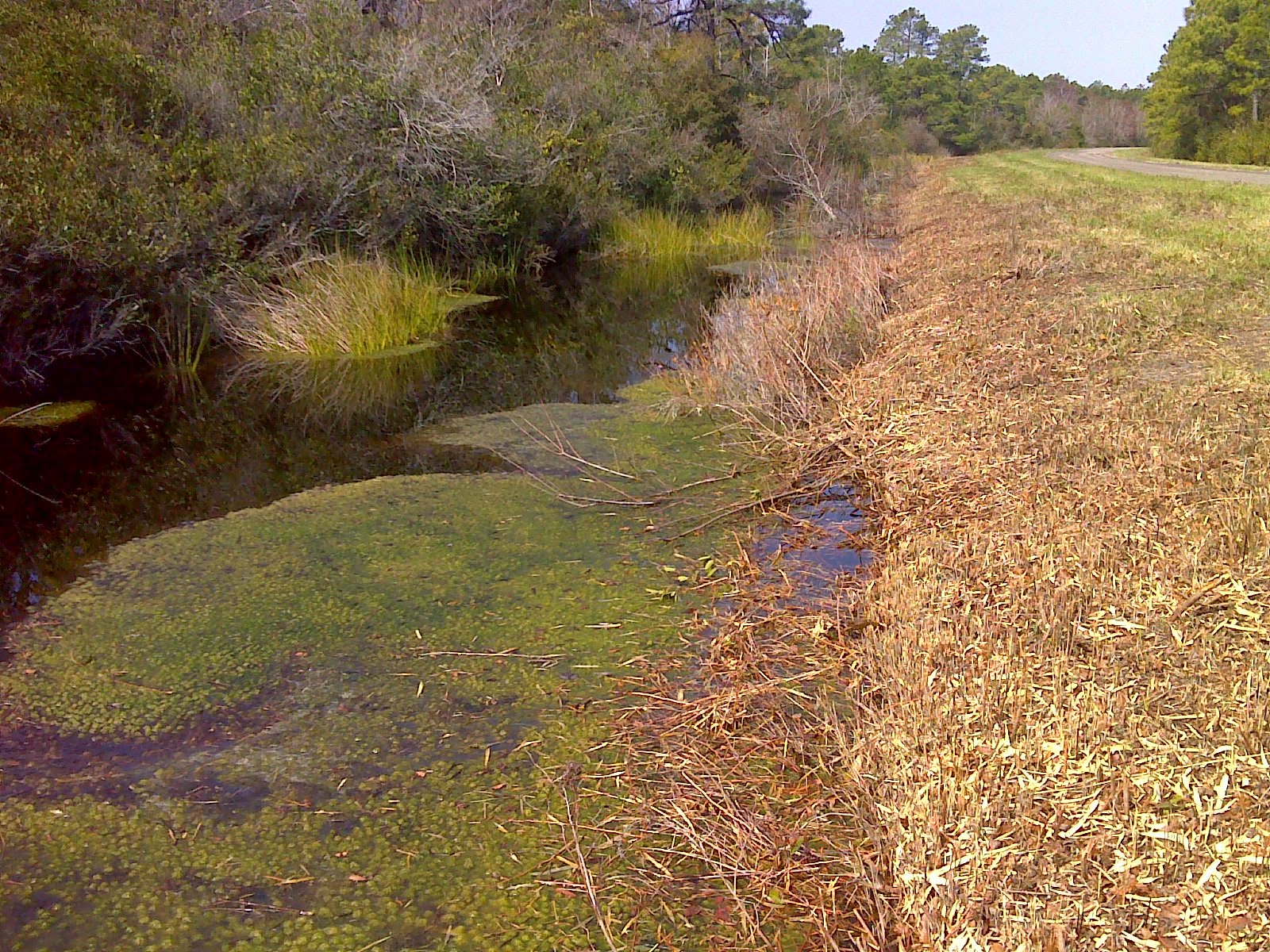 And here are views of Ashes Creek and navigable Holly Shelter Creek: 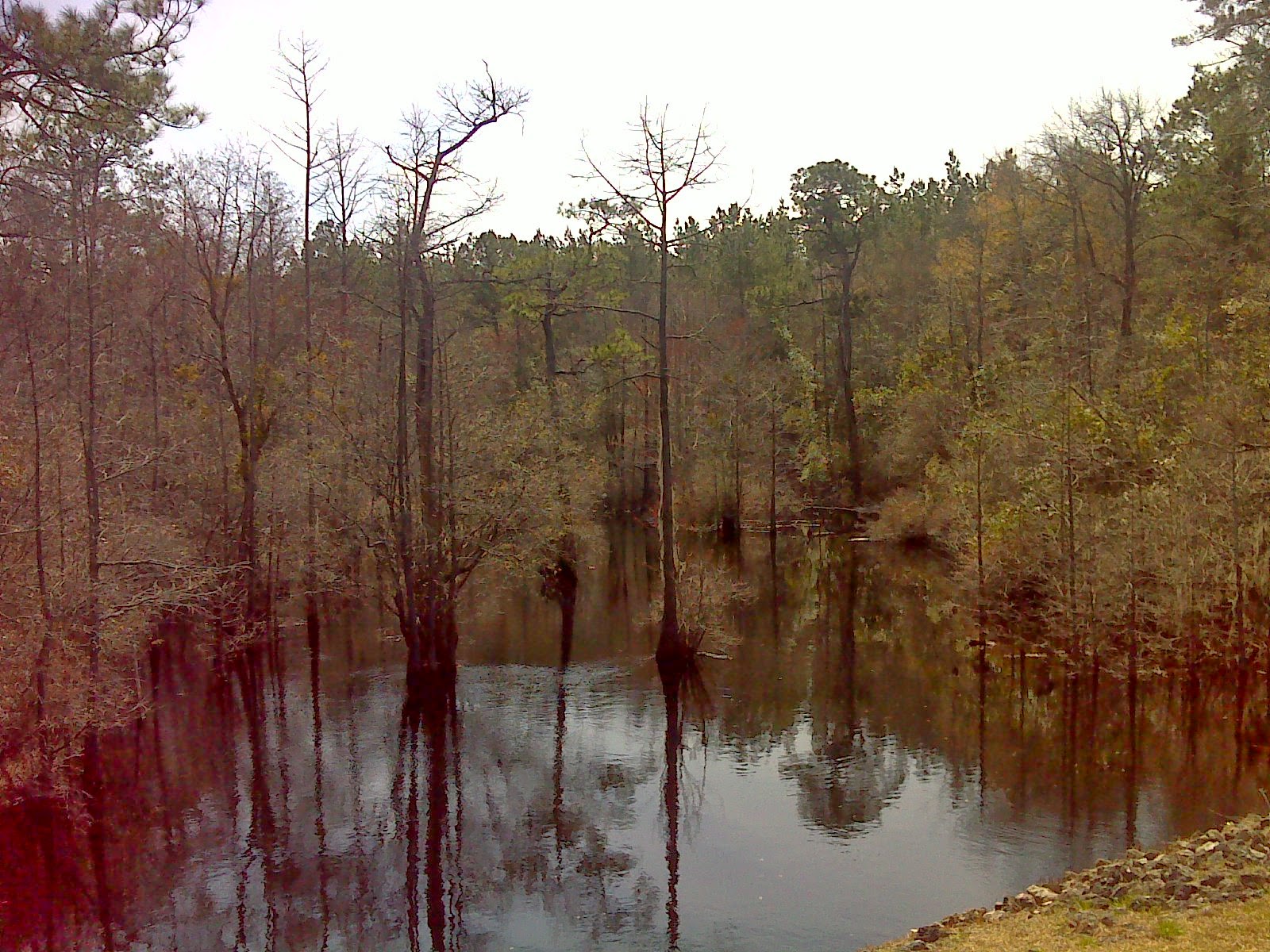 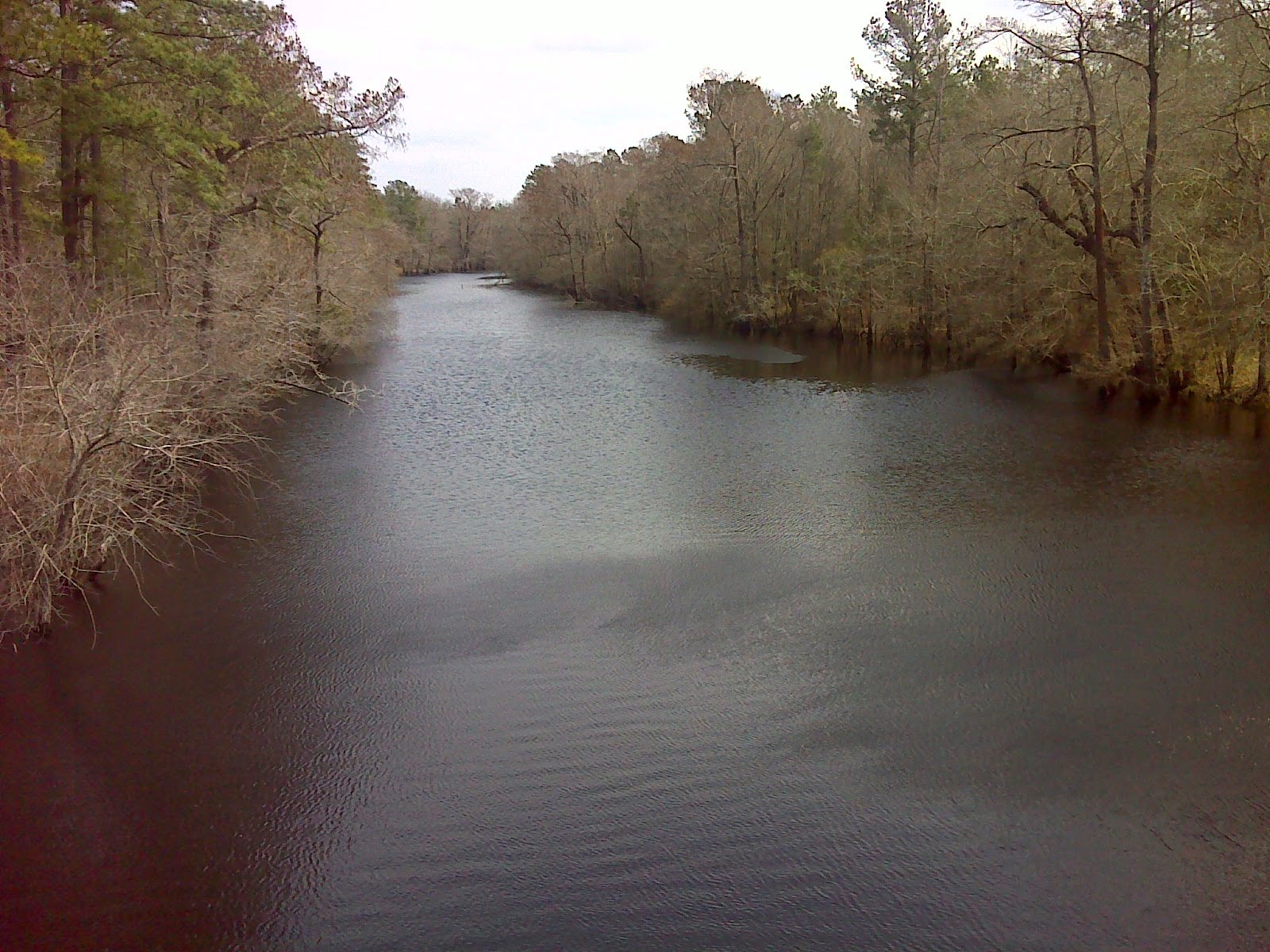 This ecosystem special because it is host to a number of unusual, rare, threatened and endangered species of plants, including a number of carnivorous plants that supplement their intake of nutrients by trapping bugs.  The most famous of these is the too-often-poached Venus Fly Trap. 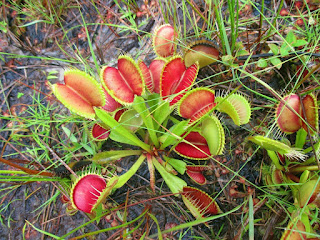 And of course there is abundant wildlife, including turkeys in great flocks, bear, deer, coyote, fox, water turtles, snakes, and plenty of waterfowl,  including the great blue heron.  Sadly I saw only glimpses, tracks and scat as I hiked through - got no useful photos.  Maybe next time.

Because of the nineteen miles of wilderness hiking where camping is not permitted, the hiker needs to be well prepared before plunging in to Holly Shelter Game Land.  It may be a long day, but the experience will be well worth the effort.

Below is the GPS track of the MST route through Holly Shelter, which matches the map provided up top. The map above provides more detail of the surroundings, the link below provides more data and a slide show: