On a bright sunny windy Valentine's Day I left home at 5:30AM and made the four hour drive to Jockey's Ridge State Park in Nags Head, NC: the eastern terminus of North Carolina's 1000-mile-long Mountains-to-Sea Trail.

And so the adventure began.  The first order of business was to climb the highest dune, about a half mile south west of the park's visitor center.  Almost nobody was out on the dunes on this chilly February morning, but fortunately I was able to persuade one of three guys setting up a hang glider down in the flats to snap the photo that officially began my hike.

I climbed the dune, fighting the wind that the hang glider guys were here to exploit, and snapped another photo from the top.  Note the very interesting patterns in the eroded wet sand at the bottom of this photo.


Then it was off past the very first 2-inch circular white blaze, 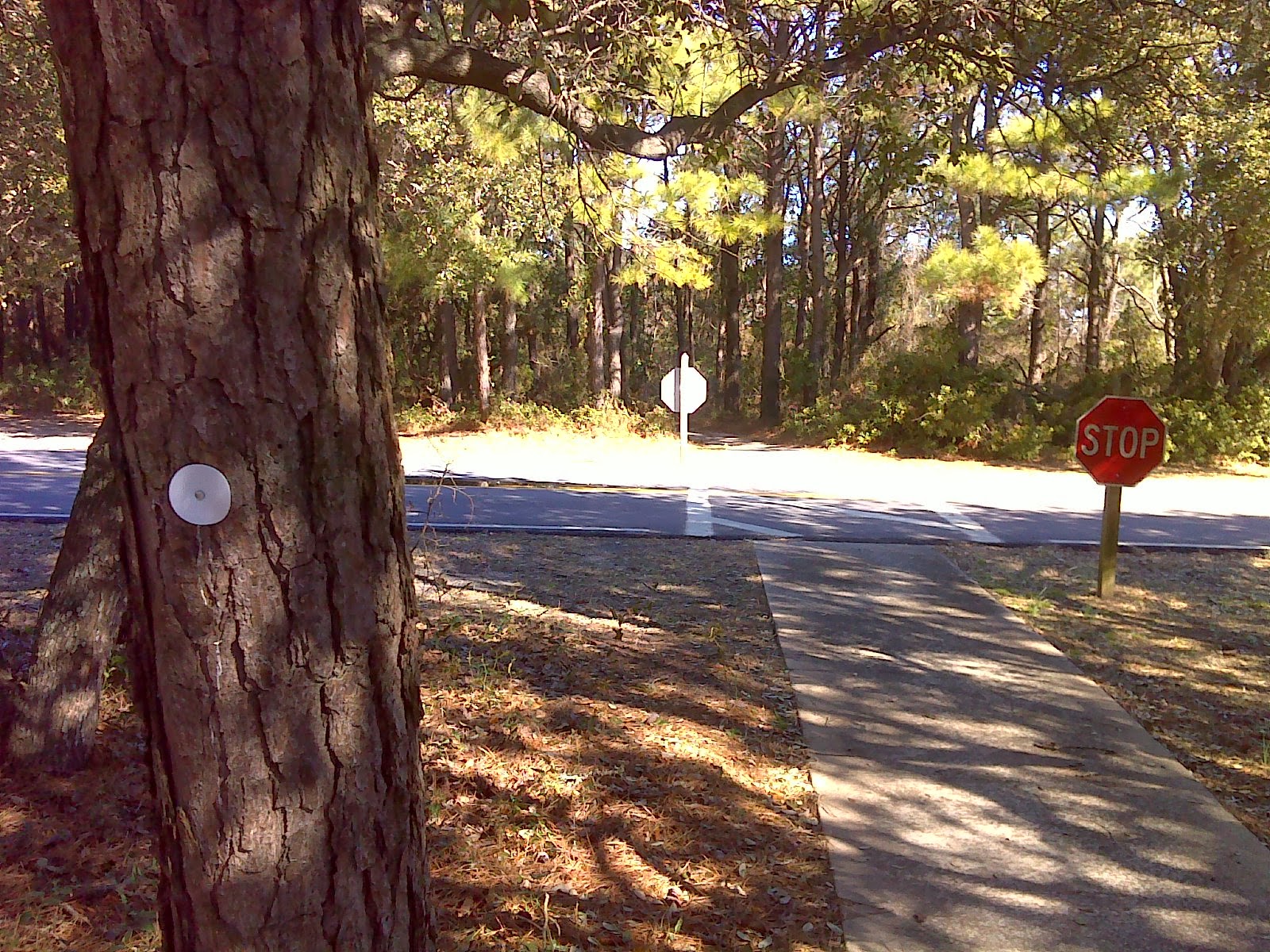 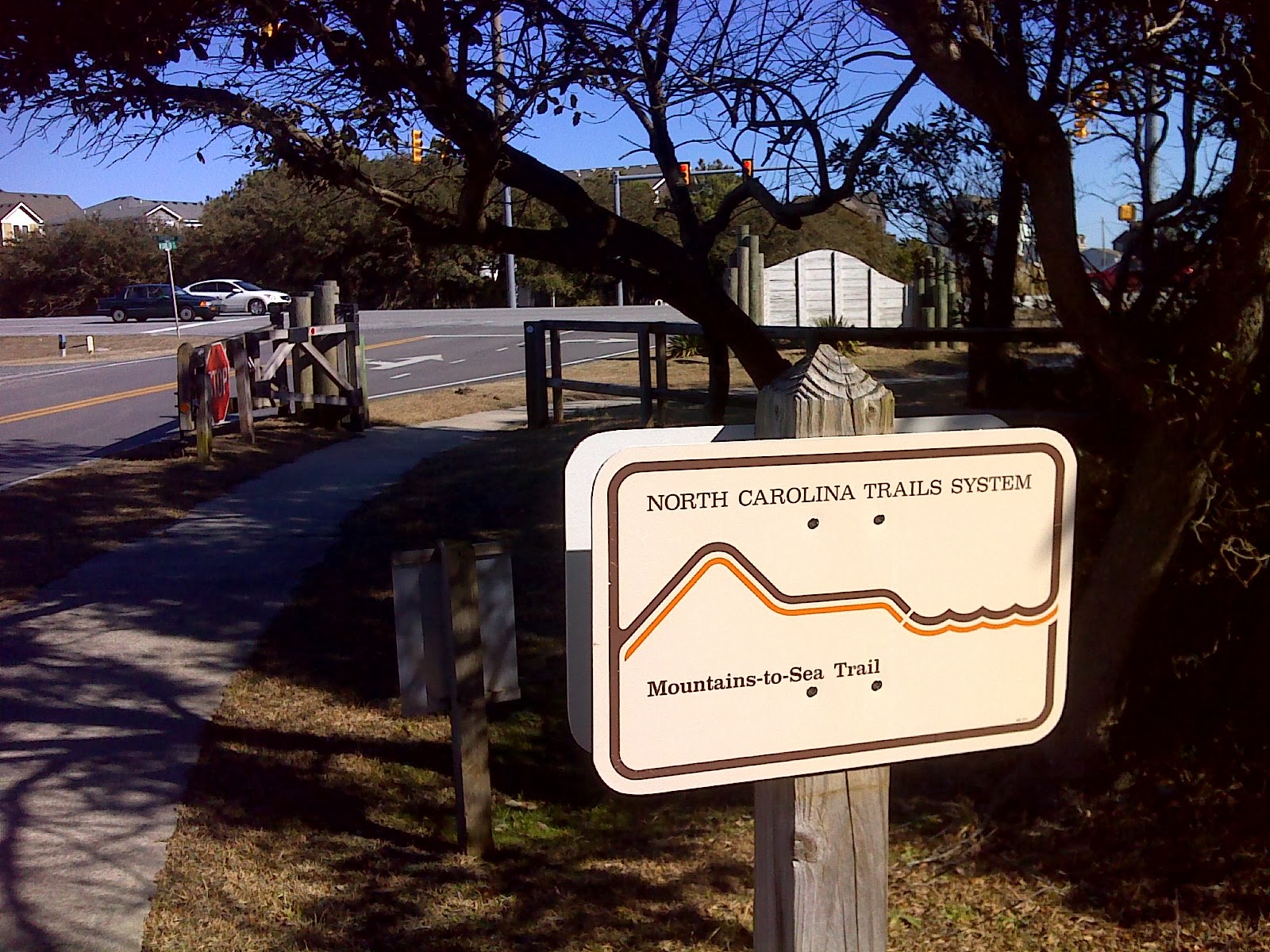 and on to the beach just south of the Nags Head fishing Pier. 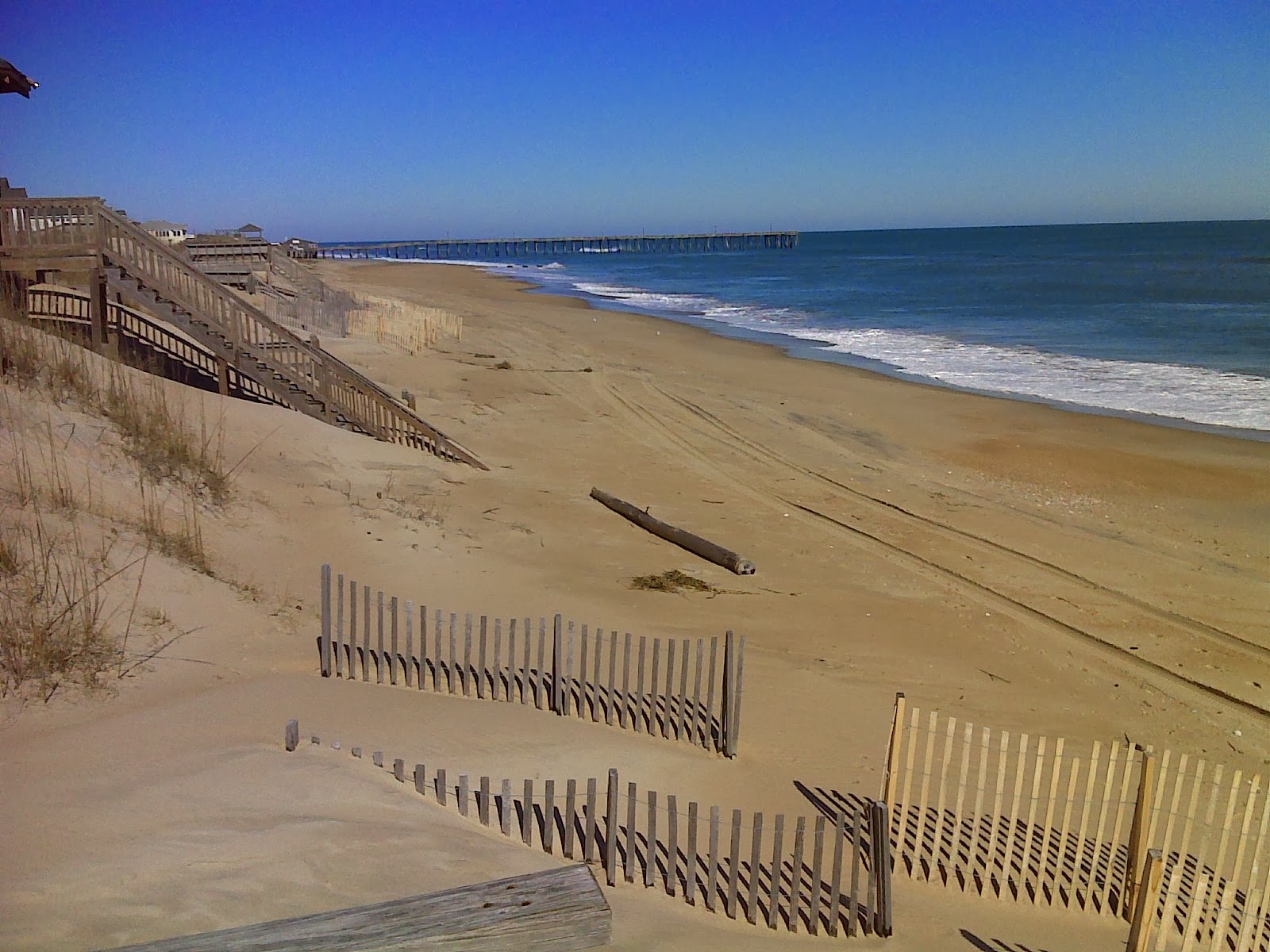 Because of my late start and the need to establish some logistics, I only hiked about 7.4 miles of the MST - 6.9 miles if I am to believe the park ranger at the Visitor Center who told me that the real bureaucratic/technically valid eastern terminus of the trail is not at the top of the highest dune but at the Visitor Center.  But regardless of the technicalities, the mileage was packed with fun.

Once out on the beach it became apparent that the mid-week storm with its full-moon-enhanced high tide had made its mark.  Some long-standing sea-bottom snags had been washed ashore and all up and down the beach new wind-whipped dunes had wreaked their havoc--piling sand up in new dunes that blocked some access walkways to a depth of 3 or 4 feet.

I passed the impressive Jennette's fishing pier, which has been massively upgraded since my days of Nags Head family vacations back in the 1970's.  It now sports wind turbines and all-new concrete piers seemingly designed to withstand anything that Mother Nature cares to conjure: 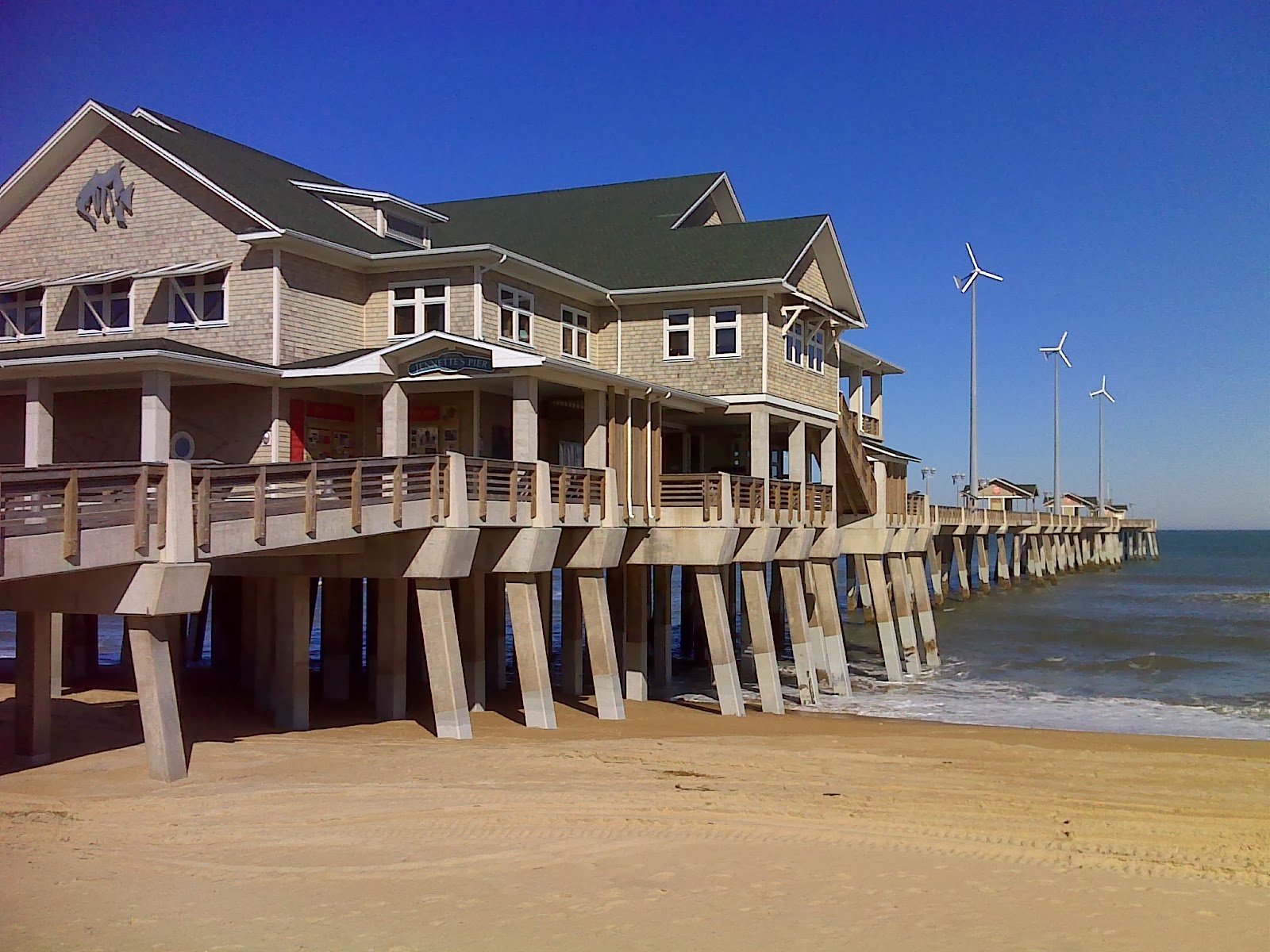 It was a bright sunny day, and the sunshine matched my mood.  It felt *so* good to be back on the trail, to be seeking meaningful fellowship with the fundamental things in life again, and to have a mission that will challenge me and leave me with indelible memories.

Here's the map of today's hike as recorded by my GPS.  Each little red pin marks the site of a photo that I took.  I'll be providing my GPS data to FMST throughout my hike.


MST Day 1 - Jockey's Ridge at EveryTrail
EveryTrail - Find the best Hiking in North Carolina
Posted by PJ Wetzel at 10:35 AM