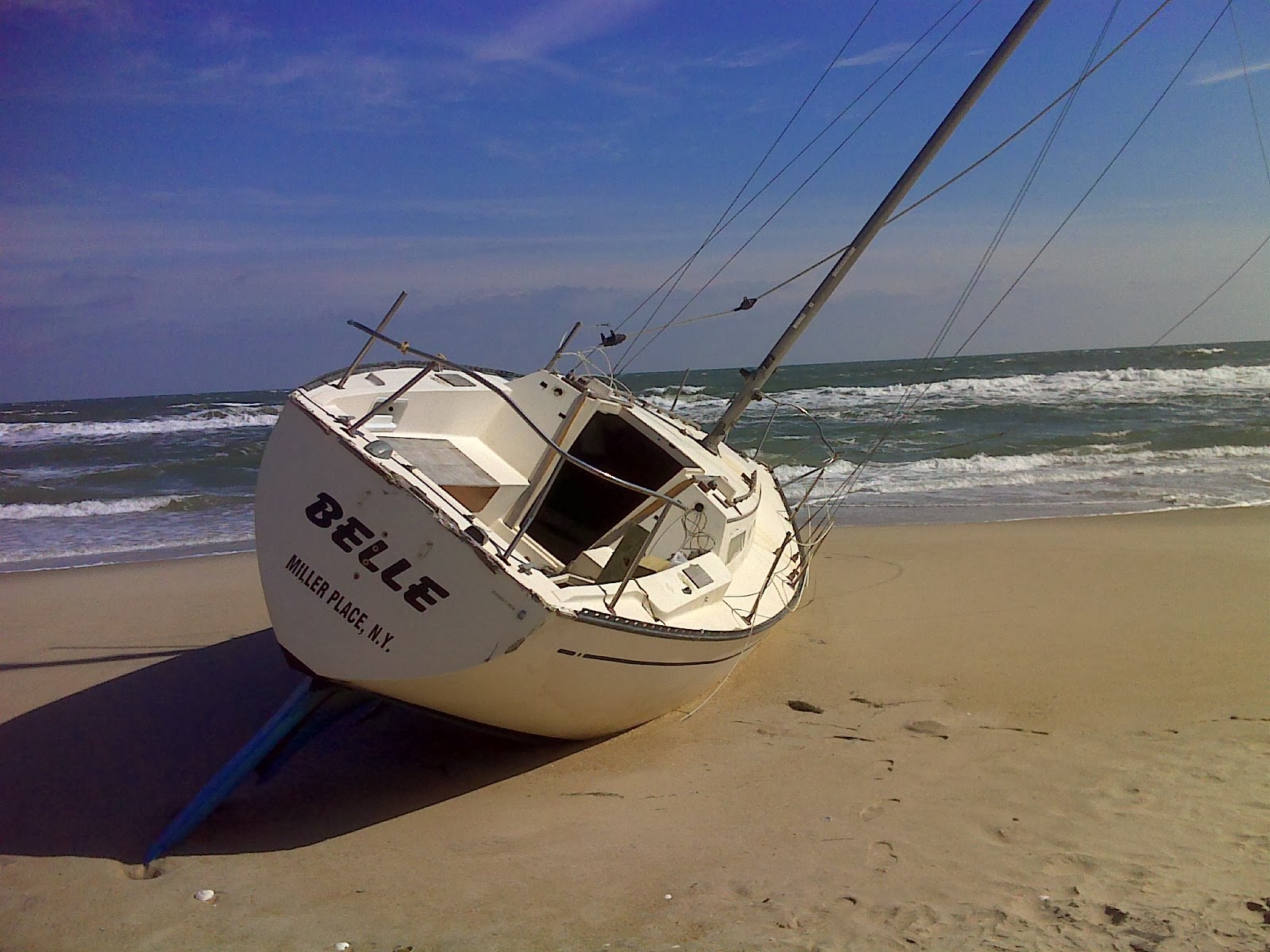 There once was a sailboat named Belle
Who looks like she's gone through some hell
Met her on my walk.
How I wish she could talk.
Imagine the stories she'd tell.

North Carolina's Cape Hatteras region is infamous as a ship's graveyard, and poor Belle is the latest casualty.  Based on the north shore of Long Island, this gal is a long way from home.  I found her on a remote stretch of beach a couple miles north of the Pea Island National Wildlife Refuge visitor center 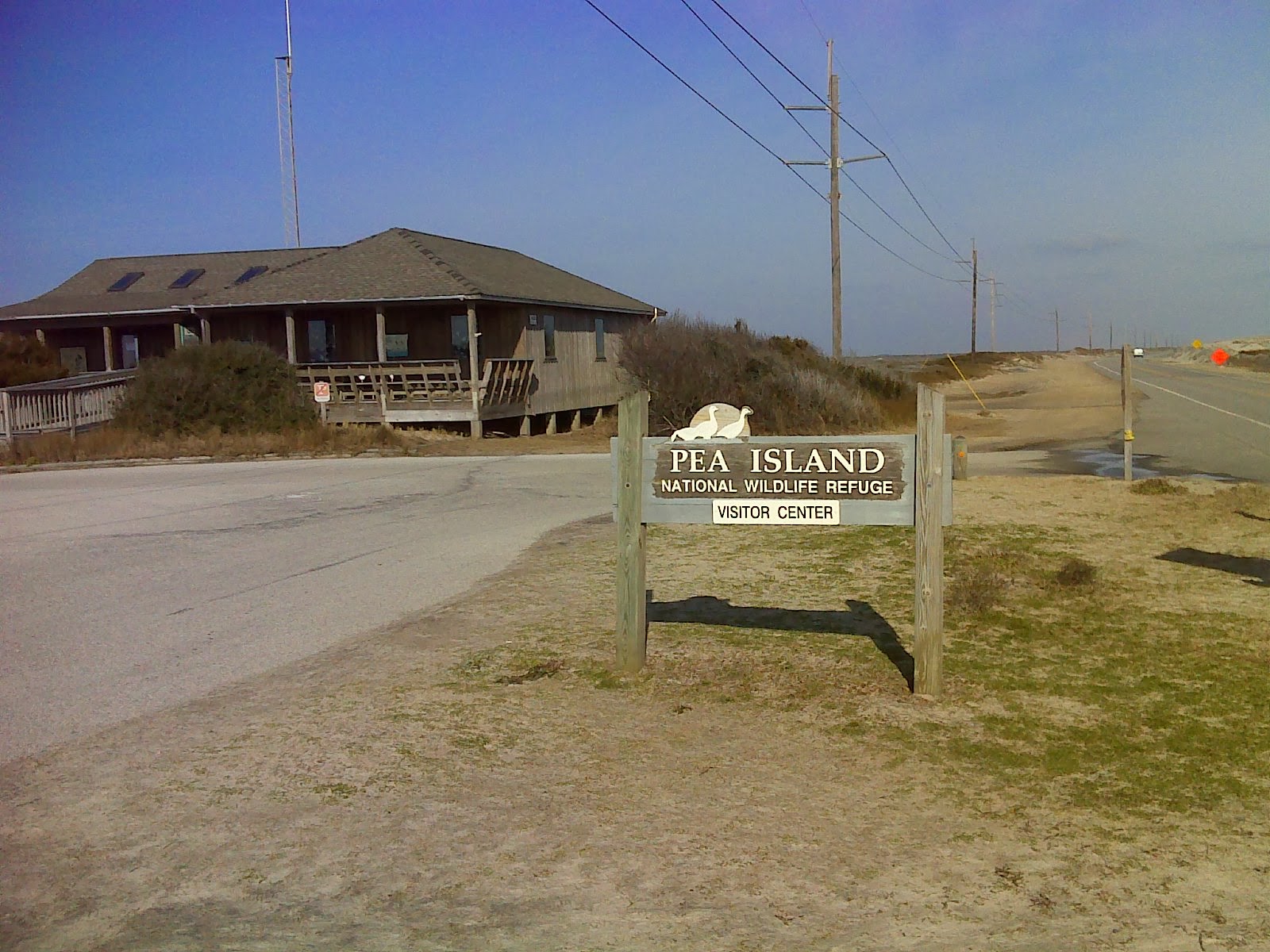 and a couple miles south of the old Coast Guard station house at Oregon Inlet. 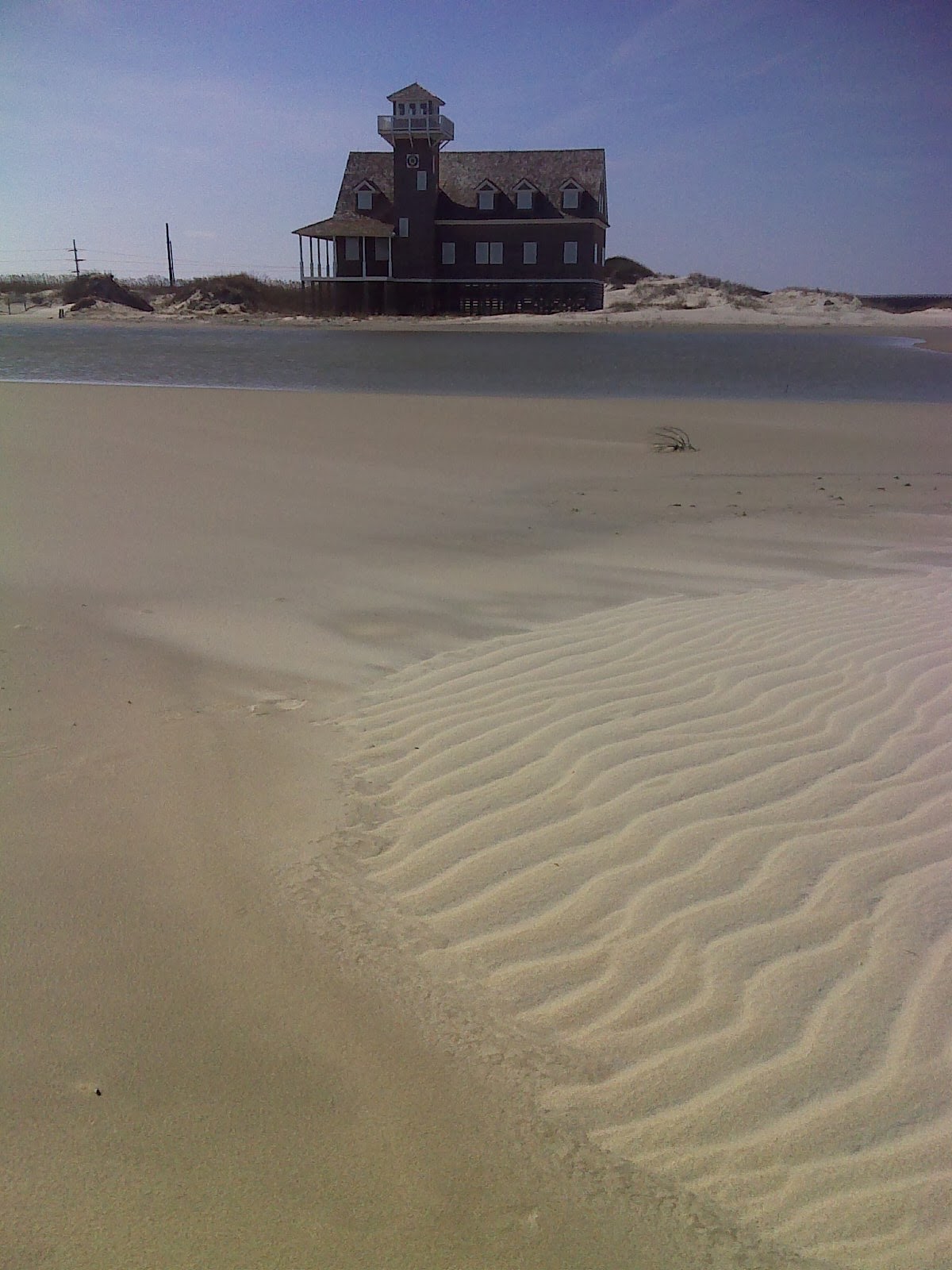 I only hiked a bit over seven miles today, all on the beach.  Logistics, in the form of available access points, demanded that I either do a very long day or this short one.  It seems the triple towns of Rodanthe, Waves and Salvo provide no public beach access with available parking.  I opted for the shorter day because although the weather looks delightful in the photos it was biting cold walking the beach--temperature in the 30's with a north wind of 20 to 25 miles per hour.  I found I needed to use my mountaineering winter down parka and I even donned my ski goggles to keep sand, sea spray and biting dry air from wreaking havoc on my eyes as I slogged into that headwind.  Seven miles of that was enough.

Included in those seven miles was a section of NC 12 where Hurricane Irene (2011) had nearly cut Pea Island in half.  There's a new high tide wash that stretches from the ocean to the sound.  Here's how it looked on August 28, 2011:

In the above photo you can see a paved parking area at far left.  That's the south end of today's hike.  Here's how the wash-out looked to me from the beach today: 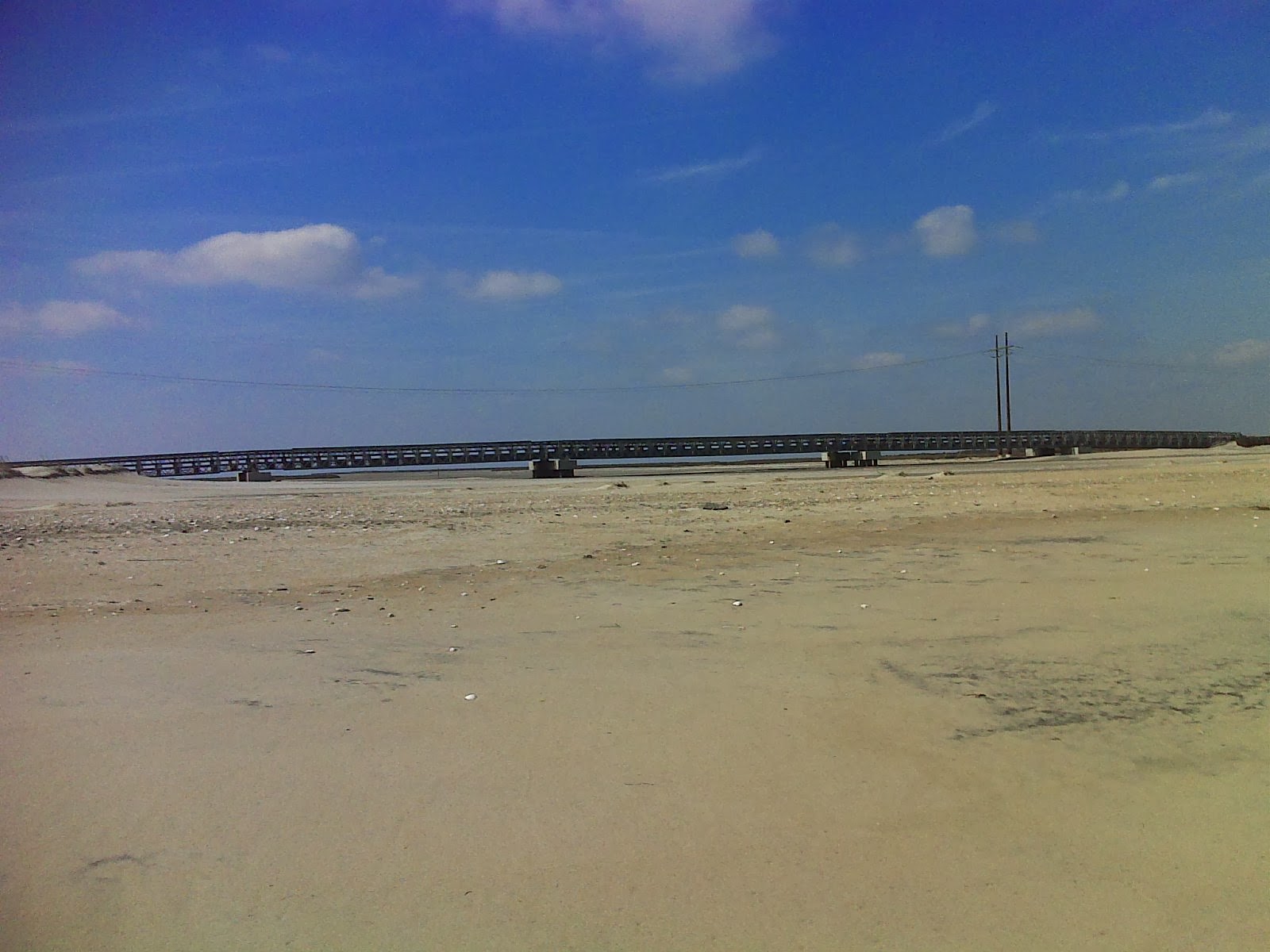 This section of highway has been problematic for years.  Further north I ran into a section of former highway that was now breaking up and littering the beach.  Very likely I drove that version of NC 12 back in the '70's when I first visited this area. Yet another storm recently breached the North Pond dike at Pea Island National Wildlife Refuge.  I mention this because, subject to confirmation from the Mountains-to-Sea Trail people, the four mile loop walk around the North Pond, starting at the visitor center shown in the photo above and ending at a kiosk 1.65 miles further north, may (when it is open again) be the official MST route.  Since that loop is closed while they make repairs, I didn't need confirmation of the correct route to take.  The beach was my only option today.

So at the end of seven miles of hiking this stormy coast I had had enough.  The plus side of the strong wind was the bicycle rides I had to make.  I did all my walking into the wind and then made the return trips downwind.  It was almost like sailing. And fortunately my voyage had a little better ending than poor Belle's. 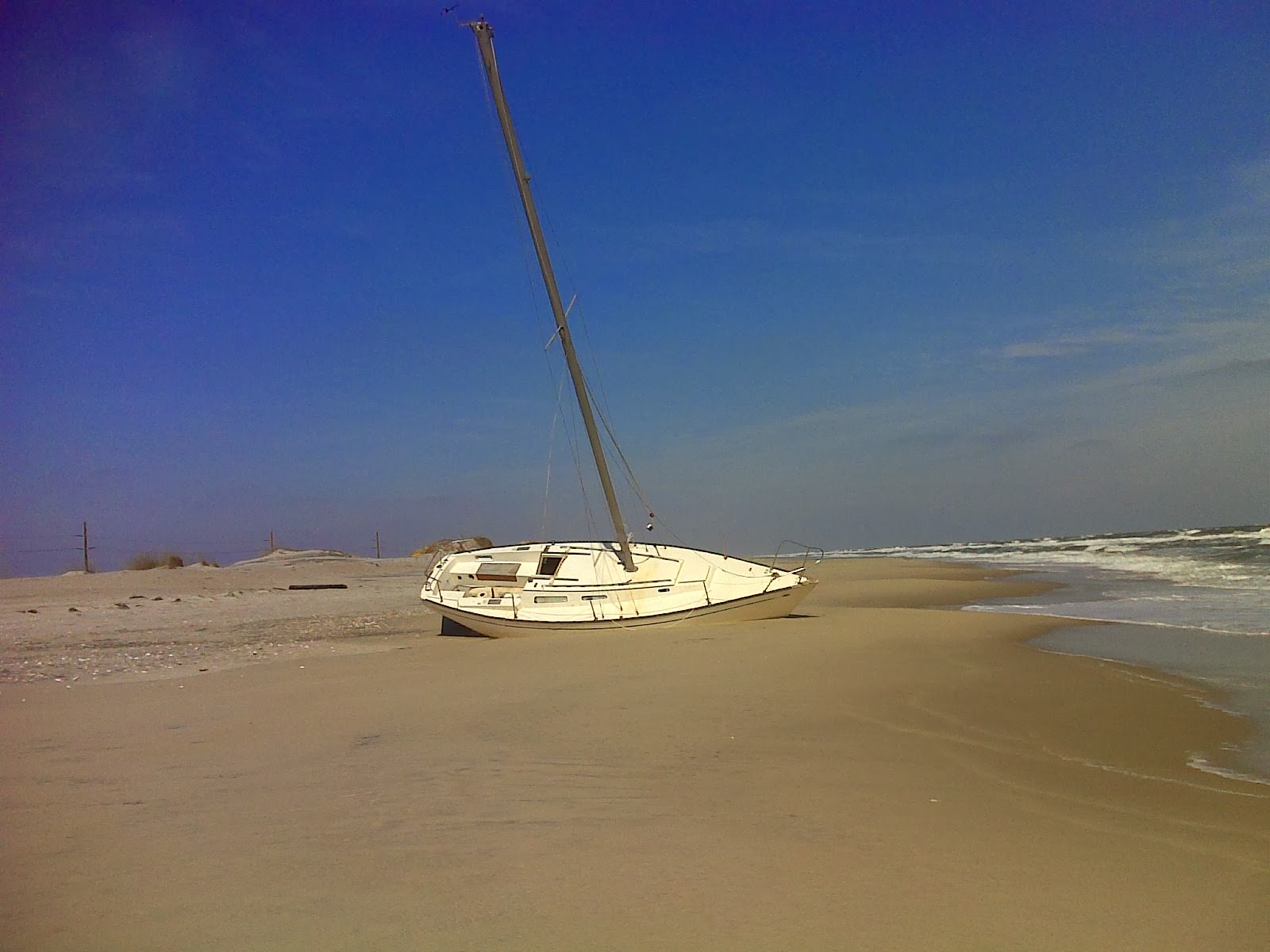