River walk, Muscatine, Iowa, and then I'm assaulted by Our Climate Crisis 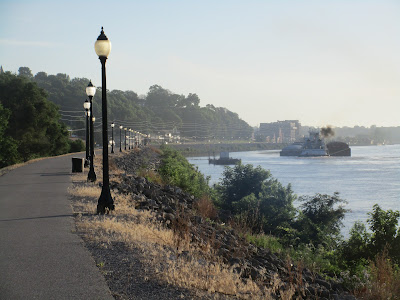 Muscatine Iowa has a very pretty downtown River Walk.  It offers some levee walking, shown above, and again here: 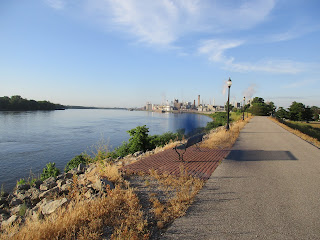 and on the east side of town it rises up for some nice views from elevation.  Here's the best viewpoint, of the Hwy 92 bridge. 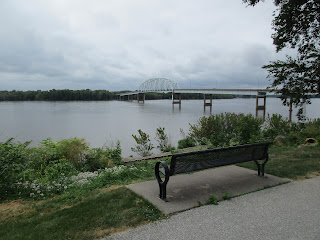 I did most of the downtown trail on an early morning when it was already so hot that my shirt was soaking in sweat within minutes of getting out on the trail.  I'm talking 6AM, when I took this photo (sorry for the bit of dirt on the lens) 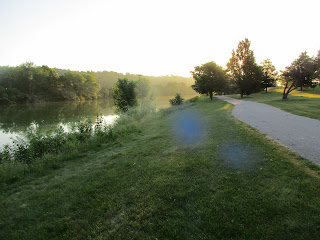 That photo shows where the trail passes through Kent-Stein Park between Baseball fields and an 'Oxbow' lake that used to be the course of the Mississippi River.  It is the westbound hiker's last encounter.  West of there it's on past a Soccer Complex and the trail ends.  Next would be 11 miles of road walk under the blazing sun.  Temperature was already over 90 at 9AM, not a cloud in the sky, no wind, humidity at dangerous levels.  For those who know what dew point is, it was 81 that morning.  That rarely happens in the tropics.  I cancelled the rest of the day's hike.

This area had had a rough year weather-wise.  People were changing their minds about global warming.  After epic floods in spring -- see evidence of months of high water on this river-front sign 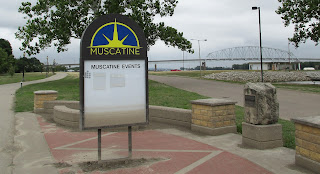 Now it was unprecedented heat.  Still waiting for final official results, but June 2019 was the hottest June, world-wide, since records began, and July 2019 could be the hottest single month ever recorded.


Muscatine was facing deadly 119 degree Heat Index.  It was time to take a break.  I had banking business I had to take care of in person back east, so this seemed like the time to do it.

So after the two days of River-Walk hiking reported here, I took some time off the trail.  It turned out to be more of an adventure than I expected.  I was back doing my sunrise beach hikes for a couple mornings, and was shocked to find a house on my route totally engulfed in flames. 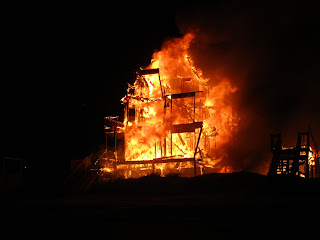 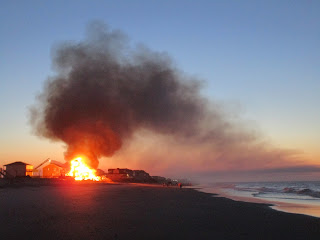 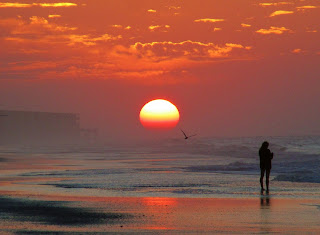 Can we blame global warming for that?  NC's dry heat didn't help, that's for sure.  Corn crops in this area were withering and dying, and many would be a total loss.

I'm back in Muscatine now, after the time away extended longer than expected due to more unpleasant surprises.  Reports will continue soon.

Meanwhile here are the GPS Tracks for the two days around Muscatine: 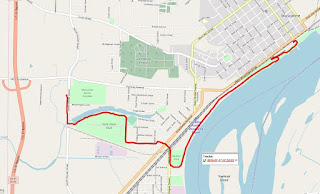